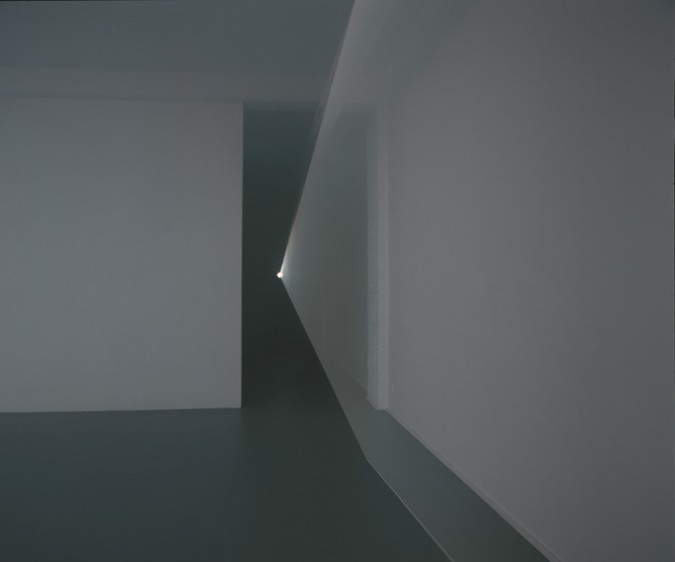 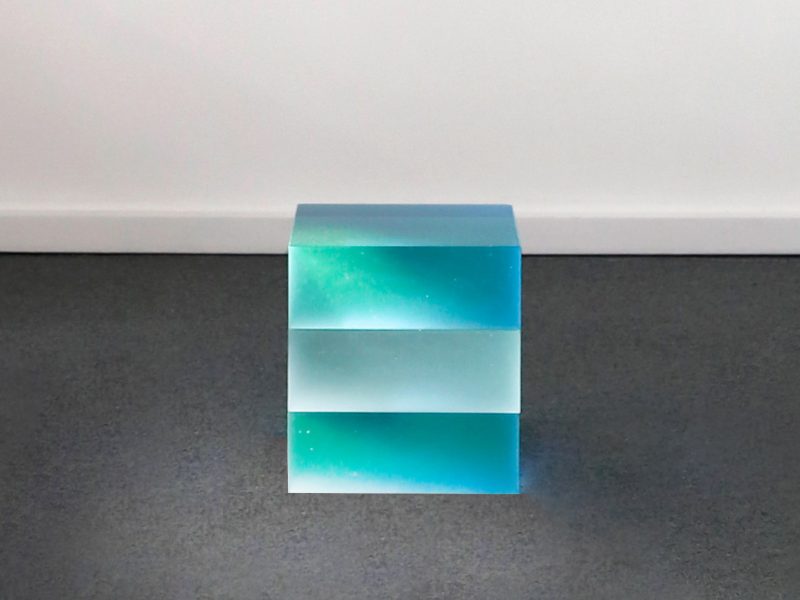 My first constructions, made during the mid-80s, were spatial extensions of existing architecture. These graftings at once formed and gave onto what I call « super spaces » : the spaces surrounding a given space, spaces without space, places for the capture of light, cement and glass cases, spaces conceived as springboards towards the void. It is this void that I try to set in motion, conferring upon it a kind of temporality. I always experiment with the possibilities of rendering fluid the perception of matter or architecture which I see as some kind of obstacle to movement and sculpture. My use of light to infiltrate matter and architecture is undertaken with a view to provoking a perceptual experience wherein this materiality is made unstable, its resistance dissolved. This movement is often provoked by the brain itself.

My projects are often based on technical or scientific facts. The resulting plastic proposition is then akin to a laboratory revealing its discoveries. Cognition, reflexes, meanings and psychology lie at the heart of these experimentations. The spatio-temporal experiences are, in fact, closer to something like hypnosis, but with the will, nevertheless, to return to reality rather than escape from it. By pushing back the limits of perception, by rendering visible the invisible, these experiences act as passages from one reality to another …
It’s a question of thresholds between two states of perception, between shadow and light, the defined and the undefined, silence and explosion; the threshold where the image reabsorbs itself.

While cycling, for example, one cleaves the air, one can become fully conscious of this breaking through the transparent materiality of the light and air. Or when one is confronted with a mirage, and reality is perceived in a state of suspension. Such experiences enable one to apprehend forms and intense luminosities existing in a latent or ephemeral fashion. These are momentary effects that could be compared to those produced under the influence of a drug. It’s a question of provoking an experience of excess, of the surpassing of limits. Situations of dazzlement, remanence or the persistence of vision, vertigo, saturation, speed, and exhaustion interest me in as much as they allow us to structure ourselves around a threshold of visual/temporal/physical/ psychological instability. A work such as Donut (2003), for example, acts as a centre of diffraction, from whence, after several minutes of exposure, the visitor might mentally move in a virtual space wherein he or she envisions a system of luminous coloured waves, their movement akin to the ricochet effect of concentric waves on the surface of water. This is an experience of spatial and chromatic intensity.

Contrary to the works of Op Art – a movement that doesn’t really interest me – the situations created by me are not reducible to (more or less spectacular) formal effects, but must be perceived in a context that could be considered political. They occur, for the most part, in a public space without imposing a fixed form or being directly prehensile. They are ephemeral sculptures whose action consists of being dispersed in a given space, infiltrating this space rather than imposing upon it. In effect, I investigate the permeability of contexts (architectural/social/cultural/political) even as I propose a form of deconstruction that fragments our perception of these contexts. Erasing one side of a coin, for example, and thereby substituting the official imprint by a surface smooth enough to reflect rays of light, is one way, among others, of circulating this fragmentation. What is foregrounded, then, is the fragility of signs rather than their strength.

Gazing at mist is an experience with contrasting effects. It appears to abolish all obstacles, materiality, the resistances specific to a given context, and at the same time, it seems to impart a materiality and tactility to light. Mieke Bal speaks of an “incarnated gaze”. One moves in a space bathed in light, groping one’s way, without constraints and apparently without limits. One’s perception of time is transformed, there’s a slowing down if not a suspension. It’s as if one were in a slow-motion film with almost no images. All the markers have disappeared, the light illuminates nothing that could authorise our wandering. One’s eyes become glazed, one experiences a kind of amnesia, one is returned to an interior space opening onto unheard of perspectives. The other is surely there, an appearance that, in the dense luminosity, could just as quickly disappear.

Blue, Red and Yellow, 2001, is the first autonomous sculpture to formulate this concept. This pavilion, measuring 9 x 4.5 x 3.5 meters and installed on the terrace of the Neue Nationalegalerie Berlin, let itself be seen – by virtue of its proportions – as a sculpture in the context of Mies Van der Rohe’s building, whereas indoors the experience of the space seemed distended. The translucent walls of the pavilion were covered with transparent films in blue, red and yellow. A dense mist pervaded everything. And this coloured mist in which the spectator wandered was modified according to his or her position in relation to the proximate colour. The colours fused at the intersections, and the spectator advanced in a dematerialised coloured abstraction.