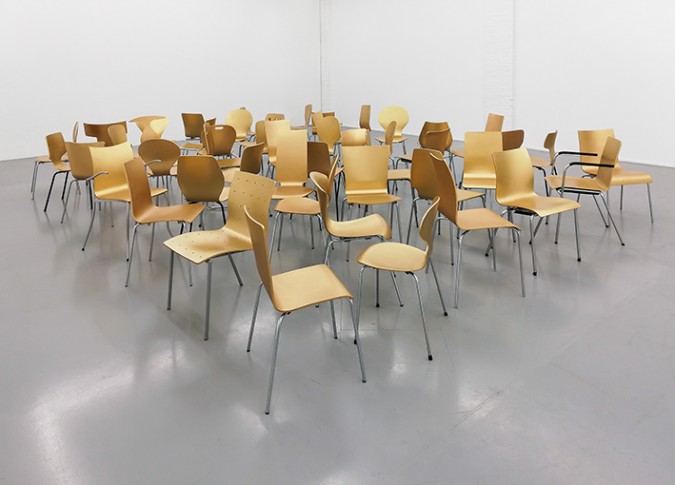 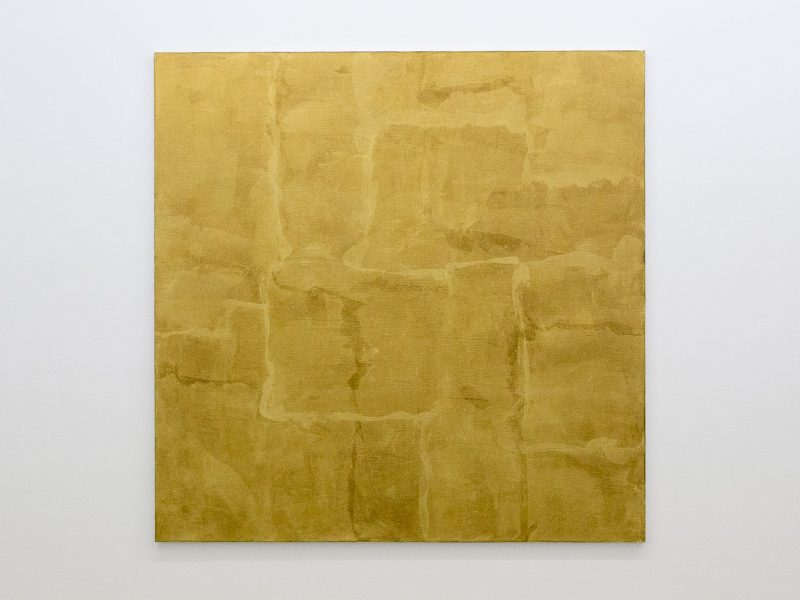 Heimo Zobernig’s earliest work at the beginning of the eighties explored the possibilities of geometric abstraction that had survived after Modernism. It was a time when the opulent brushwork of the Wild New Painters literally seemed to demand reduction and objectivity from the younger generation. Zobernig challenged their mythically overloaded images with a language of sober forms. Clarity, functionality and pragmatism characterized his approach as he engaged to productive effect with the relevant twentieth century traditions. He carries on from the artistic projects in the history of art which had developed abstract formal languages and had in broad terms distanced themselves from the idea of art as an esoteric, transcendental and metaphysical superstructure: Constructivism, the De Stijl movement in the Netherlands or the Zurich Concretes. At first glance Zobernig’s reductive formal language has more in common with American Minimal Art. Simple grids and materials like expanded polystyrene recall the objectivity of the Minimalist works of the Sixties, objects, whose self-reflectivity is programmatic. Minimal Art dispensed with titles of any sort, a practice which Heimo Zobernig has adopted. The question of the meaning of the art object is left open, or the answer is deferred to the viewer. [1]

In the year 2000 Heimo Zobernig began the intensive production of grid paintings. It was a somewhat surprising development, not so much the emergence of the grid per se (it had, after all, made an appearance here and there in Zobernig’s earlier work), but rather the concentrated and sustained nature of the project, which has continued to the present day. In fact, one wonders whether the artist was deliberately waiting out the twentieth century to get a fresh start on this historically loaded motif. It is not such a farfetched theory if we accept Krauss’ archaeology and recall that the idea of the Enlightenment and the history of colour theory basically underpin Zobernig’s engagement with modernism. In other words, if it is possible to claim that the grid is emblematic of twentieth century art and proceed to demonstrate its frequent presence in the nineteenth century, then surely there is a certain logic in not taking up the grid until now. Whatever the case, one thing is clear enough: notwithstanding any apparent belatedness, Zobernig has once again brought something to the table that allows us to continue to critically view the great modernist project as in a perpetually unfinished state. [2]