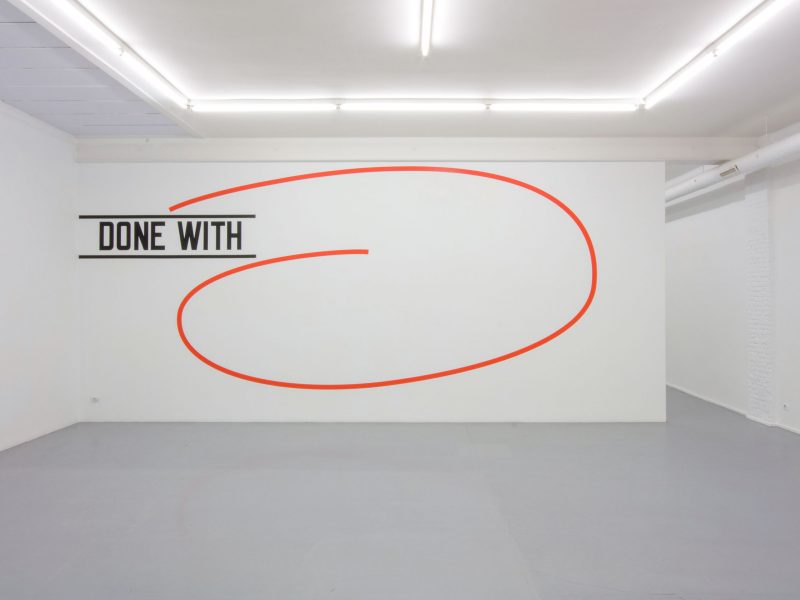 Throughout his practice Lawrence Weiner has pursued inquiries into languages and a radical redefinition of the artist-viewer relationship. Translating his investigations into linguistic structures and visual systems across varied formats and manifestations, he has produced books, films, videos, performances and audio works.

The belief at the core of Lawrence Weiner’s work is that art is a material reality between human beings and objects and between sets of objects in relation to human beings. Weiner considers language to be a sculptural material and believes that a construction can function as adequately as a fabricated object.

His statement of intent published in 1969 states:

As a proposition of statement, each work need not to be confined to an existence in one realised form, place or time but might be constructed in different contexts.