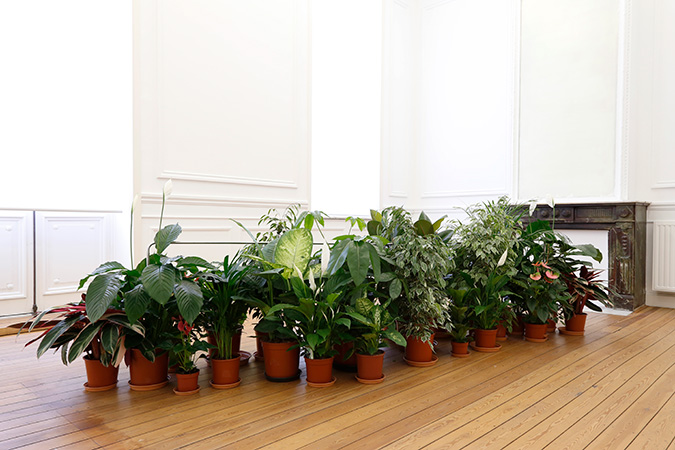 Art is that which transforms

Until some time ago, whoever was interested in Art had little time and little patience to reflect on Art itself. What revolved around art was more interesting: money, prestige, politics… Then came the fall. So, before it becomes clear to everyone which sector of art will be the next to have prestige, I would like you to hear what I have learned about it in my more than thirty years of militancy.

My audience will have to excuse me if this reading seems more like a suitcase into which one throws, pell-mell, whatever is useable on a trip, than a home in which one lives an orderly life; but I know that you are in a hurry to leave, and I don’t want to take up too much of your time. So, I’ll say concisely that I have learned that art is that inner aptitude of natural phenomena – both physical and natural – which alters their course, augmenting their definition: as a result of the artistic act, the phenomenon will no longer be definable as before.

At this point, I’d like to introduce a scientific term which still sounds rather poetic to me: photosynthesis – where the radiant element is able to unite things foreign to each other. I use this term because I’d like to set forth the question in this way:

You are well aware that art has been recognized as a distinct need of society, of the individual and, sometimes, of the artist himself. In this case, it [the art] depicts the phenomenon, it formalizes it, it renders it assimilable, it helps sanction it.

When its portraits pleases, it is well-paid. Art has been paid by the authorities, by religion, by industry, for some time now by finance. Naturally, each of these political potentates has paid for his portrait and only for his portrait, creating a few illusions and also some confusion among portraitists.

In this case, photosynthesis occurs outside Art. Some artists like to display a sampling of good civic education, without placing any doubt on repute; others, on the contrary, participate in the pleasant doubt of our Era. And in our era, doubt is satisfied by a continual formalization; but this formalization requires a dramatic occurrence, “because the sound of being seems to be heard in the dramatic doubt.” And in this case as well, the formalization takes place outside Art.

I believe, at this point, that you’d be interested in knowing if I doubt. I tell you immediately that I have doubted; I doubted for many long years, and I was formalistic. I have never doubted art, but I doubted my capacity to spot its core; so I followed things to the letter: color, material, line, images, objects. Then one day, I saw a phenomenon sparkle. And I can testify that the spark manifests itself as image. I can testify that the artist possesses this image, which is bright but flimsy. The masters of Art – the Greeks – called it idea. I can testify that the mark of the artist is his obsession to give this spark consistency, to truly act, so that the spark is created inside Art.

The doubt dissolved thirty years ago, when I put into practice those two or three things I called Buco (Hole), Raccordo Anulare (Annular Link), Tubo da mettere tra i fiori (Tube to be placed among the flowers). Afterwards, I no longer doubted. At first, naturally, I was formalistic and dramatic, then I was joyful and, of course, something else.

We artists consider the rainbow as a kind of statement. This is my description of Arobaleno (Rainbow):

– The rainbow is the work of nature which, more than all others, resembles a work of art:
– it pulls violently away from its surroundings
– it embraces both what it contains and what surrounds it
– its matter has a homogenous consistency
– it has an elemental luminous structure
– it has a much differentiated light
– from high up it turns toward earth, but without pressure
– it never rises o high as to be elusive
– it unites two points without creating a relationship
– it turns on an angle from light to shadow
– it fills the world expanding it
– it arrives when the animals come out of their nests and regain their desire to live.

This occurs when the spark is created inside Art. I believe that when something like this occurs, it’s to cheer us. But once it becomes understood that the manifestation of a phenomenon is an artist’s issue, a sense of responsibility arises which, oppositely, does not make us very cheerful.

In practice, when things are moribund they wither, they are suspended beyond measure; this rests on the fact that artistic facts are not happening. But what do I mean when I say artistic facts? I don’t mean that which we generally call a “work of art”. Very often, when speaking with scientists or other people whose spirit leads them to the wellsprings of new and original things, the question arises of whether these people are even artists. Such innovations can spring up in various fields and they are the fruit of either technical application, such as when Diesel invented his engine, or Copernicus who, at once, revolutionized our system of habitation and our cognitive thought, or Schopenhauer who defined a psychological system, or still others, such as Budda, who were originators of spiritual or religious systems.

My response is that whatever these people do is a moment after art – a fraction of a moment, but afterwards nevertheless. Because the artistic act is the spark which precedes that moment and renders feasible the changes, the discoveries, the inventions, the births of systems.

The work of art is heir to the artistic art. Its presence reflects this spark. Behold aesthetic perception – the experience of which vitalizes inventiveness of every sort: spiritual, scientific, mechanical, political.
Behold reason, which also tends toward sophistication of the practical, constructivist, conceptual, etc. processes of works of art. This sophistication does not occur to validate the work, but in order to indicate to it the appropriate stimuli for the development of processes – mechanical, conceptual, religious, etc. Still, in the opposite sense – or in juxtaposition with the appearing elements – the exclusion of technology reveals that the artistic act, whether (fundamentally) foreign to the above processes or better, is verified independently of these processes. In this case, the artistic act performs a highly didactic role – though evolutionary in feeling – and performs an unwavering, controlling role on the natural evolutionary ecosystem.

What I mean is, that in every moment in every era, in these very rooms and in who knows how many places and situations, works of art allow anyone – if he wants to, as he should – to control the discrepancies and the harmonies between the natural evolutionary system and the system in practice. Some people try to believe that art expresses reality with absolute veracity; others tend to believe that art poses questions concerning the absolute of real visual perception; some maintain that art is found on the opposite side of reality; some tell me that art is order, or is form; others that art is transgression, or that it is a restructuring of chaos.

I myself never happened to see, hear or touch any work of art which is anything like that. Rather, I’ve noticed, every time, that these various clauses were nothing more than a catalogue of grievances, each one of which – out of indolence – directed itself to art instead of directing itself to the behavioral sciences. But it seems to me that there was never a work of art which fulfilled this role except as a placebo.