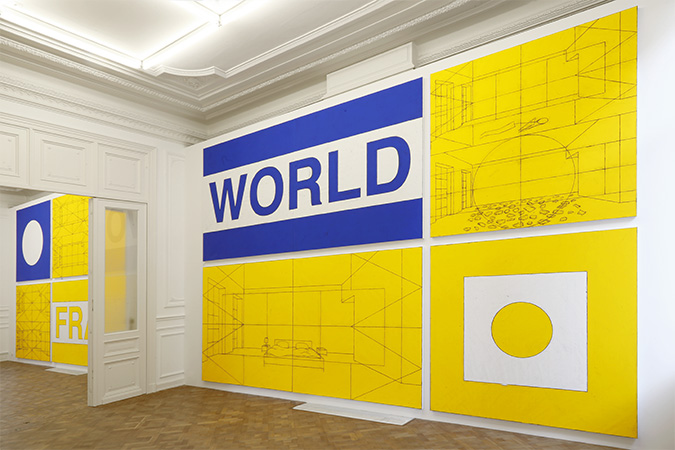 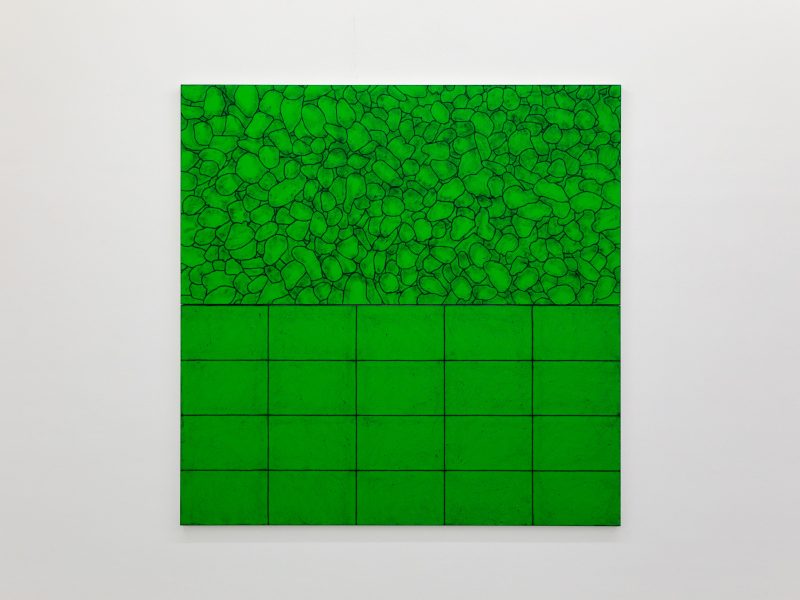 Matt Mullican’s work since the 1970s has been of the long-distance kind — abundant, obsessive and encyclopaedic. An heir of conceptual art, this Californian artist takes a fresh look at precepts to better go beyond the framework.

His work oscillates between various antagonisms — reality and fiction, subject and object, the conscious and the unconscious — to work on our perception, defined less by the objective reality of the visible than by the projection of subjective experiences. To what degree is the world around us real?

The work progresses with two main operating methods. Cosmology based on the symbolism of representation consists of a range of signs: photographs, pictograms, diagrams, etc. It generates a form of mental cartography consisting of five distinct parts identified by their respective colour references: green is for the elements, for nature and also for death; blue is for the ‘world unframed’ by the conscious, including the city and everyday life; yellow is for the ‘world framed’ constructed by art and science; black is associated with language and signs and red refers to ideas, to pure spirit.

His explorations of the conscious also led Mullican to examine the potential of hypnosis in the early 1970s. In a trance, he can project himself into an image and go beyond representation. If generating these modified states of awareness is ‘introducing chaos into order’, it also means considering the tangible dimension of the unconscious as a tool of the real.

From these trances finally emerged, at a performance at The Kitchen in 1982, a thinking entity that has a relation of ventriloquist with him and whom he calls That Person : neither man nor woman, neither young nor old, but a person ‘at the centre of all these concepts’. What interests Mullican is not so much the identify of this other but where it is to be found, in a state of ‘paradoxical wakefulness’ which, as Pascal Rousseau said, ‘gives us access to the power to configure the world.’