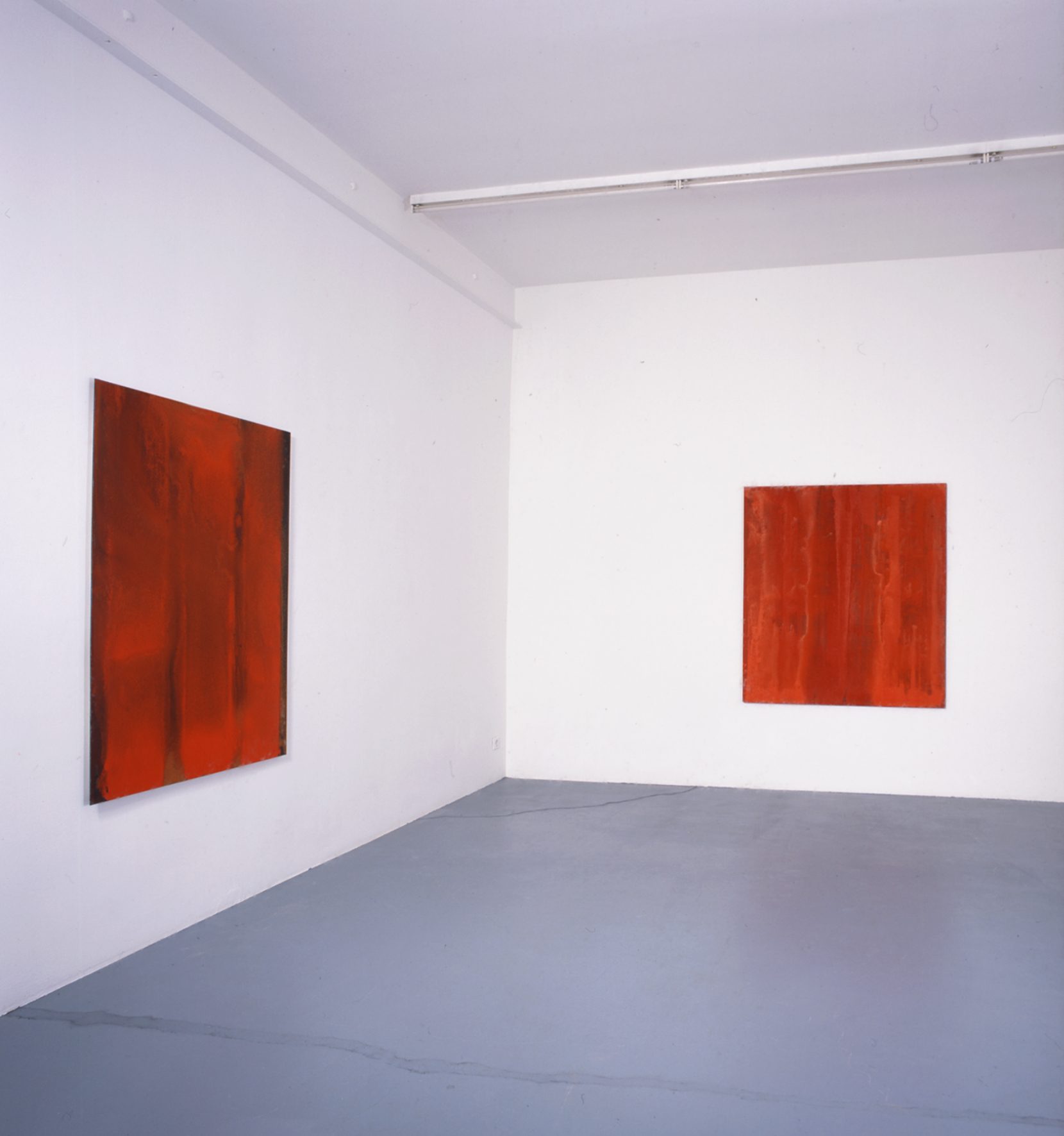 In the painter’s workshop

‘Matter is alive,’ says Marthe Wéry. ‘Colour is alive, paper is alive, canvas and wood are alive.’ When I call her attention to the tact that colour is an industrially produced pigment enclosed in a tube, and that a virgin canvas is an object that cannot be called alive except in a metaphorical way and provided that incredible trust is invested in it, she goes through a split sec­ond of disbelief: ‘Yes, that’s tor sure, but you know what I mean.’ I know what she means. And I watch her at work. For some years her support has been a sheet of multiplex plywood mounted on aluminium angle fit­ments concealed behind the board. The plywood sheets are a centimetre thick at most; their edges are slightly sanded or, rather, ‘broken’; the alu­minium fitments act as stiffeners and stop the surface trom warping; they also keep the picture away trom the wall when it is hung. Formats and dimensions are variable, always rectangular, and of carefully chosen pro­portions. The two pictures Marthe Wéry is going to work on today are im­perfect squares measuring about 150 x 150 cm. I wonder if it matters that the format is almost square, and raise the question. ‘Yes,’ she answers,

‘the imperfect square is more open.’ The two pictures are laid down flat, each one in a large plastic tray on trestles. The trays look like photolab developing trays; they have a drainage hole with a bucket waiting beneath it. Other buckets full of acrylic paint are within easy reach. One of them is full of very watered-down green, another a rather indefinable purple verg­ing on amaranth. The two pictures have already been given several coats of colour. One of them – green on green – is flecked with darker spots which give an almost photographic effect, like an obliquely lit moonscape. Vet the surface is quite even. The other wine-coloured picture has a more worked surface. It has been lined, or marouflaged, with tour sheets of worked surface. lt has been lined, or marouflaged, with tour sheets of Japanese paper which overlap and outline an irregular cross. ‘lt’s to give it a structure.’ A whole amorphous and off-centre area of the picture shows a deep green which seems to rise trom beneath the purple. In places, the artist has added to her colour a granular medium which holds the pigment. Beautiful as they are, both pictures look finished to me. Marthe Wéry is going to destroy them. 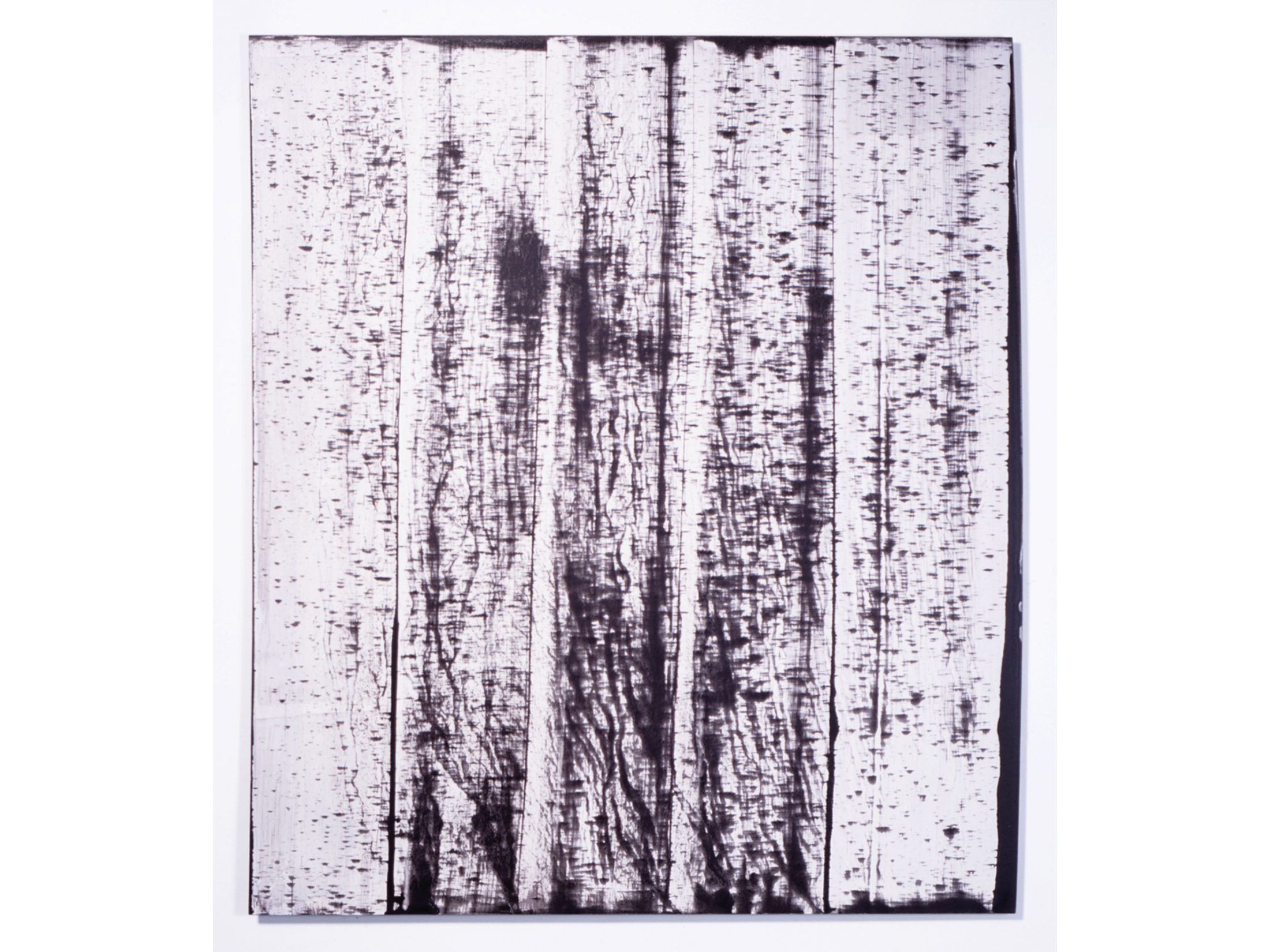 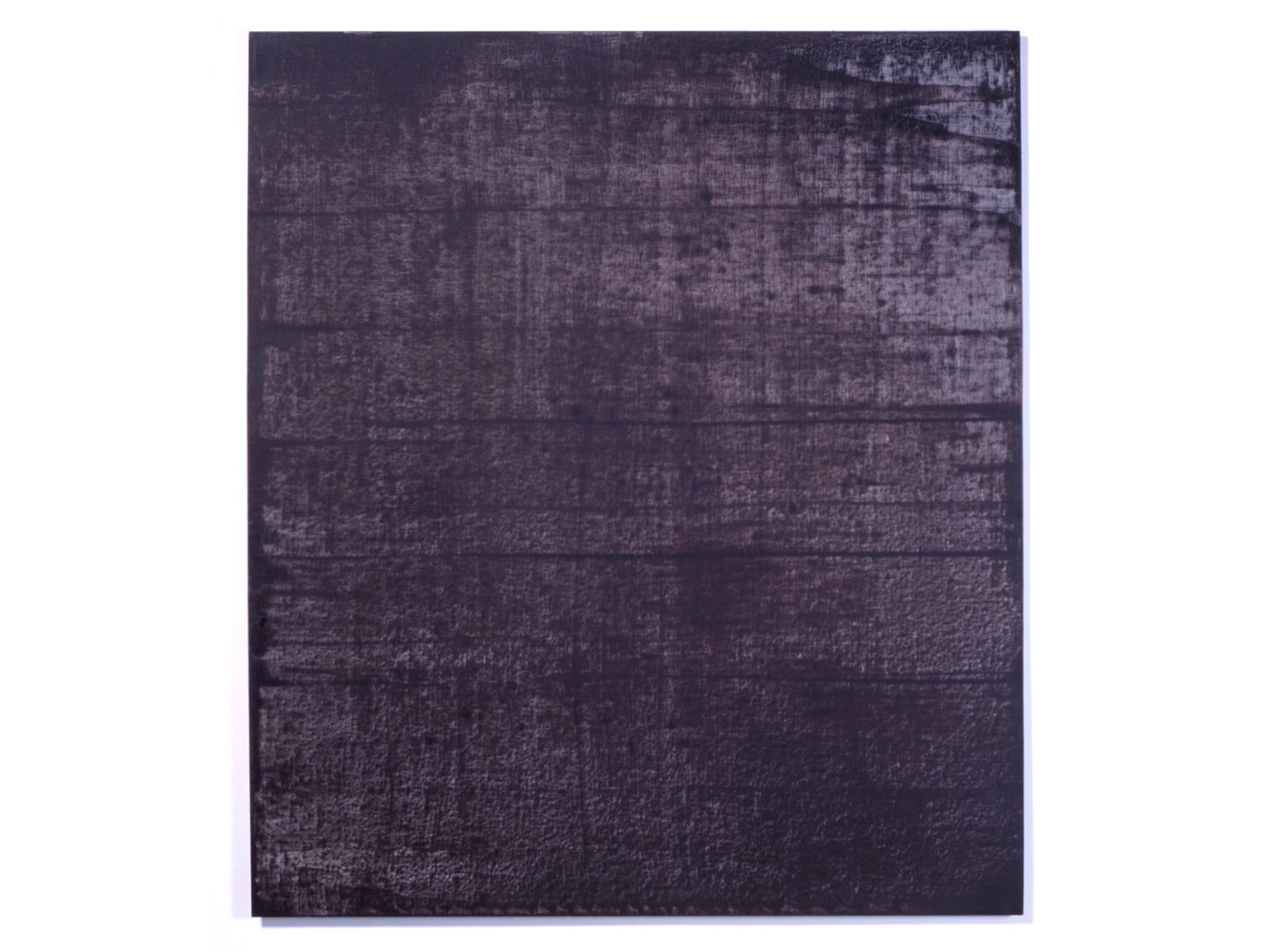 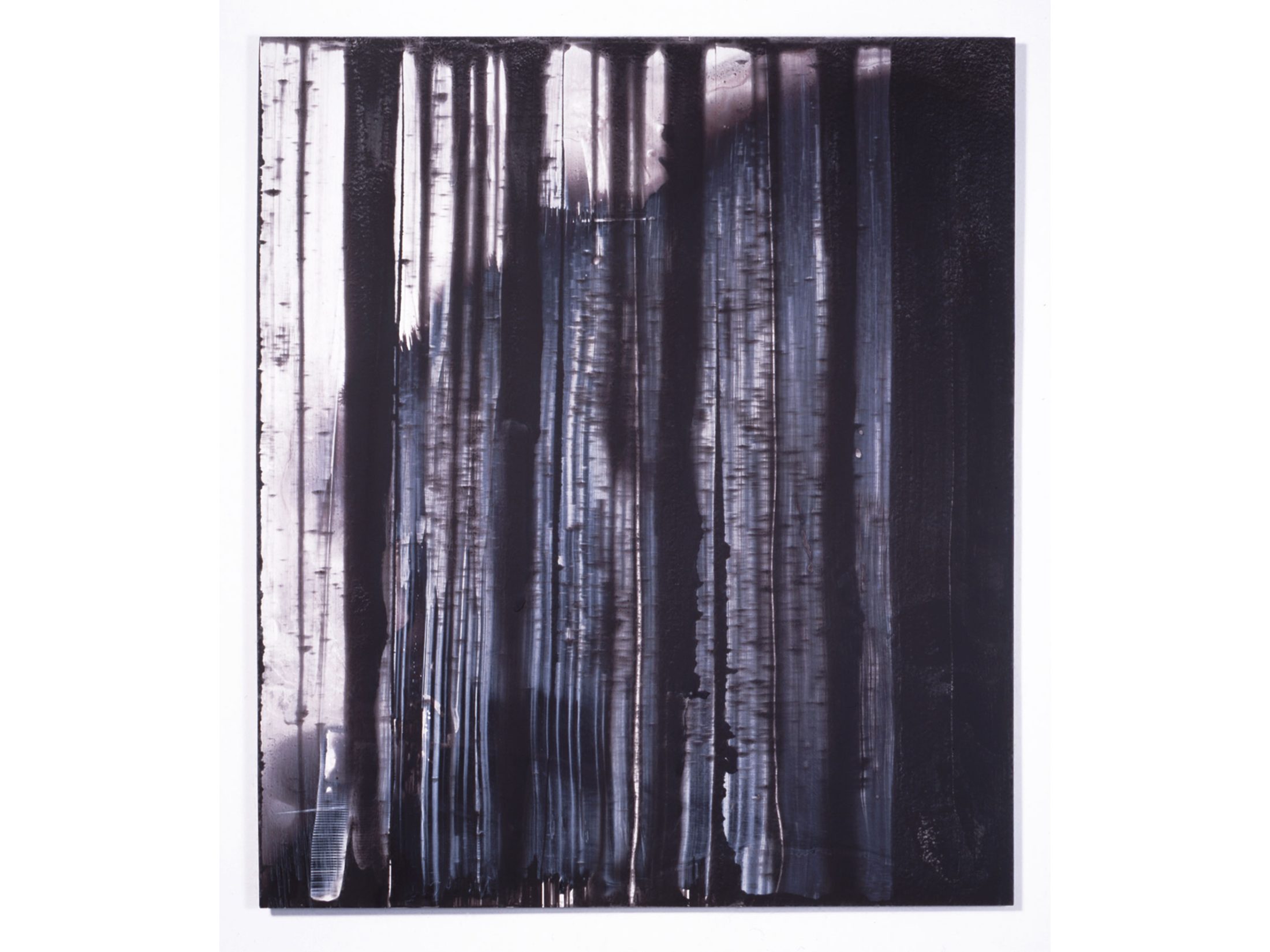 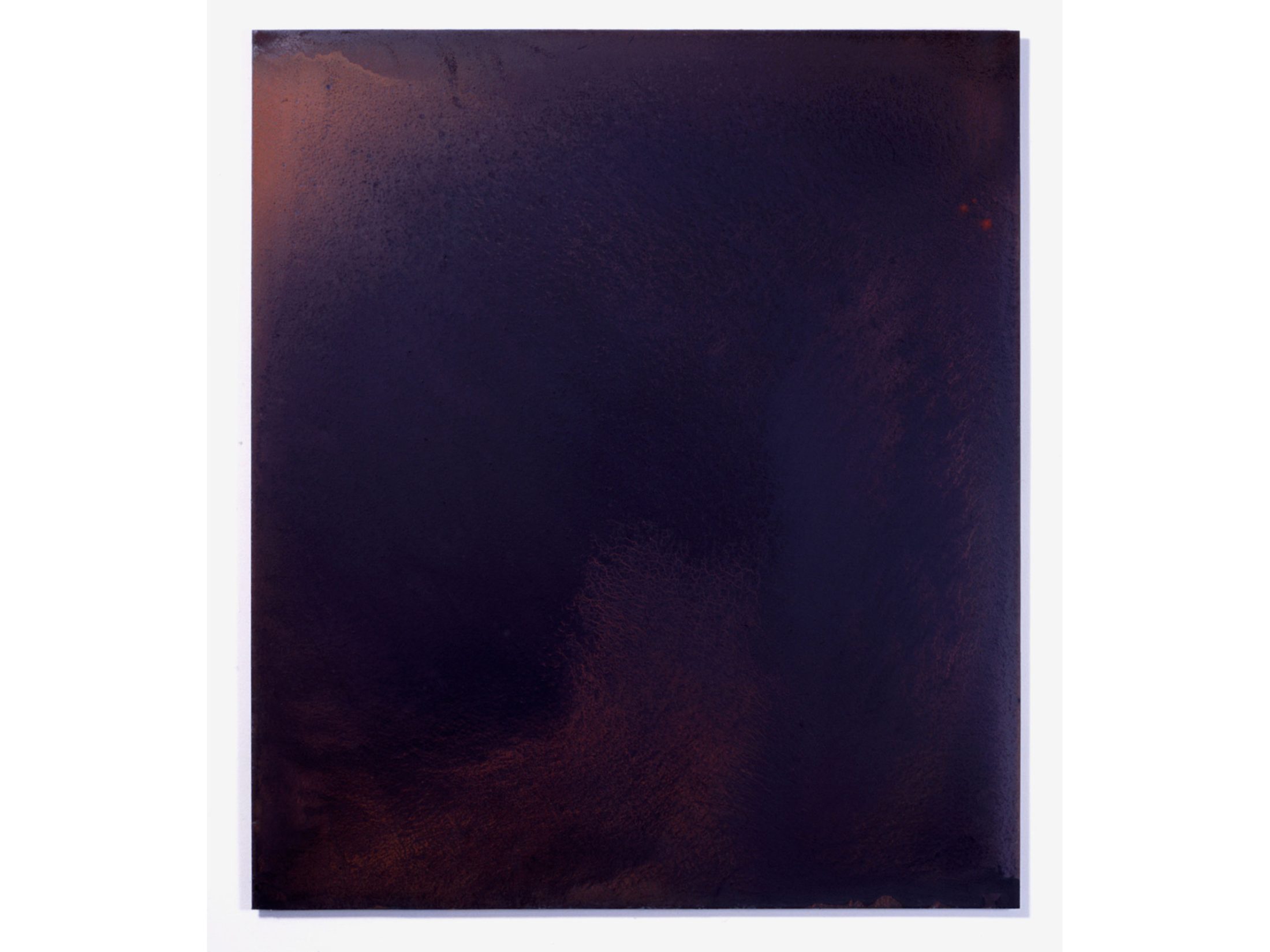 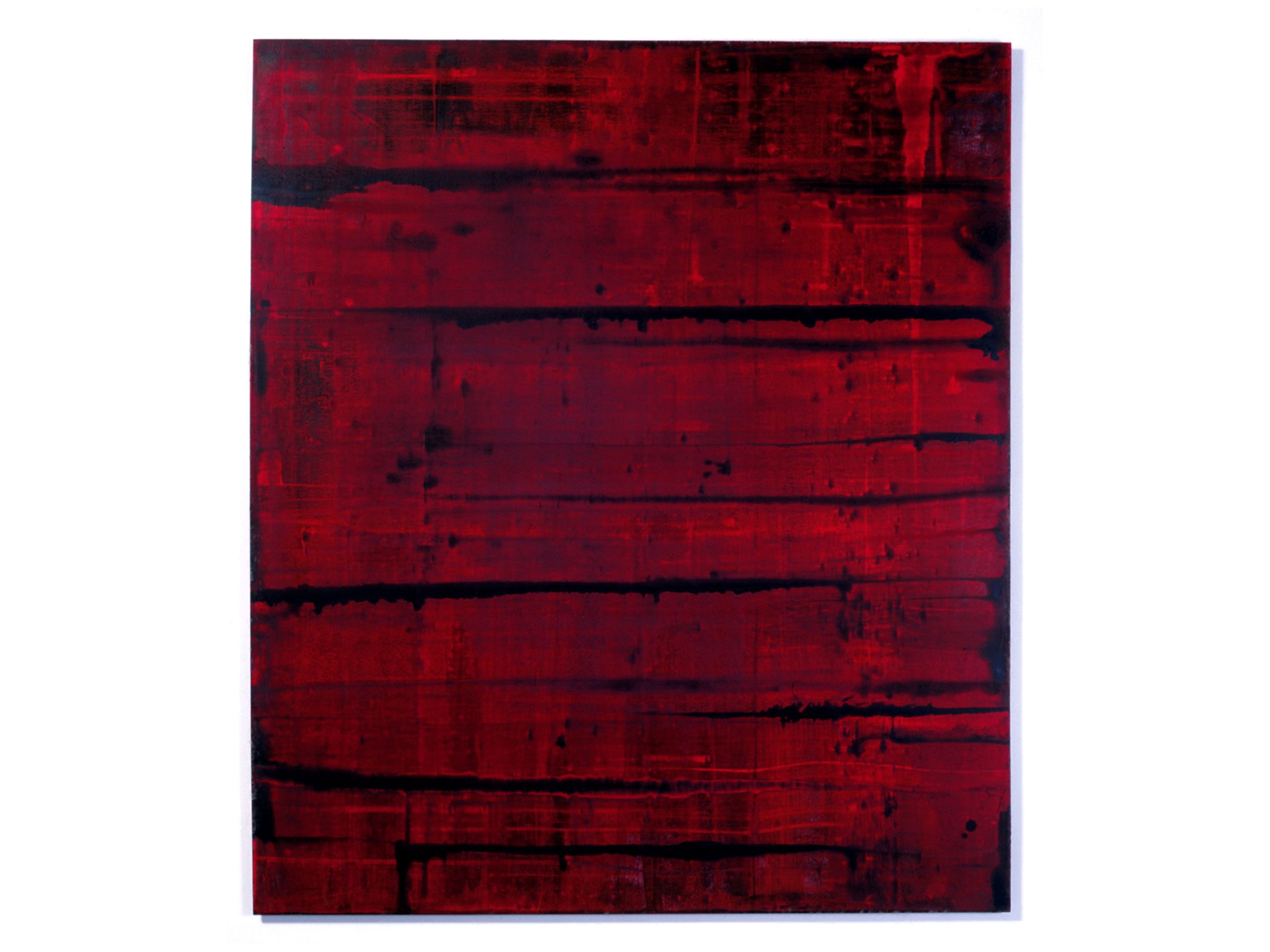 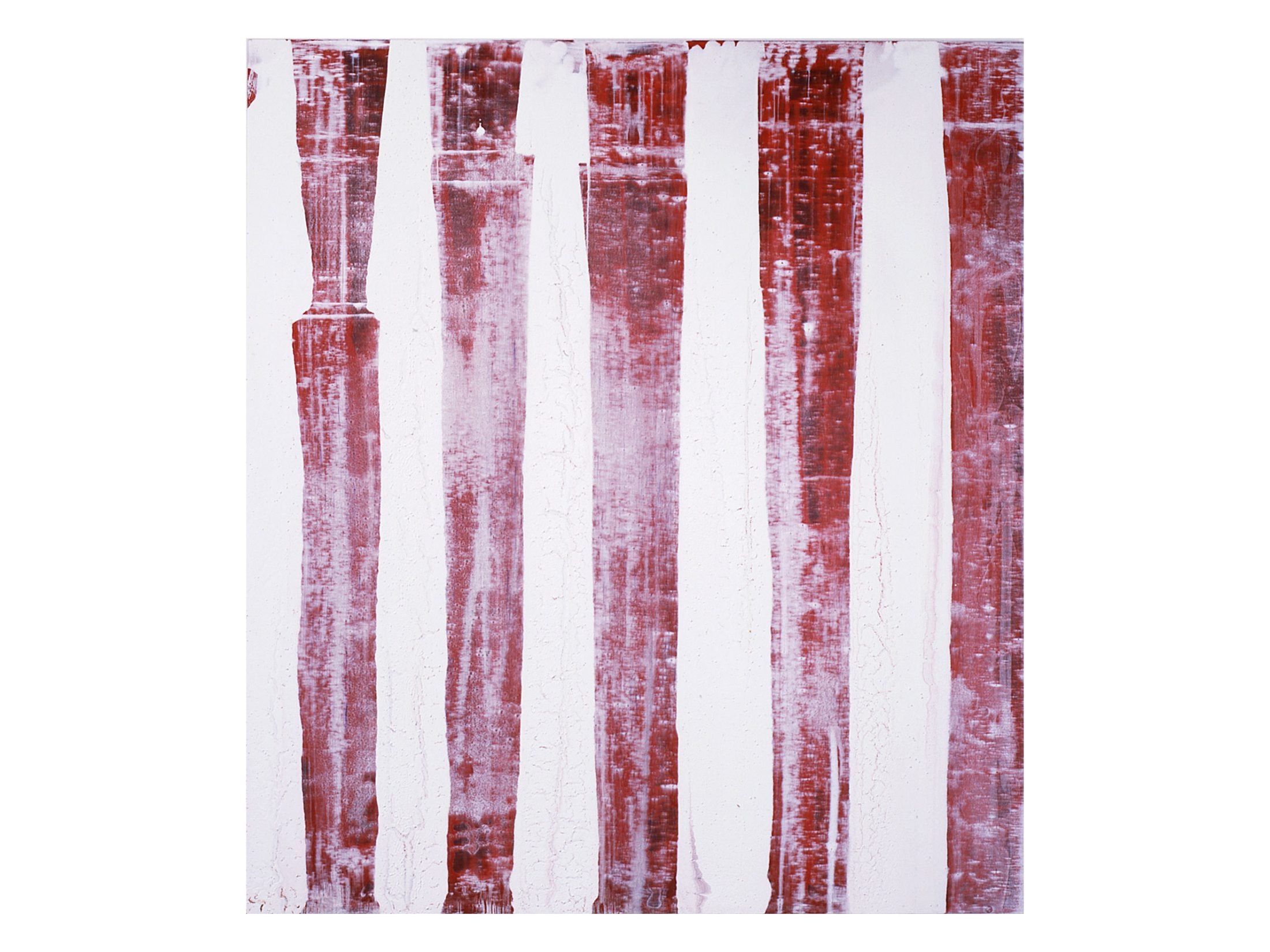 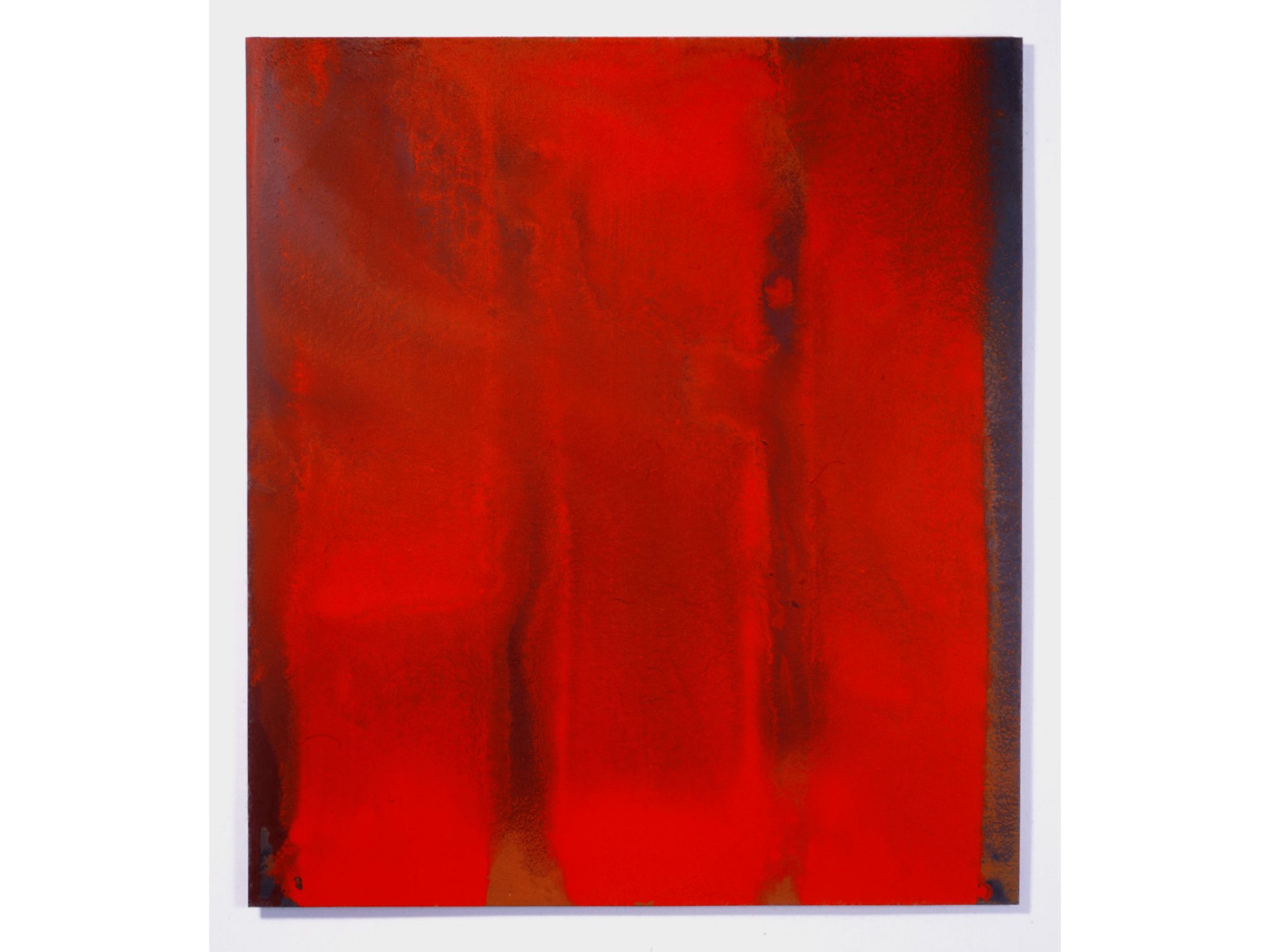 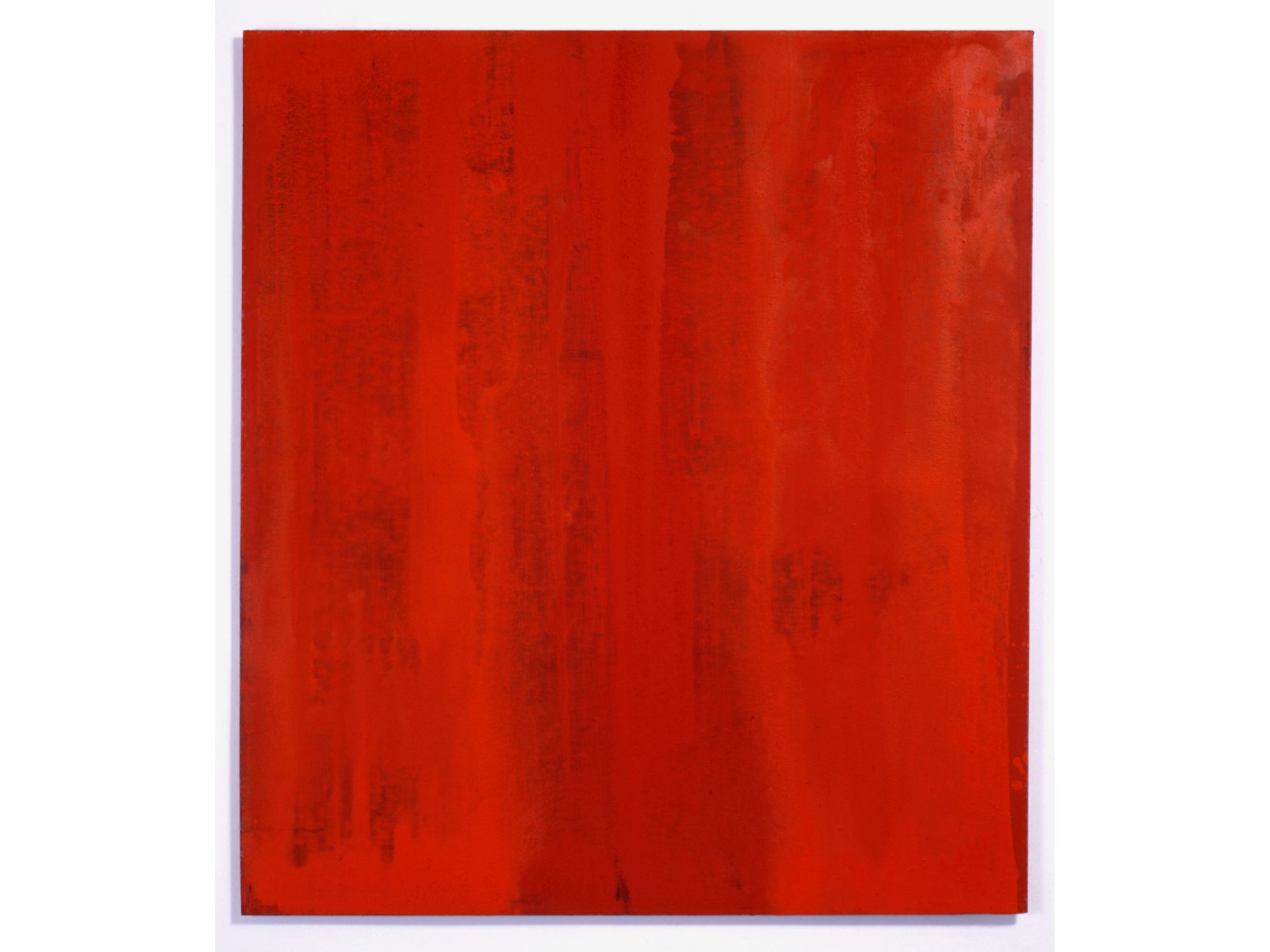 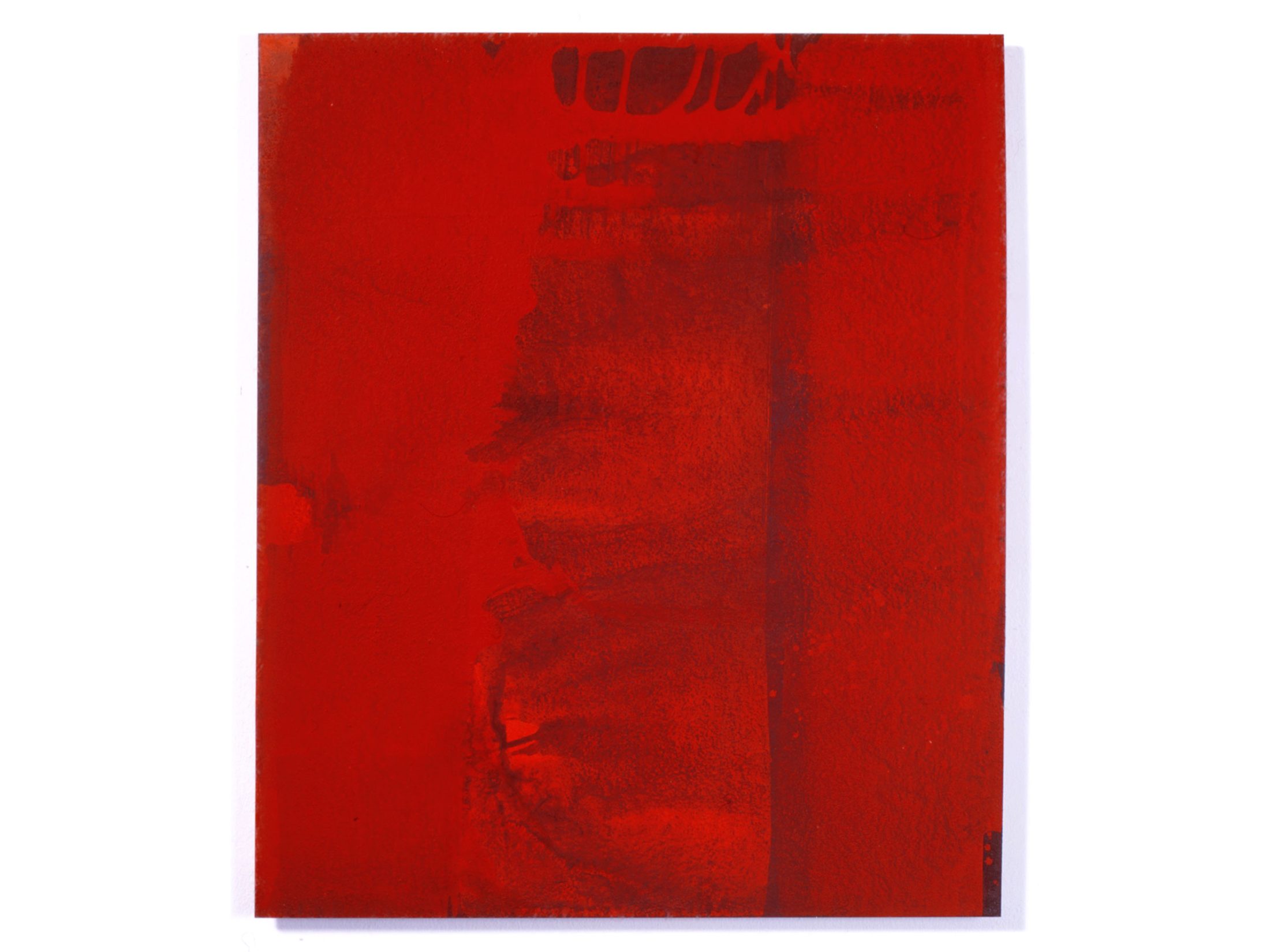 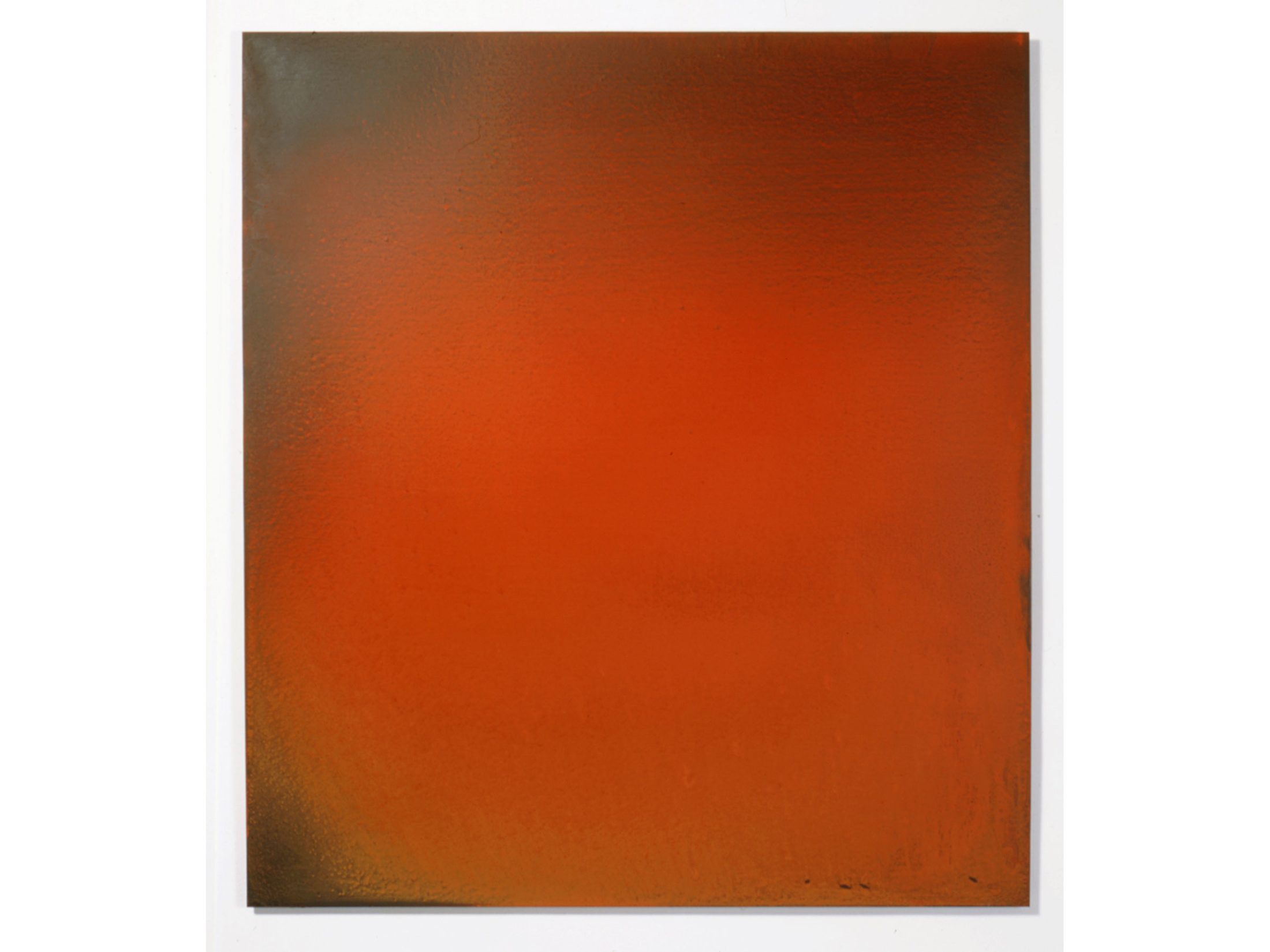