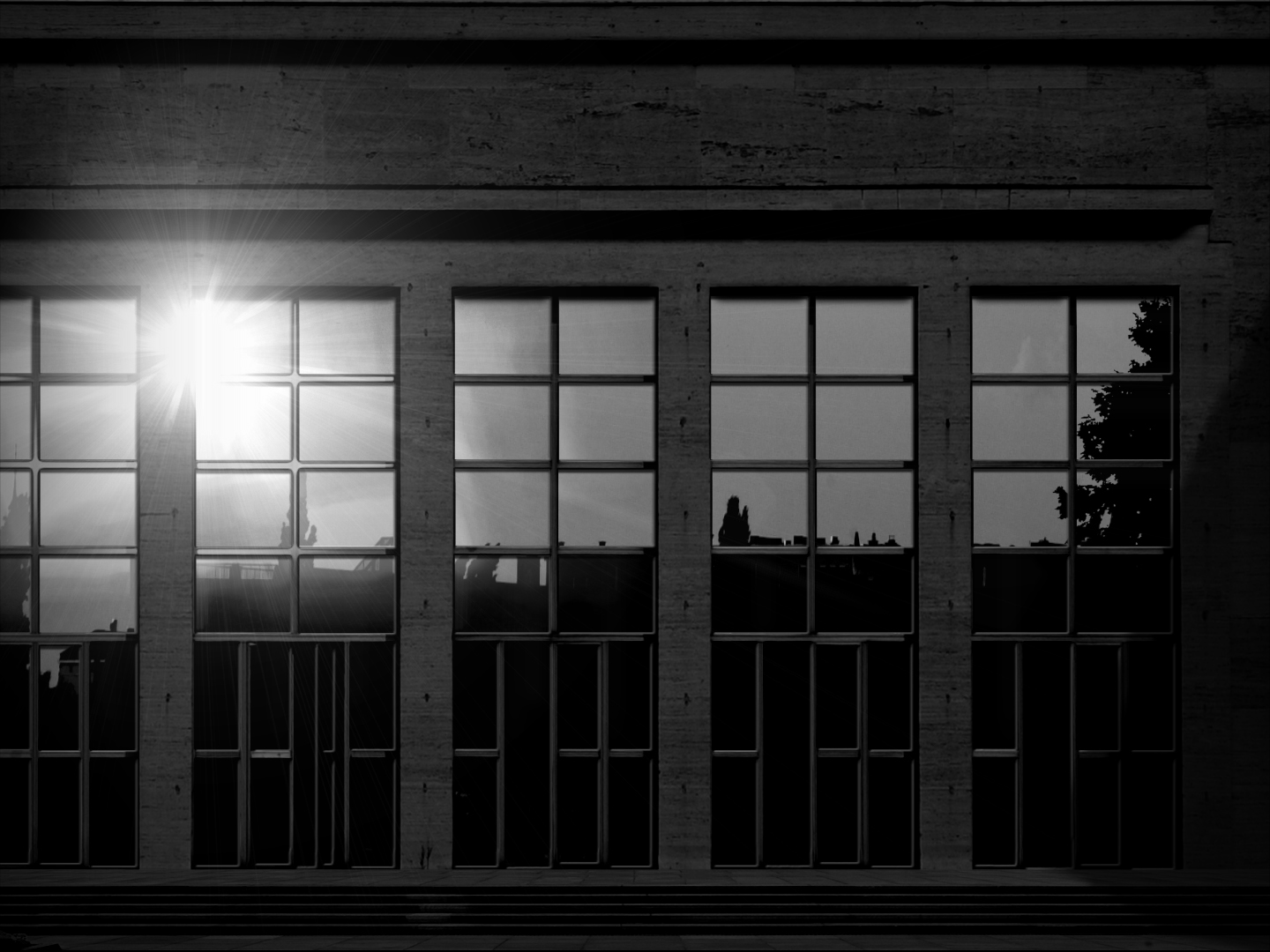 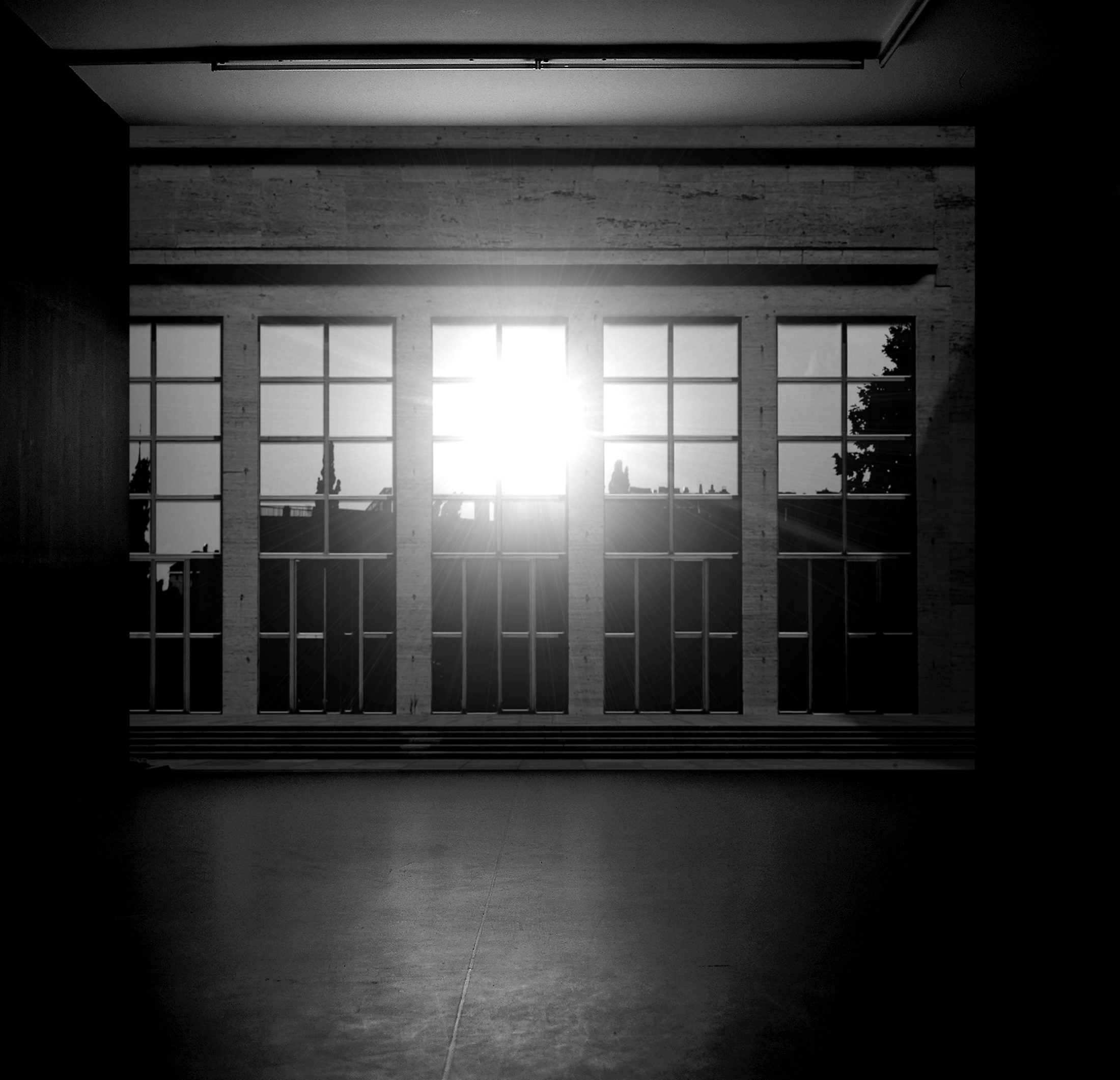 The composition represents the sunset reflecting in the windows of a building dating from the 1930’s (i.e. Stazione Maritima, Naples, Italy), as well as it vaguely mirrors the horizon and skyline of the urban landscape. The austere frontality in which the architecture of the facade is composed, is in sharp contrast with the illuminated depth of the reflected landscape. The camera observes no other movement than the track of the sun setting.

During the 38 minutes of its course across the screen, the sun hits first the marble stones of the facade, only to be violently reflected a moment later as the sun reappears in the next window. The beholder’s eye instinctively reacts to the projected sunlight, as it would do to real sunlight, because it remembers the physical pain of looking straight into a source of bright light.

This work is the result of an action that took place on the indicated time and place: the names of three tourists that were accidentally passing by, were recorded, after which Claerbout left the scene until they were out of sight. Only then he took the actual photograph. The spectator is thus confronted with a splendid view of a magnificent landscape, while its very title functions as a portrait, a snapshot.

The main idea behind this work departs from the presupposition that the image depicts what is conveyed in the title: the concept of the photographic ‘real’ is used to record an instance in a given place. The beholder’s attention is completely shifted towards the sheer depiction of both the tree in the middle and the panoramic mountain view, as if the landscape itself denies the mere existence of the people who once were in it. This striking effect is achieved when the beholder is trying to figure out the meaning of the title, as if it is a secret that is not startling until you think of trying to tell it. 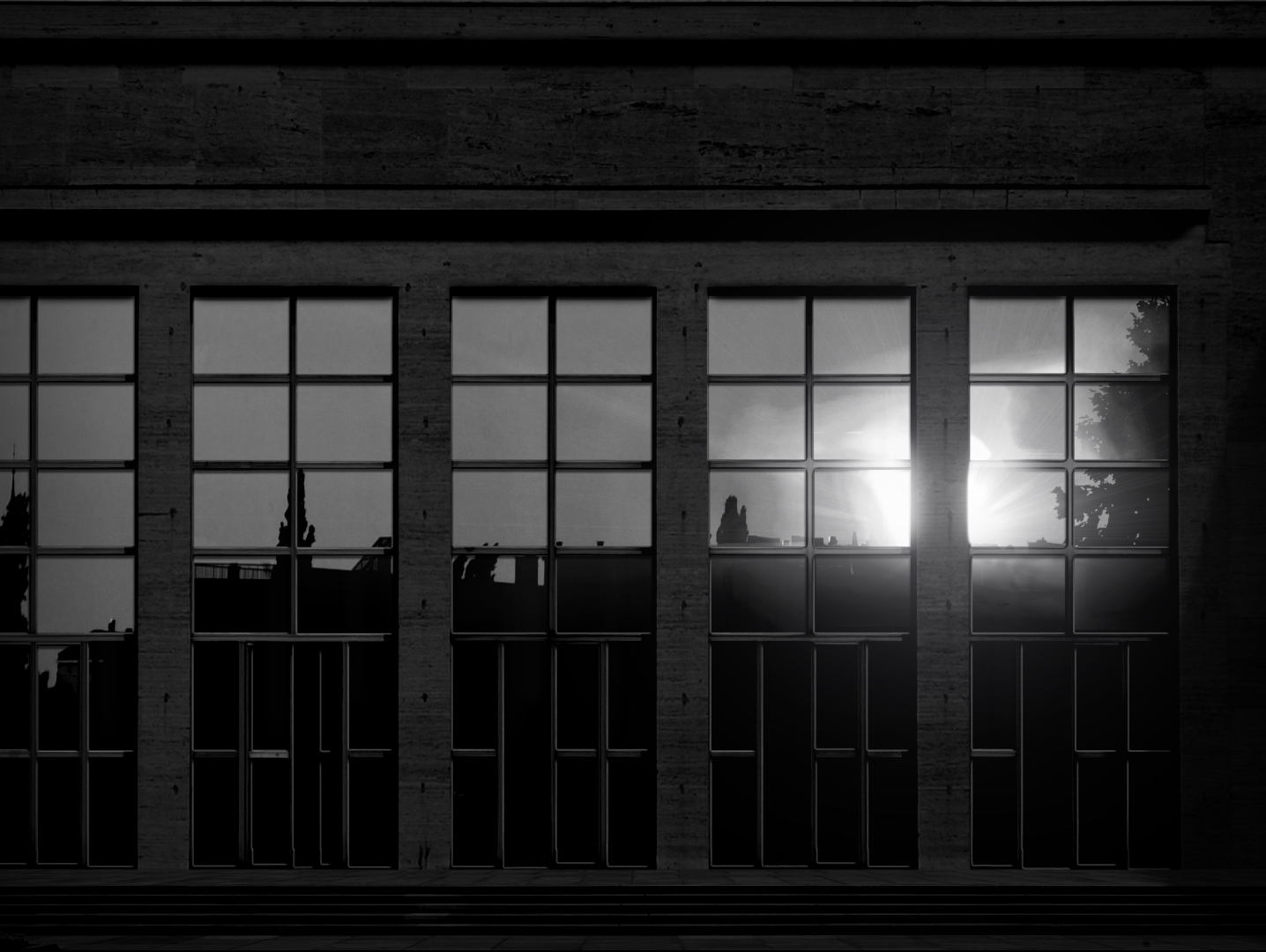 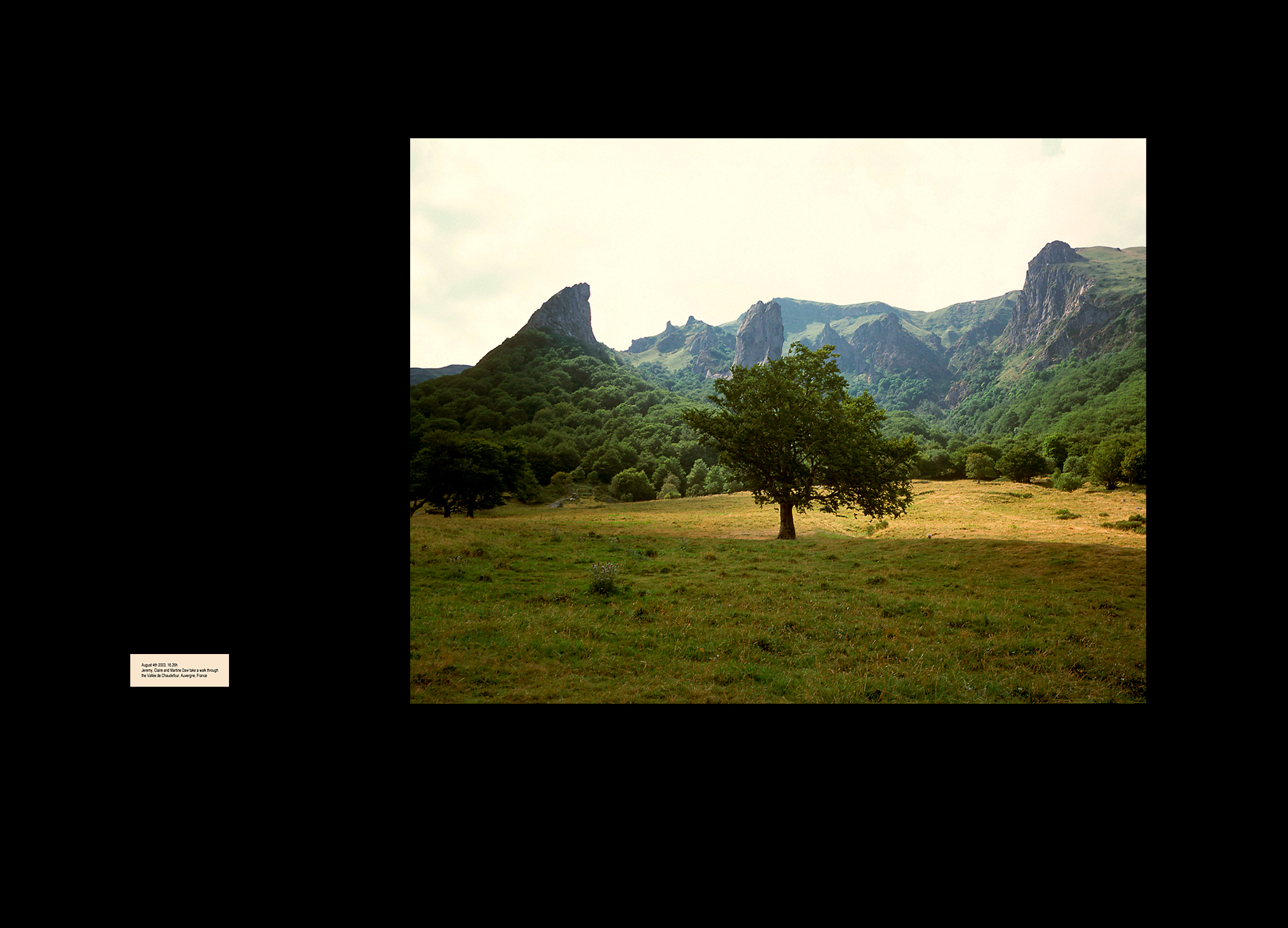 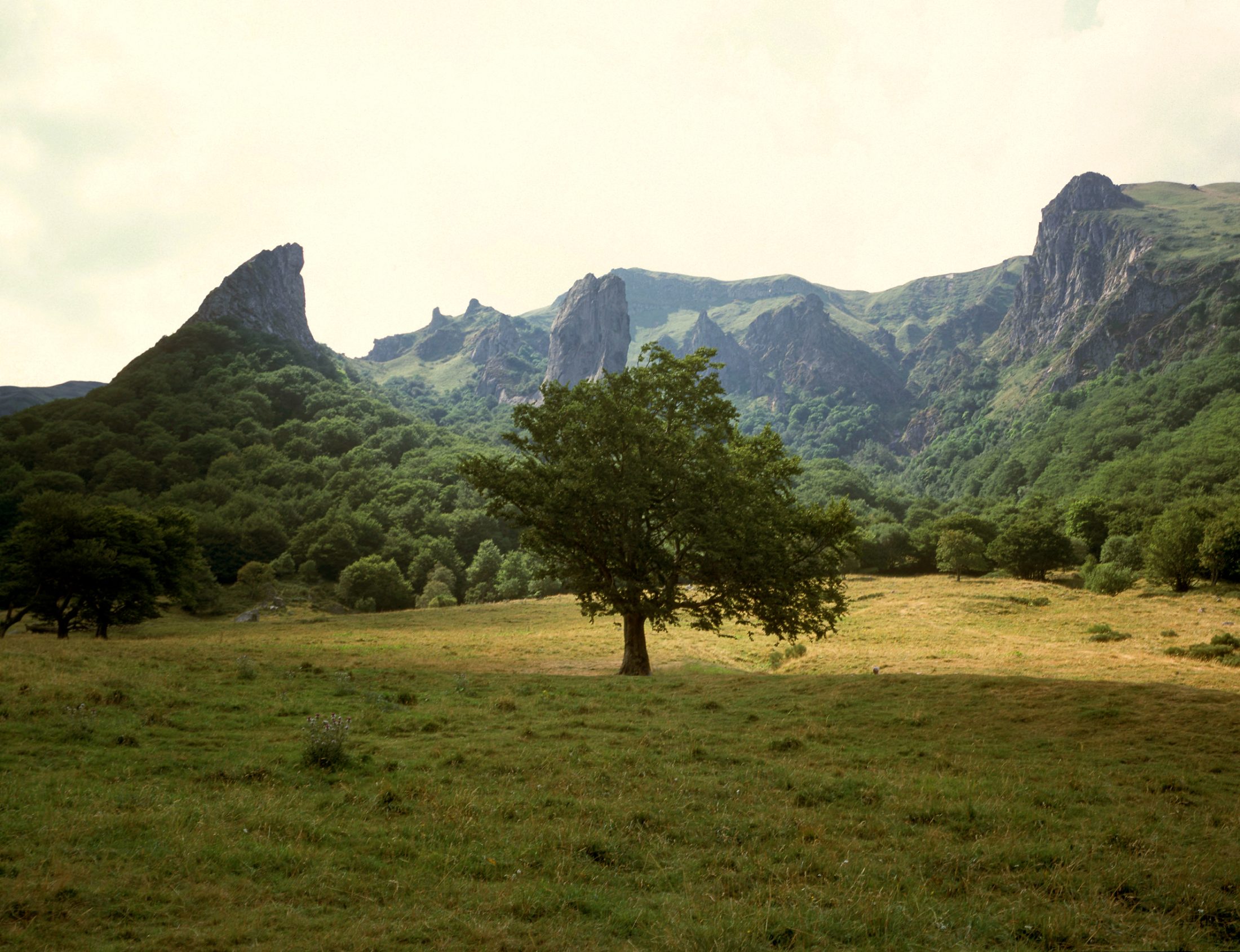