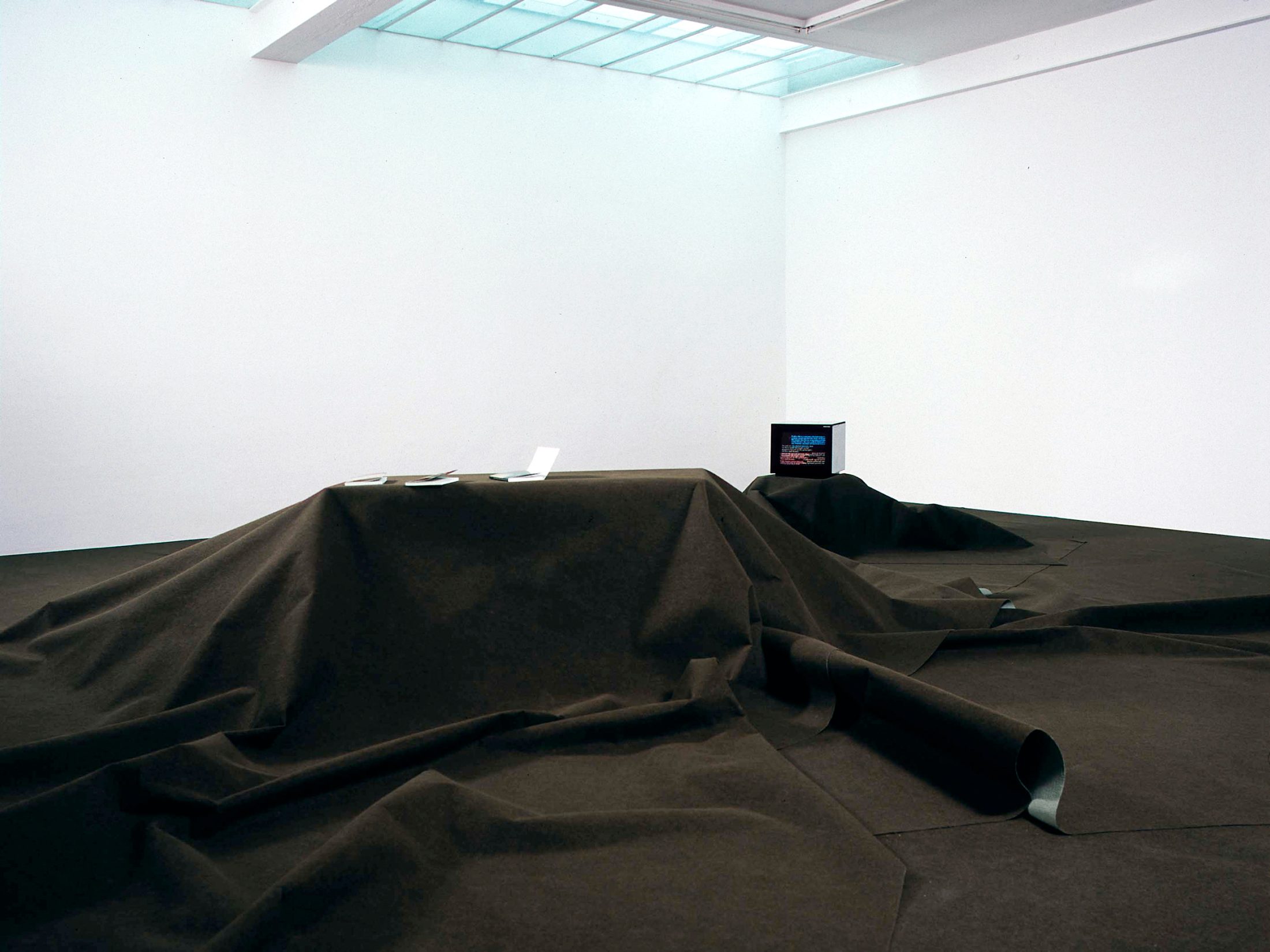 This exhibition brings together a sequence of displacements that highlight the close line that the work often describes between states of fiction and documentary. On one hand it is the setting for the presentation of a new book. An altered place where it is possible to stop a while and watch a trailer for a text set to electronically re-processed midi files of “Early Music” while flicking through a new book. This first space locks you close to the ground. The floor of the gallery has been tweaked, troubled and accentuated. Standing on a pile of carpet that doubles as a model terrain is a 1969 Brionvega Cuboglass television playing a 7 minute trailer that features selections from the book published as the raison d’être of this project “Fragments d’histoire future”, now updated and re-titled as “Underground: Fragments of Future Histories”. At no moment was there a return to the original French text but instead the 1904 translation was updated and therefore accelerated as a pointed critique of English as the lingua franca of globalisation. The accompanying new introduction by Maurizio Lazzarato is an eloquent contextualisation of Tarde’s only work of science fiction within his broad yet somewhat neglected sociological texts. Tarde’s late nineteenth century book concerns an ecological catastrophe that befalls a world that has embraced what can only be described as a form of globalisation. The rump of the world’s population ends up in a bunker in Iraq, waiting to perish before they are saved by a man who suggests that they make a new life underground. Once the decision has been made they create a new aesthetic life in an architecture with no exterior which gives Tarde the opportunity to play with varied paradigms of human potential. The use of this text as a concentrated core allows other parallel potentials to spin free of the central idea and produce a sequence of provisional structures that allow both focus on the text and embody notions of distraction and delusion simultaneously. The exhibition space is both a search for temporary contextual devices that “will do” in relation to the work on the book while the works, including four new Discussion Platforms in the rear space that are also a continuation of a formal language that has developed alongside the written work that embraces elements of design and decoration towards a continuation of collapsed hierarchies that began with some conceptual and minimal work in the 1960s and 70s and now embodies formerly neglected zones of social and personal space. 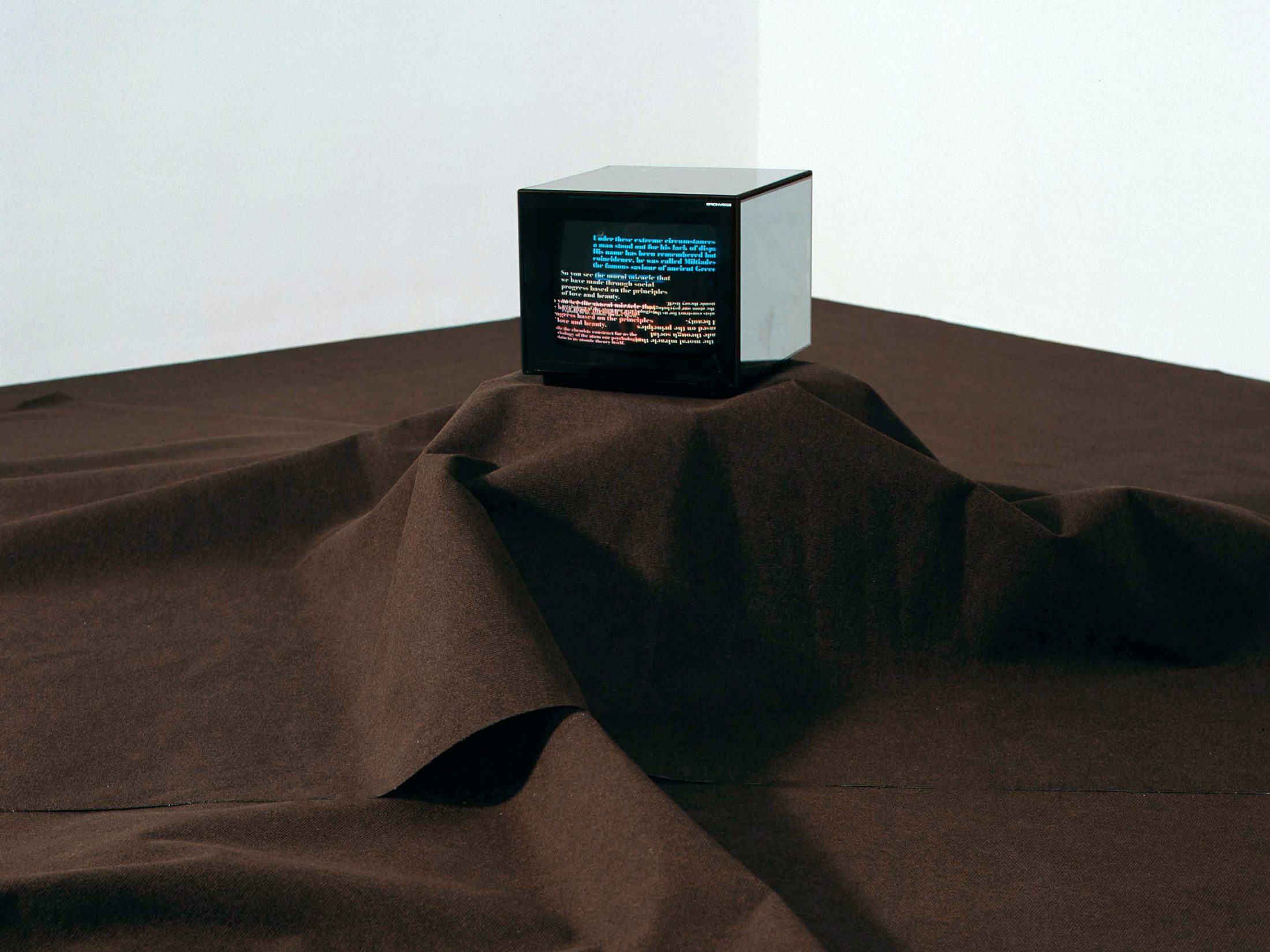 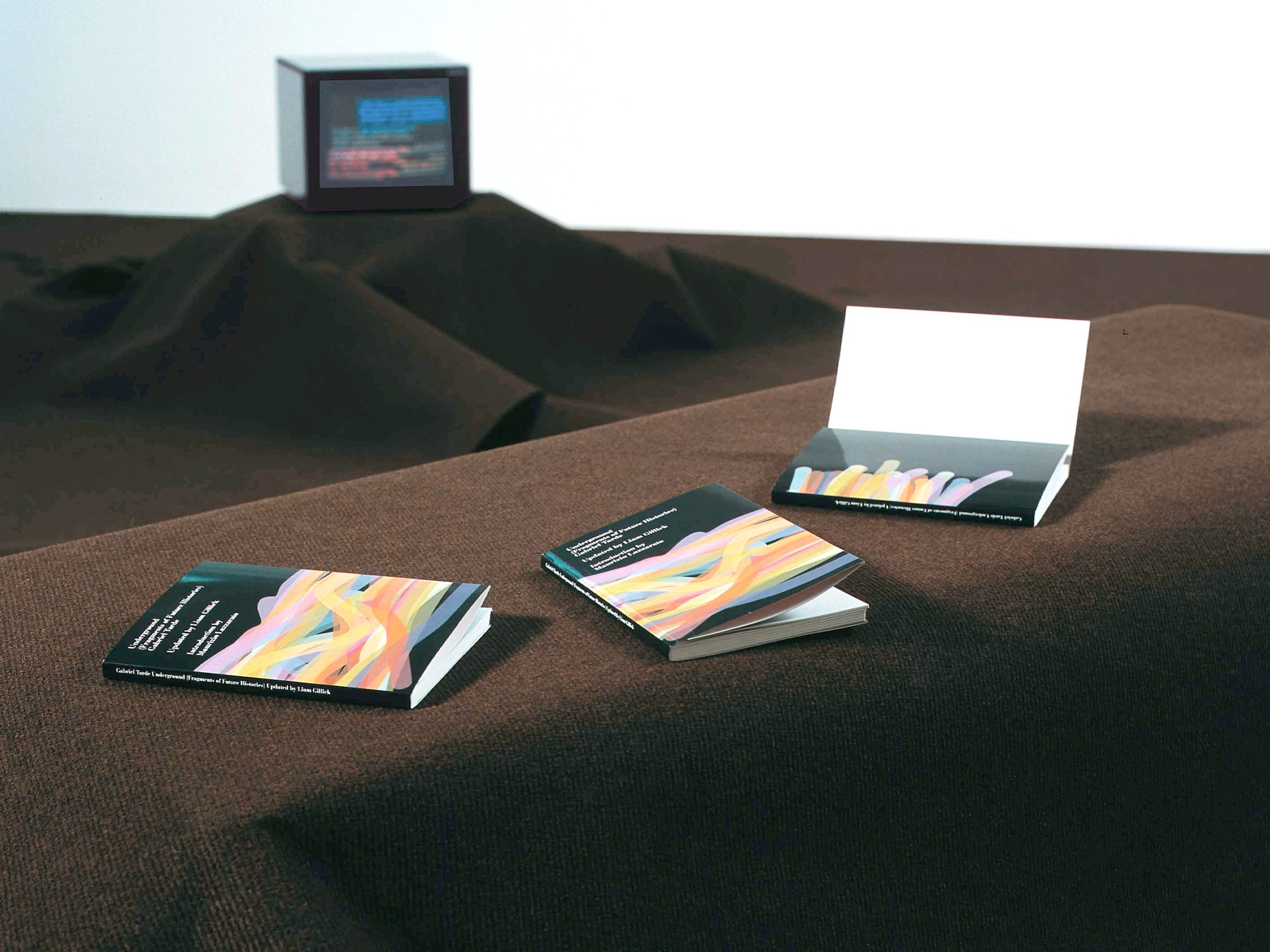 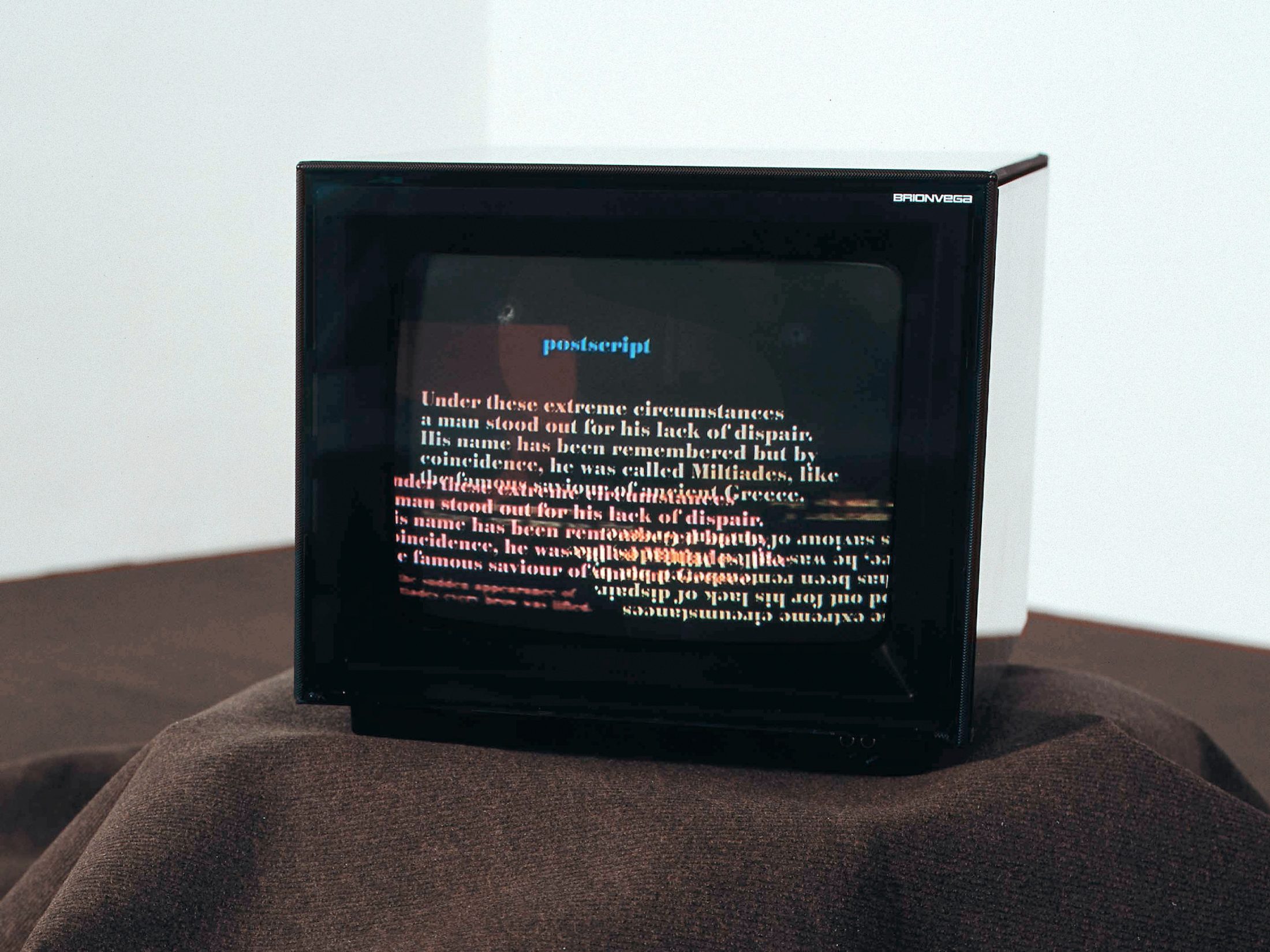 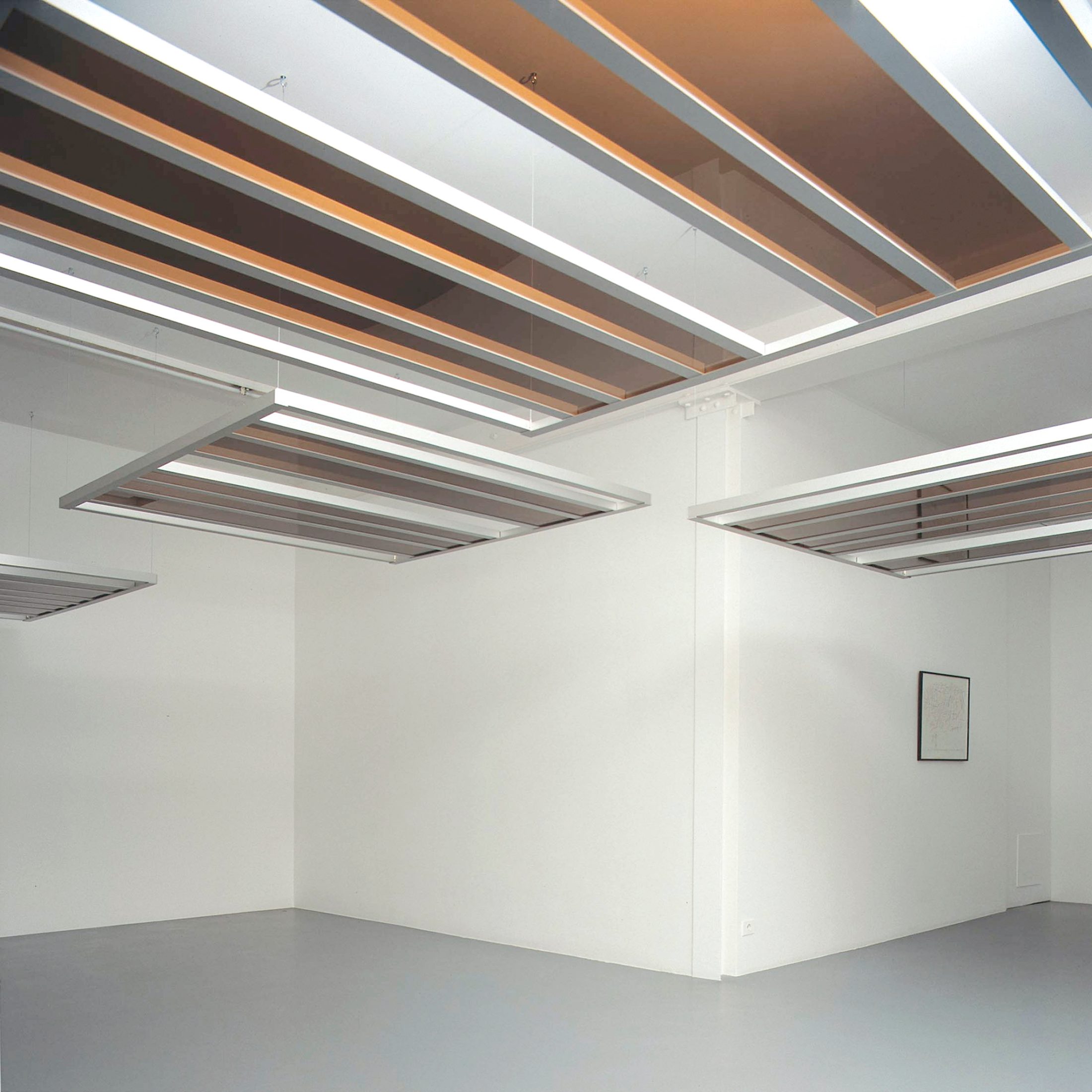