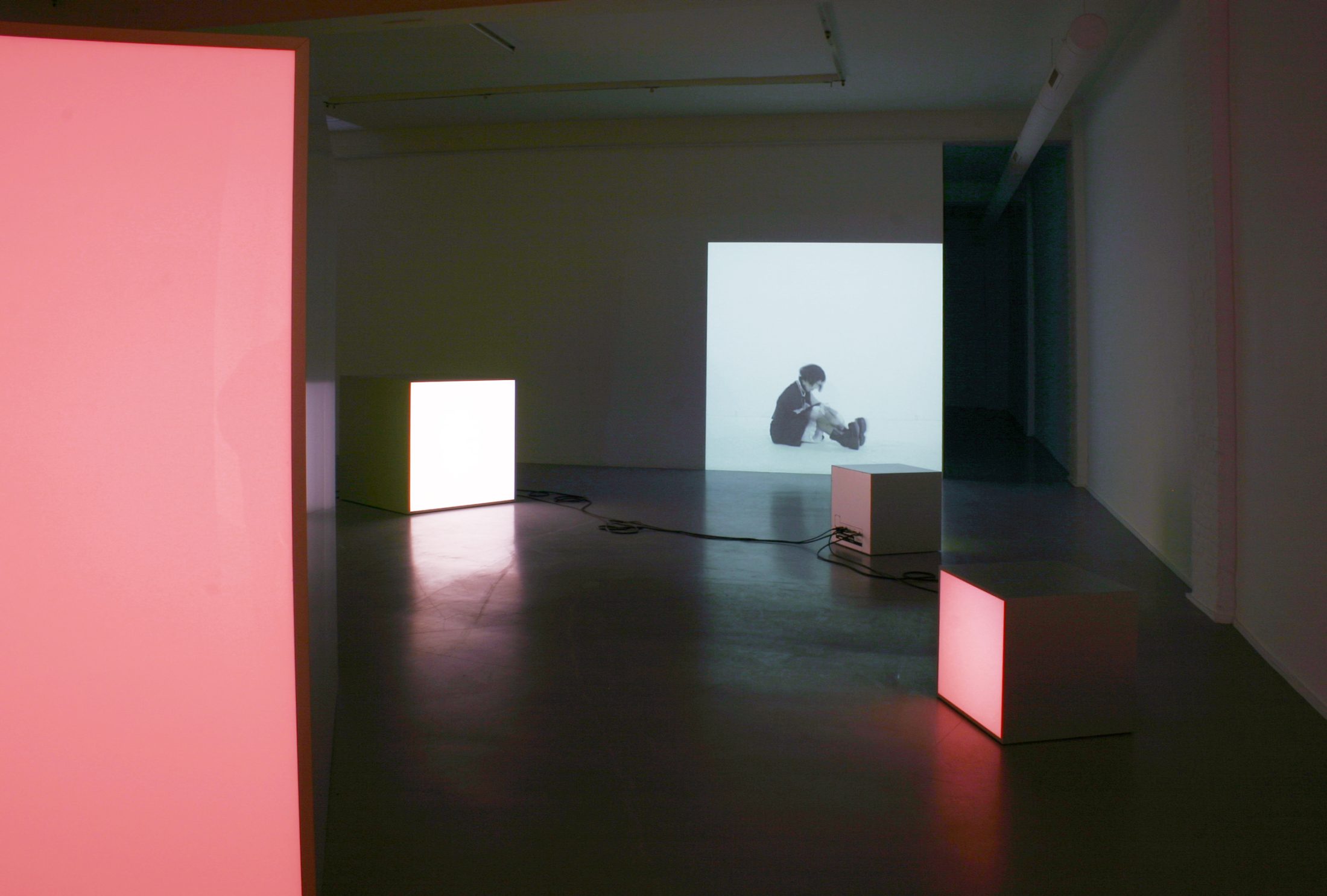 It was five years ago that Angela Bulloch produced the first pixel box – a modular cube-shaped lightbox and conceptual product developed in collaboration with artist Holger Friese. The device contains 14-watt fluorescent tubes in red, green and blue that are each capable, via luminosity controls, of producing 256 color variations and which together can theoretically generate no less than a mind-boggling 16,777,216 million hues – a rather abstract number and many more than the human eye is capable of differentiating. As their name suggests, these slick, ostensibly function-orientated light emitters are properly understood as sculptural representations of a pixel – the name for a piece of color information which is the basic logical rather than physical unit of a digital image and whose name is a derivation of “picture element”.

The pixel boxes are usually encased in blonde plywood with a framed milky screen sandwiched between sheets of glass on their front face. Their solid backs, which the artist always leaves exposed to view, is where the cables and power are plugged in, their design recalling a piece of vintage hifi equipment. Through specially developed software and a digital to analogue interface, it is possible to control and sequence the colors they generate. Bulloch has created numerous context-specific constellations and variations of the pixel box, programming them to play back elaborate compositions of colored light corresponding to what can be thought of (although this is slightly misleading in terms of what actually is seen and how it is arrived at) as “pixellated” sequences from film, television, and her own video footage.

The assignment of colors to each of the units is neither arbitrary or not produced at the click of a mouse like a digital enlargement or zoom. Rather, it reflects the outcome of a complicated and laborious application of algorithms, more or less systematically applied to single frames chosen from each second of the source footage.
The pixel box has been shown singularly, in pairs, vertical stacks, horizontal lines, grid formation, in television and cinema-scope format, as an element of space-altering installations, and mounted on buildings like languidly flashing signs without slogans. Sometimes these variations have been accompanied by soundtracks relating to the source footage. ¹

The DMX’s in three different sizes are displayed in a loose arrangement in the exhibition space. An abstract and colorful animation runs through the group of pixels. The one large DMX has an entrance with a door that gives access to the inside of the pixel.

A third 1 x 1 x 1 meter DMX is “missing” from the ensemble; the absent friend named in the title.

In the first room the video shows the performance of the artist Yuko Kaseki who was asked to transfigure herself into a kind of Japanese goth or post-punk – a complex subcultural cult produced by a highly regulated society. In the second space another video shows sequences of a shadow performance by Yuko within the Butoh tradition.

A concern with the corporeal is not new to Bulloch, who has made many works that involve a degree of physical responsiveness or engagement with her viewers’ bodies as well as their minds – offering places to sit (bean bags), switches, sensors that activate drawing machines. This exhibition extends this idea to include active engagement with the body of the performer in relation to human-scaled cubes. ² 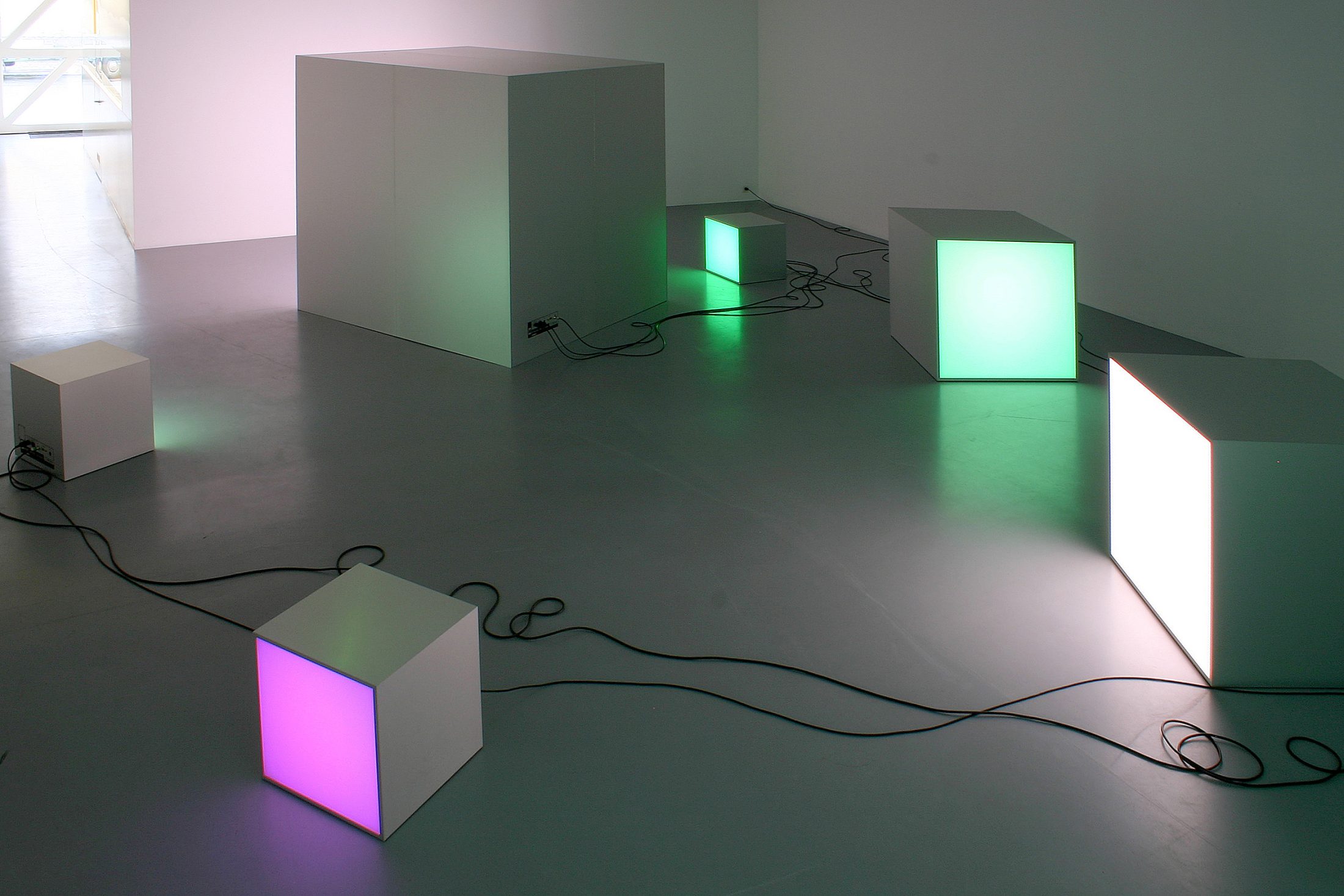 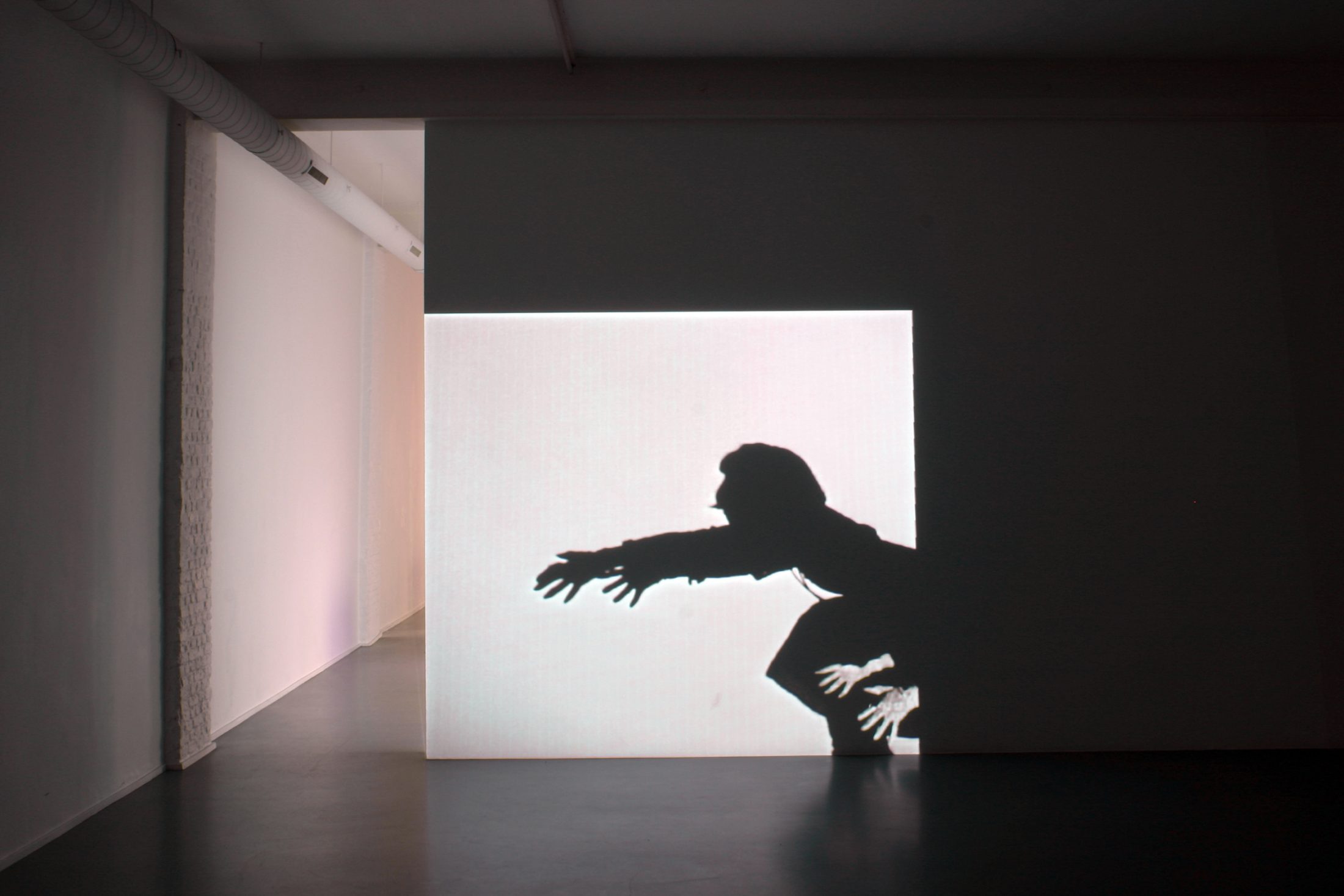