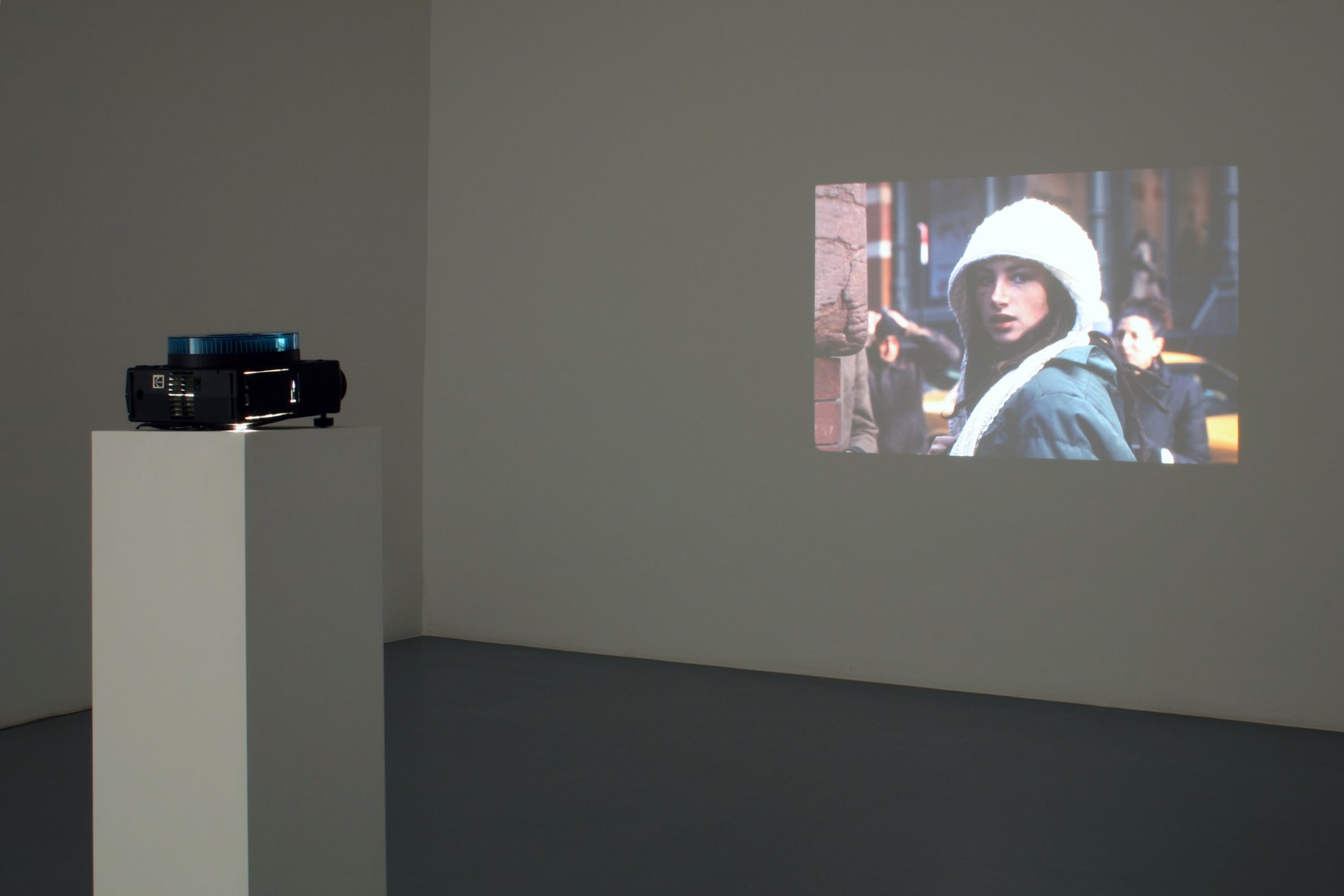 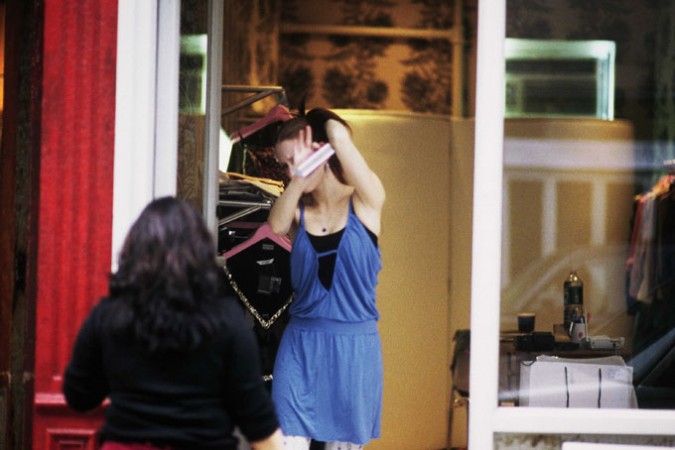 In the winter of 2005, Belgian photographer Anne Daems lived in New York City for six months as a resident of the International Studio And Curatorial Program. In “72 girls and some boys who could be models”, Daems focuses her lens on young New Yorkers captured unawareness–on sidewalks, in the subway, under scaffolding, in traffic, and through shop windows. These delicate surveillance snapshots raise questions about the Self and how we tend to socially classify ourselves and others. 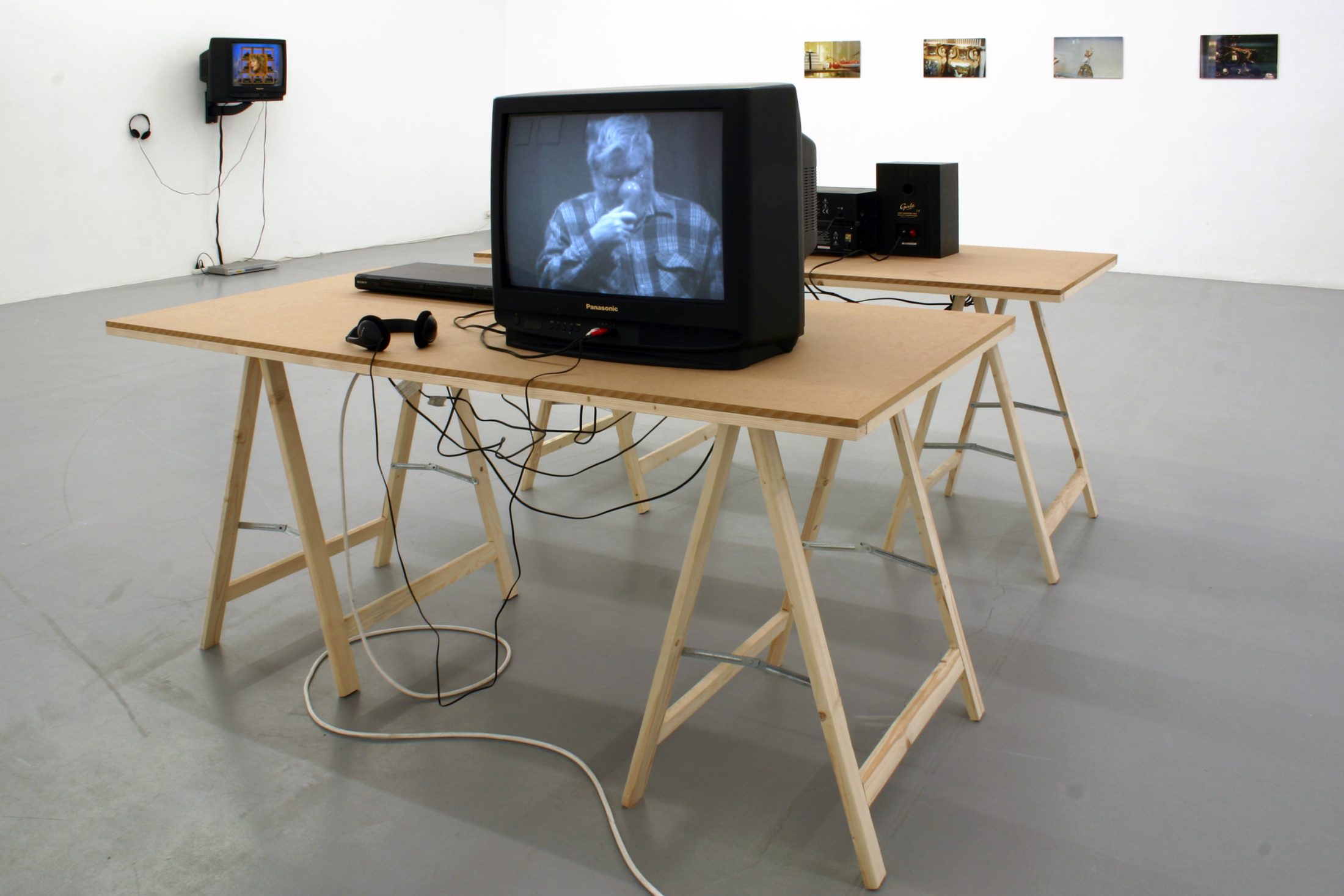 Lax-Relax (1969) is a performance by Dan Graham recently re-enacted in the foreplay of the punk-rock band Japanther. During the performance Dan Graham interacts with a recorded female voice that repeats the word ‘Lax’ in a slow, sensual way. Dan Graham repeats ‘relax’ each time she says ‘lax’. The work was dedicated to Dean Martin. “People said that he was lax, which was considered negative in the 60’s, while everybody in America wanted to relax.” 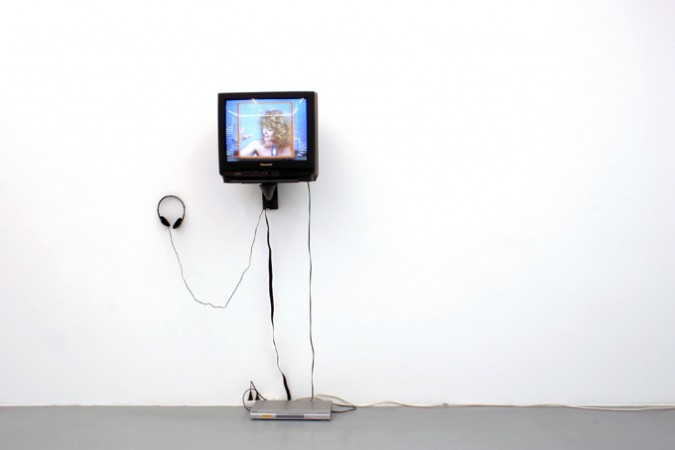 Dara Birnbaum manipulates off-air imagery from the TV game show “Hollywood Squares in Kiss The Girls: Make Them Cry” (1979), a bold deconstruction of the gestures of sexual representation in pop cultural imagery and music. Minor celebrities (which Birnbaum calls iconic women and receding men) confined in a flashing tic-tac-toe board greet millions of TV viewers, animating themselves as they say “hello”. Linking TV and Top 40, Birnbaum spells out the lyrics to Disco songs with on-screen text, as the sound provides originally scored jazz interpolation and a harsh New Wave coda. 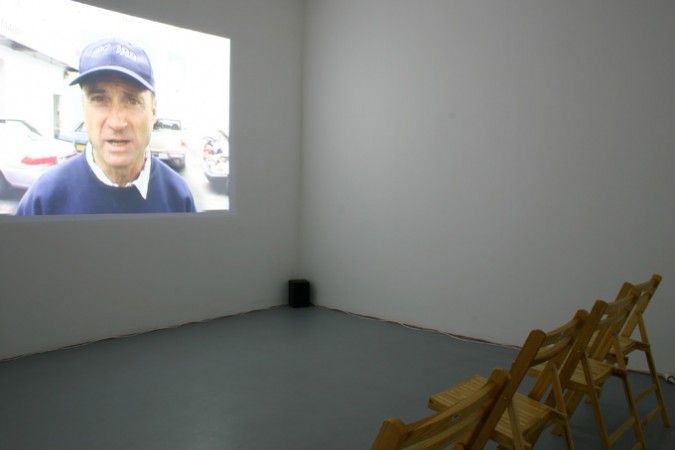 In the video “Blot Out The Sun” (2002), a garage in central Portland is the setting for Harrell Fletcher’s conceptual re-working of James Joyce’s Ulysses. The garage owner, Jay, mechanics and neighbourhood denizens serve as narrators, reading lines from the novel that focus on death, love, social inequality and the relationship between individuals and the universe.

Both a website and series of non-web presentations “Learning to love you more” is a work made by the general public in response to assignments given by artists Miranda July and Harrell Fletcher. Participants accept an assignment, complete it by following the simple but specific instructions, send in the required report (photograph, text, video, etc) and see their work posted on-line. Like a recipe, meditation practice, or familiar song, the prescriptive nature of these assignments is intended to guide people towards their own experience. Since LTLYM inception in 2002 over 2000 people have participated in the project. 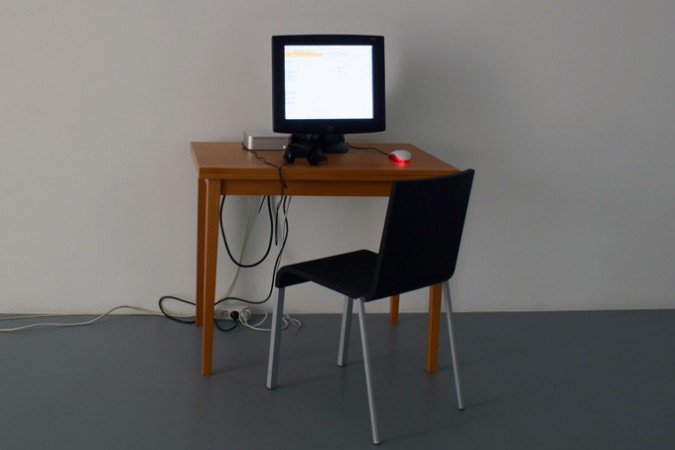 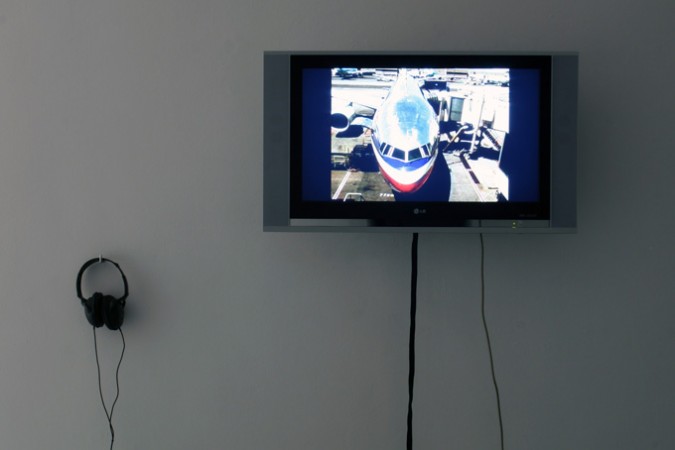 Jeff Preiss
Orchard Document, Part One with may
I Help You by Andrea Fraser
2005-2006

Jeff Preiss uses Andrea Fraser’s reconstructed performance of “May I help you” (1991) produced as the premier event of ORCHARD, an experimental gallery collective on Manhattan’s Lower East Side. This work investigates the mechanics of chronology and the ambiguity of image/sound synchronization. Jeff Preiss is an independent filmmaker whose serial project is distilled from a daily practise of 16mm cinematography during 11 years. He is a founding member of ORCHARD where he both exhibits and works.

For “Piano Pay-Off” Gabriel Lester collaborated with the New York Public Library and the Lincoln Center in a research about archived silent movie scores. Together with piano player Adonis Gonzales, Gabriel Lester recorded twenty-one soundtrack compositions, written between 1899 and 1929. Sixteen of these recordings are compiled on a CD. Since the selection of silent movie soundtracks – and for that matter, the whole area of musical composition for silent movies – seems to have been lost, discarded or forgotten, the CD has become a rare attempt to document some of the very rich and creative musical (and visual) compositions of the twentieth century.

Dominique Petitgand creates sound pieces in which the montage of voices, silence, noise and music produces a series of micro-universes that hover between reality (recordings of people talking about their lives) and immersions in dream-like fictions free of context or time. Aloof (2005) is a sound piece with 2 voices: a little girl is doing different sounds with her voice (an unknown language between shouting, singing or breathing), while a man is trying to translate (in English) what she seems to say (according to him).