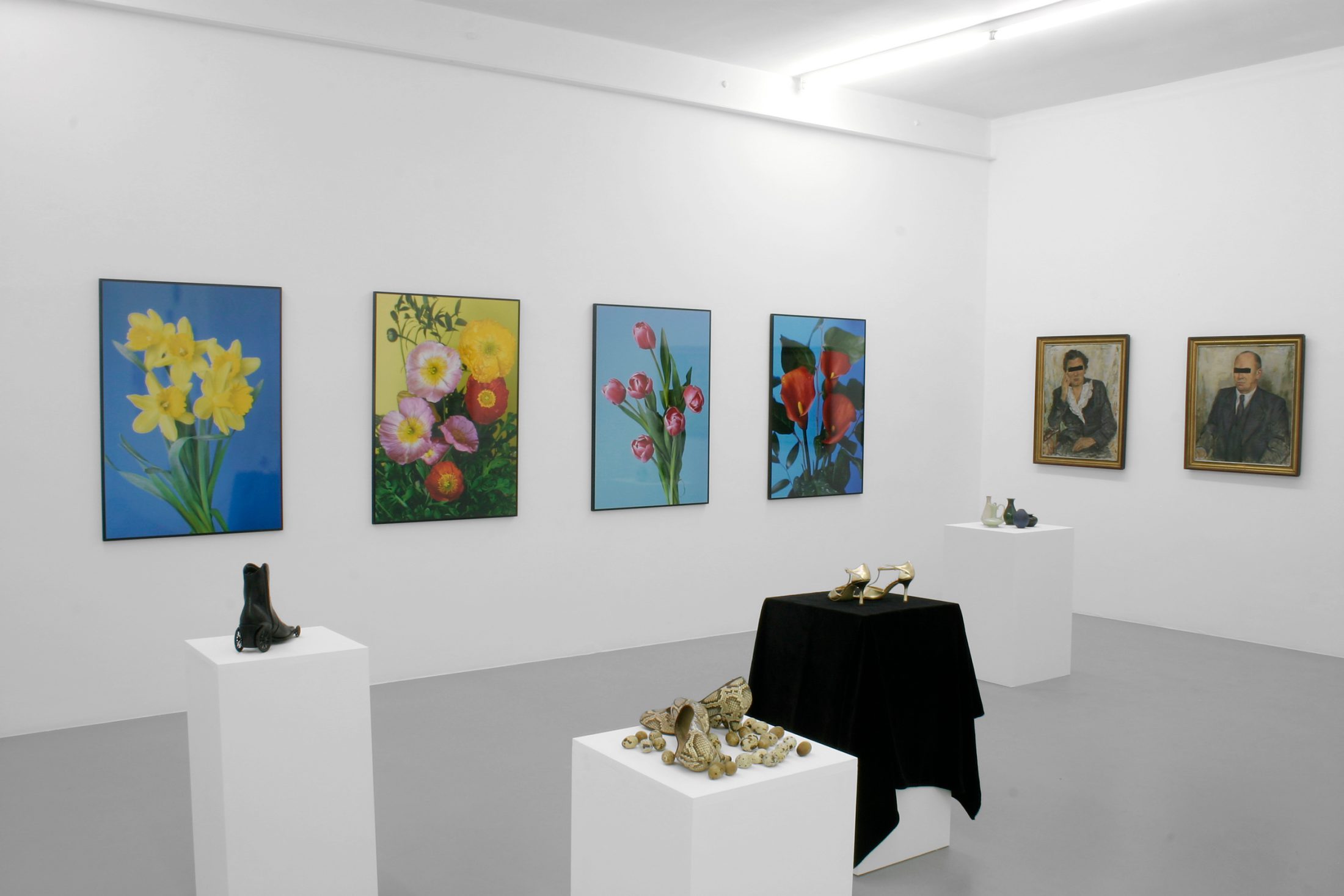 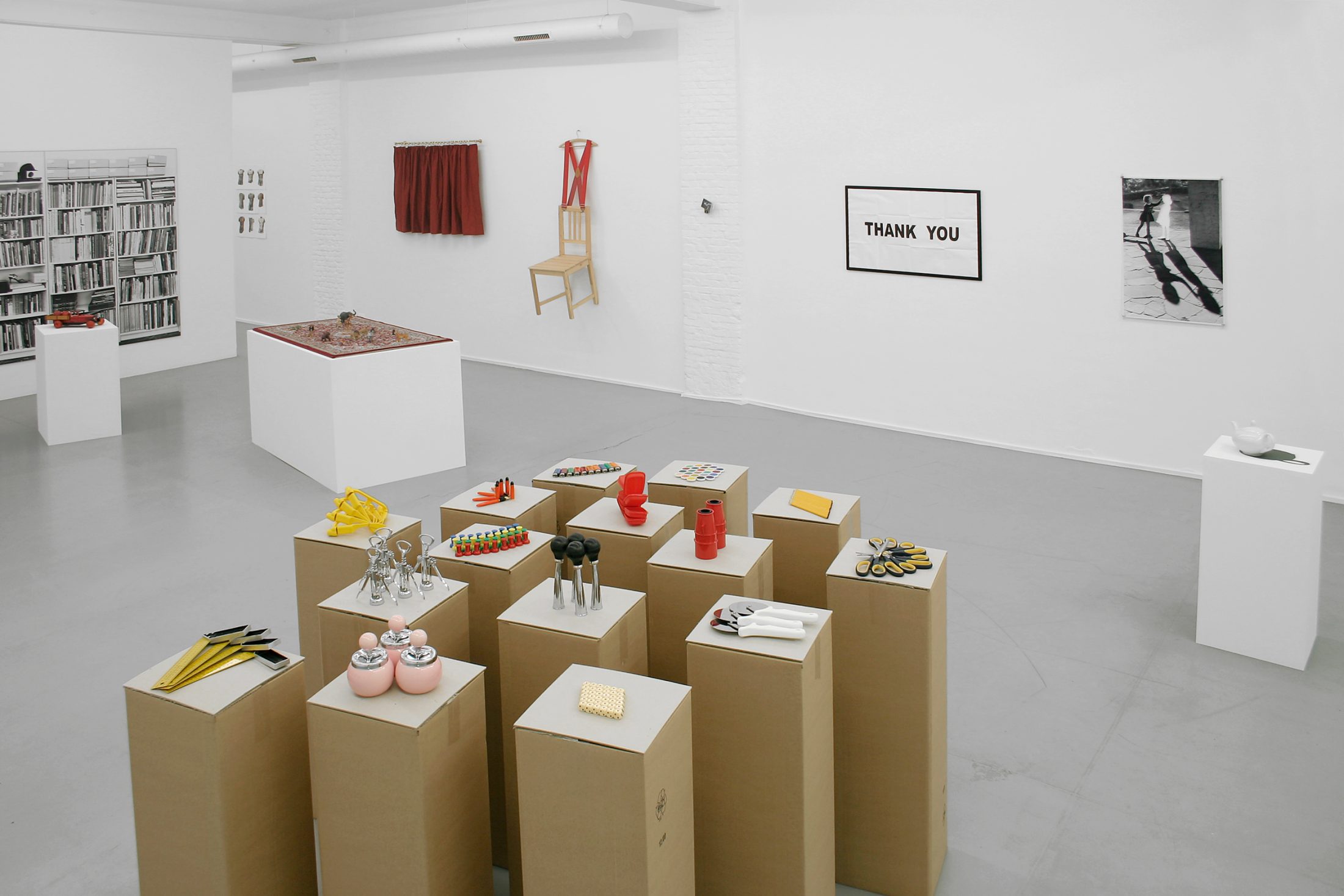 Feldmann’s reservoir of images spans the wide world of kitsch: pictures of sunsets, cute puppies, and idyllic landscapes, which even in grainy reproductions still harbor the promise of “beauty”; a trove that reflects the allure of advertising and personal and collective longings, as well as the banality of the (petit bourgeois) everyday. “I am not interested in the high points of life. Only five minutes of every day are interesting,” says Feldmann.

Feldmann’s archaeology of mass-media imagery is characterized by a particular attention to the influence pictures exert on our thoughts, emotions, and actions, to the categories of perception that order our worldview, the mechanisms of in- and exclusion, which are always attended by value judgments, if never explicitly stated. This, among other things, is what grounds the artistic relevance of Feldmann’s approach–and what makes his work at heart political.

Moving between different systems of communication is the most typical feature of Feldmann’s oeuvre. Although radical departure from the aesthetic tradition of art is his fundamental statement, he is in this way actually returning to the approach of photographers who, back in the late nineteenth century, carried out their investigations without artistic aspirations. Like them, Feldmann underscores the basic structural aspects of everyday experience. In this way he is also challenging the viewers to try and establish the same kind of relationship to the depicted subject matter as he himself has. With his pictures Feldmann disrupts the established use and status of pictures in art and in the public print-media, not only by including private photos in his work, but also, indeed mainly, by subsequently returning some of them to his family album, and thus excluding them from art. Most radically, he attacks the established role of the artist by leaving so much of the production of meaning up to the viewer. 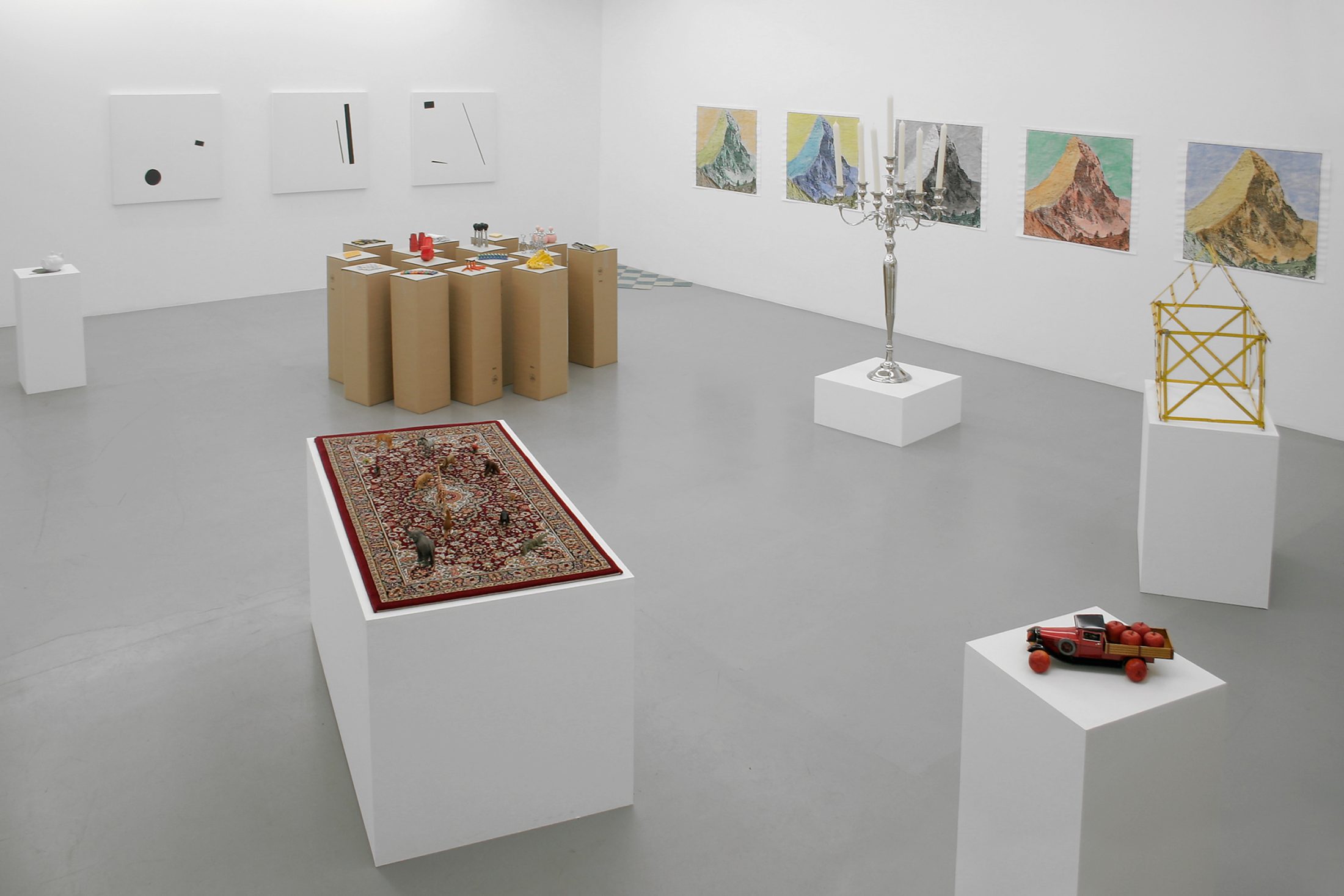 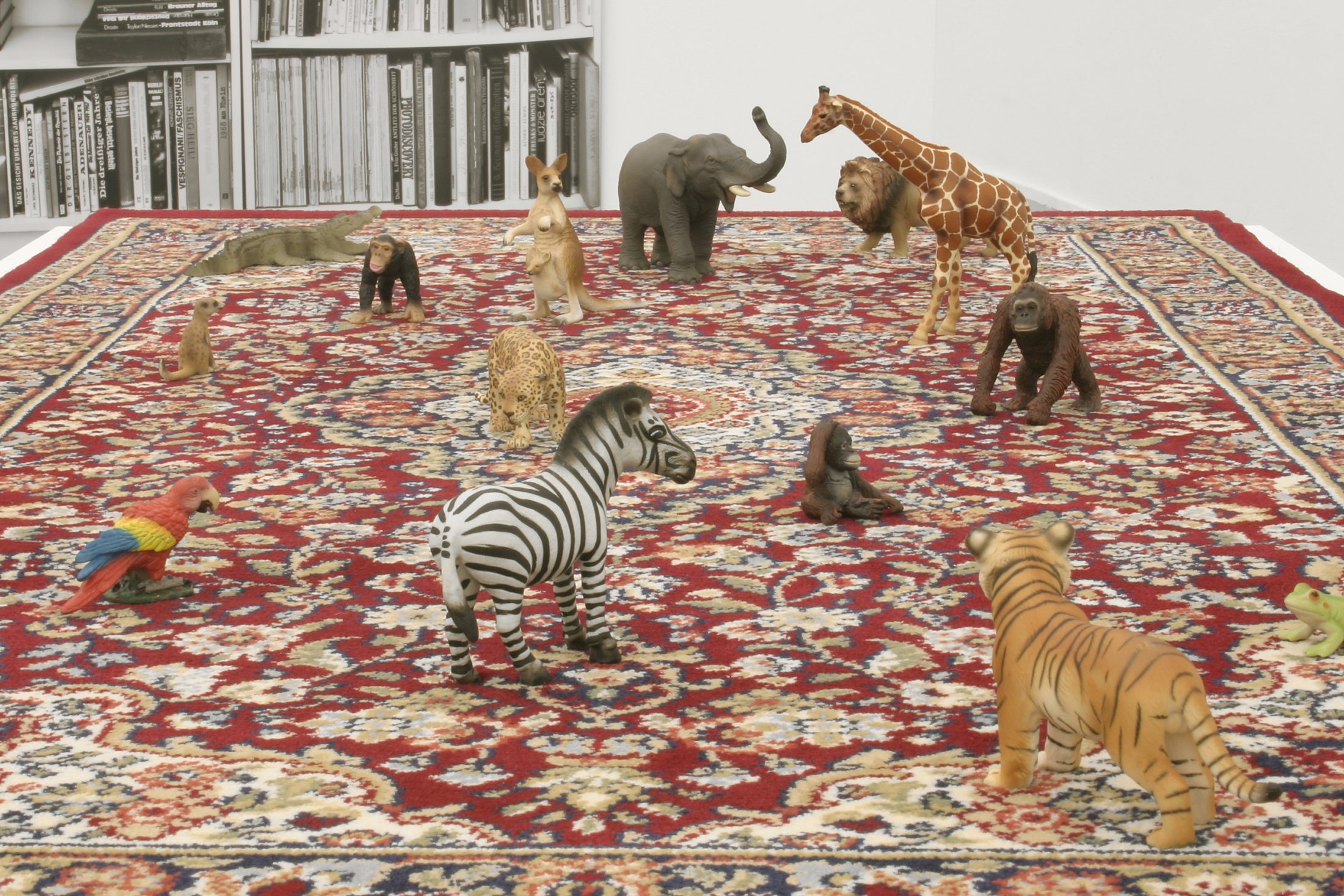 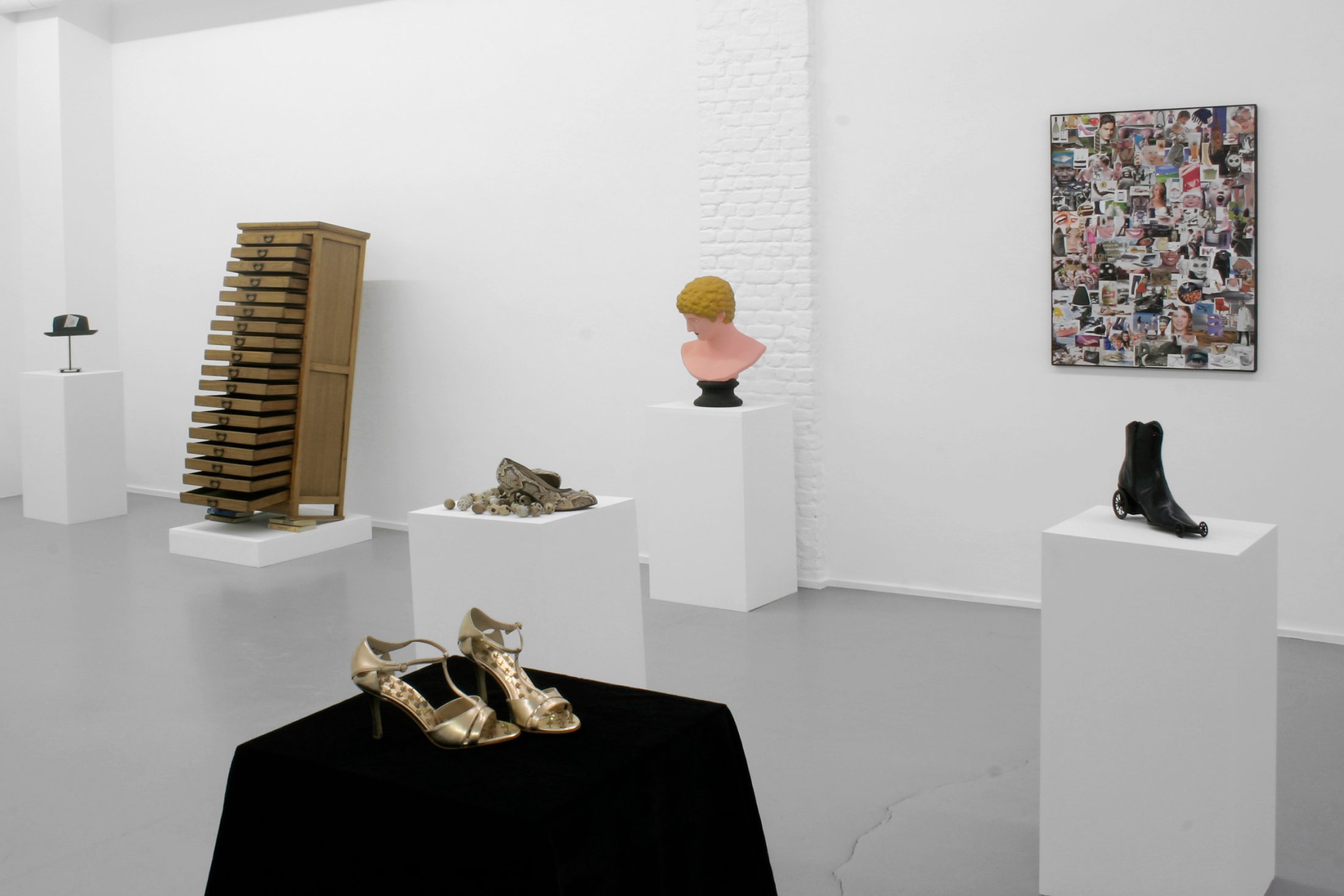 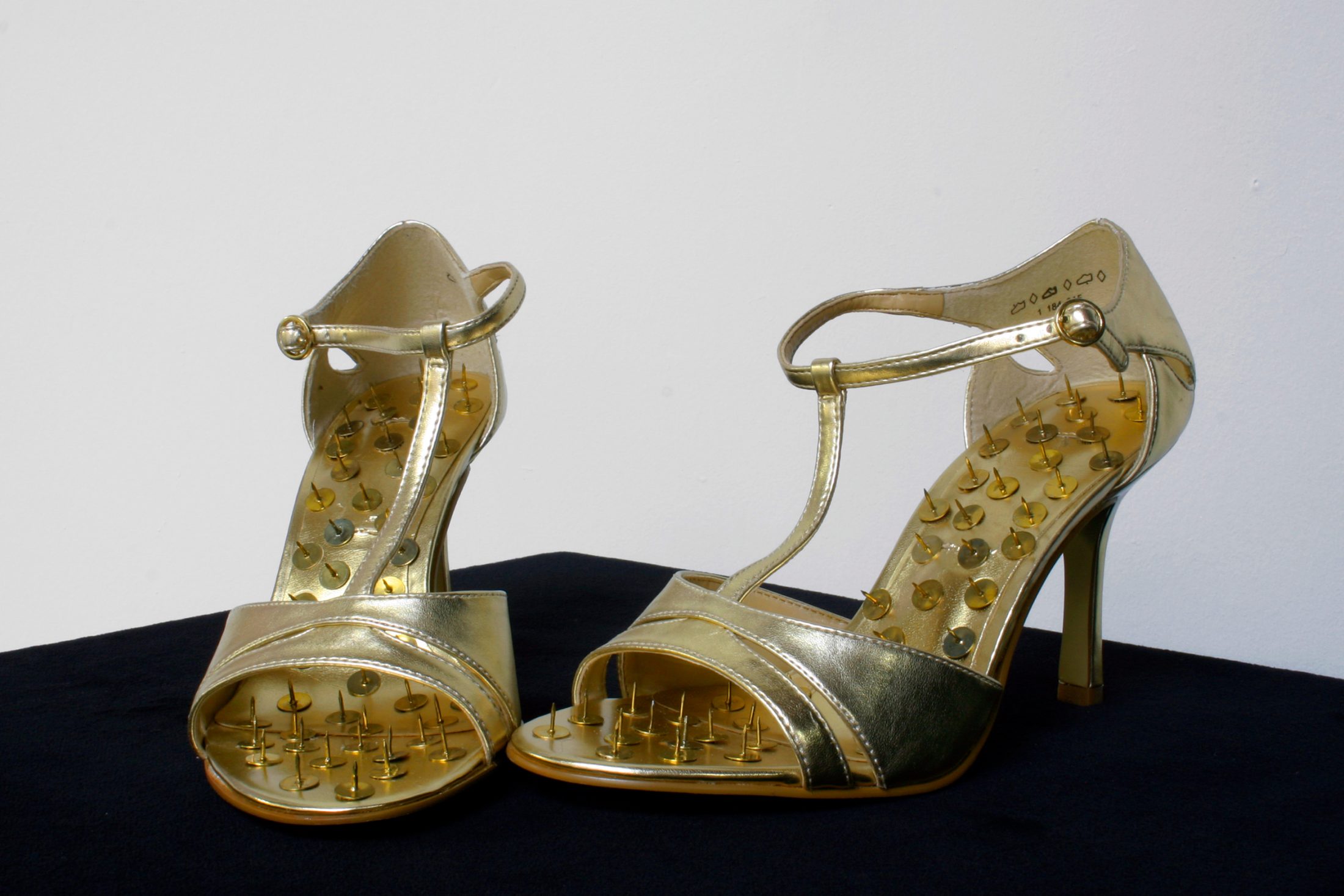 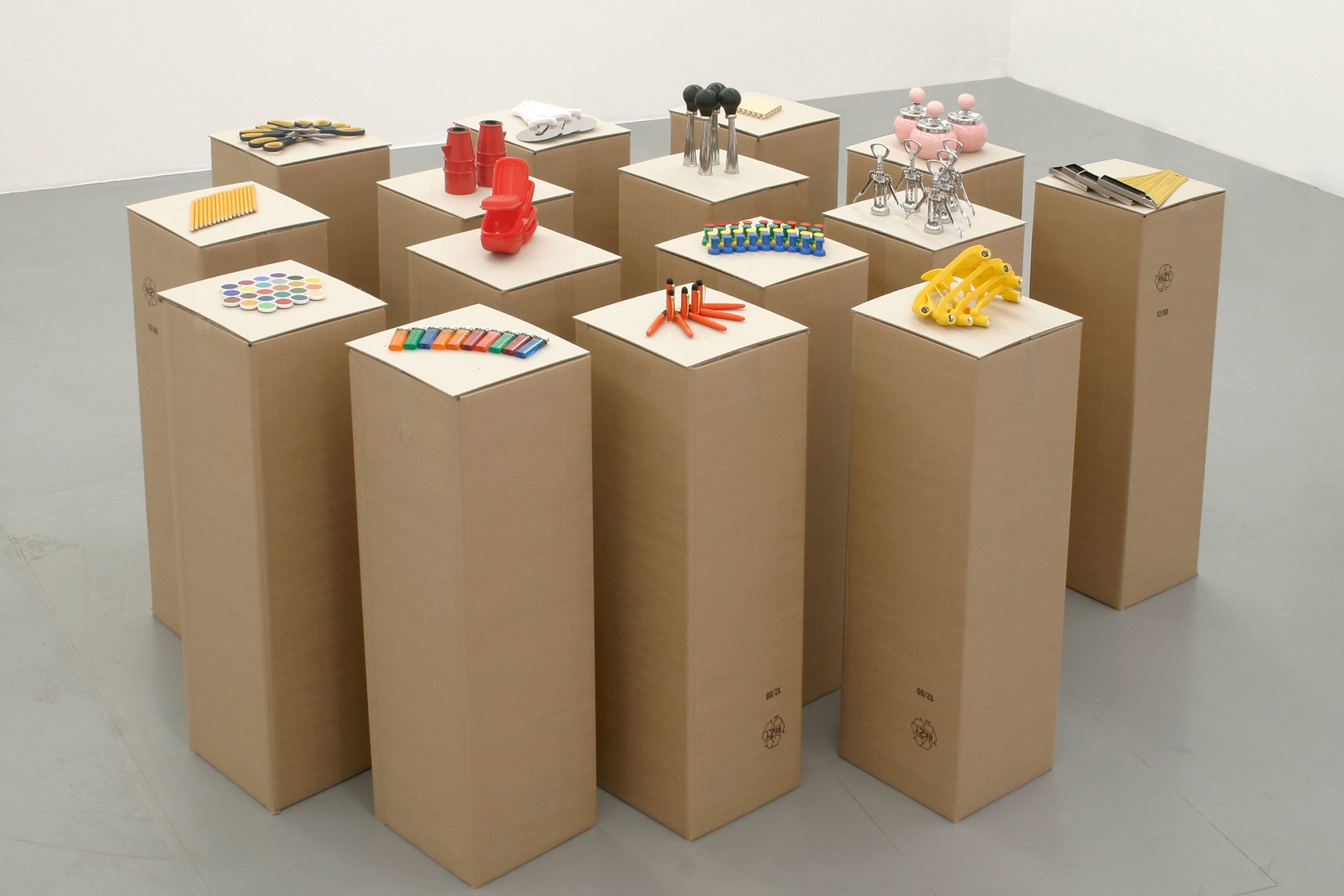 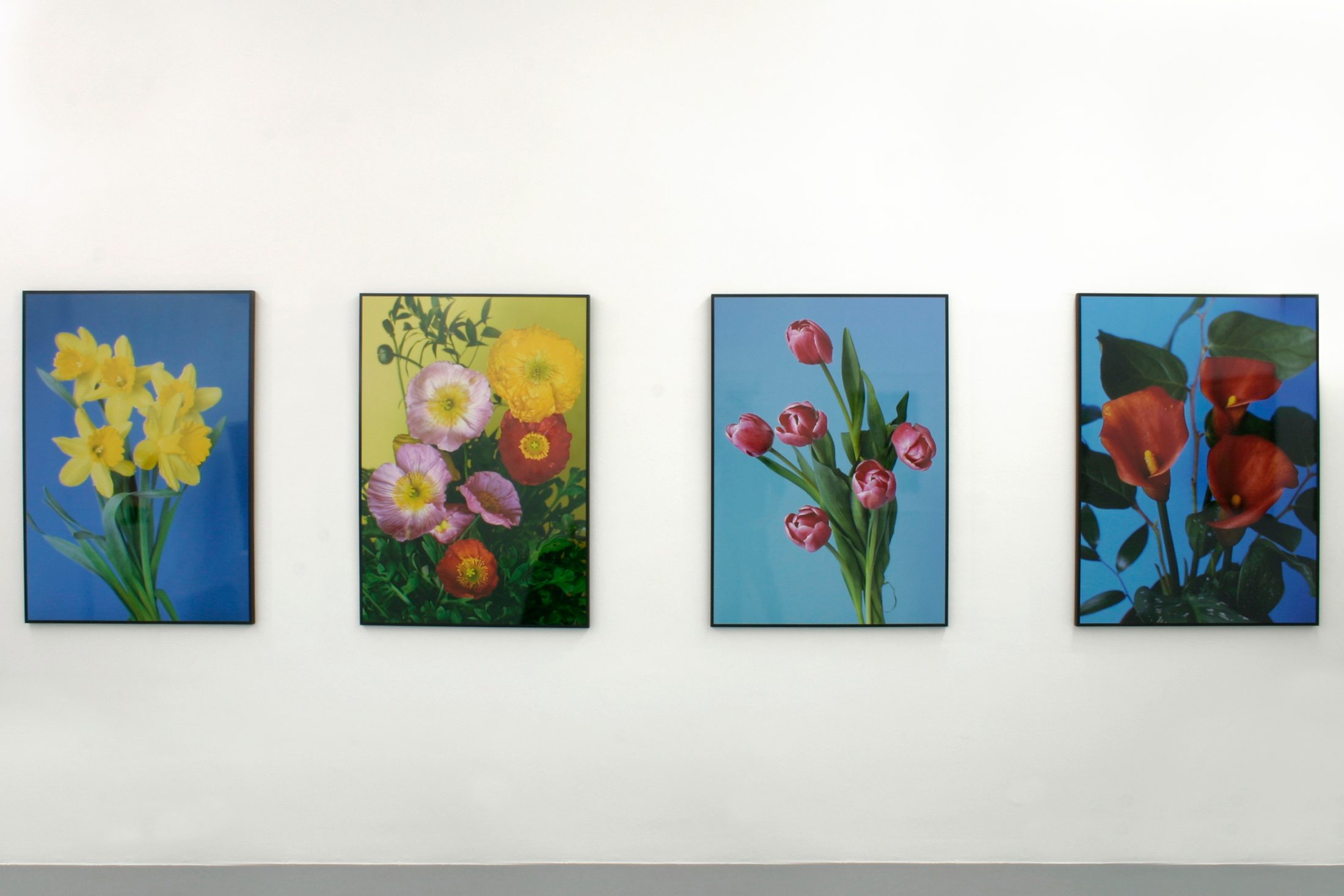 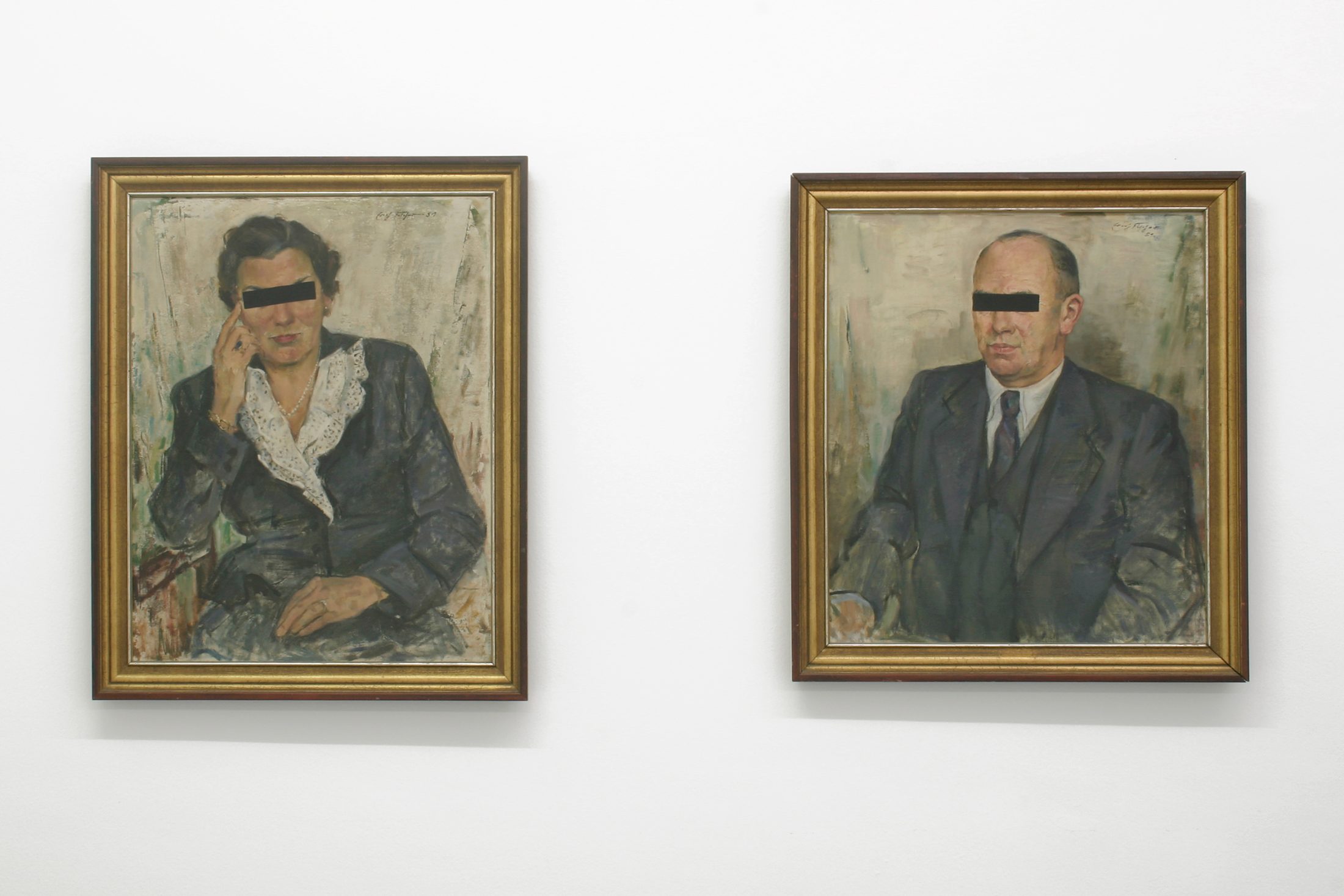 Two old paintings, man and woman with black barrel over the eyes, 2007 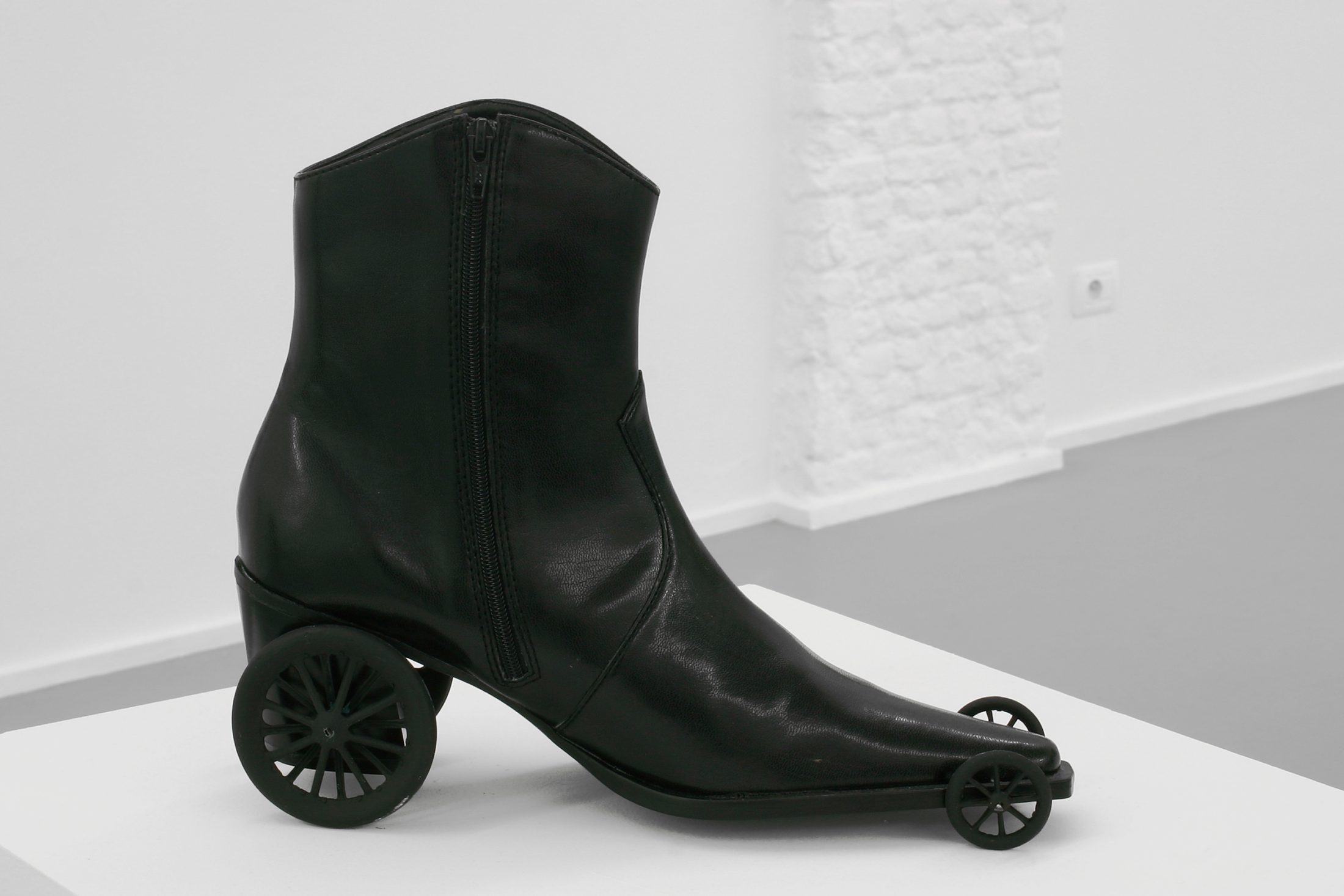 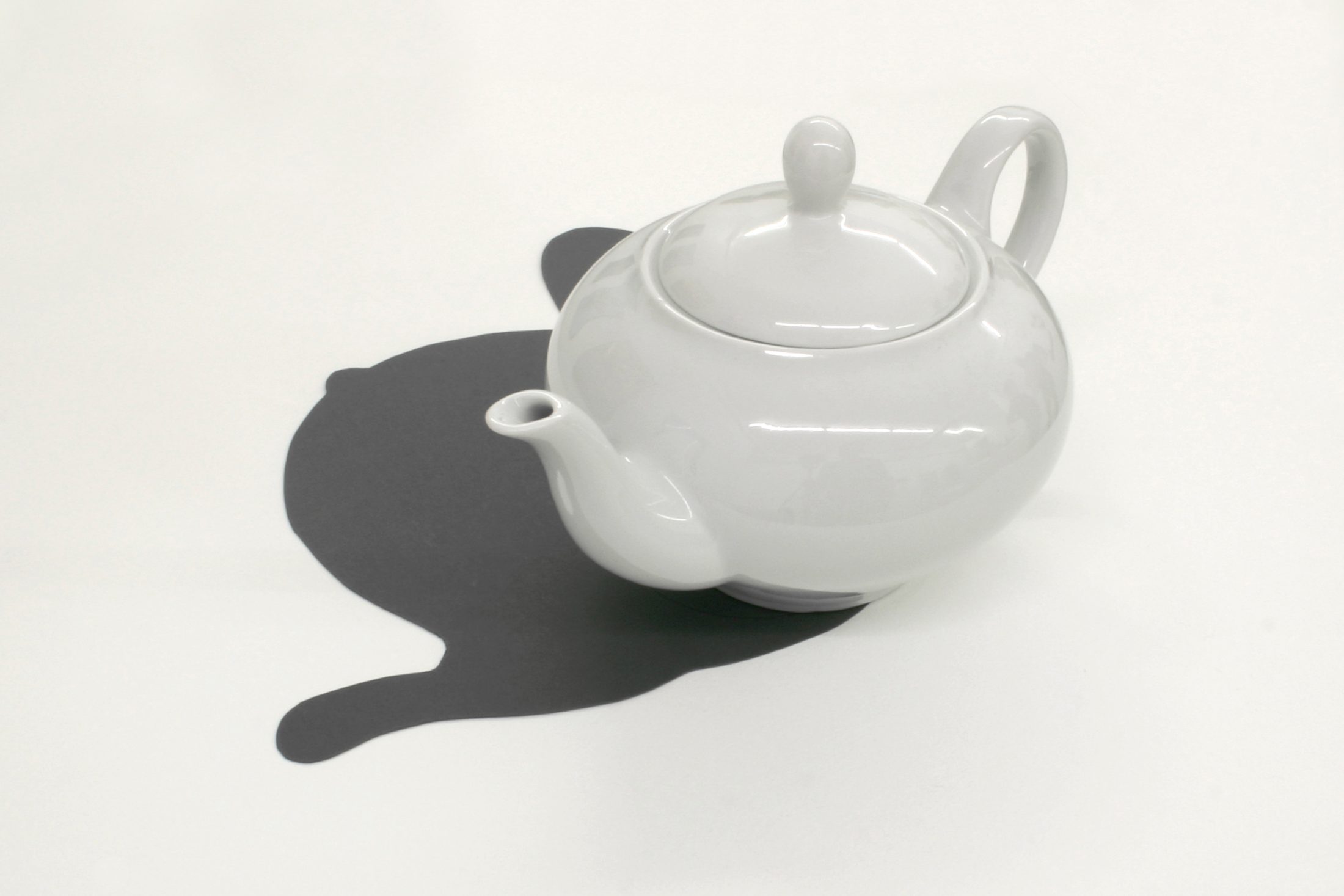 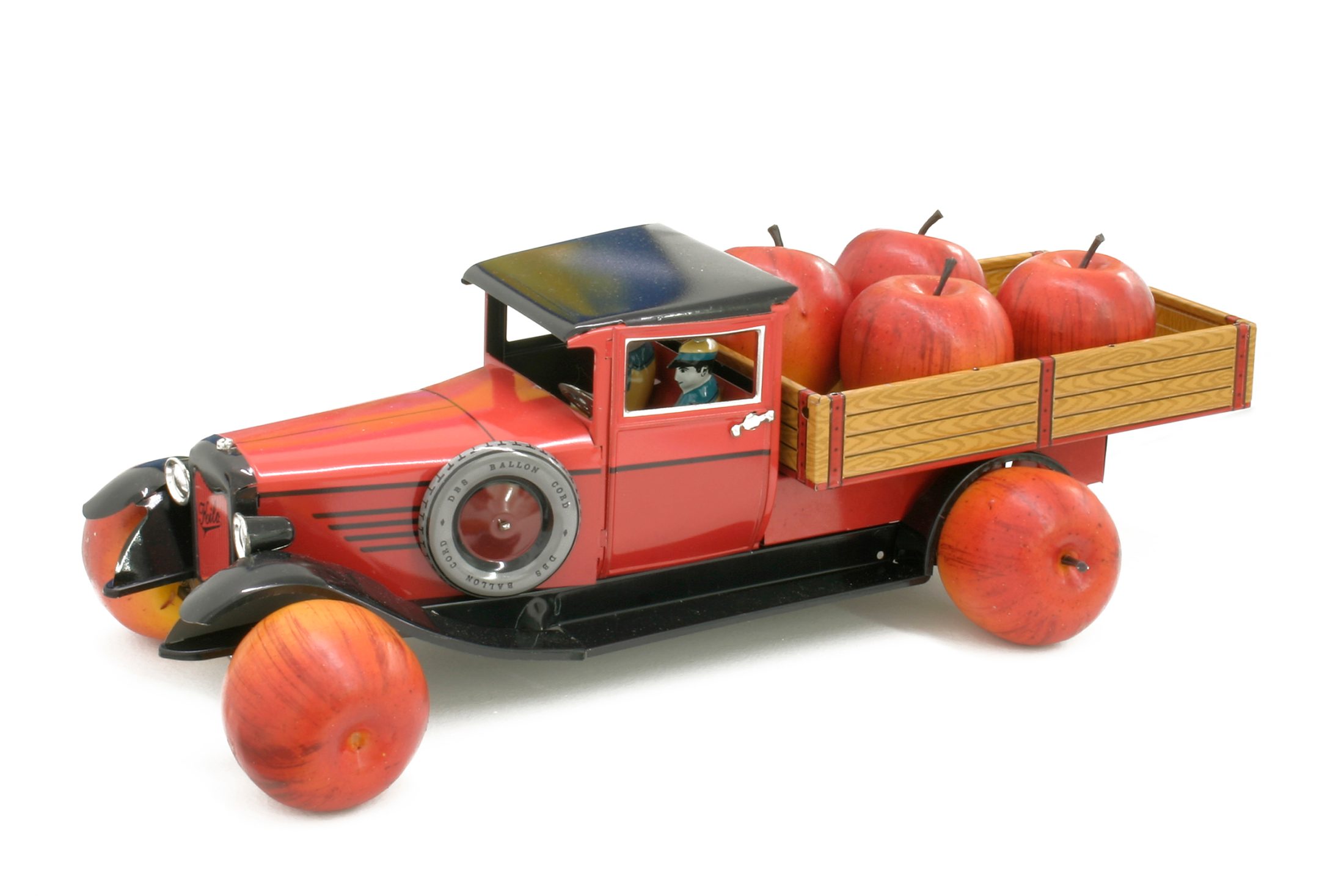 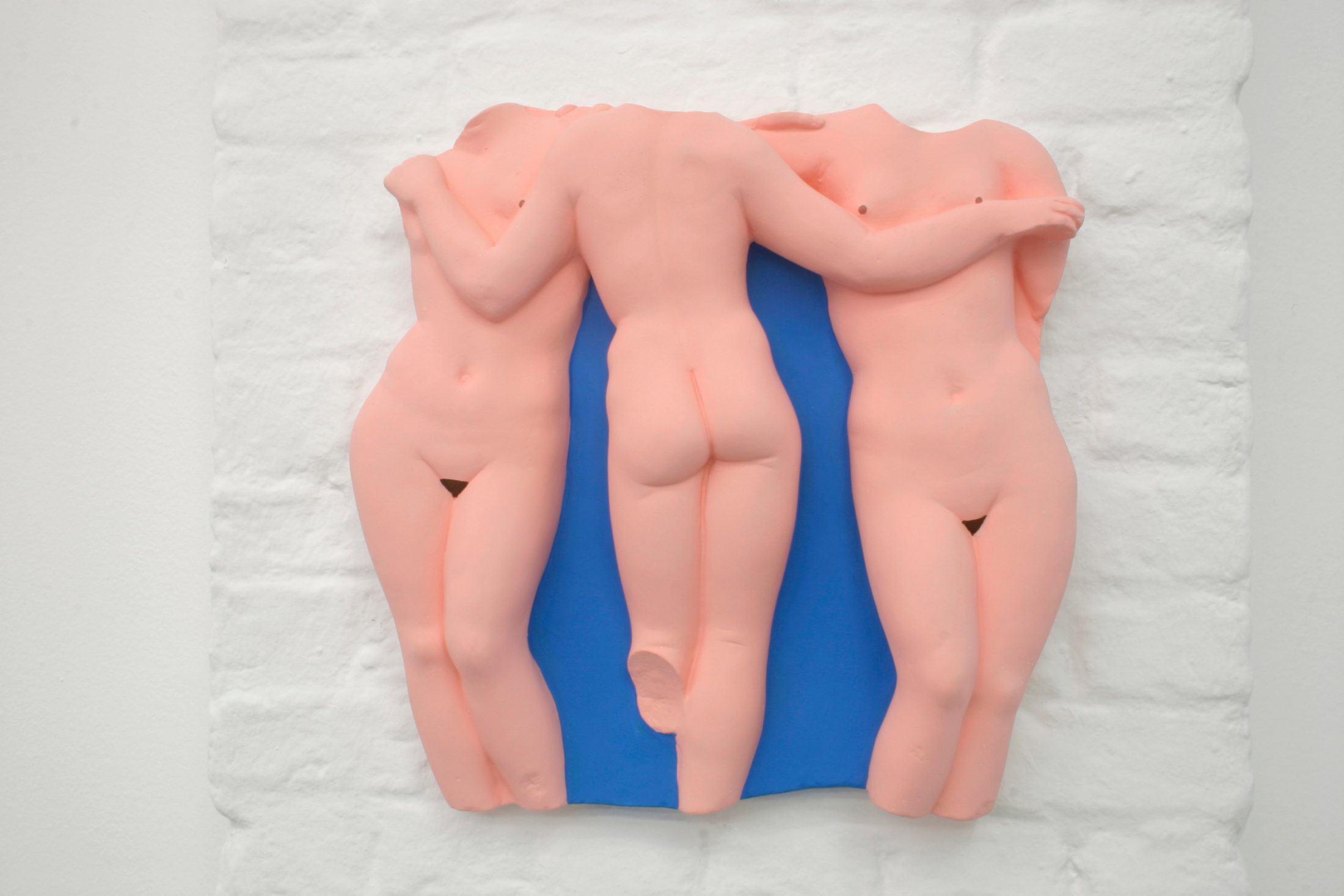