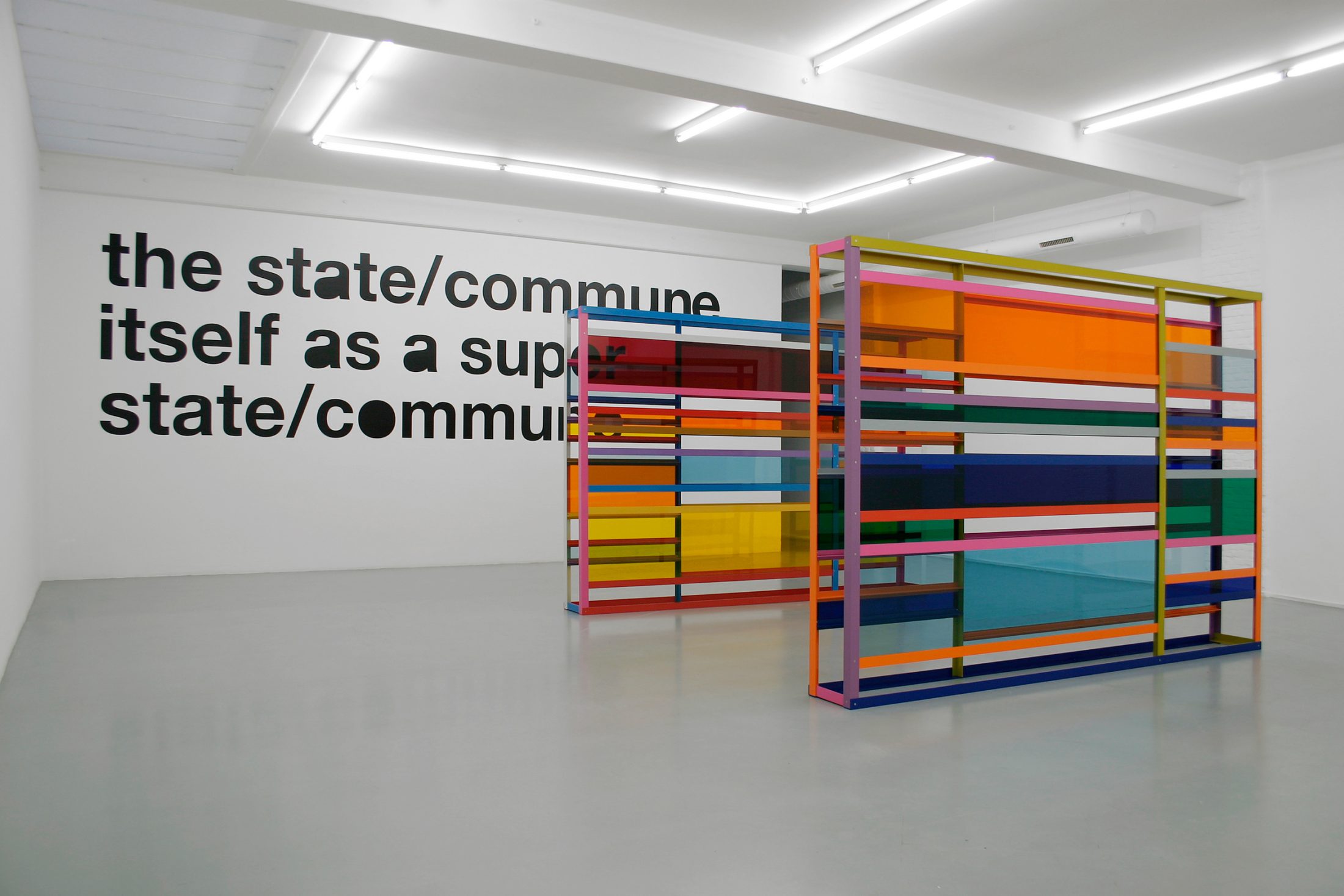 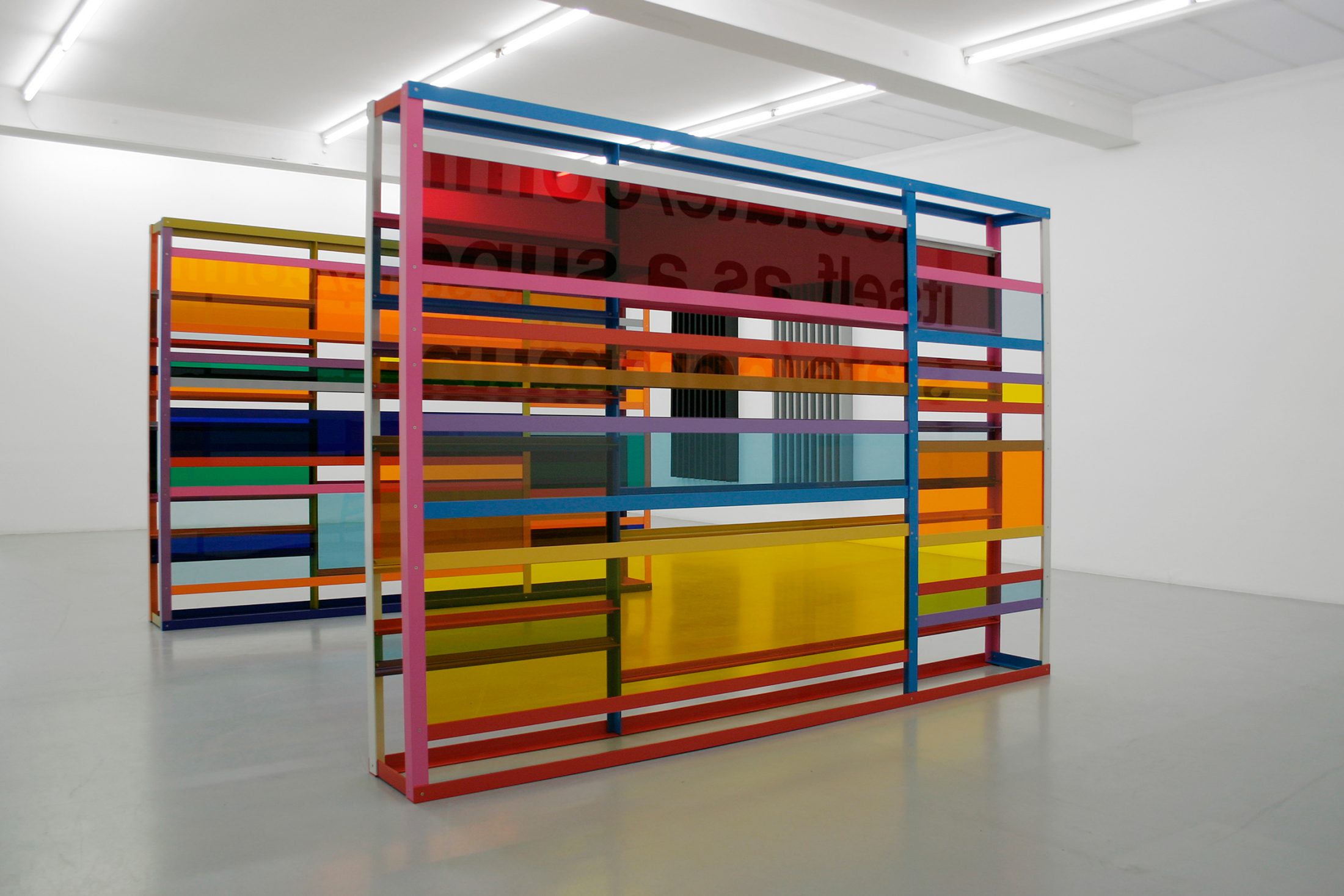 The State Itself as a Super Commune

Working initially from Brazilian research into Swedish car production methodologies Liam Gillick has been developing a series of scenarios that do not create a sequence of images, but propose a mise-en-scene where the implications of alienated capital may be reconsidered. Experimental production methods, developed in the 1970s in Sweden, have become part of the standard rhetoric of Western industry. These developments have been challenged, however, by the increasing globalisation of production and outsourcing away from the site of consumption.

In the continually deferred book Construccion De Uno, Gillick creates a scenario where workers in a northern European car factory return to their former work place and discuss the potential of eco-political exchange systems and alternative production models.

The exhibition includes a large text that announces the completion of a project of reconsideration combined with physical structures that might be considered as the first step in finding new uses for the factory environment. As with much of Gillick’s recent work, earlier investigations into non-place, the ambient effects of applied modernism, historical attempts to encourage communal working environments while avoiding classical models of Communism and the gap between the processes of modernisation versus the critical potential of modernism are combined in a series of works that work in parallel to the potential of a critical text. 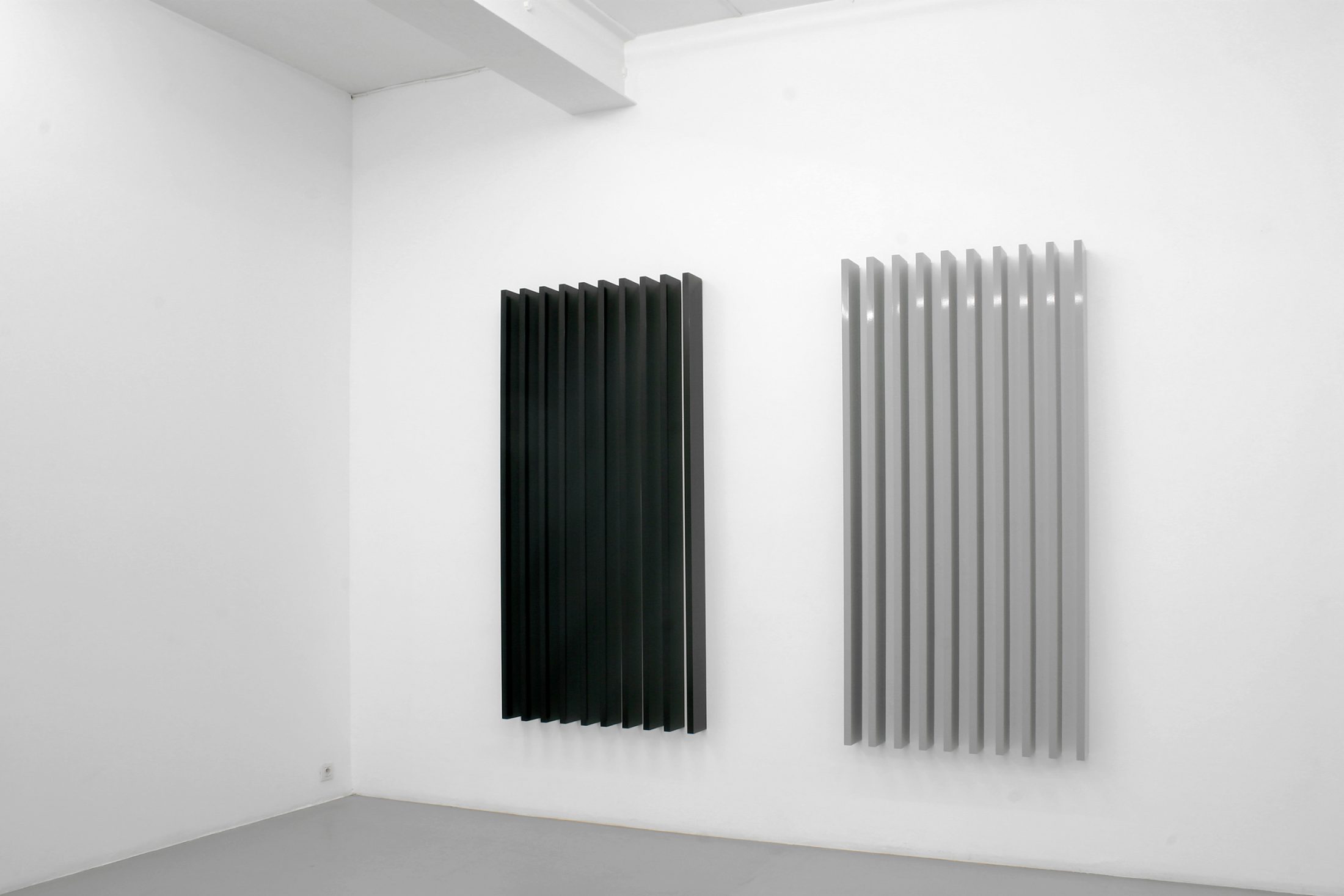 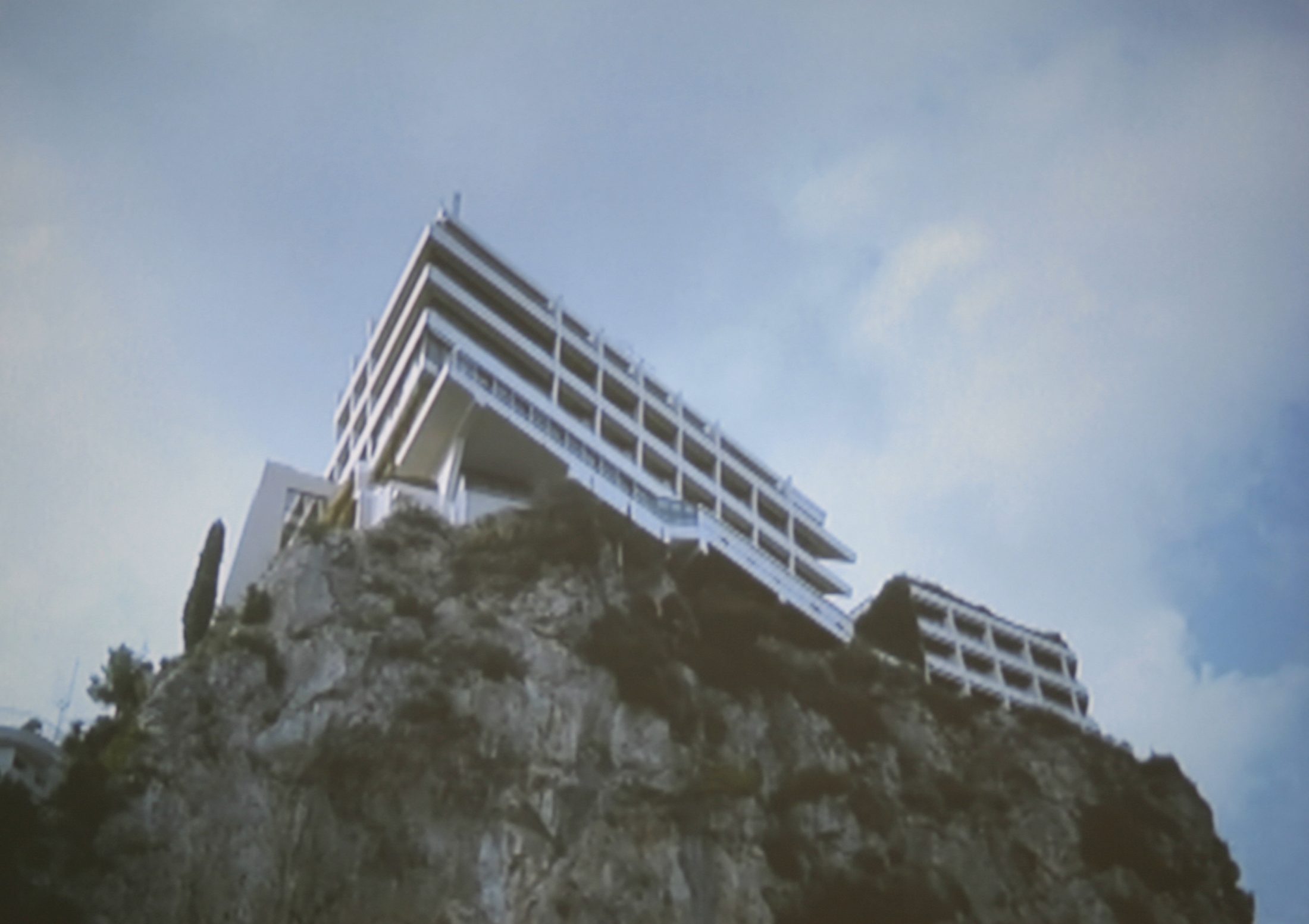 A film based on a conversation between Liam Gillick, Douglas Gordon
Carsten Höller, Pierre Huyghe, Phillipe Parreno and Rikrit Tiravanija 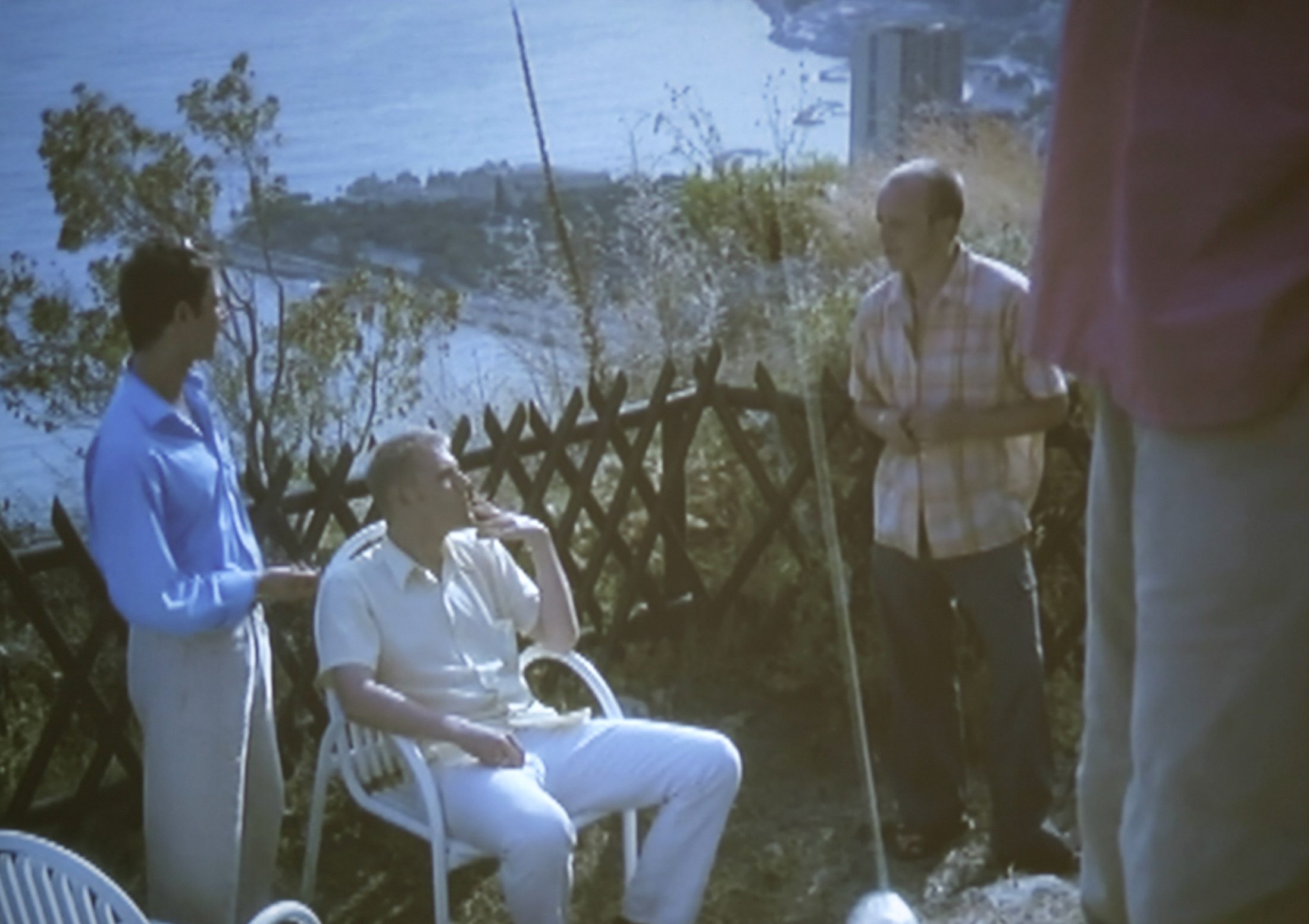 A film based on a conversation between Liam Gillick, Douglas Gordon
Carsten Höller, Pierre Huyghe, Phillipe Parreno and Rikrit Tiravanija. 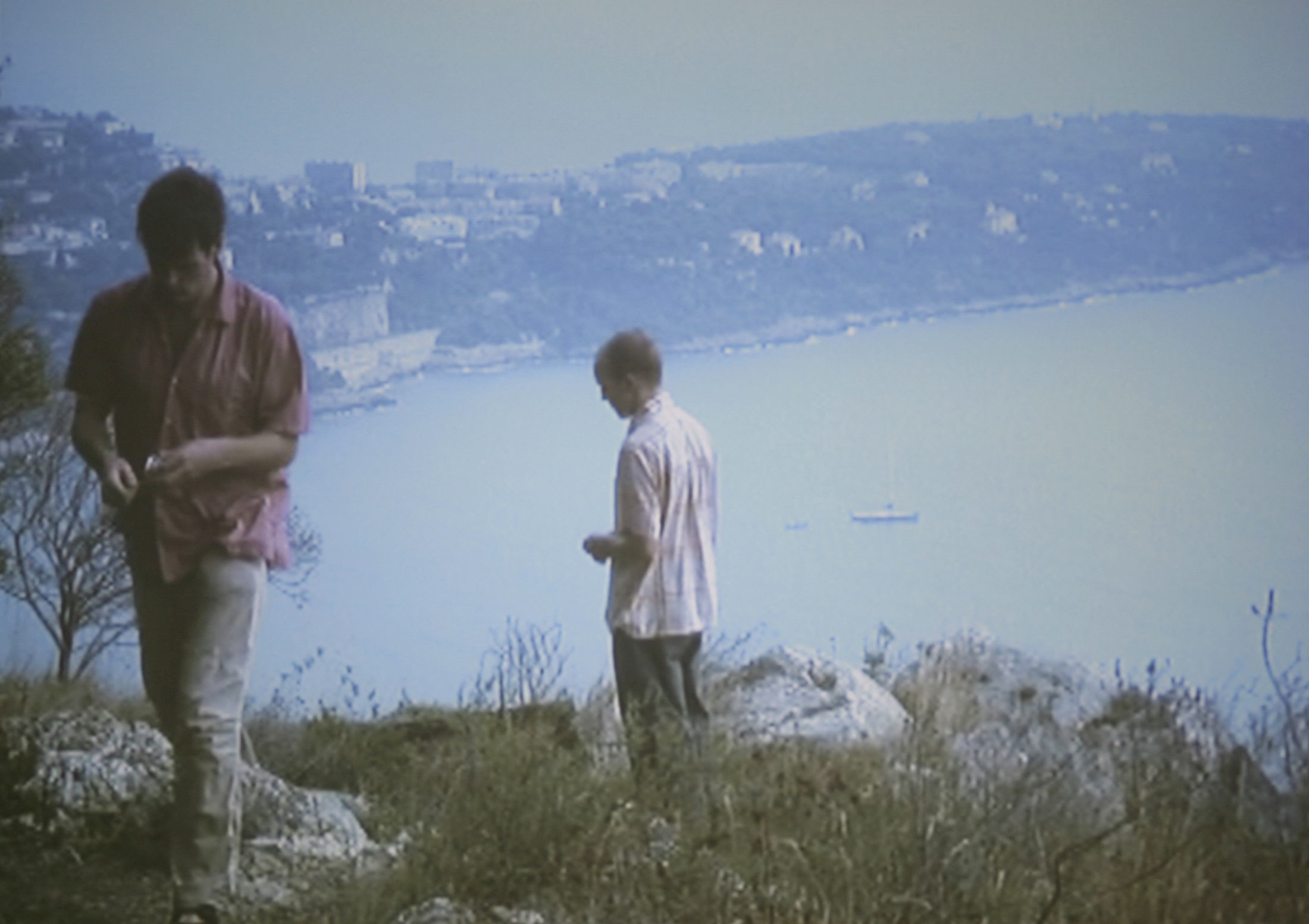 A film based on a conversation between Liam Gillick, Douglas Gordon
Carsten Höller, Pierre Huyghe, Phillipe Parreno and Rikrit Tiravanija.

Vicinato is a film divided into several chapters. It is based on a conversation between friends, between artists. As time goes on, the directors film a different movie. Four years after Vicinato 1, the conversation continues.
Vicinato 2 is filmed in colour, and features Josh Cole, Grant Gillespie, Karl Pitton and Tim Webster. The scenario is based on a conversation between Liam Gillick, Douglas Gordon, Carsten Holler, Pierre Huyghe, Philippe Parreno and Rirkrit Tiravanija, recorded between 1998 and 1999.
The location has a view on Monte Carlo.