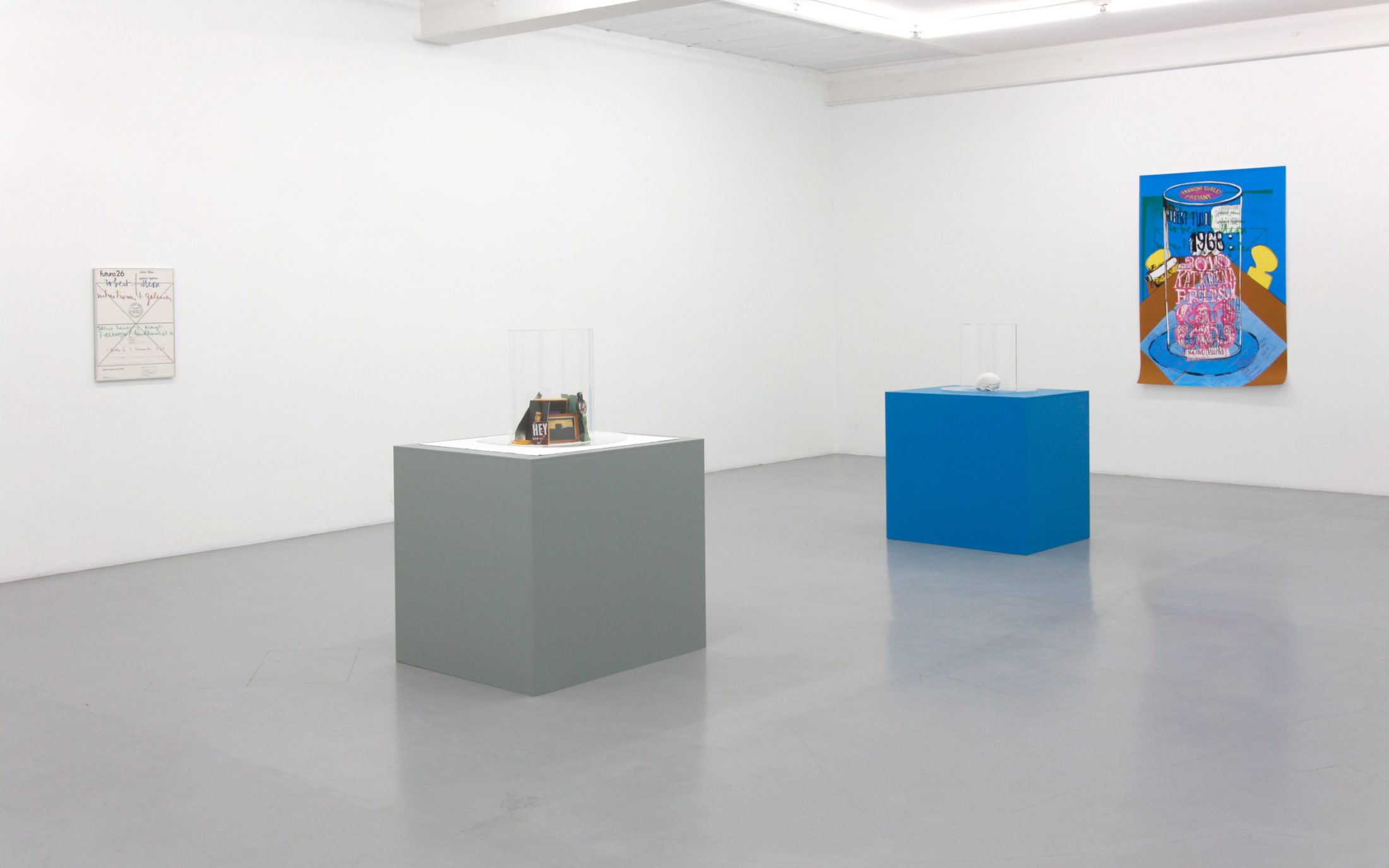 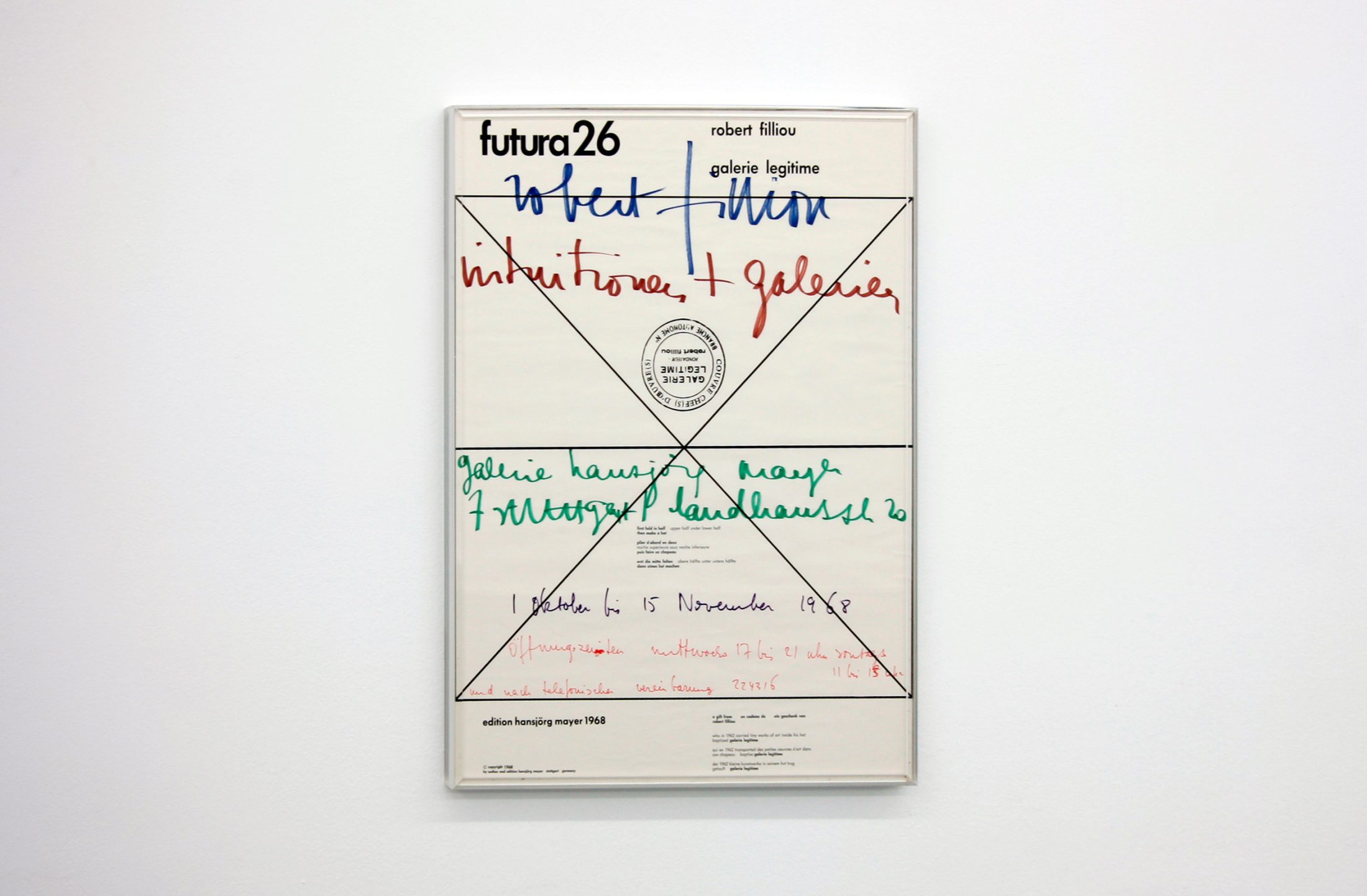 François Curlet proposes a gallery within the gallery and uses the Galerie Légitime by Robert Filliou in which works of art by different artists are covered by a Plexiglas hat.

In the exhibition two posters are also shown: one published in 1968 by Mayer Editions for the exhibition of Robert Filliou that showed 6 versions in different colors of the Galerie Légitime. The second poster is by M/M (Paris) and is part of François Curlet’s Galerie Intuitive.

François Curlet is interested in Filliou’s principle of liberty, who wanted his Galerie Légitime to be a functioning gallery in which he could show his own personal work.

François Curlet decided to replay this principle by creating an Intuitive Gallery Légitime.

The choice of the plaster brain by Katarina Fritsch is a play on Robert Filliou’s idea of wearing a hat that contains works of art on your head and brain where after all, everything is anyway.

So in my cap, the same as the one I’m wearing now, inside my cap, on top of my head, I had small works of mine. At that time I used to make things, where I measured up things, or I mummified them.

Then in the streets of Paris, I would walk through the streets and I would come up to somebody walking in the street, and a typical dialogue might be, “Are you interested in art, monsieur, or madame, or mademoiselle?” and if they said, “Yes, yes,” I would say: “Well do you know I have a gallery?” If they express some interest, I would say “Here it is”.

There inside my hat were the works. They were a little bit bigger than this grape, you see, or this stamp. And then we would look at the works. — Robert Filliou 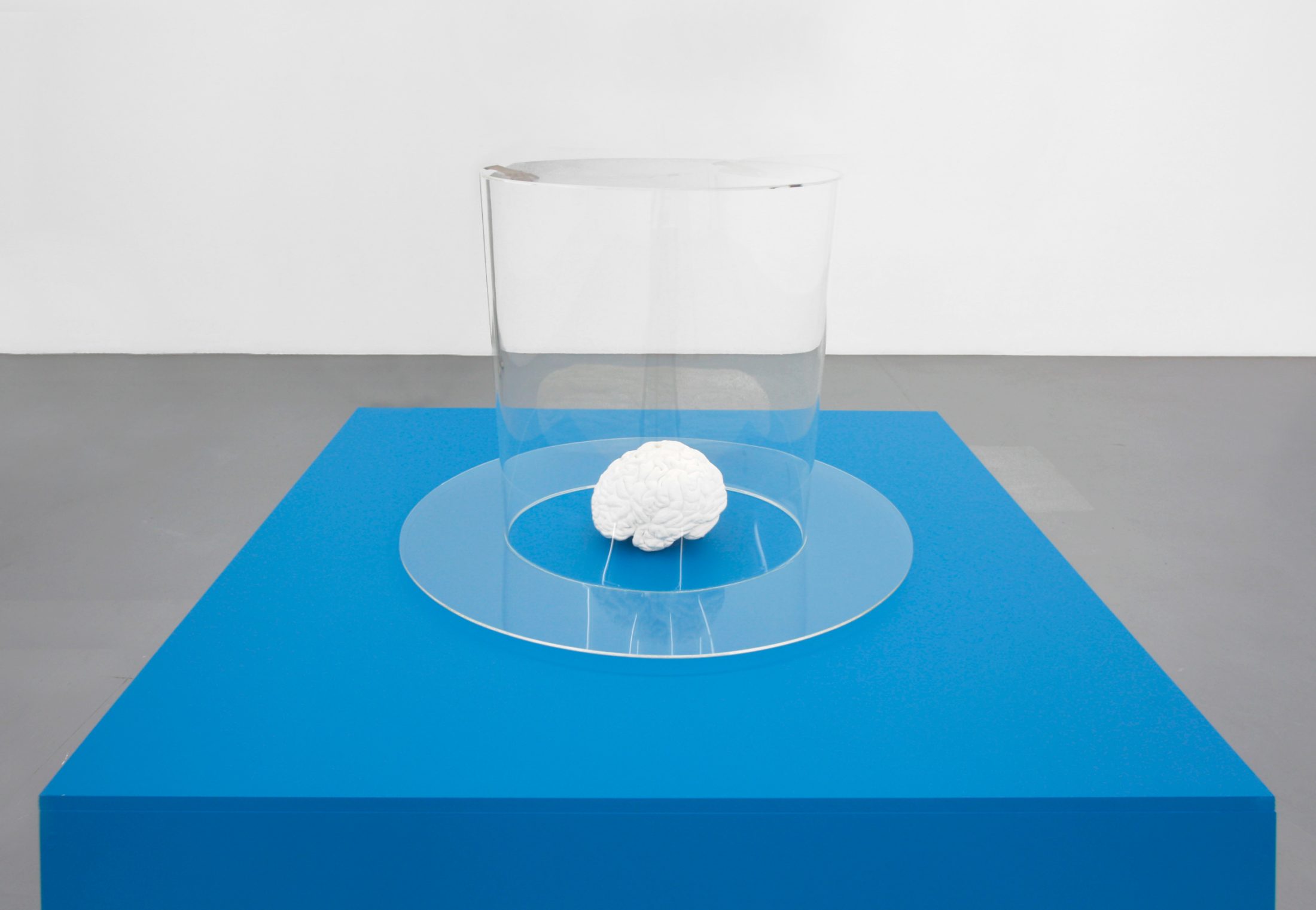 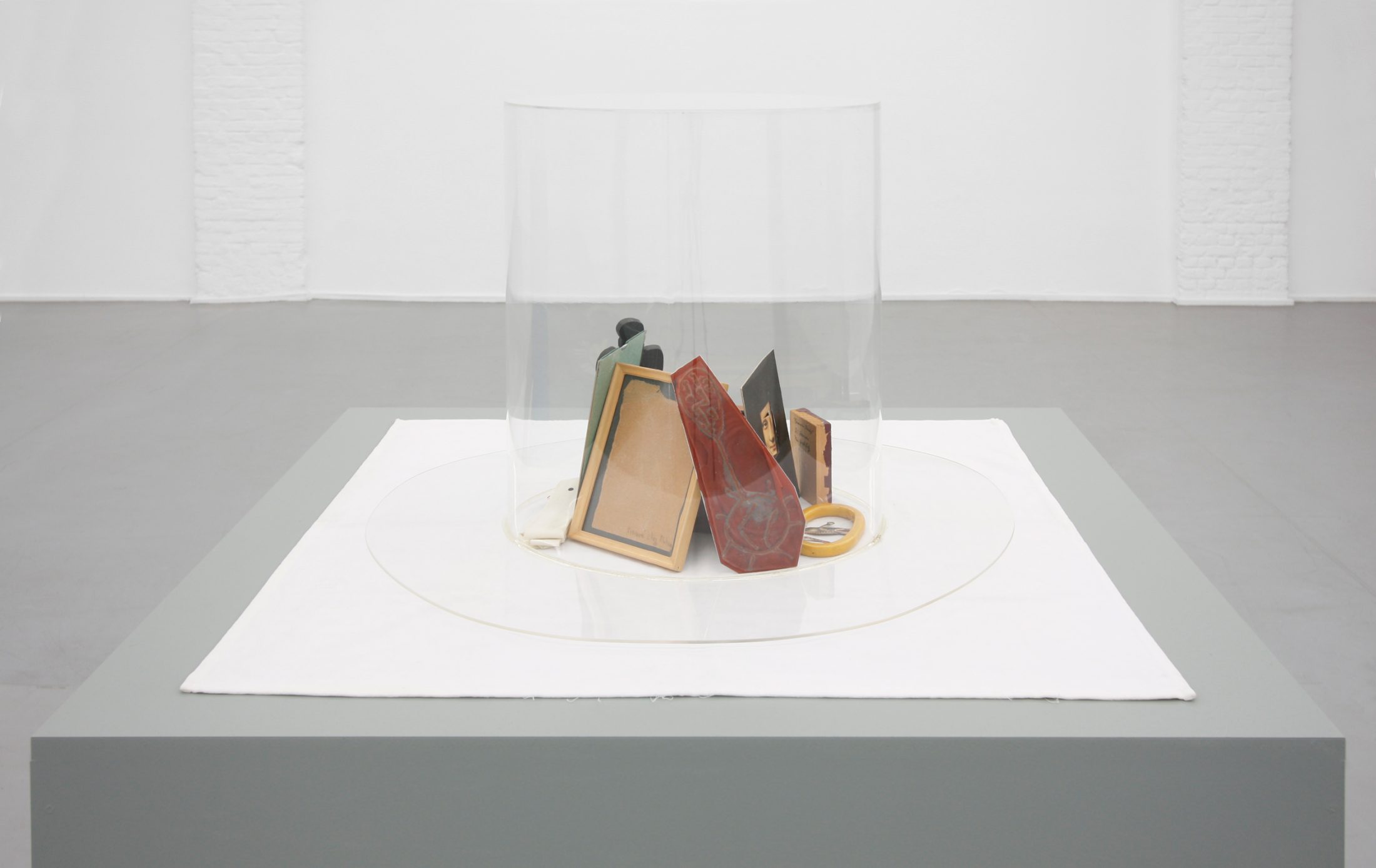 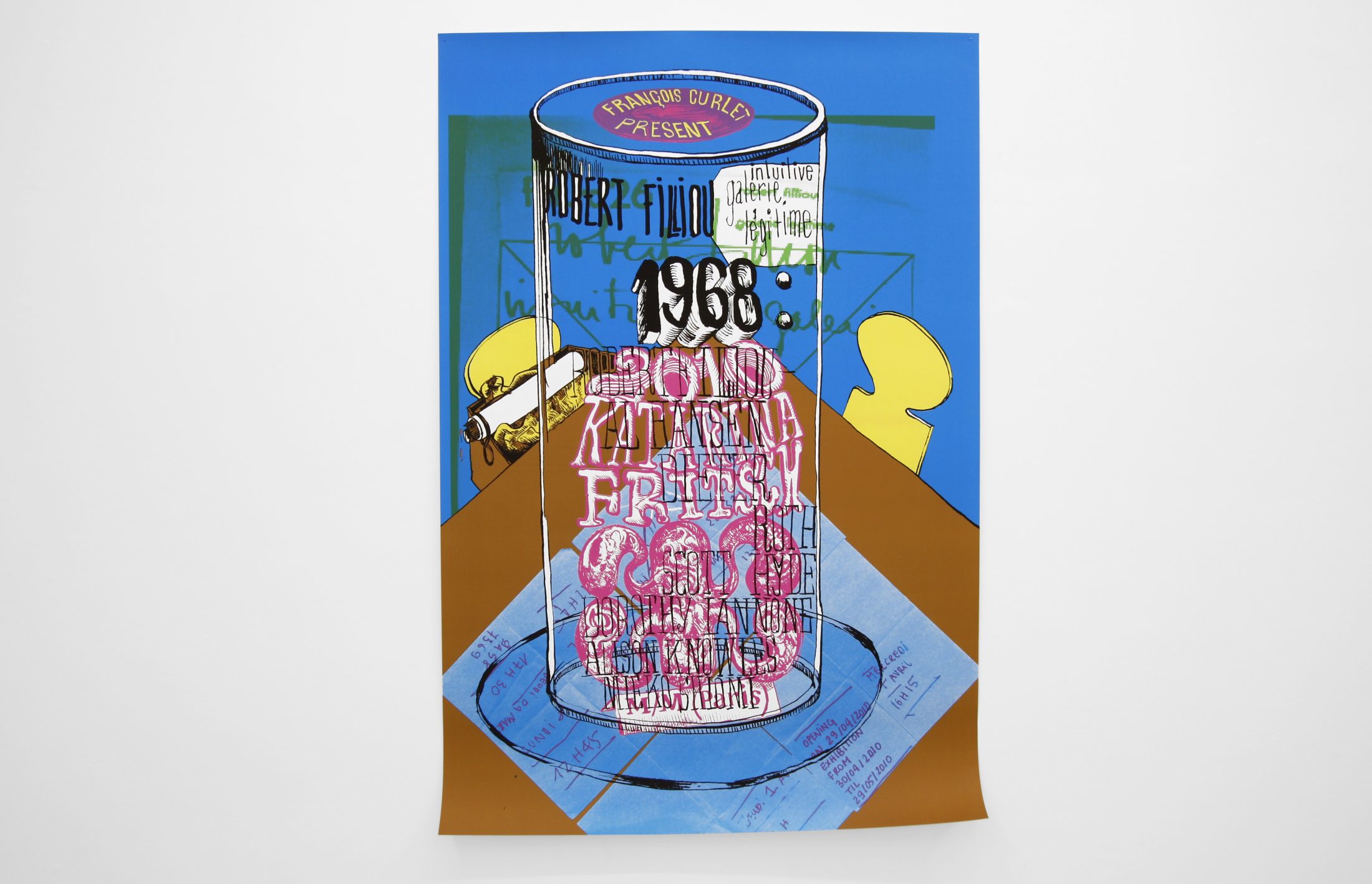 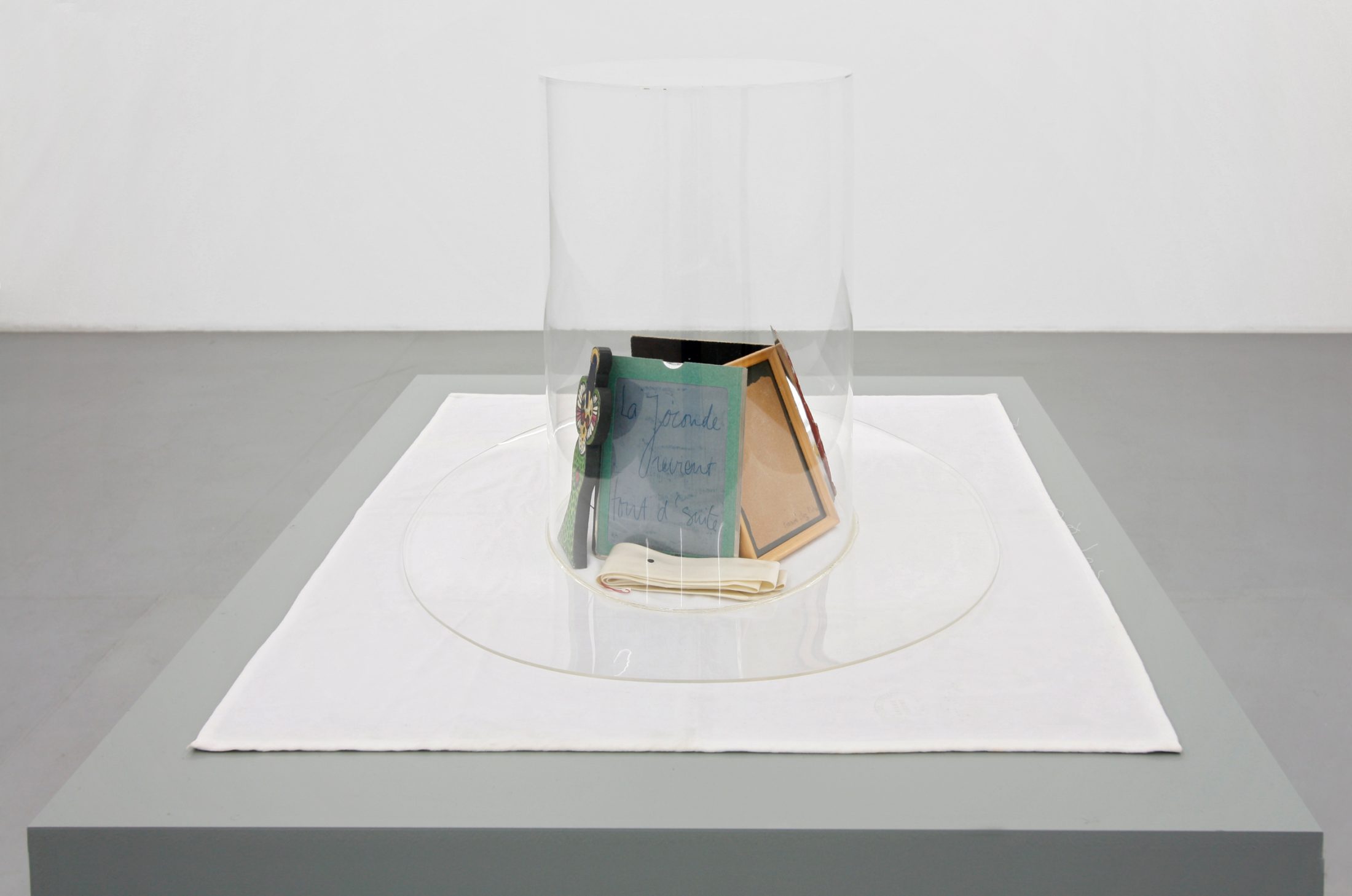 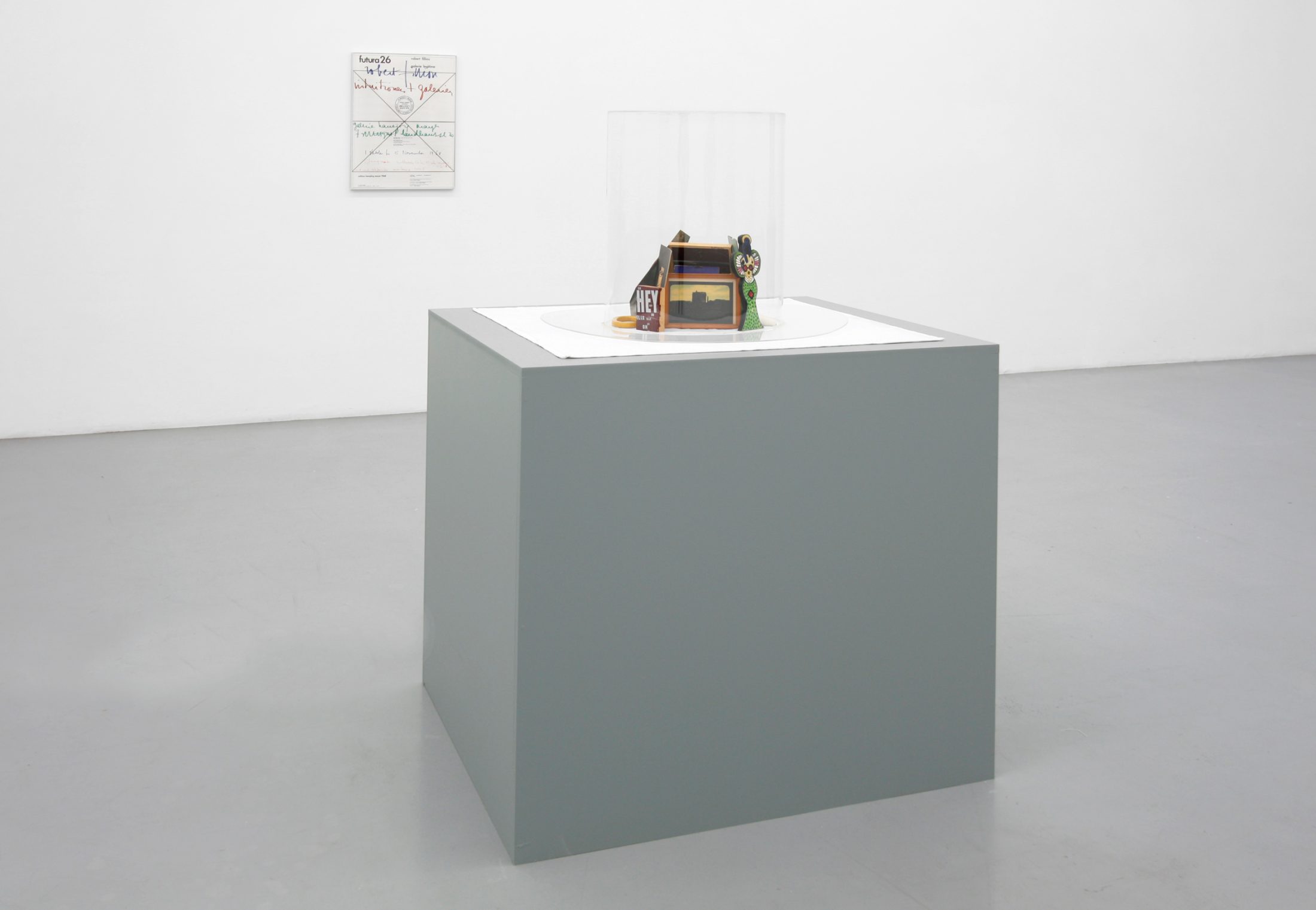 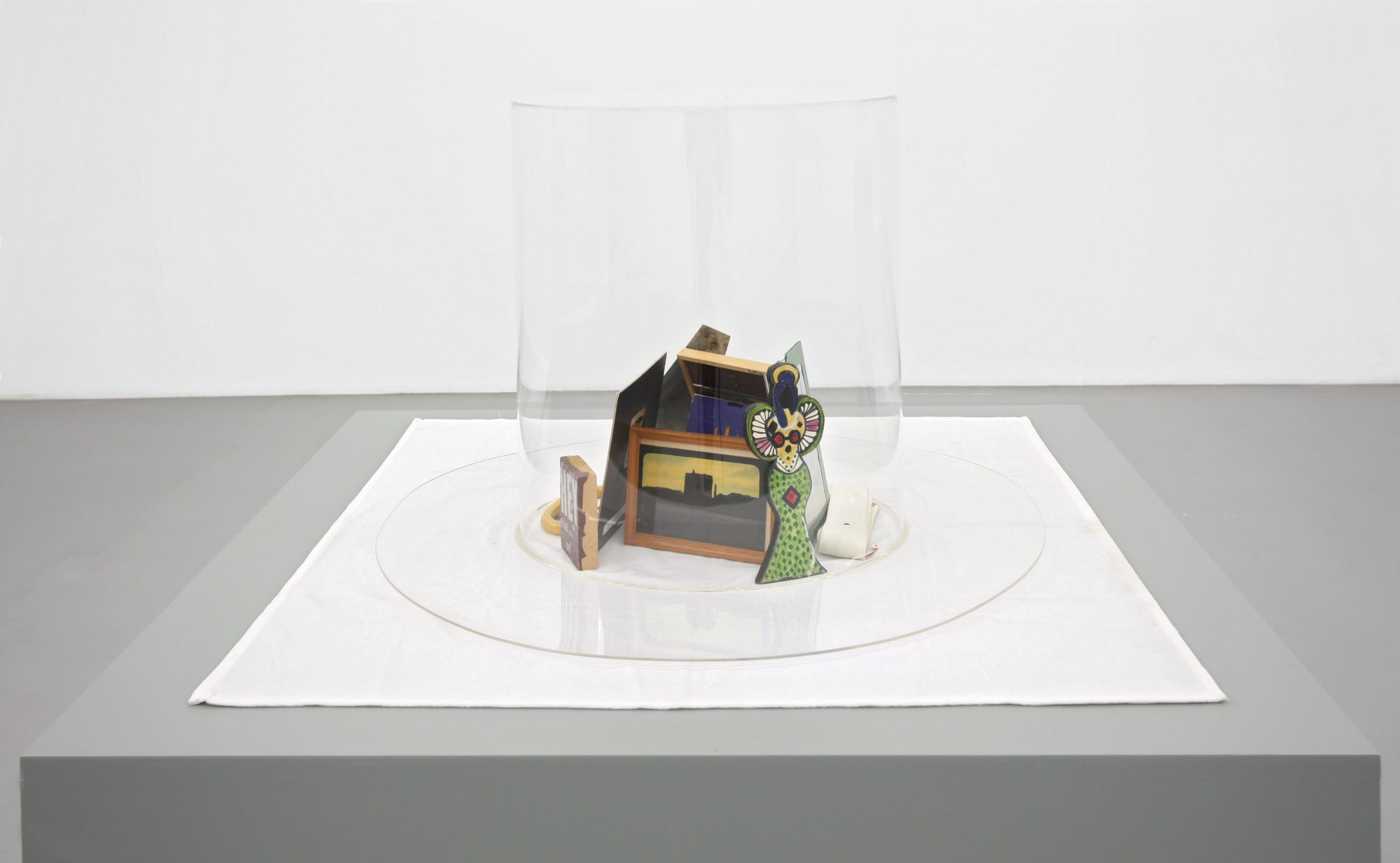