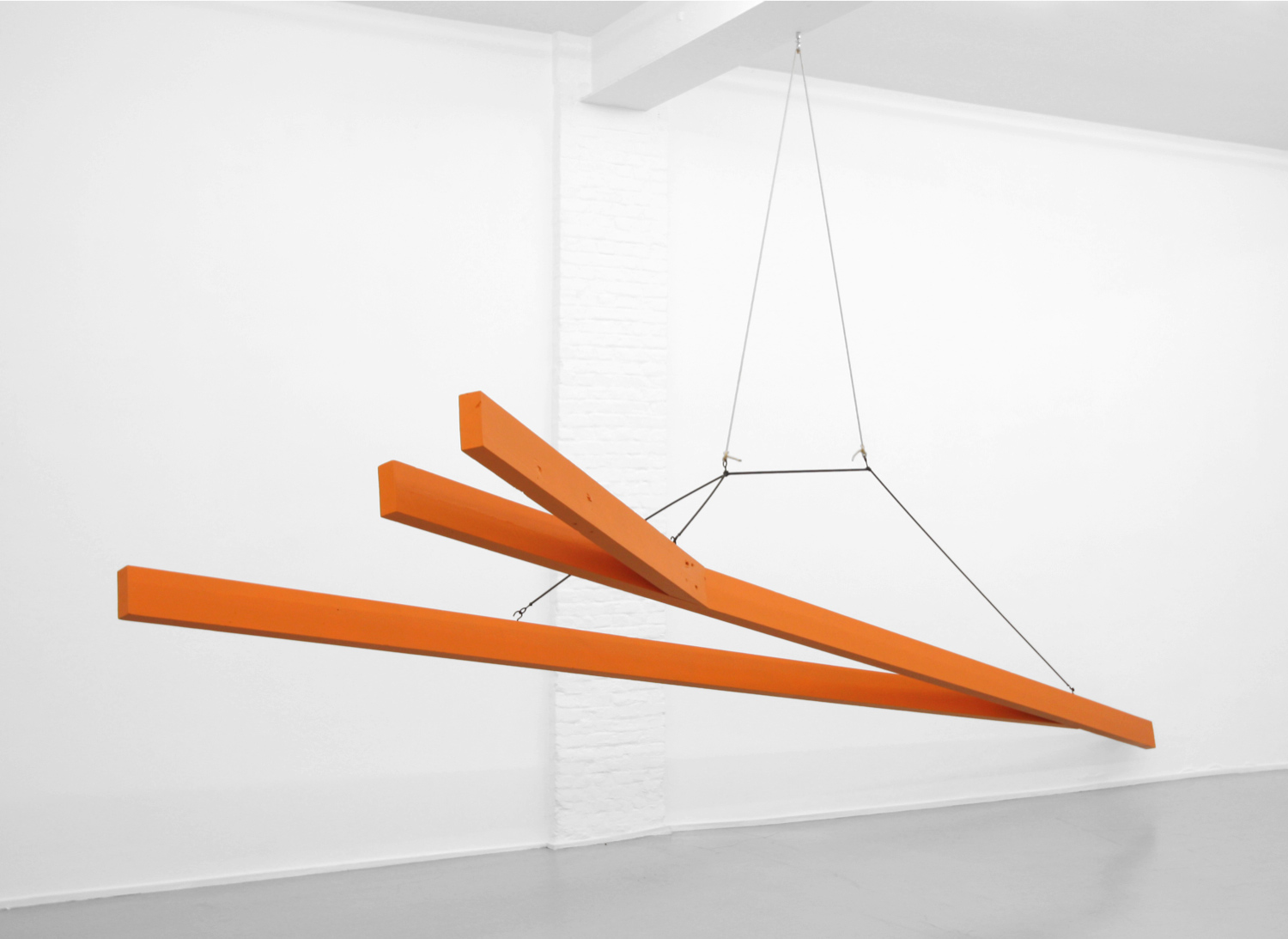 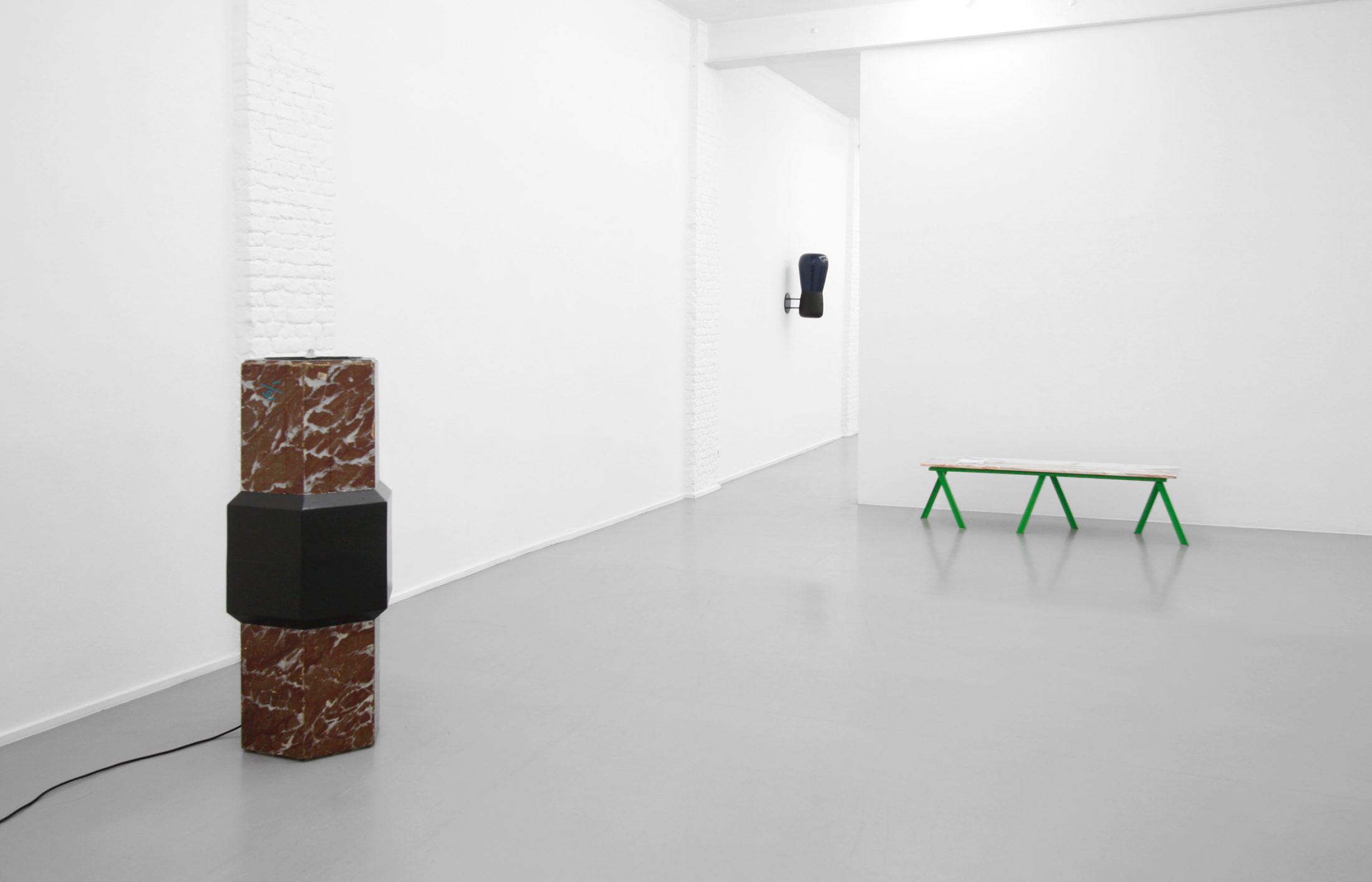 I’m on the verge of my third attempt to inhabit this exhibition venue, before you envision the results of that undertaking I would like to share some loose associations in this connection.

Events show themselves more clearly through repetition; I have come to realise that with each exhibition I showed new works and simultaneously my efforts focused on trying to communicate the use (usage) of this given space. This however without wanting to betray the peculiar qualities belonging to a thing. Obviously, sculptures, being tangible and visible apprehensions, are meant to be more than mere space dividers. Certainly they often got denigrated to the quality of a stumbling block as Reinhardt (or was it Newman) chose to call them.

The peculiarity of sculpture is that it creates a three-dimensional object in space. Painting may strive to give on a two-dimensional plane, the illusion of space, but it is space itself as a perceived quality that becomes the peculiar concern of the sculptor. We may say that for the painter space is a luxury; for the sculptor it is a necessity.

The installation of sculptural objects allows them to function as a tool to read the space. That constellation helps to see the uprights and verticals in a clearer or different manner and is in some specific cases even pinning certain spots to the ground as a historian with an interest in sculpture noted correctly. Physically creating an assembly or meeting of something formed by mental association.

The motive of the sculptural action suggests that the resulting objects are no simple beings and more than punctuations marks. Making and showing are constructions that co-habit this space, but that do not collide, and neither do they coincide with each other. Objects of thought are only becoming when shown but are mentally in existence beyond, continuously elaborating on that which is and on that of which a thing consists.

Statues have tended to highlight a certain event or person, creation as a bearer of memory. I would like to transpose that idea by leaving a commemoration (of sorts) to the space rather than the reminiscence of ‘classical’ sculpture. Evidently this temporary commemoration is only visible for the specific duration of an exhibition. The focus of works is thus limited in duration, a dominant and attractive deflationary quality re-appearing with new each assembly of sculptures.

The distinction of a specific object is an entirely different story than its arranged presence in these spaces, if I may insist on a motif. Although some objects of sculpture might not differ that much from architectural means, their relationship with architecture is insecure and their addition remains only temporary.

I would like to believe that artists think by doing, embracing the idea that reflection is a manual activity and a concrete labour. Questioning the nature of objects while at the same time fully embracing the act of constructing them, via the concrete means of a sculpture reflecting upon the objecthood of sculpture. The act of constructing something entails that it is at the same time the act of thinking about creation. One could draw the parallel that the act of showing (installing) works is a reflection about the particular space in which they occur.

Reflection is sometimes the deflection of a definition.

This new constellation is (as the previous ones) an open invitation to experience: An entity can only be rendered into visibility through your presence. The way sculpted things end up in exhibitions, shows a recurrent attempt to create a presentation in order to visualise a dimension that one could enter, insisting on motive. 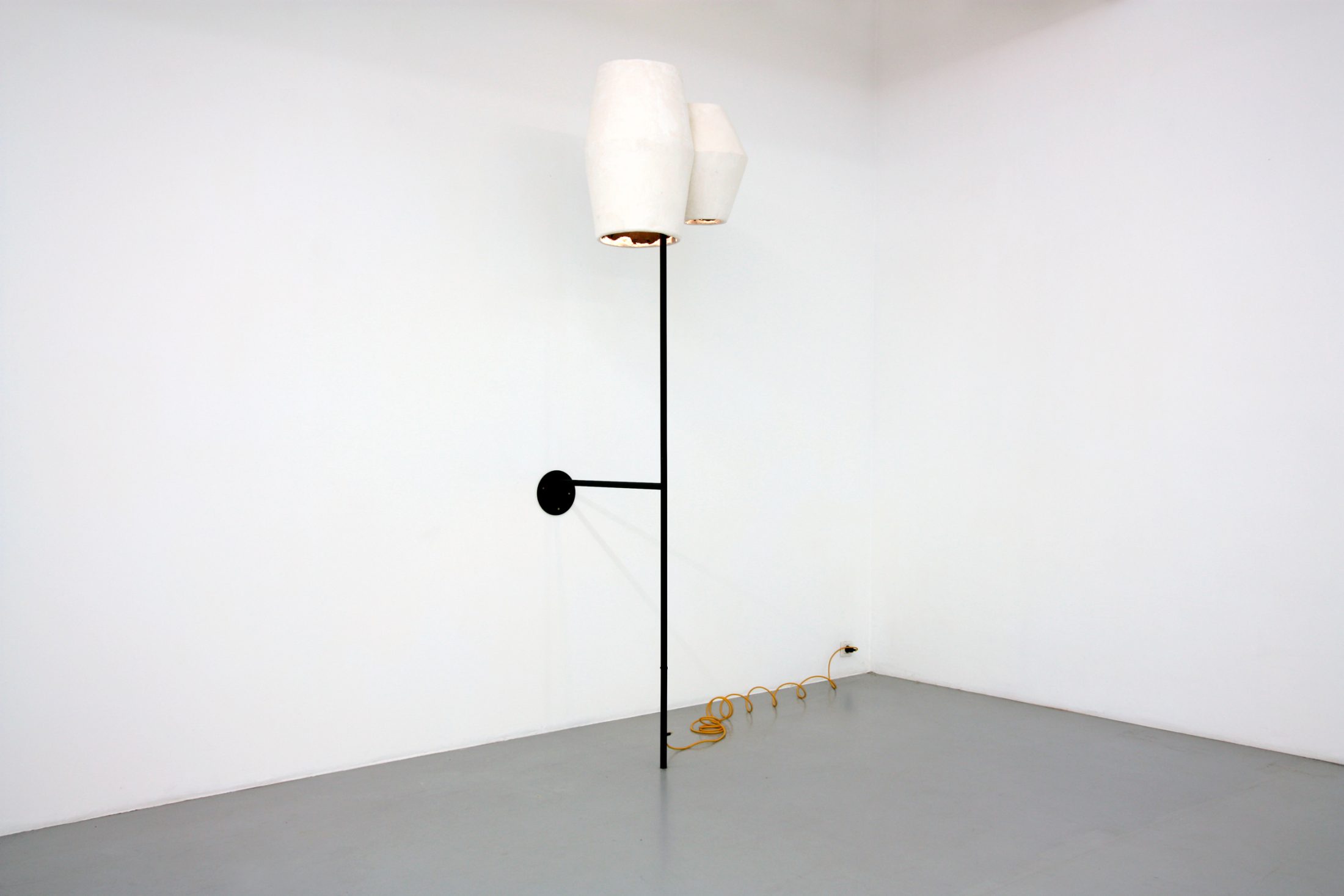 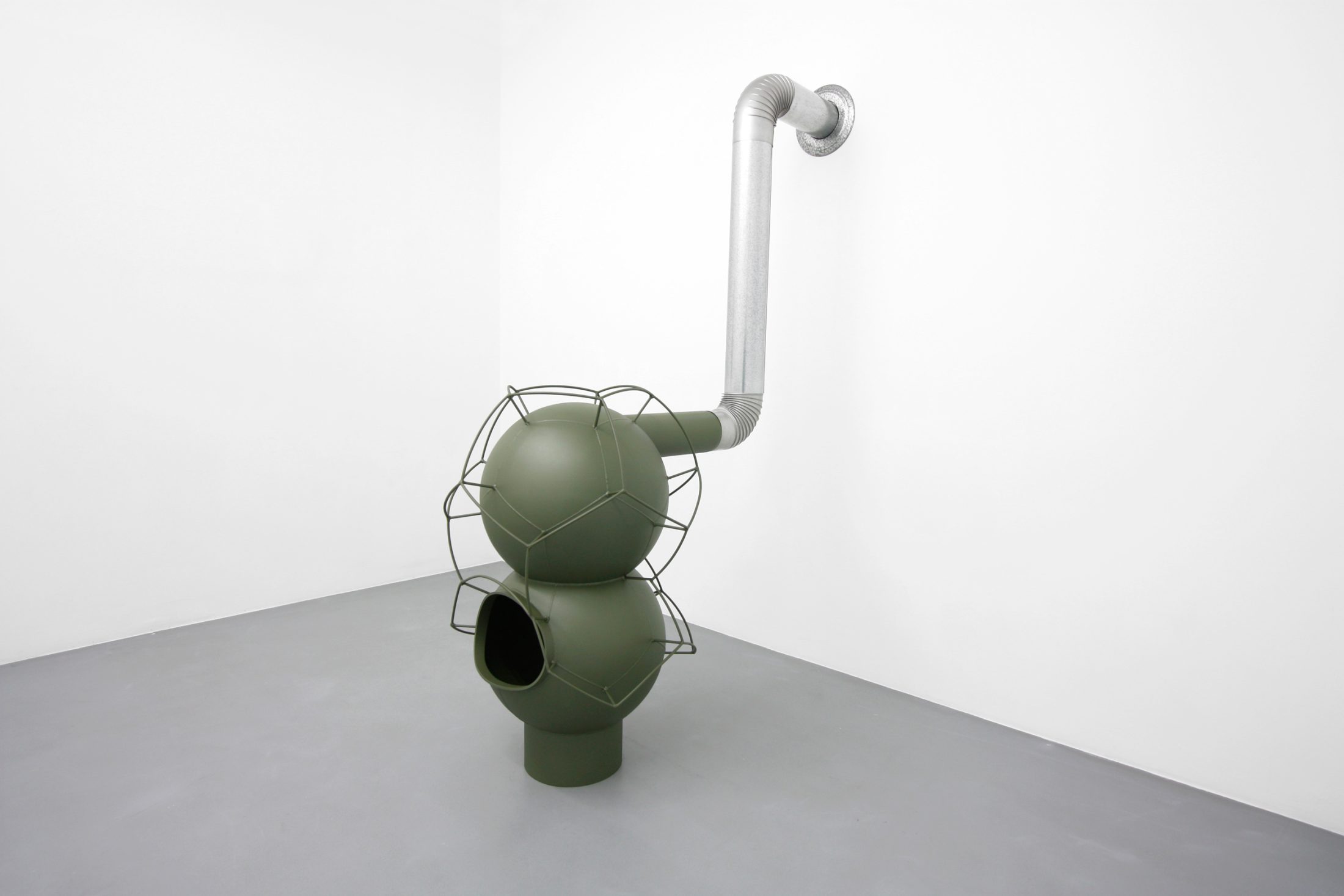 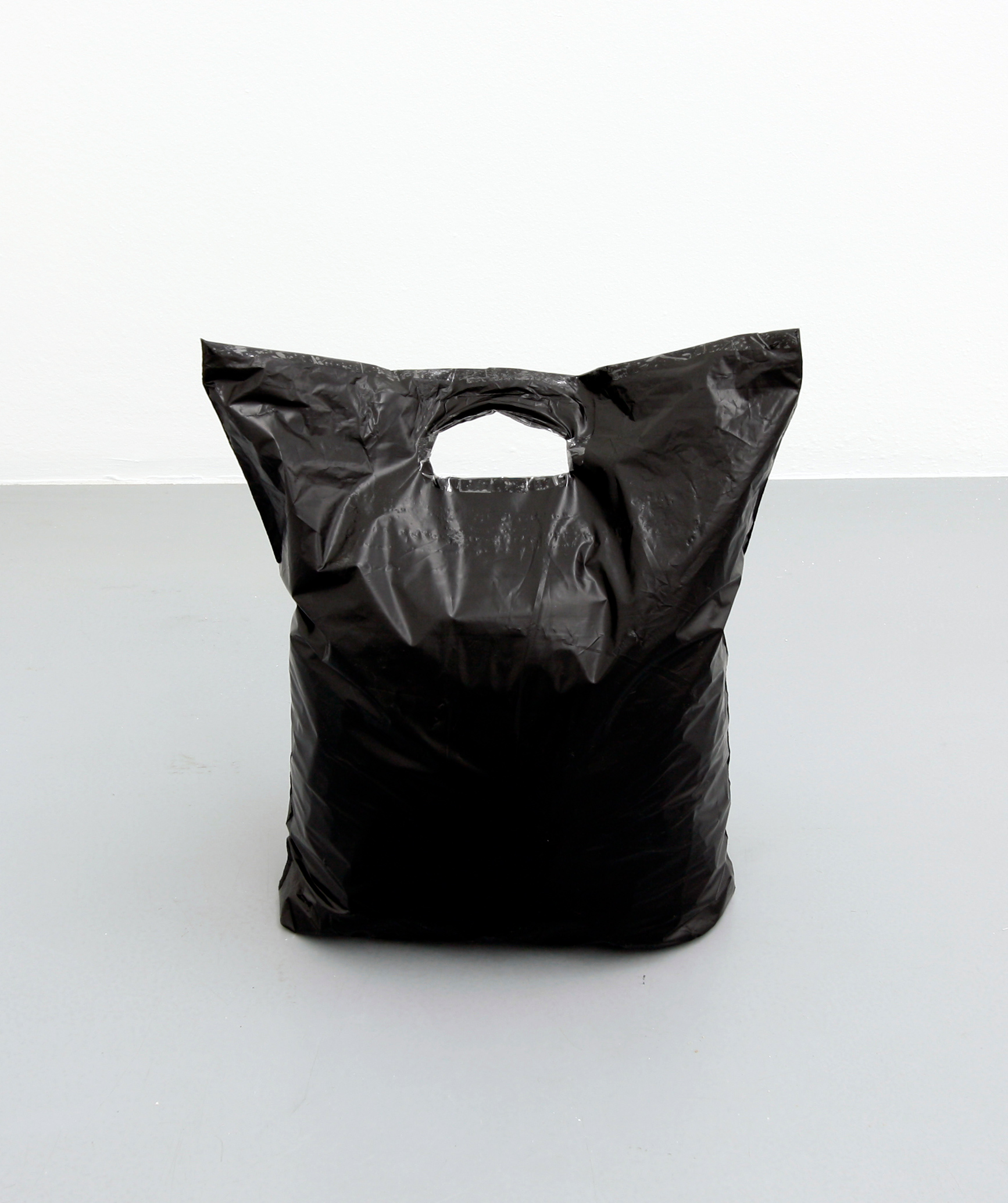 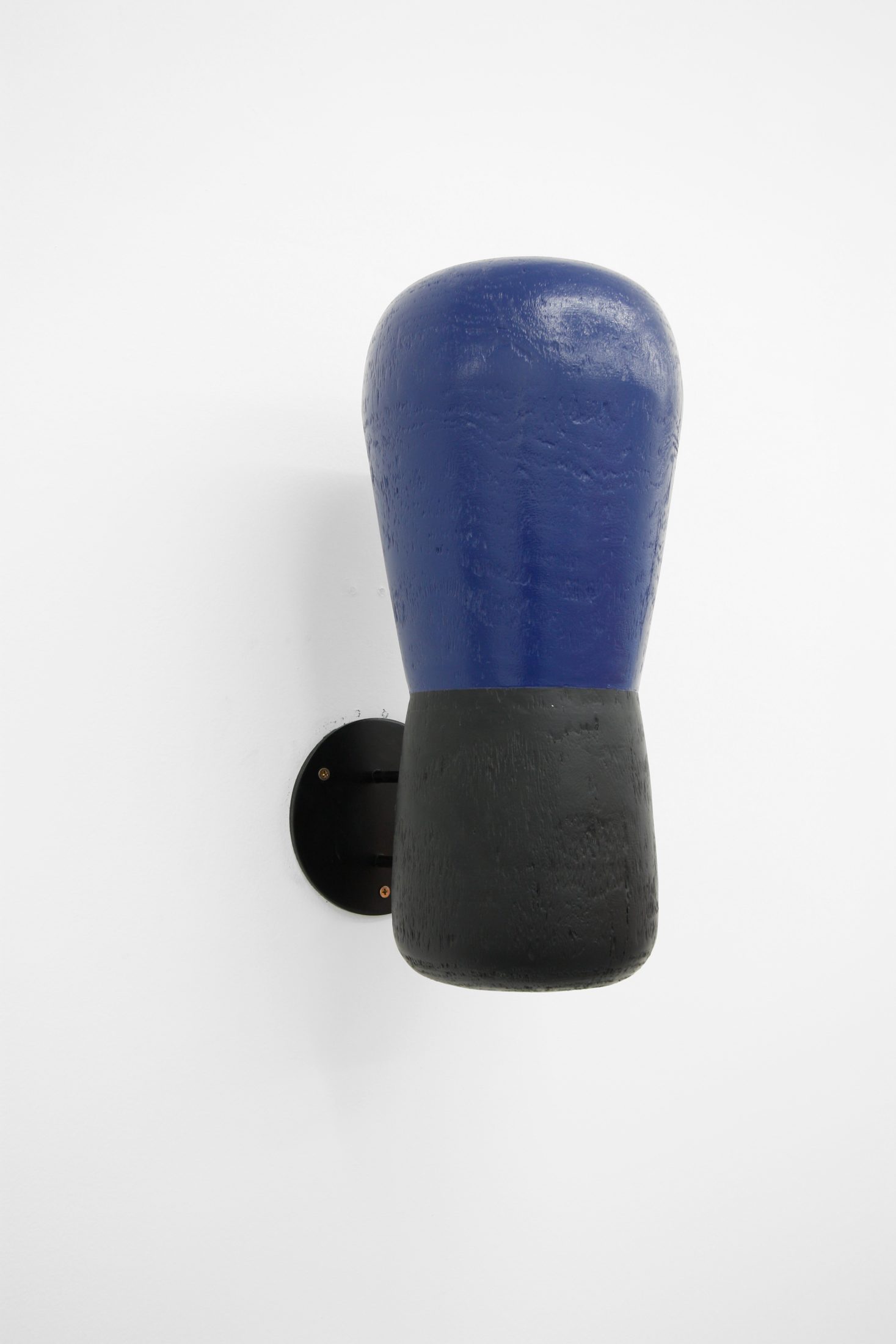 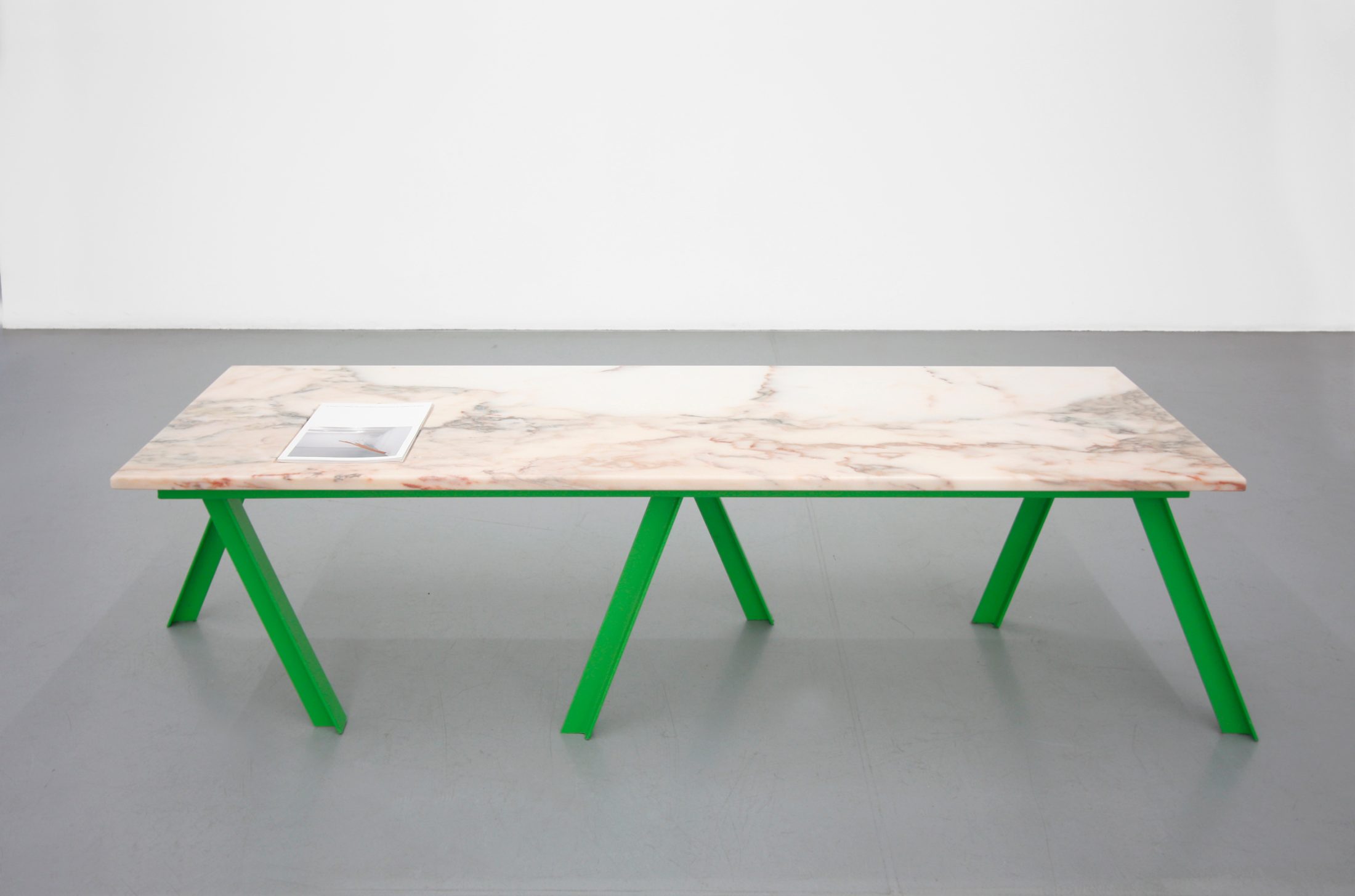 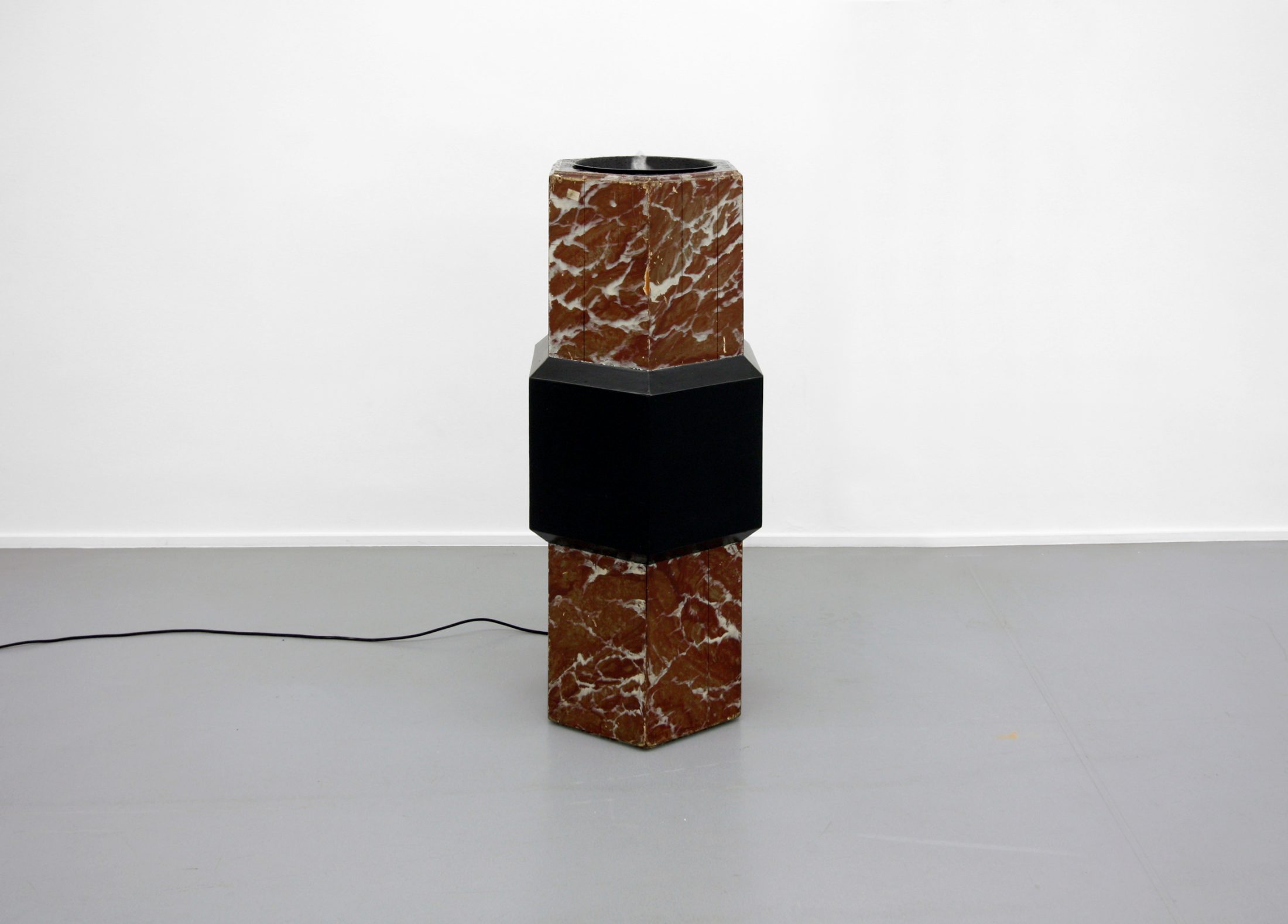 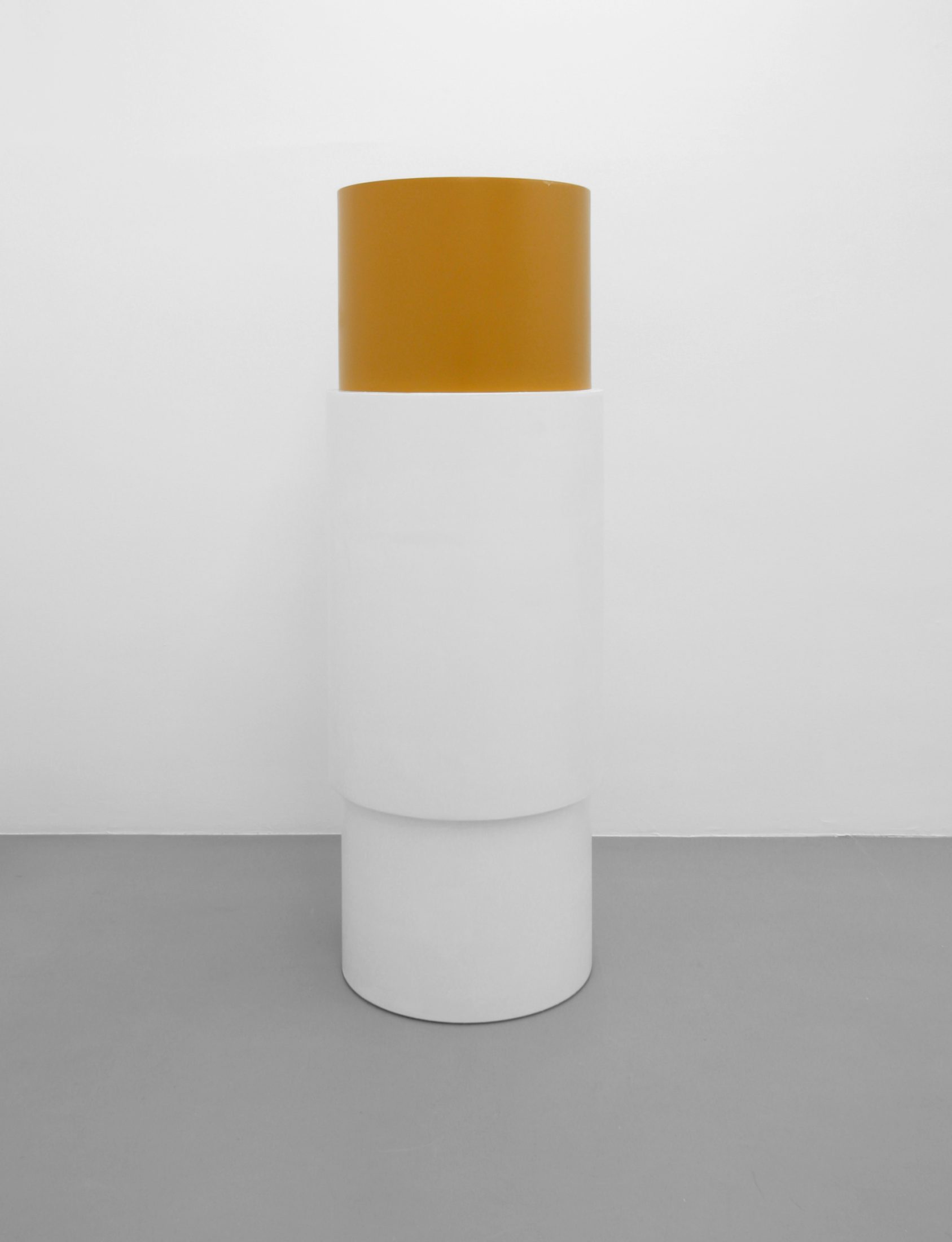 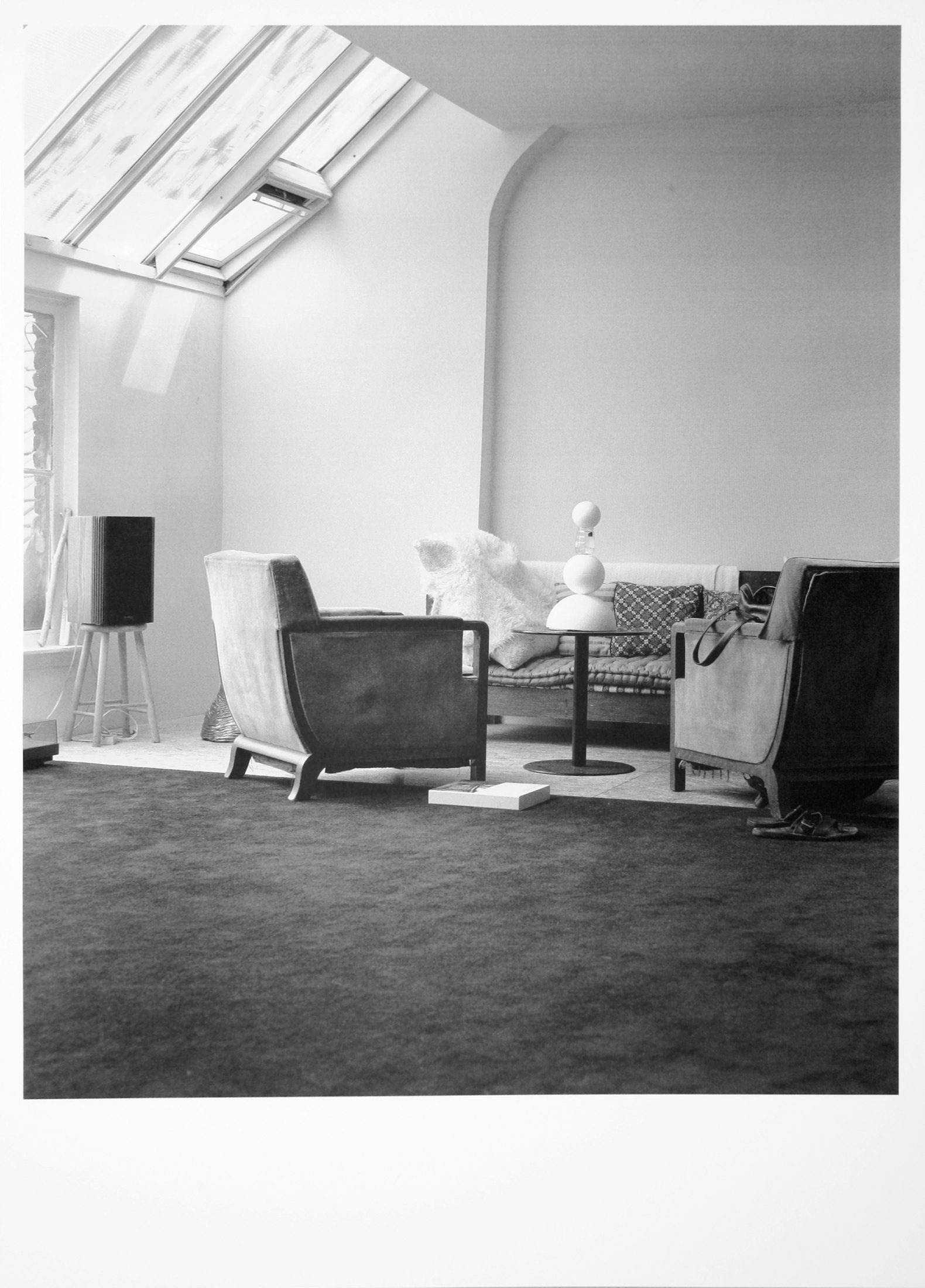 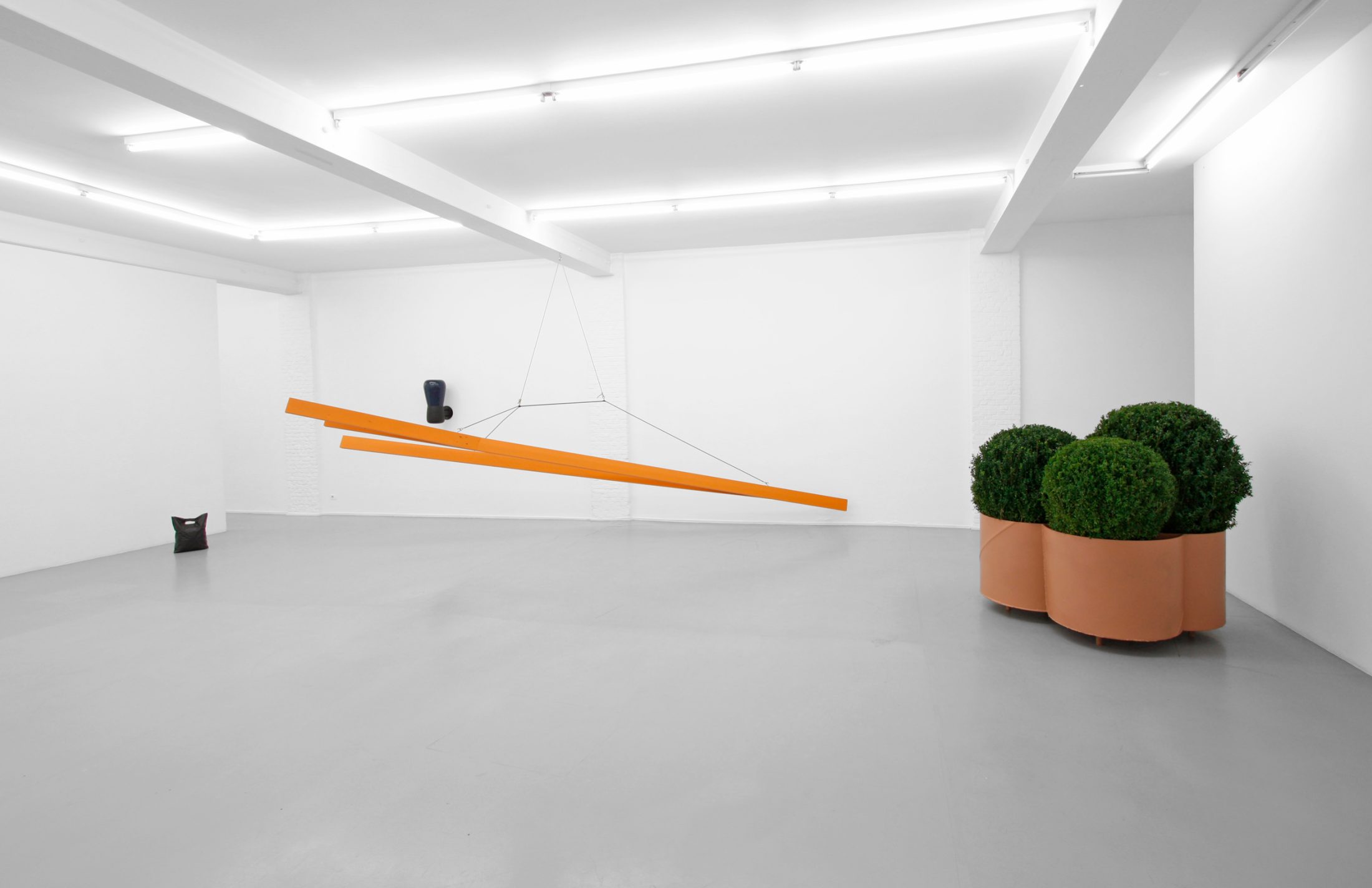