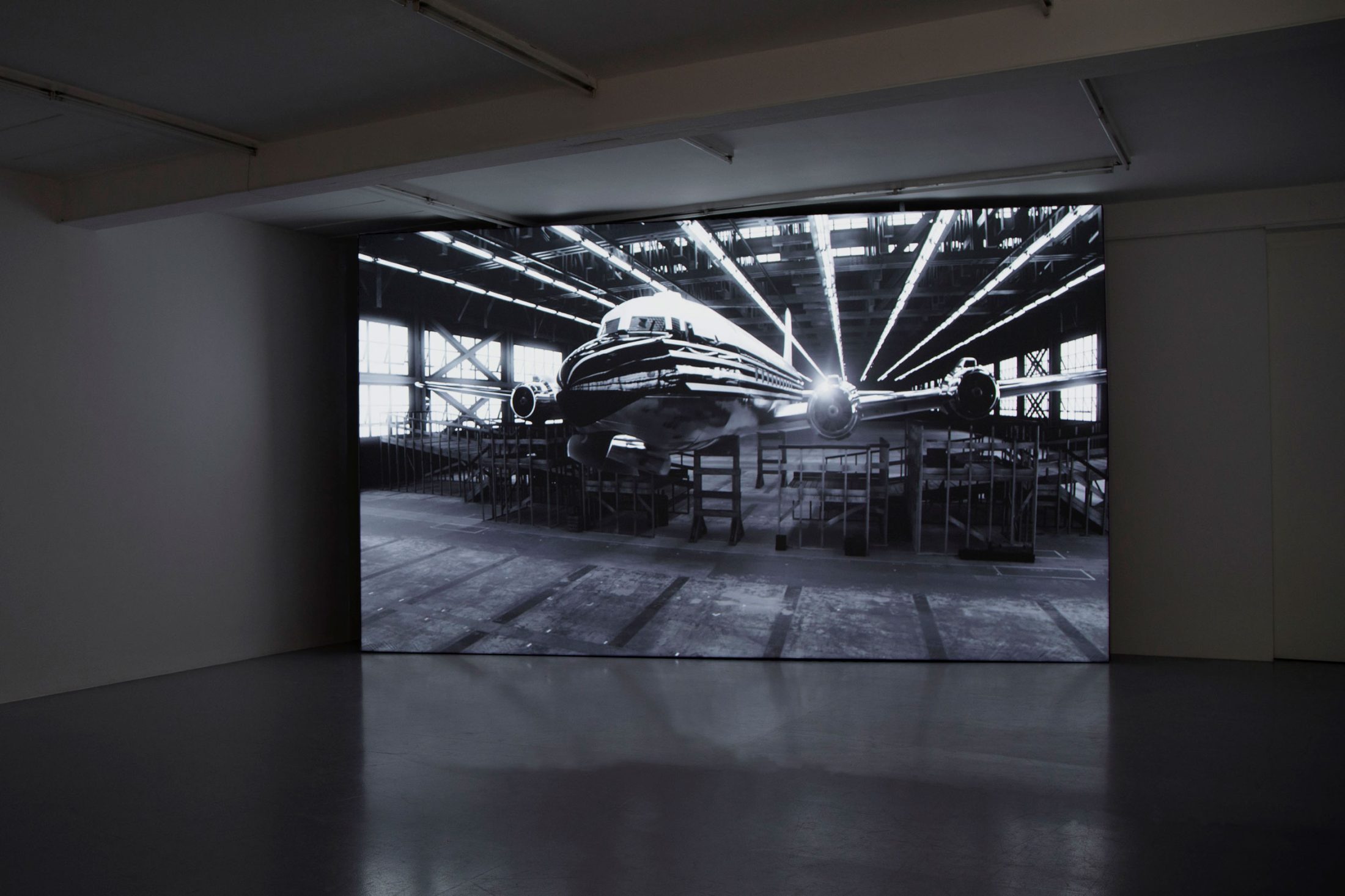 The exhibition Aircraft (F.A.L.) is stretched between two recent works by David Claerbout, whose center is a flying entity, either biological or artificial, in an unclear state of suspended rest. In the video work Mantova Pigeon (2021) a traveling shot in a constant zoom-in-zoom-out movement is focused on the figure of a pigeon resting upon the balcony’s balustrade of the façade of the Torre dell’Orologio on the Piazza delle Erbe in Mantua, Northern Italy. In the video installation and accompanied drawings comprising Aircraft (F.A.L.) (2015-2021) we are confronted by an obsolete, yet somehow new, entity of an aircraft.

With Aircraft (F.A.L.) David Claerbout adds an idea that touches on one of the core qualities of technically recorded images: to preserve the past. In it, we see an impressive aircraft under construction, supported by immense scaffolding. Everything is palpable and feels brand new: the polished aluminum, the  labels on the boxes, the glass. Even the guards’ footsteps on the concrete floor sound crisply fresh. But the setting is outdated and the model of the aircraft old-fashioned, as if its construction has, for some reason, been delayed for more than seventy years. Such ambiguous and incompatible experiences of time clash in one’s mind. By once again interweaving past and present with the utmost subtlety Claerbout creates a kind of interim time. In this way he also creates space for contemplating the future and progress, the aircraft being the perfect metaphor for this. After having reversed, halted and lengthened time, Claerbout now seems to be asking himself, too, whether time as such can be preserved. 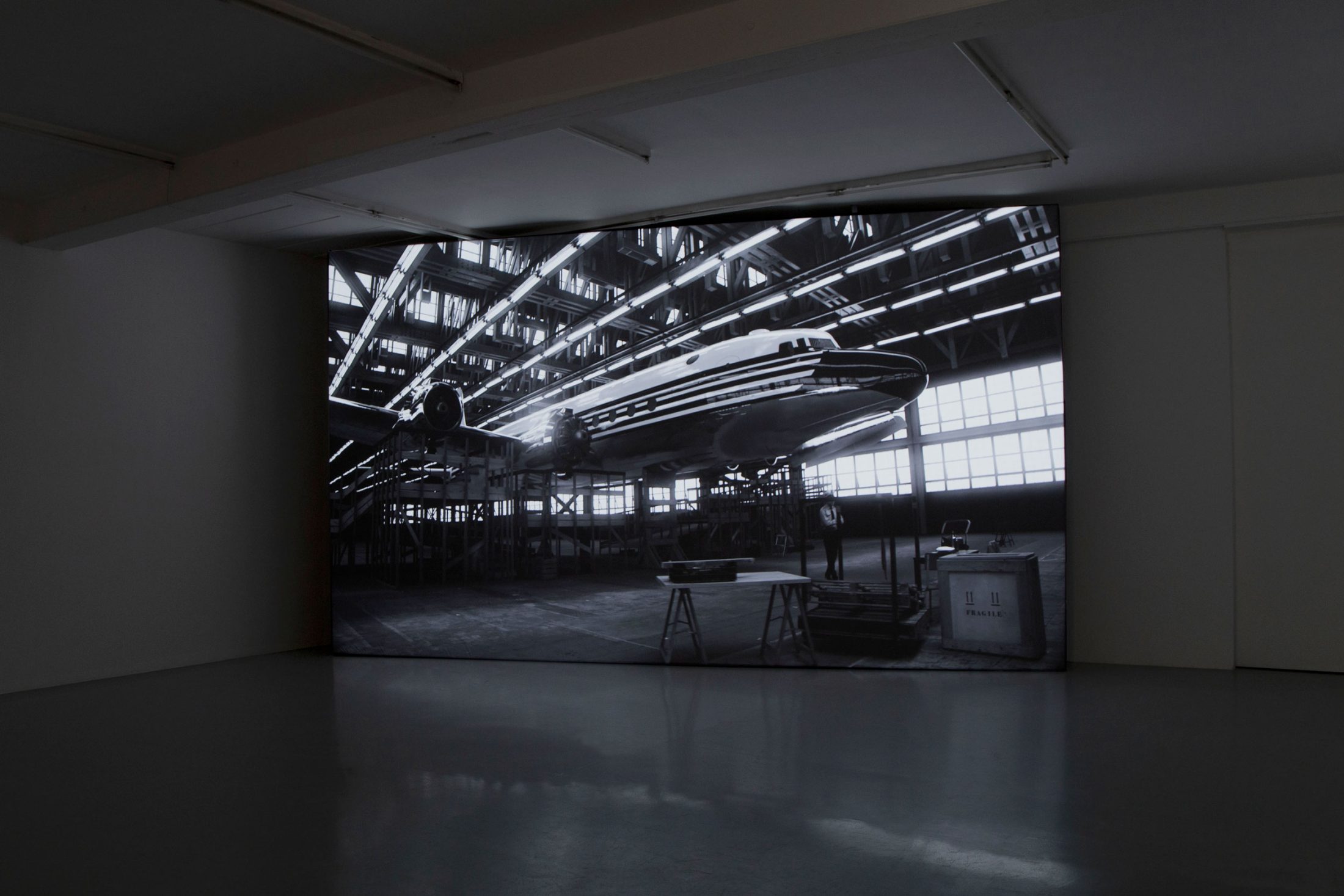 In a recent interview with curator Ory Dessau, Claerbout put it in his own words: “The airplane seen in Aircraft (F.A.L.) is many things simultaneously, and this simultaneity is crucial to the work. It is seen in a hangar, but this hangar is not an active hangar and can also be regarded as  a museum. Though it is seen indoors, it is in the air and in motion, since we do not see its wheels or the movement of its engines. However, the mise-en-scène may suggest it is neutralized and under construction and so forth. The work is an attempt to encounter the virtual, and by virtual I don’t mean the non-existent — the virtual has nothing to do with not being there, but with that which can no longer go back to where it came from, nor arrive to where it was seemingly intended. For me, the virtual is always, already, in-between. Another way to describe the work would emphasize the component of memory in it. Aircraft (F.A.L.) represents my endeavor to study the active lines between the retina and the visual cortex, and how memory functions there, how our memory uses the exact same pathway as our actual real-time vision. Memory and vision share one highway. It is the easiest way to explain the fundaments of what we call madness, of seeing something which is being permeated by something else which is not outside ourselves. Our vision is a bi-directional highway. Although I see Aircraft (F.A.L.) as something that stands on its own, it consists of a pattern I was searching time and again, the interchangeable pattern of memory and vision, from memory to vision, and back again.” 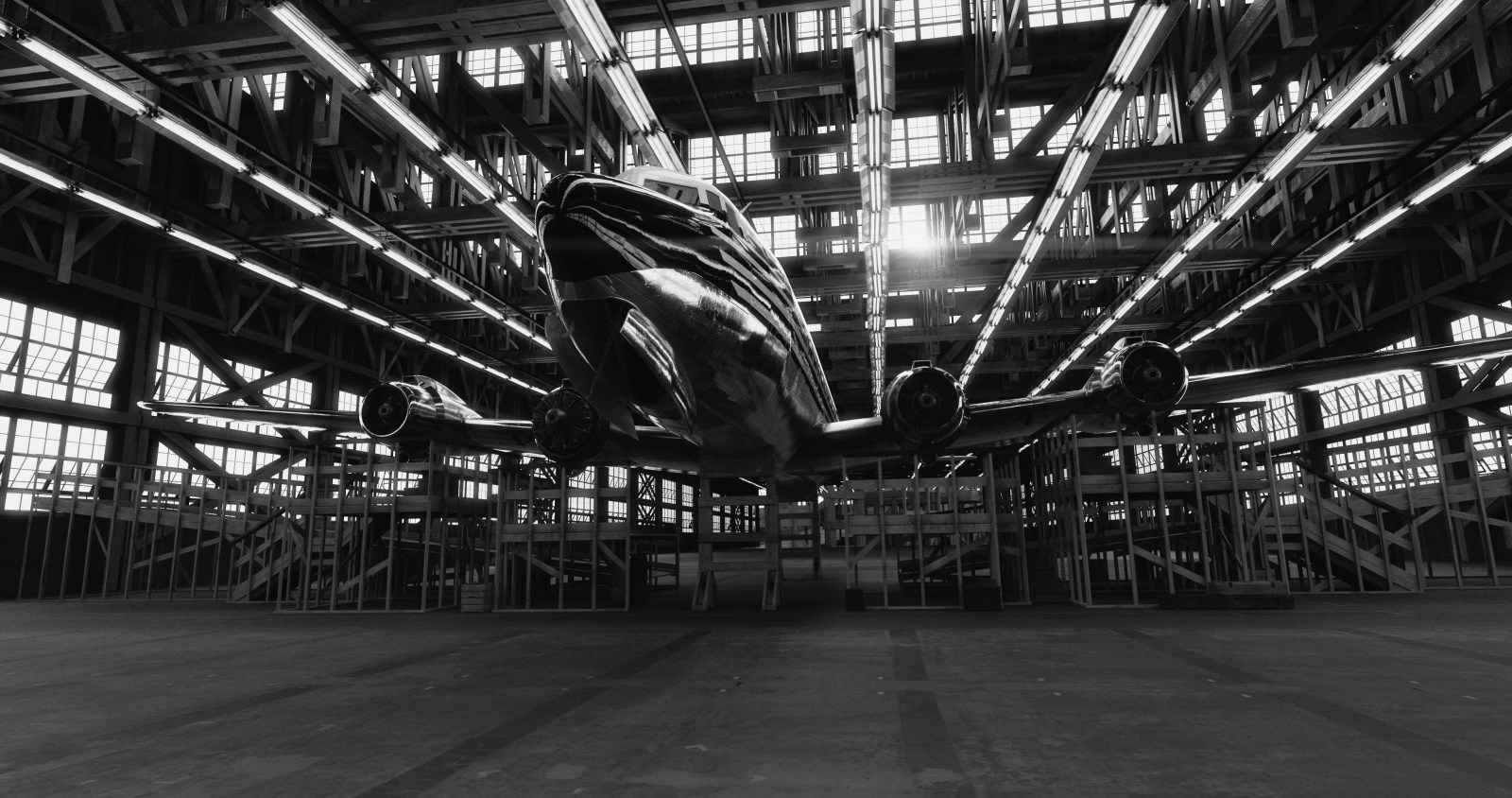 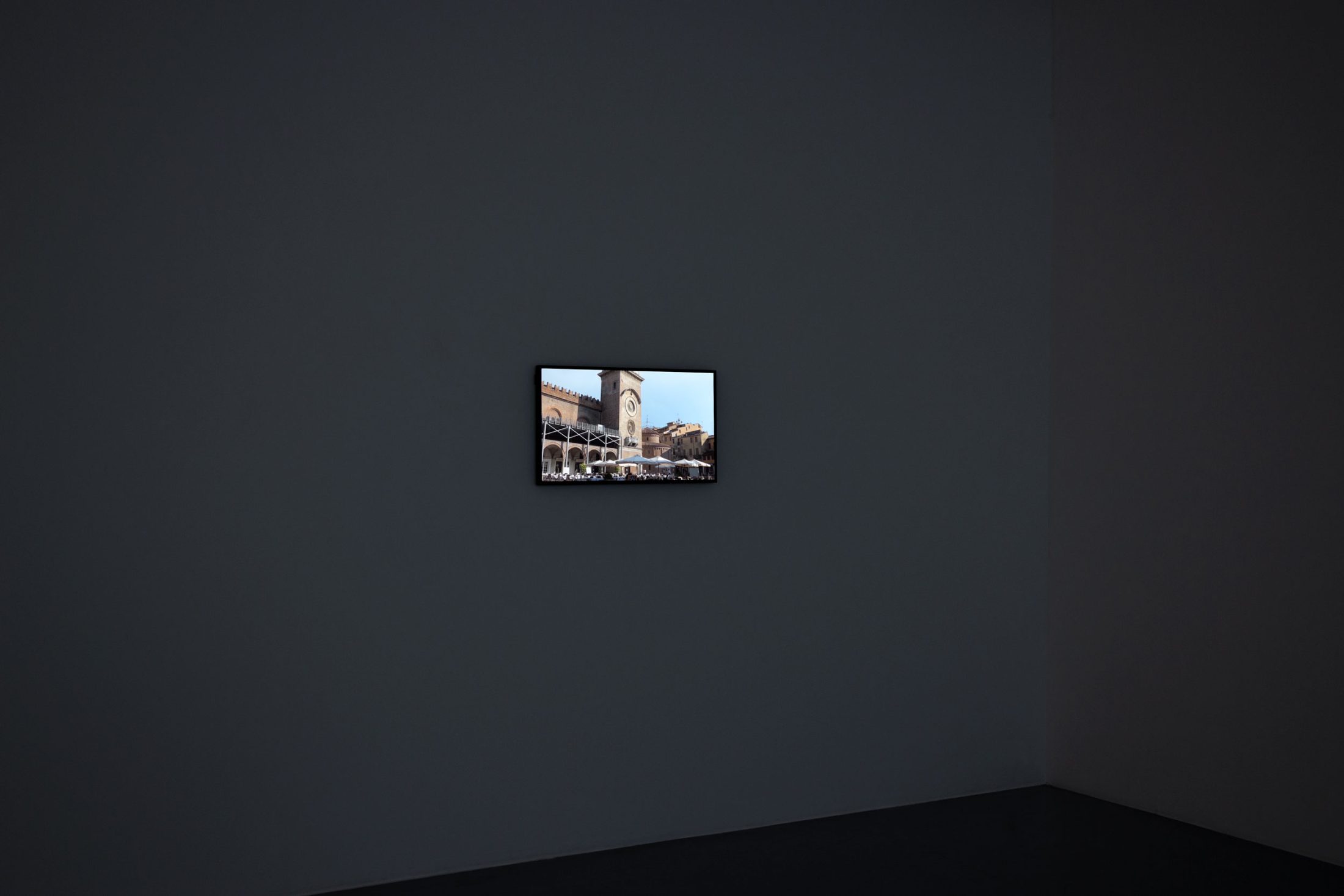 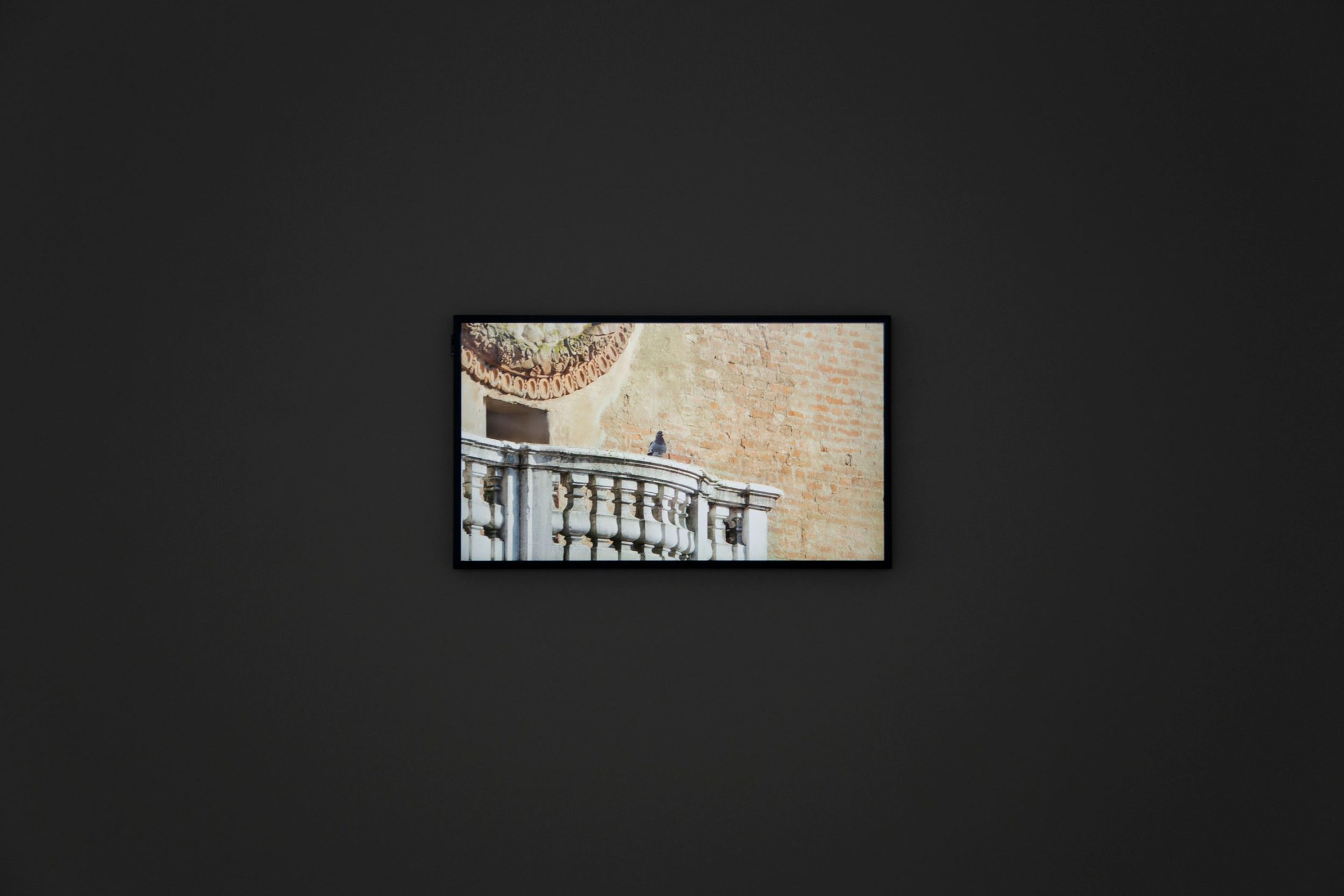 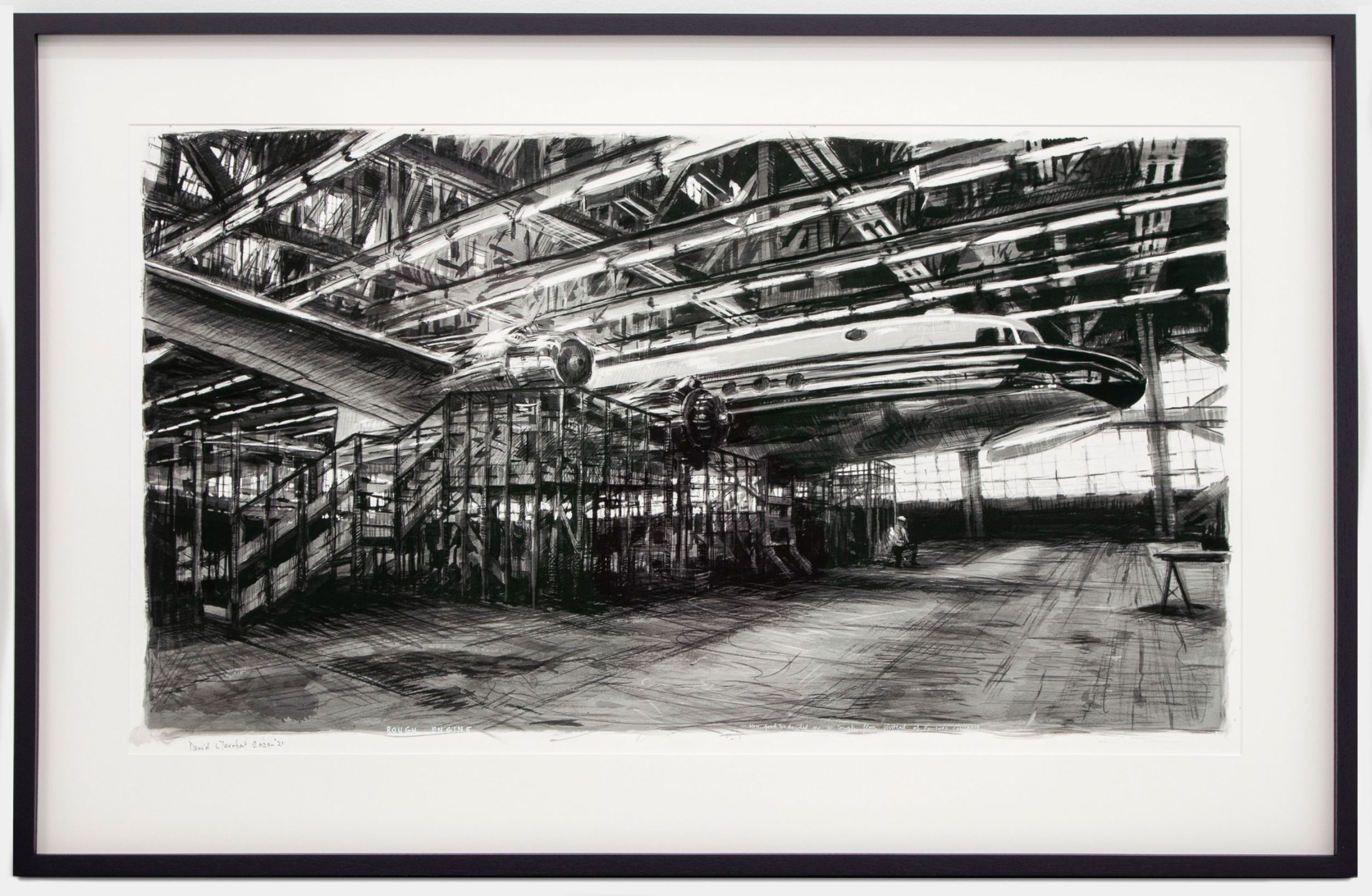 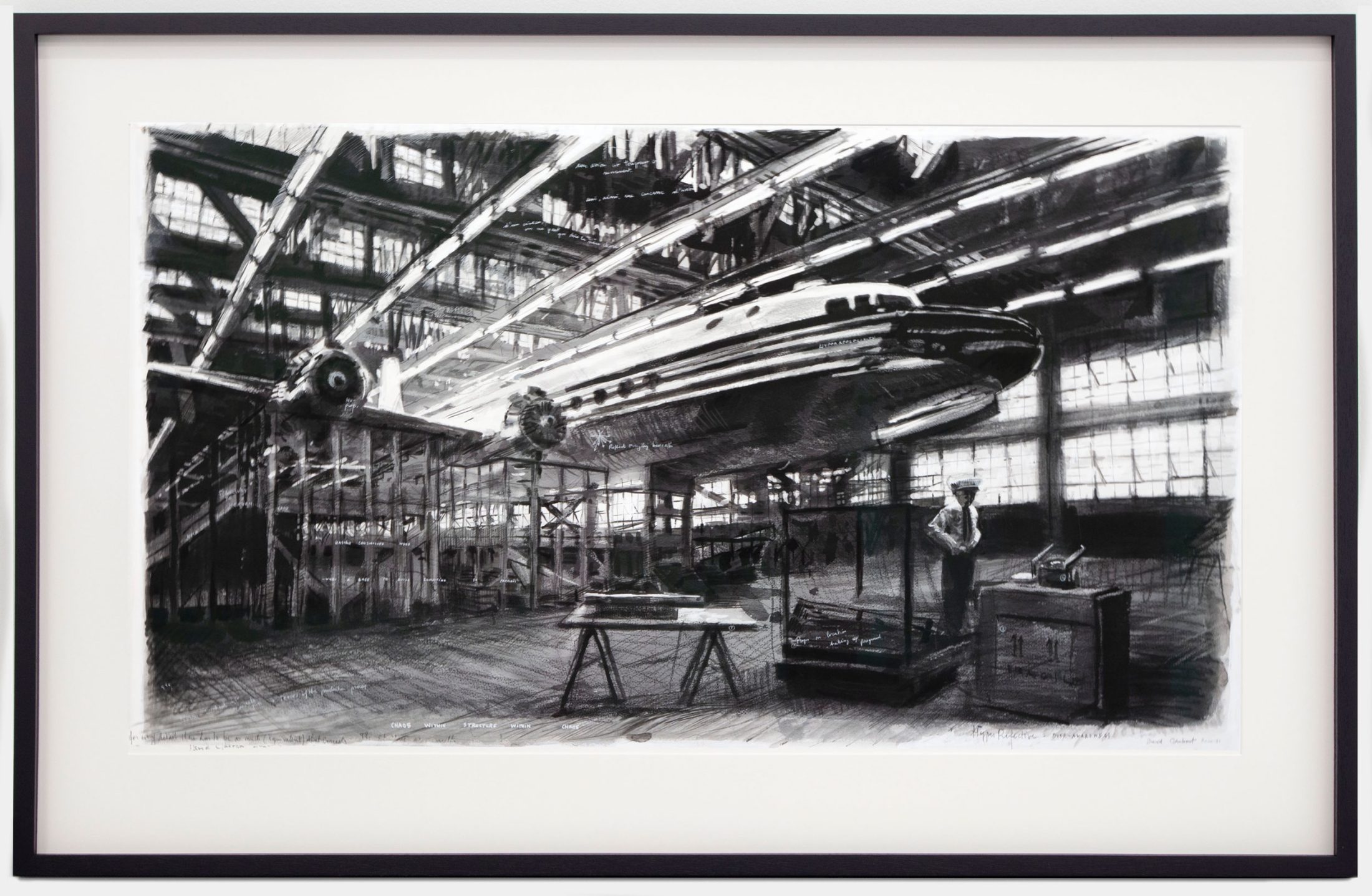 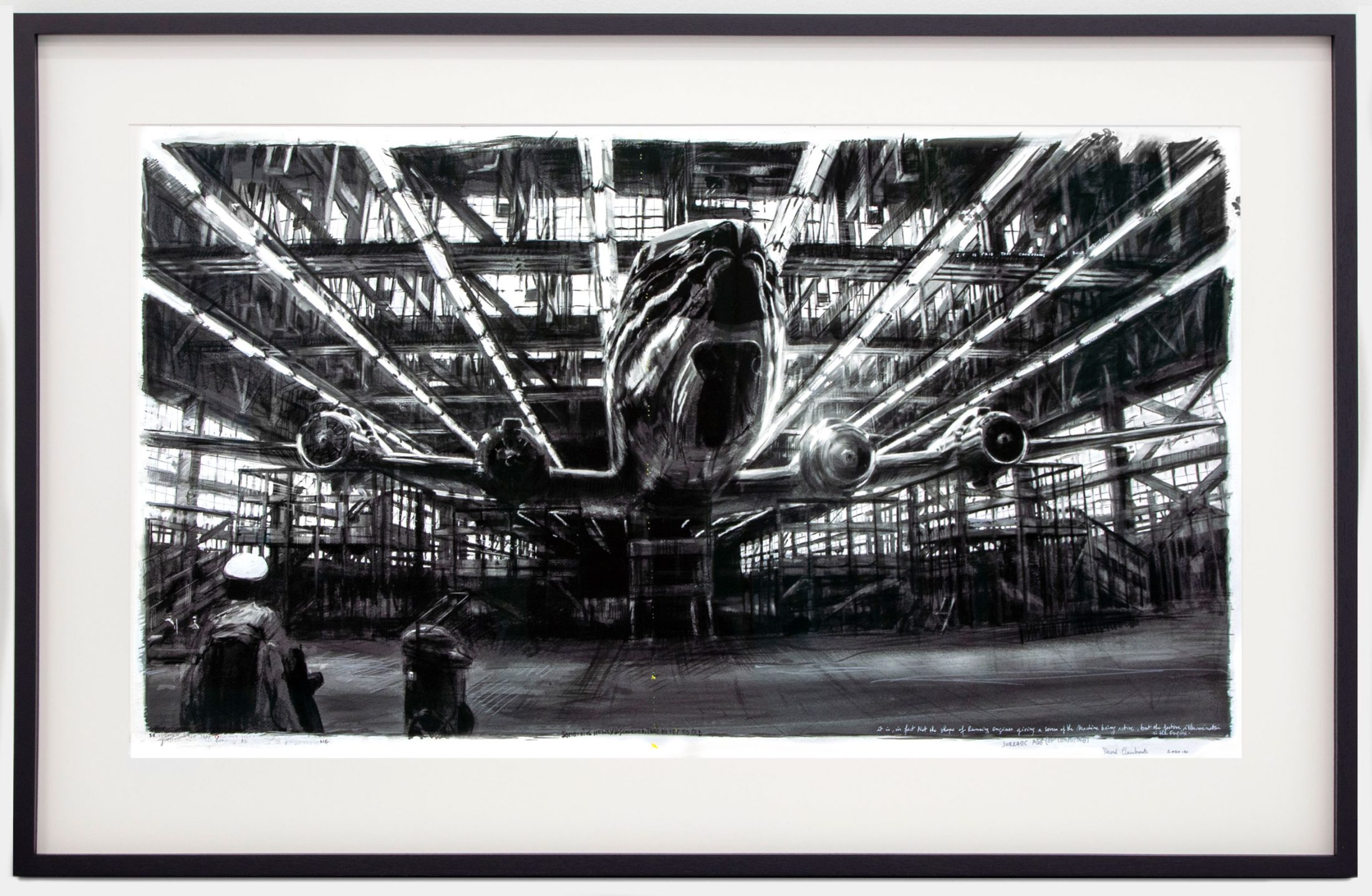 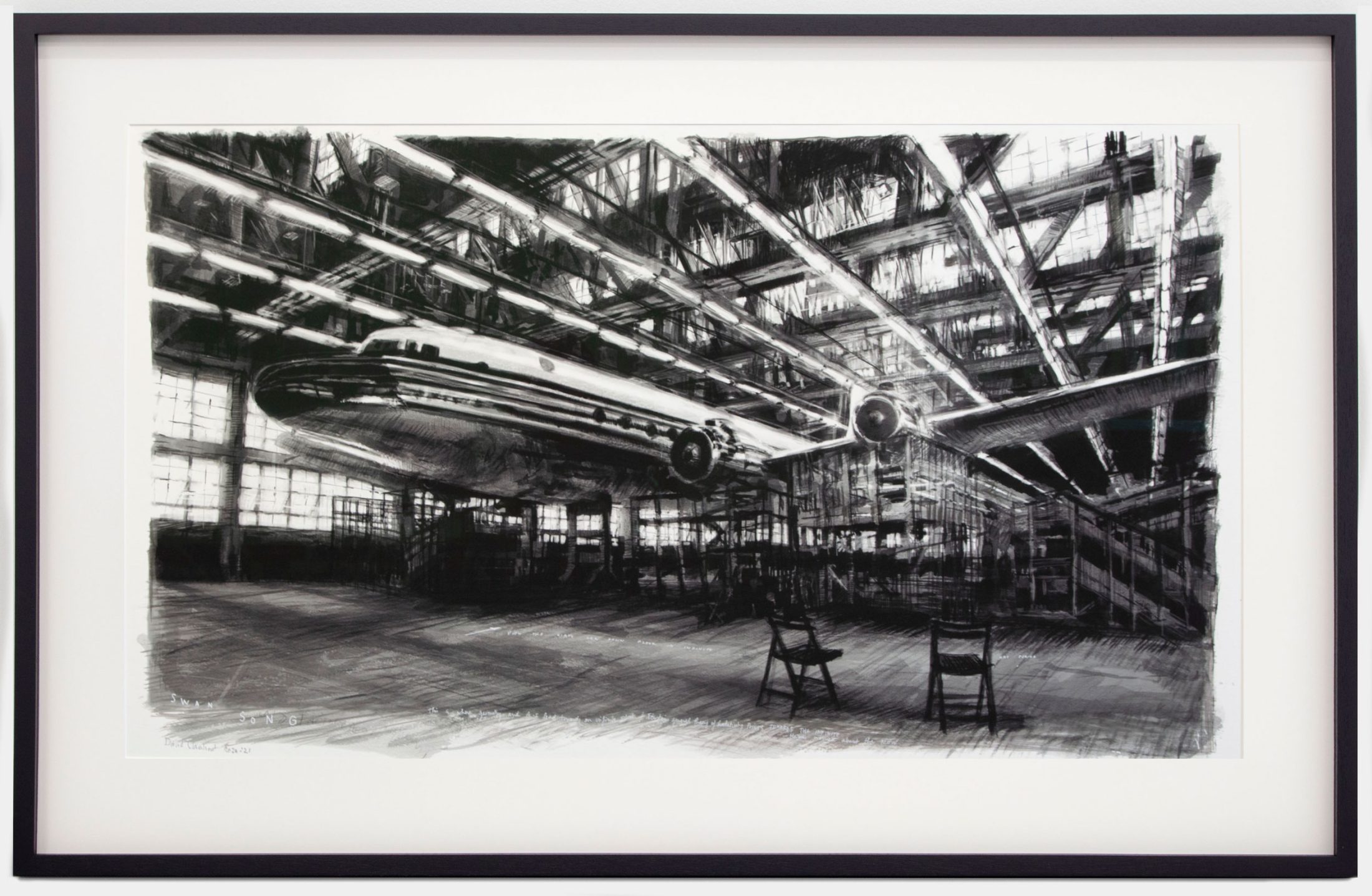