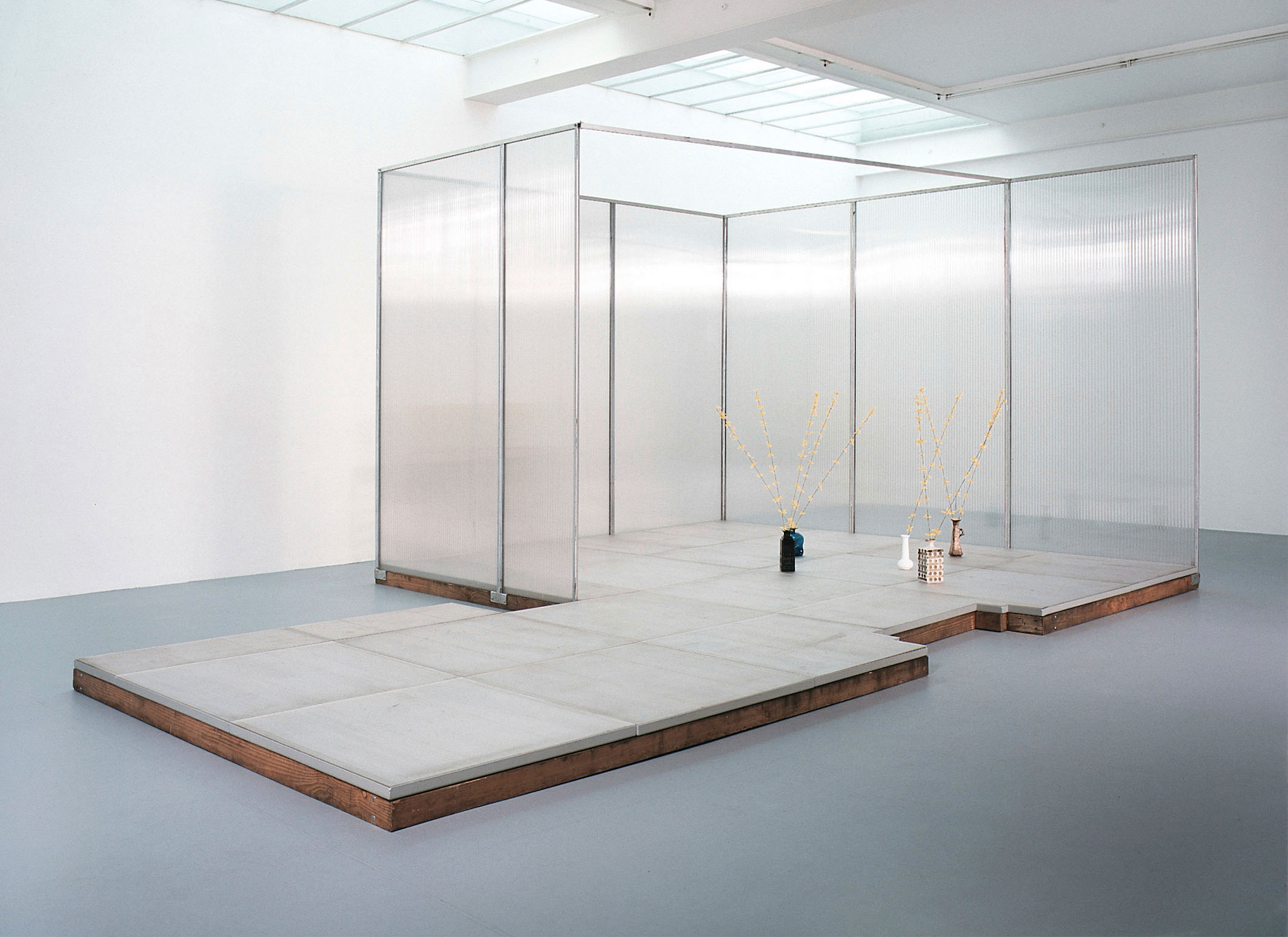 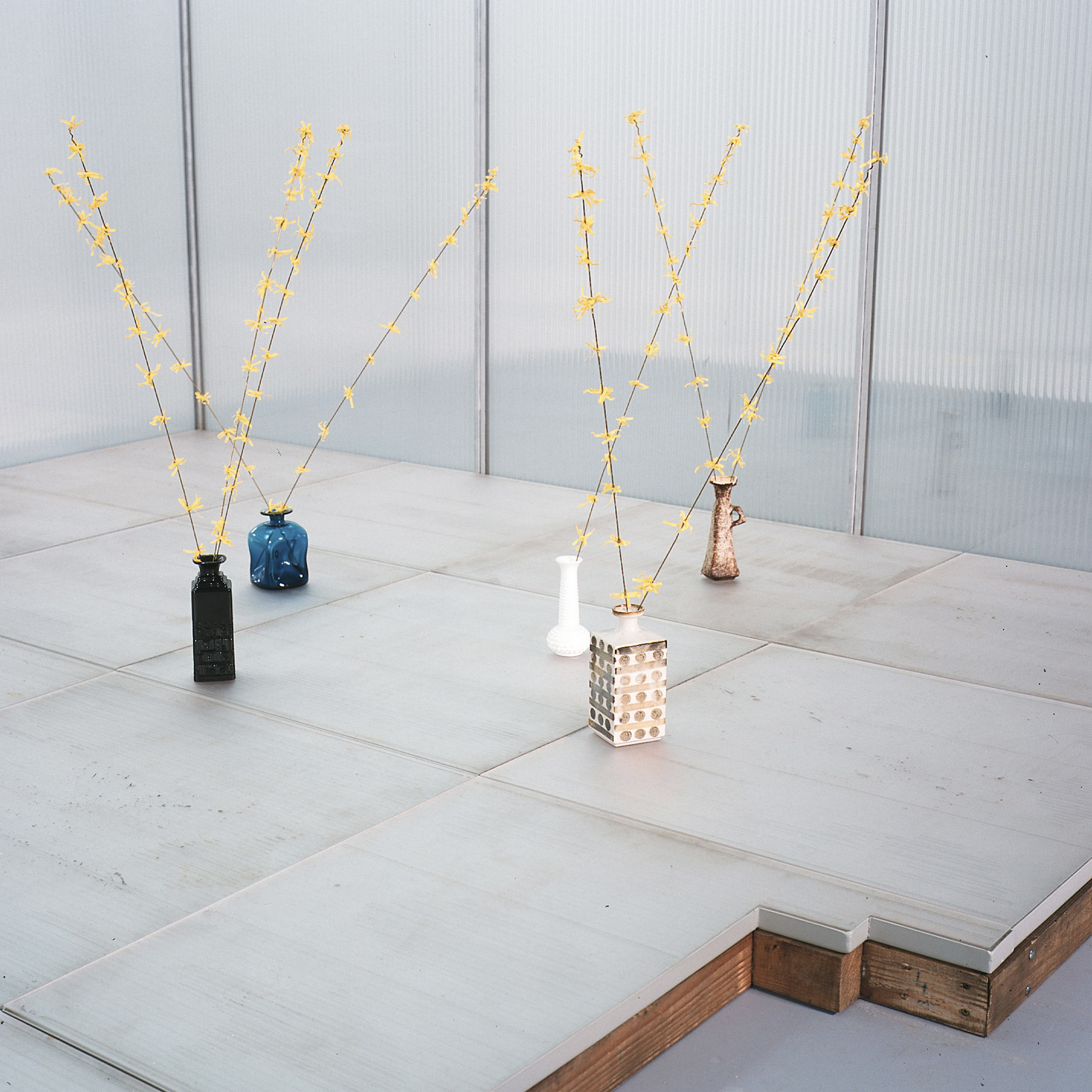 Joe Scanlan is an artist whose work takes multiple forms, from sculpture and design to publications and devised theatre. There is a willful subterfuge running through much of his art, as exemplified in works that address the political economy of site-specific labor, scripting the life and work of a fictional artist in collaboration with professional actors, founding and administering an archive, or cutting up a reproduction of a seminal art work in order to make a digital font. One of his recent projects is Décor and Avant-poste, two exhibitions curated from the permanent collection of the FRAC Pays de la Loire, Nantes. In the past year Scanlan has curated three exhibitions for the Broodthaers Society of America: Atlas, serial works on paper about the body; WRECKED ALPHABET with Eric Li; and Tarte au Cinéma (dot) edu.

Scanlan is a widely read, discussed, and translated writer for such venues as Artforum, frieze, and Parkett, and his former website, thingsthatfall.com. He has published five books in relation to his work: Object Lessons (Mu.Zee, Ostende) 2013; Passing Through (K21, Düsseldorf) 2007; DIY, or How to Kill Yourself Anywhere in the World for Under $399 (Imschoot Uitgevers, Ghent) 2003; Pay Dirt (IKON, Birmingham, England) 2002; and Joe Scanlan (Museum Haus Lange, Germany) 1996. He has also published a series of pamphlets on art with the titles Der Prozeß der Schöpferische Zerstörung in Aktion, Paragraphs on Deceptual Art, and Classism: an Introduction.

Scanlan is a professor at Princeton University, where he was Director of the Visual Arts Program from 2009–2017 and was responsible for the total overhaul of the Program. During his tenure he revamped the curriculum, helped build a more ambitious environment for VIS concentrators, and greatly increased the social engagement of the visual arts on campus. Most important, Scanlan expanded and diversified the full-time faculty to include Fia Backstrom, Martha Friedman, Deana Lawson, Pam Lins, Moon Molson, David Reinfurt, James Welling, and Jeff Whetstone, as well as part-time faculty Nathan Carter, Alice Chung, Demetrius Oliver, Yaara Sumeruk, Pacho Velez, and Amy Yao. Their professional accomplishments, commitment to teaching, and collegiality have transformed Princeton into one of the best undergraduate schools anywhere for studying visual art. Prior to his tenure at Princeton, Scanlan was an assistant/associate professor in the Sculpture Department at Yale University (2001–2009); and assistant director of The Renaissance Society at the University of Chicago (1987–1994).

Scanlan is also the holder of U.S. patent no. 6,488,732, which is a process for converting post-consumer waste into viable potting soil. Scanlan holds a BFA in Sculpture from the Columbus College of Art and Design, Ohio, and currently lives in New York City. 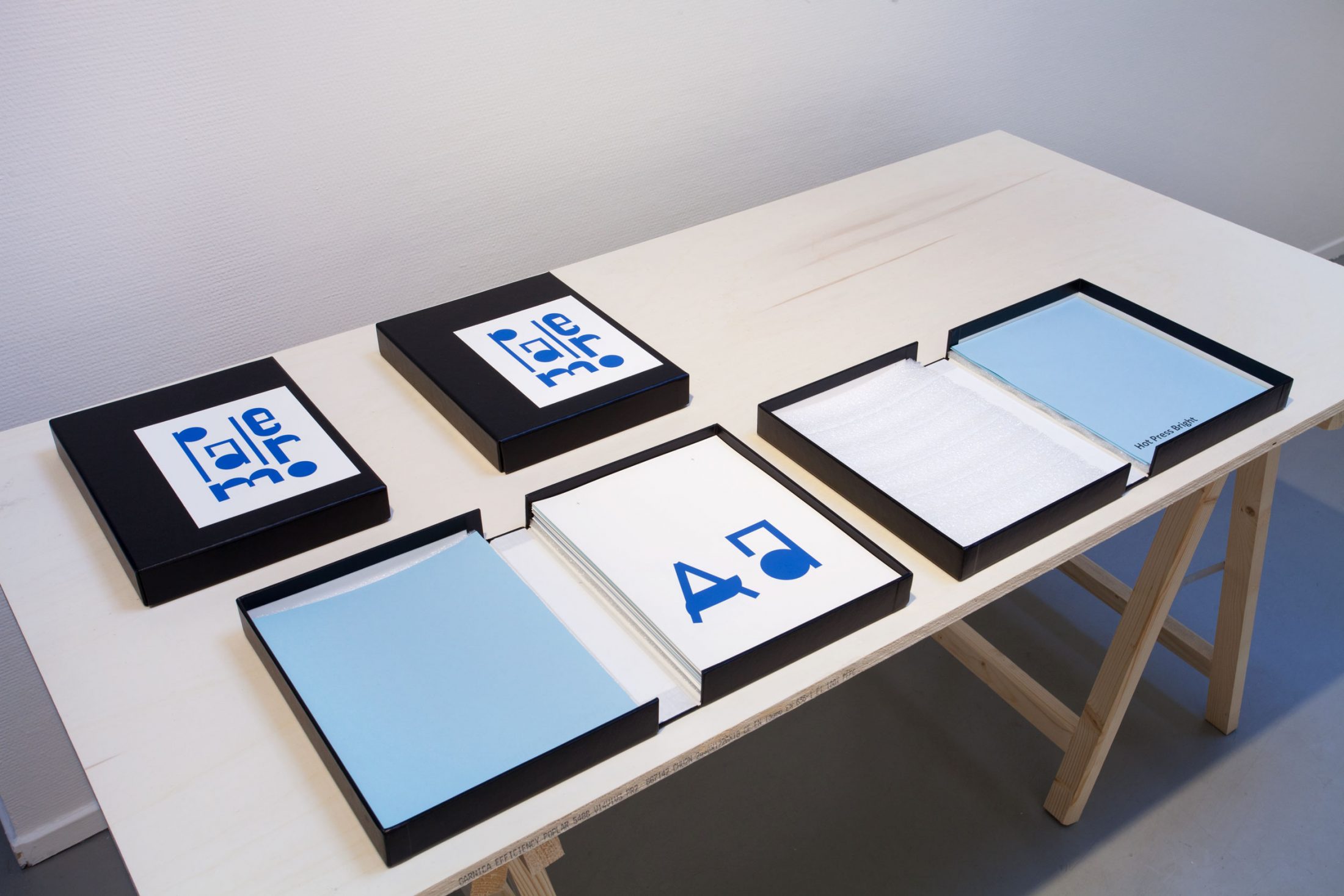 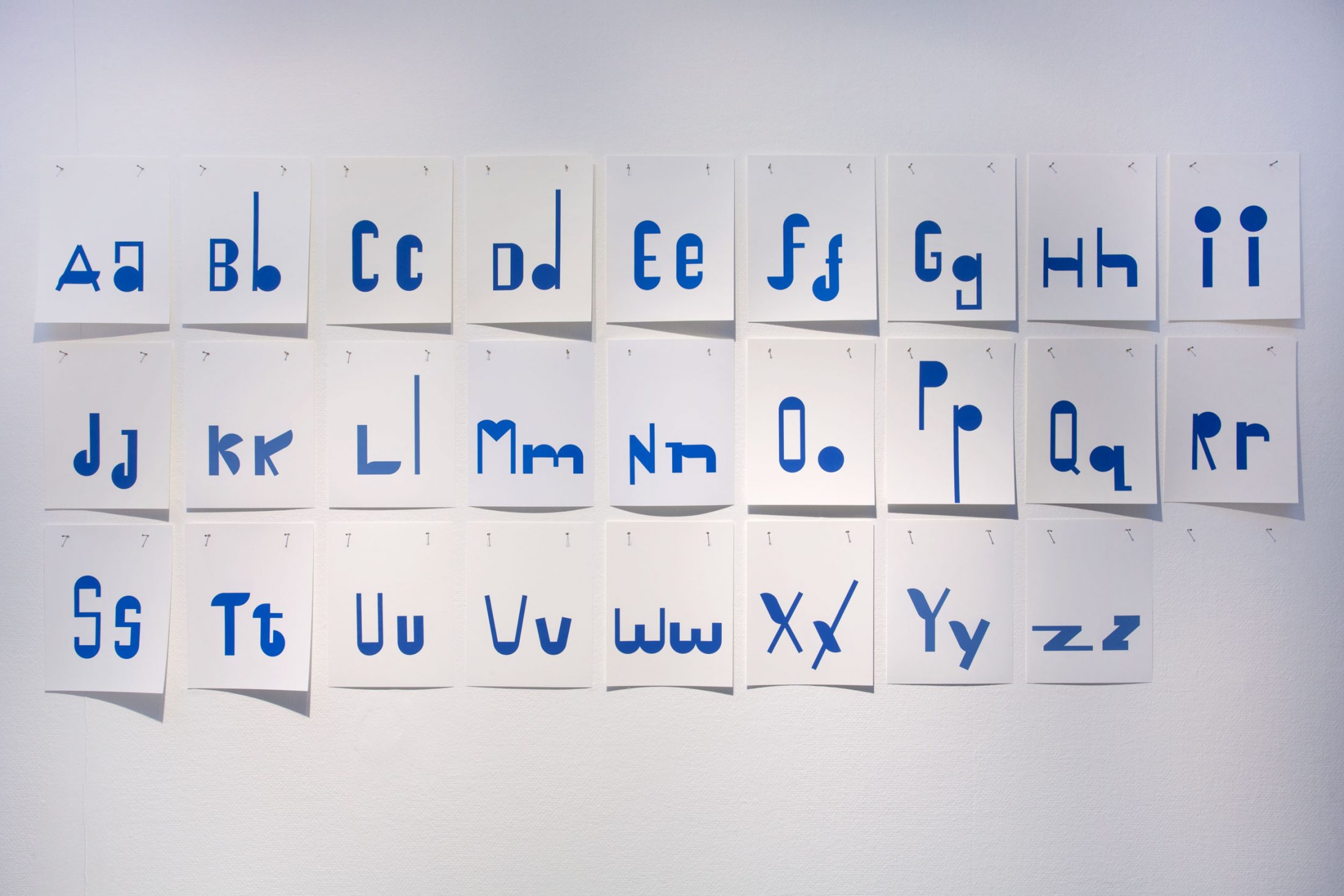 Letting typefaces speak for themselves isn’t a cliché. It’s a testament to the passion and talent behind everything we do. It means we stand behind this font with research and experience from actual problems we’ve defined, measured, and solved. Therefore, no decision, from strategy and development to design and user experience, is made lightly. And you’ll always see it in our type designs.

We made this edition to provide collectors with the most creative, critical, and entertaining artwork possible. It engenders an atmosphere in which your own creative talent can flourish. We believe that great talent will do great work, so we only work with collectors who want the opportunity to shine. It’s our guiding philosophy, our promise, and our business model.

Palermo was designed by cutting up the component parts of Blinky Palermo’s artwork Blau Scheibe und Stab (1968) and rearranging them, letter by letter, to make an entire upper- and lower-case alphabet. The edition includes 26 folios, one for each letter, as well as a 27th folio depicting Blau Scheibe und Stab.

The edition has been printed on an Epson Photo Paper Sample Pack, in such a way that the alphabet is interlaced by the changing tones and finishes of the various papers. The factory-issue interleaving designating each type of paper is included in the edition as well, adding yet another layer to its organization. 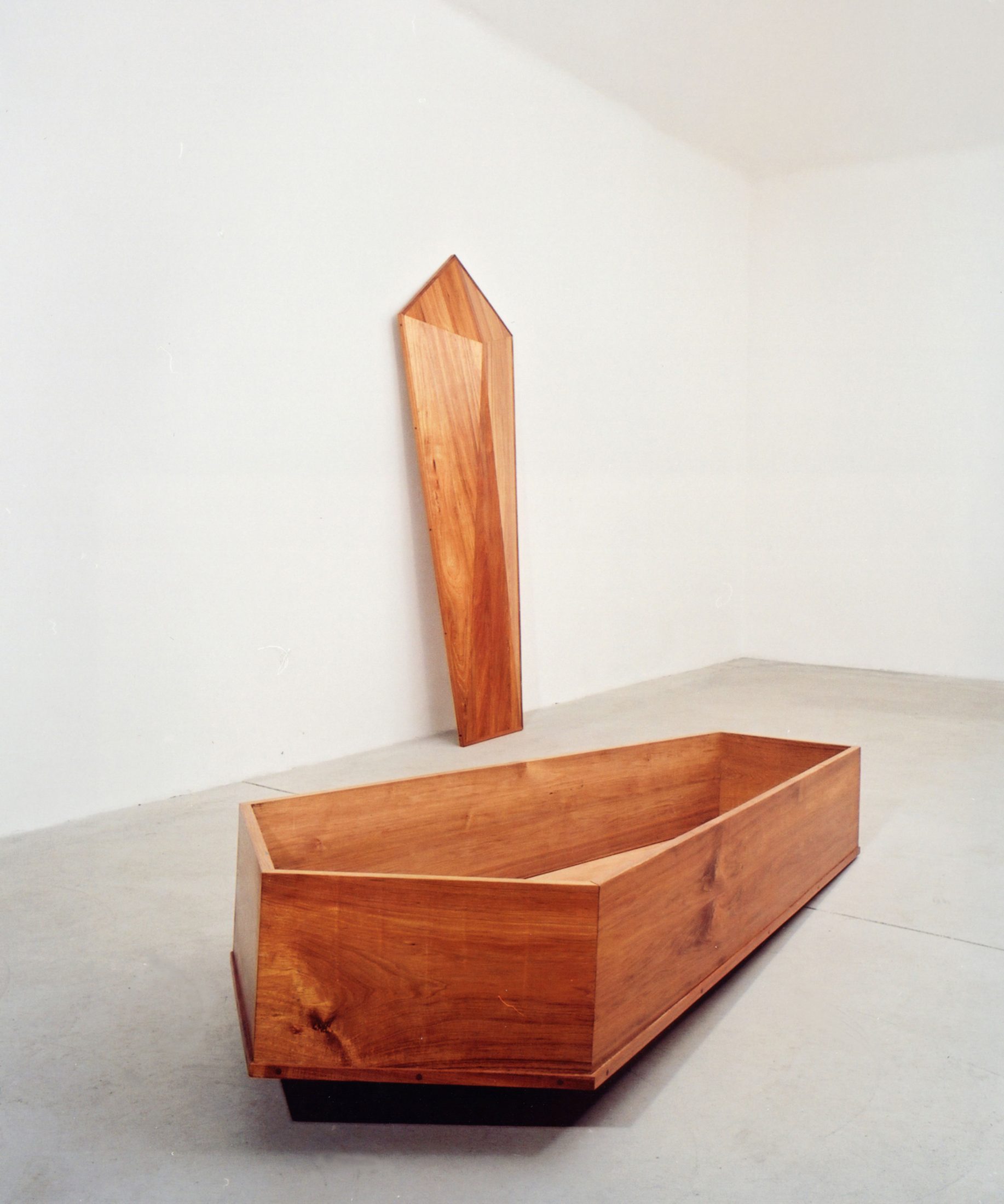 Although many artists can be said to contemplate mortality in their work, usually in a veiled, Robert Frost kind of way — a clearheaded few have cut through the allusive haze and made their contemplation plain. Whether through drug addiction, natural selection, death with dignity, or suicide, intimations of death have gotten artists through many a hard night.

Staging death—whether literally or figuratively—is also an effective way to express a wish, foment resistance, or change careers, as modern and contemporary artists have proven through a variety of forms. Kazimir Malevich designed and built his own coffin without compromising his aesthetics or his politics. The Countess Castiglione, sensing her failing beauty and waning political influence, made The Foot, one of the nineteenth century political seductress and amateur photographer’s most sardonic images. Other approaches include crystalline annihilation (Robert Smithson’s Antiomorphic Chamber, 1965), weightless dispersion (Andy Warhol’s Silver Clouds, 1966), theatrical entombment (Paul Thek’s Death of a Hippie, 1967), subterranean surveillance (Bruce Nauman’s Underground Audio/Video Chamber, 1972-74), ritualized grief (Gordon Matta-Clark’s Descending Steps (for Bataan), 1977) or delusional grandeur (Bas Jan Ader’s In Search of the Miraculous, 1975).

Best of all, as a work of art, Custom not only makes you a part of the esteemed art historical lineage mentioned above but, as such, will almost certainly increase in value over time. As Malevich’s austere Suprematist box made clear, the beauty of approaching death as a work of art is that, when the time comes, you can take it with you.

Now you can have the same peace of mind that many famous artists have enjoyed by taking creative control of your death and remains. Custom is an elegant post-life vessel crafted from only the finest hardwoods and discretely shipped to the location of you or your descendant’s choice. As the brand name implies, Custom is not a prefabricated coffin but a finely detailed, handmade sculpture within the bounds of art history and convention. The sculpture is made entirely free of any preservatives, plastics, metals, or other materials that would be detrimental to your safe transport into the afterlife, new states of mind, and new ways of being. 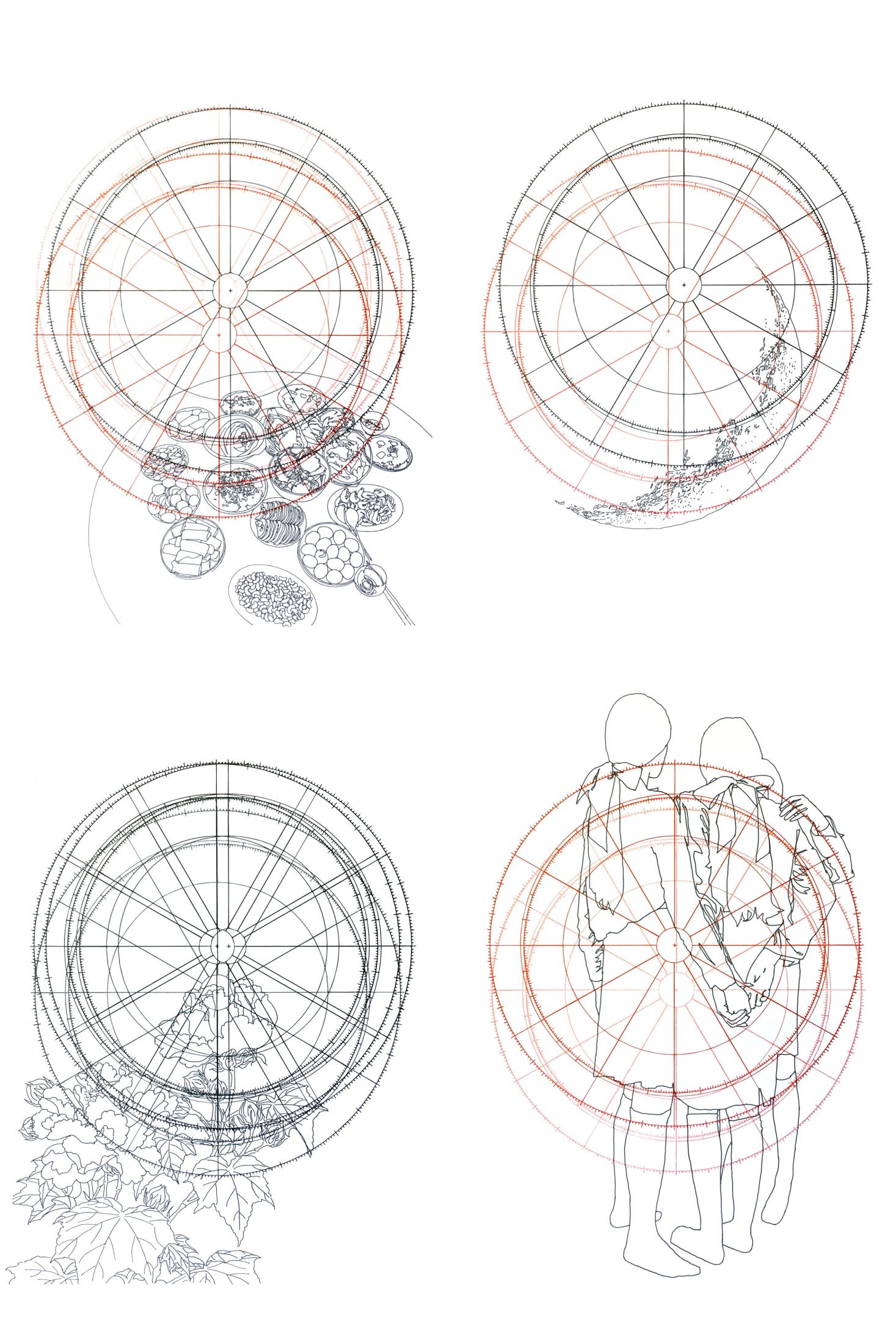 Joe Scanlan and astrologer Alice Sparkly Kat have collaborated on a complimentary suite of drawings titled Alignments and Entanglements. The drawings are inspired by Sparkly Kat’s role as a professional astrologer and Marcel Broodthaers’ third book of poetry, La Bête Noire. La Bête Noire was conceived as a fictional zodiac. It presents twelve short poems, each dedicated to a particular animal and each arranged on the page like a rebus that can be read horizontally or vertically or both. The book opens with a thirteenth, introductory poem titled “Zodiac.” Likewise, all of the Alignment and Entanglement drawings use the twelve-part celestial chart that was first invented by the Sumerians circa 3500 BCE and that is the basis for Western astrology as a blank structure for exploring color, composition, appropriation, and collage.

We make these drawings to provide collectors with the most creative, direct, and informative artwork possible. They engender an atmosphere in which your prescient eye can flourish. We believe that only a great eye can recognize great art, so we only work with collectors who want the opportunity to shine. It’s our guiding philosophy, our promise, and our business model. 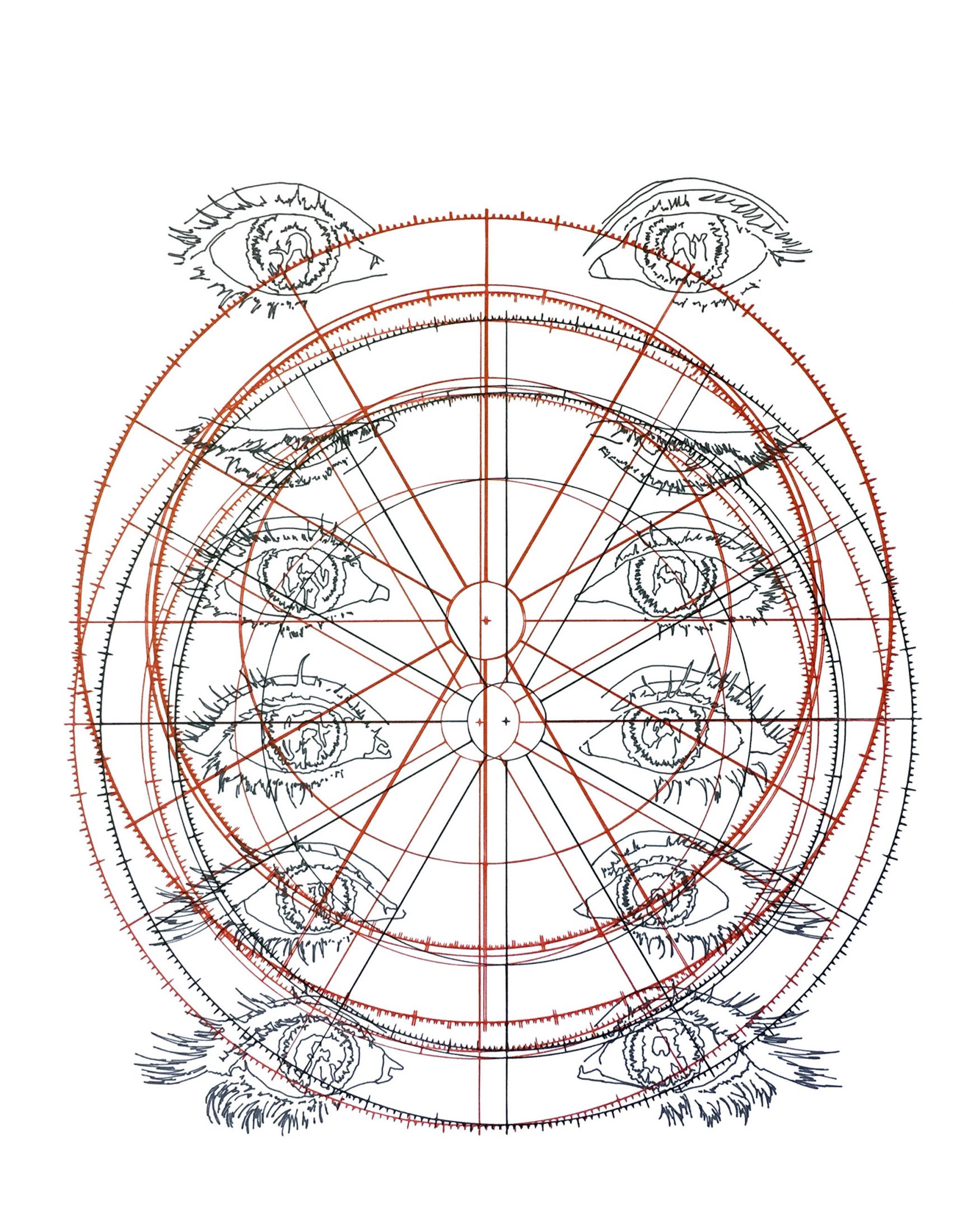 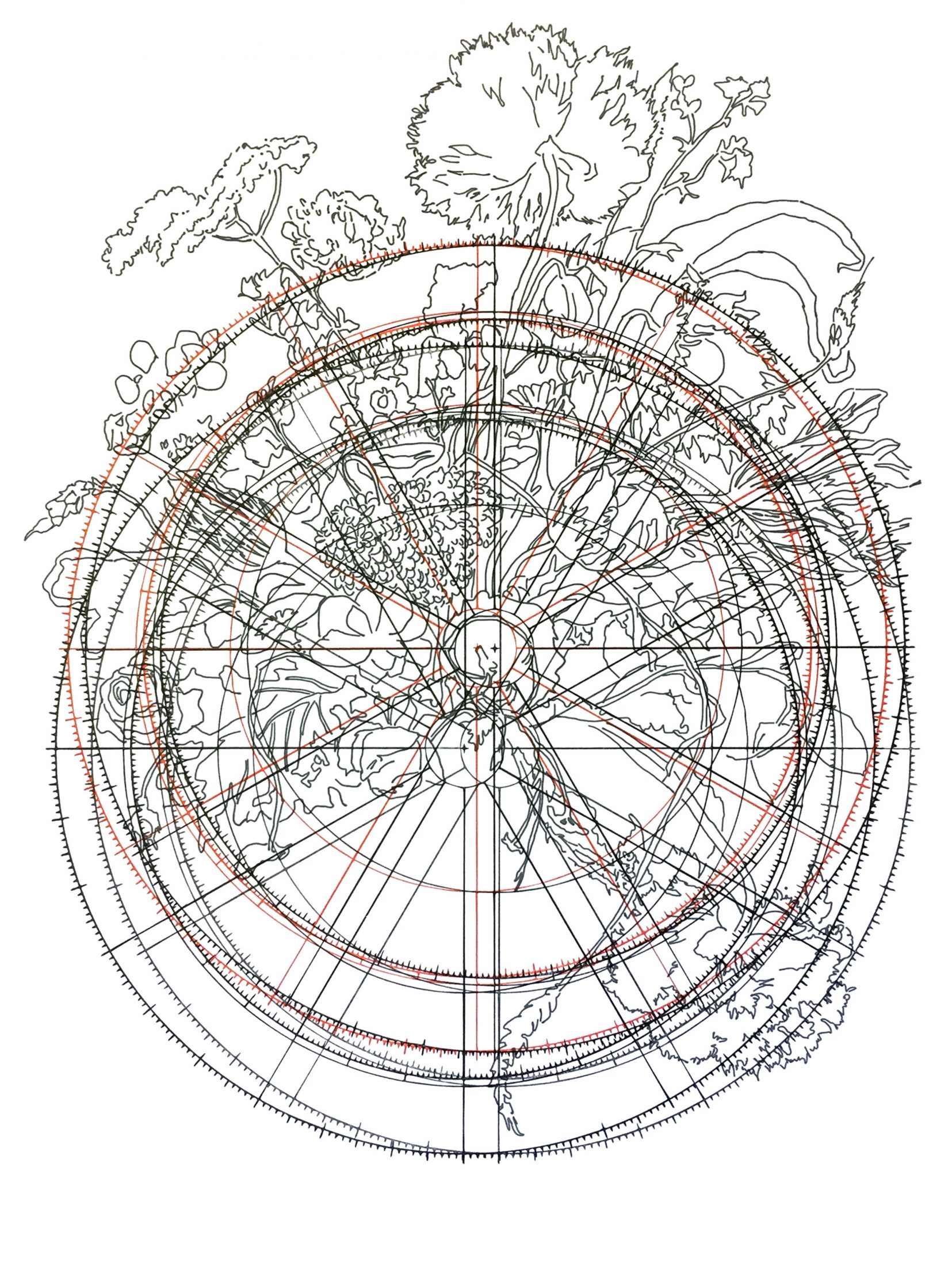 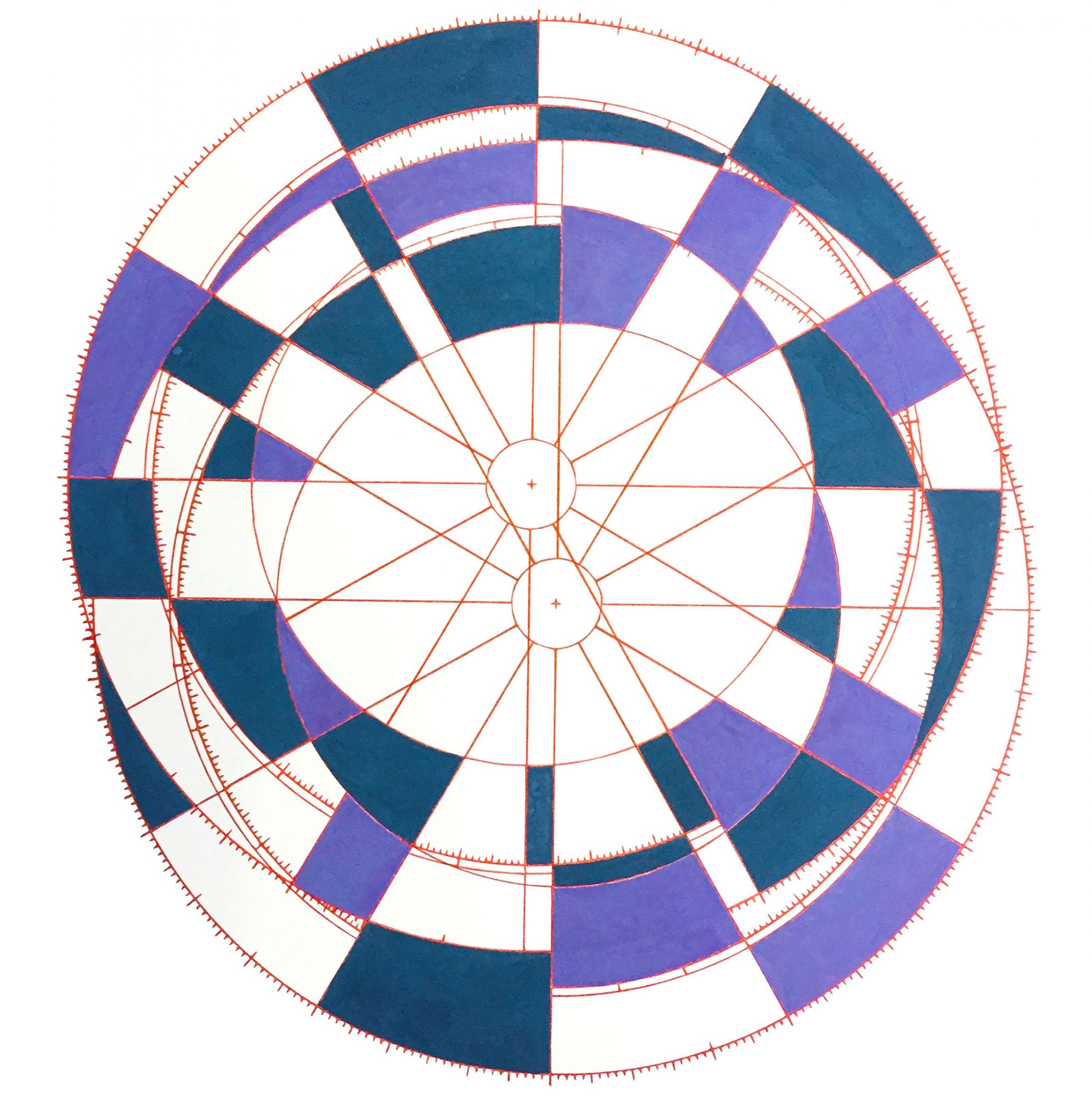 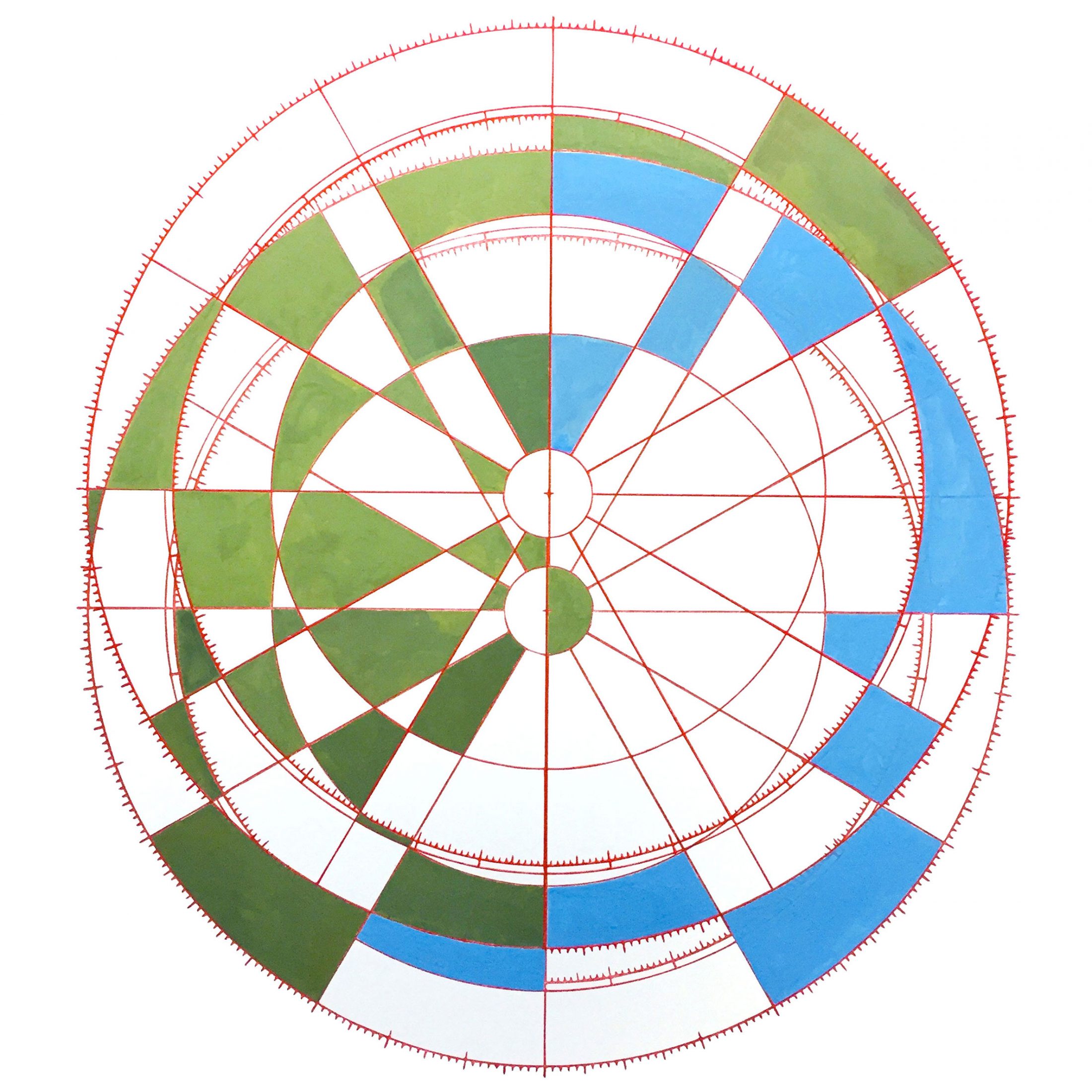 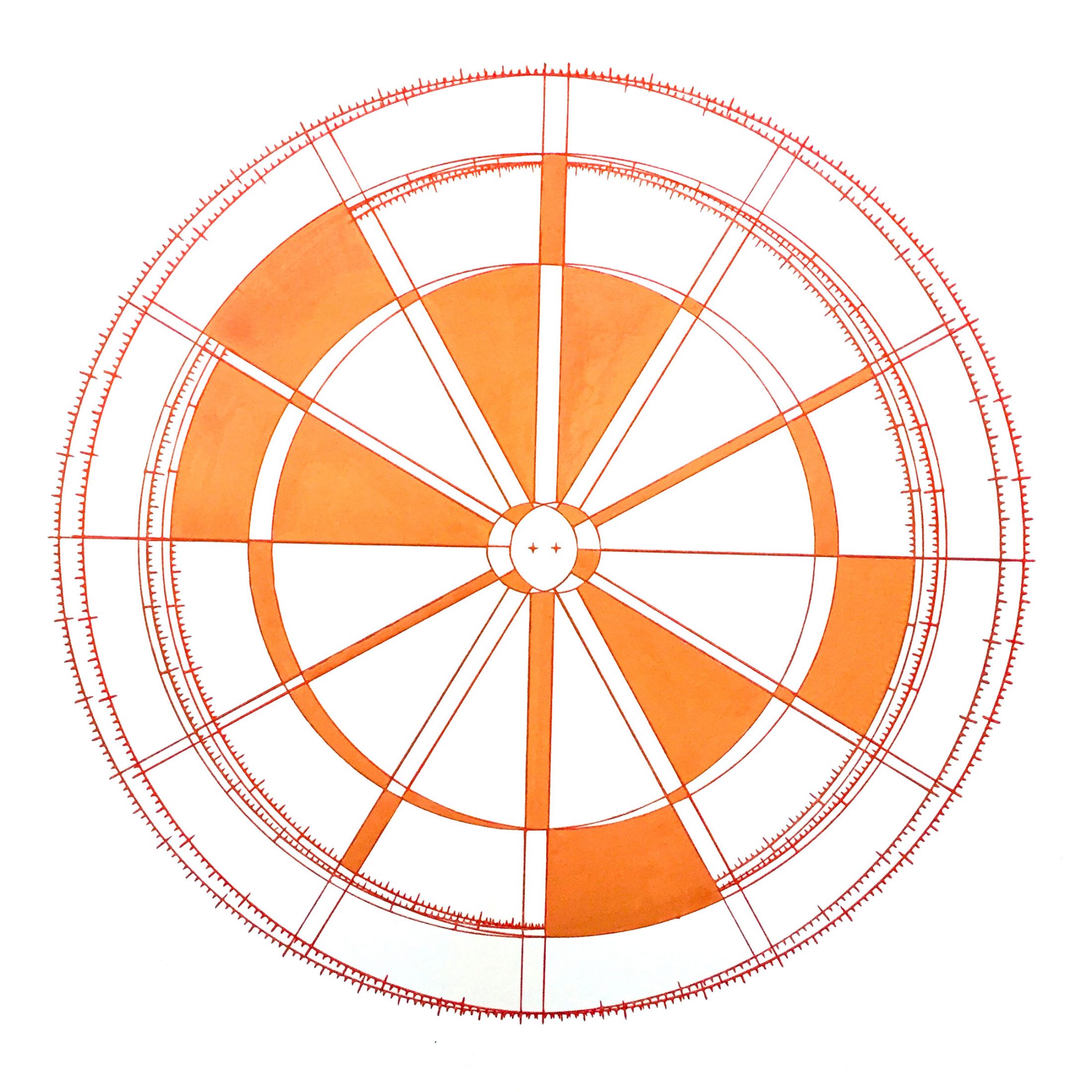 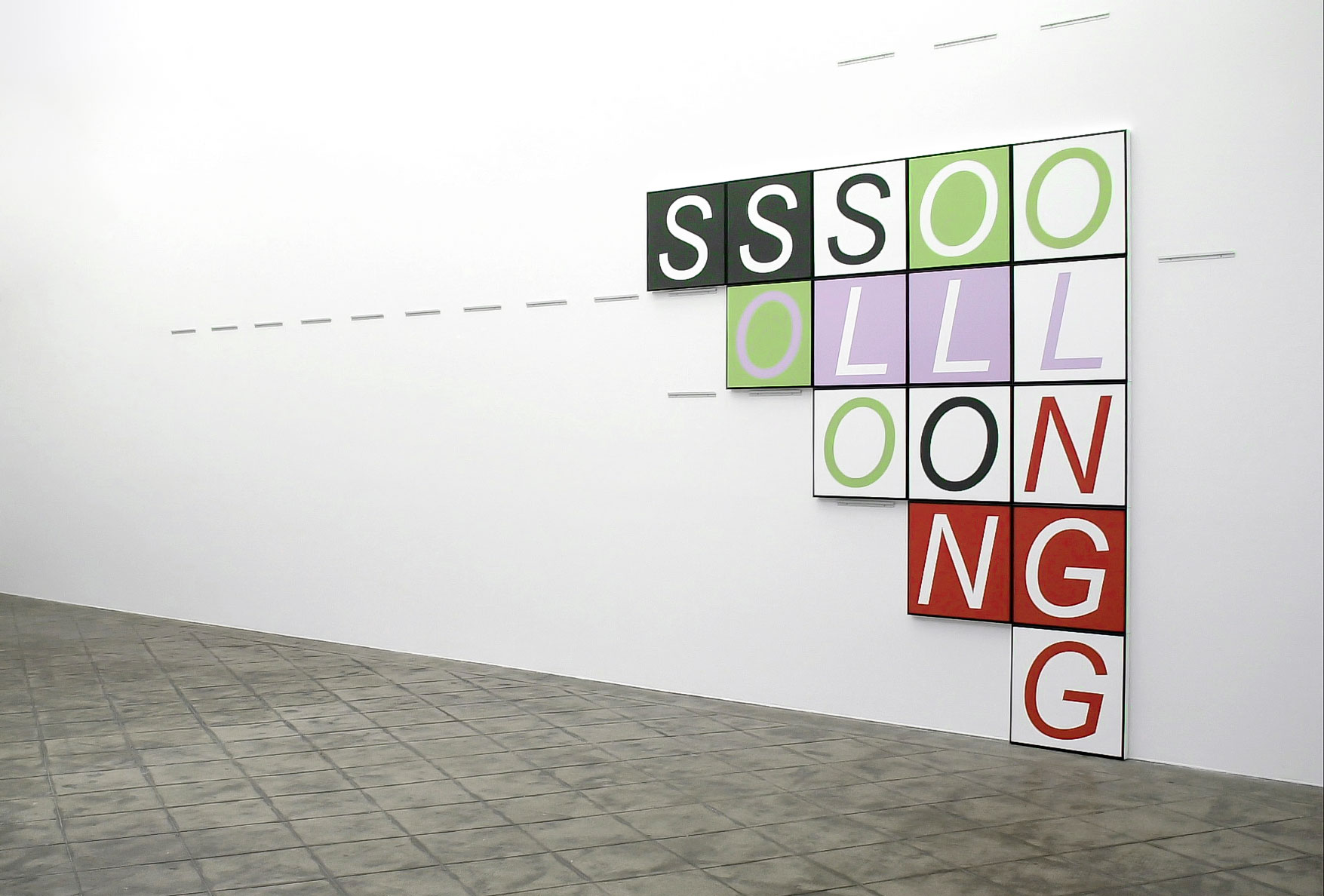 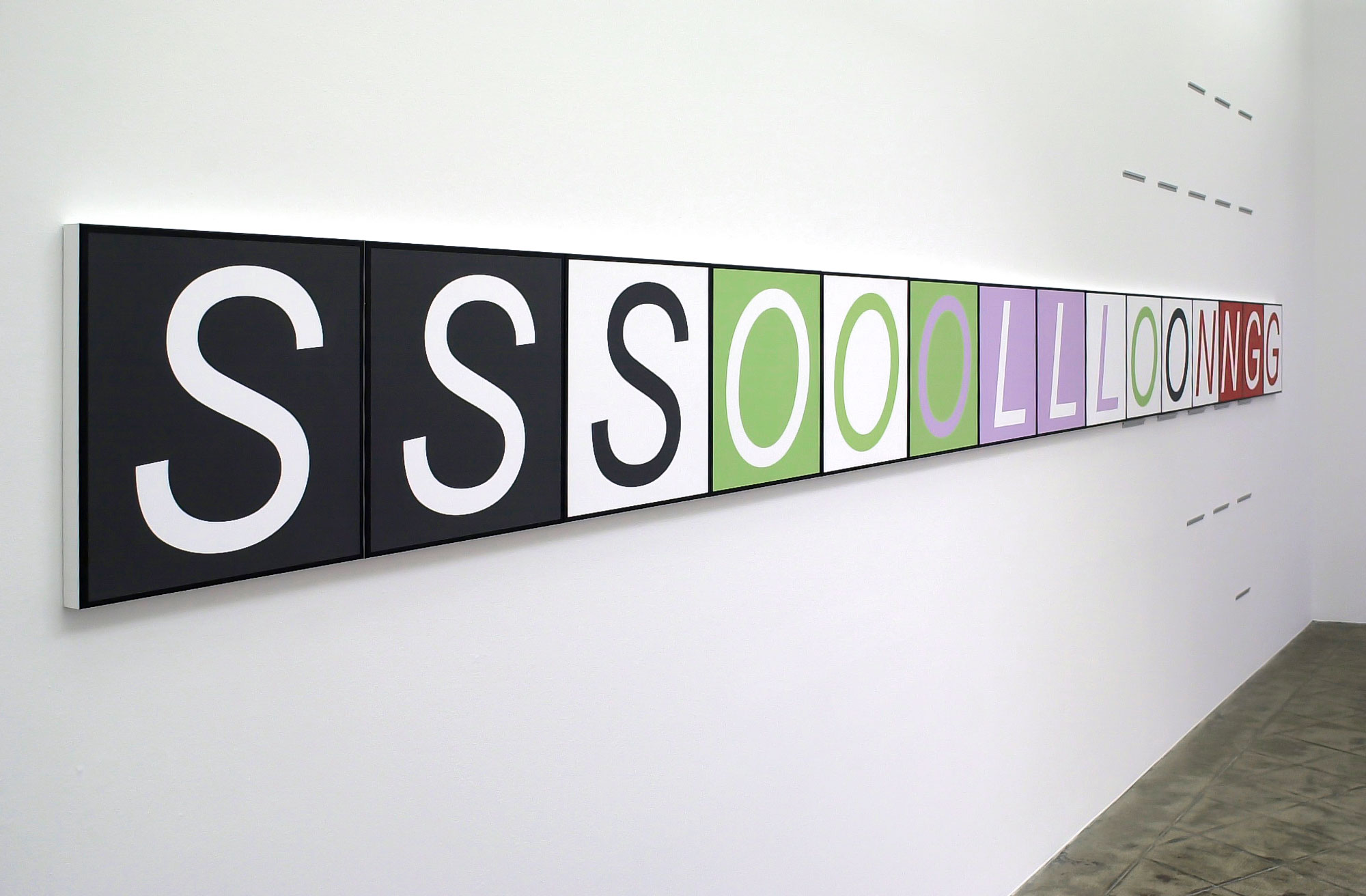 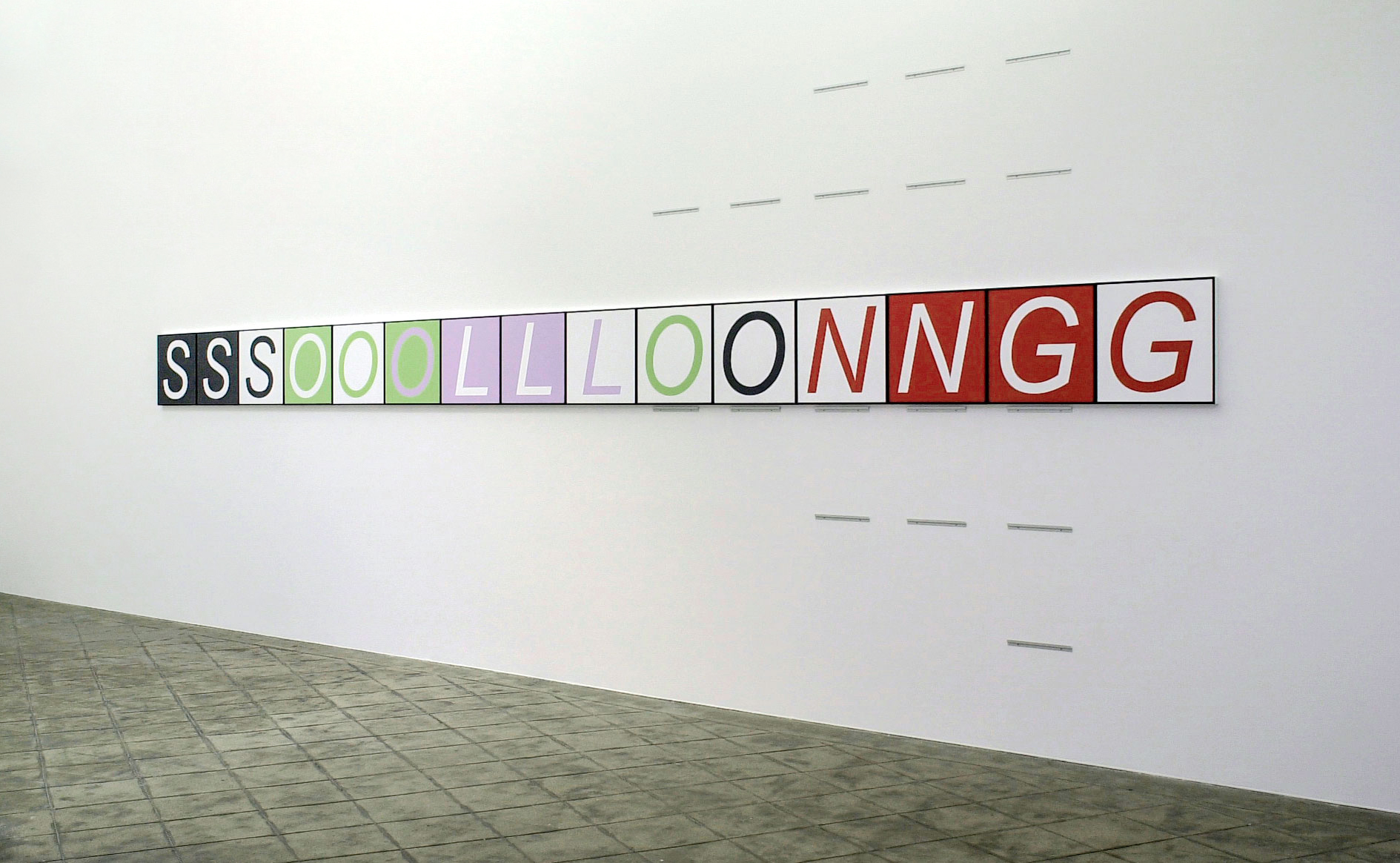 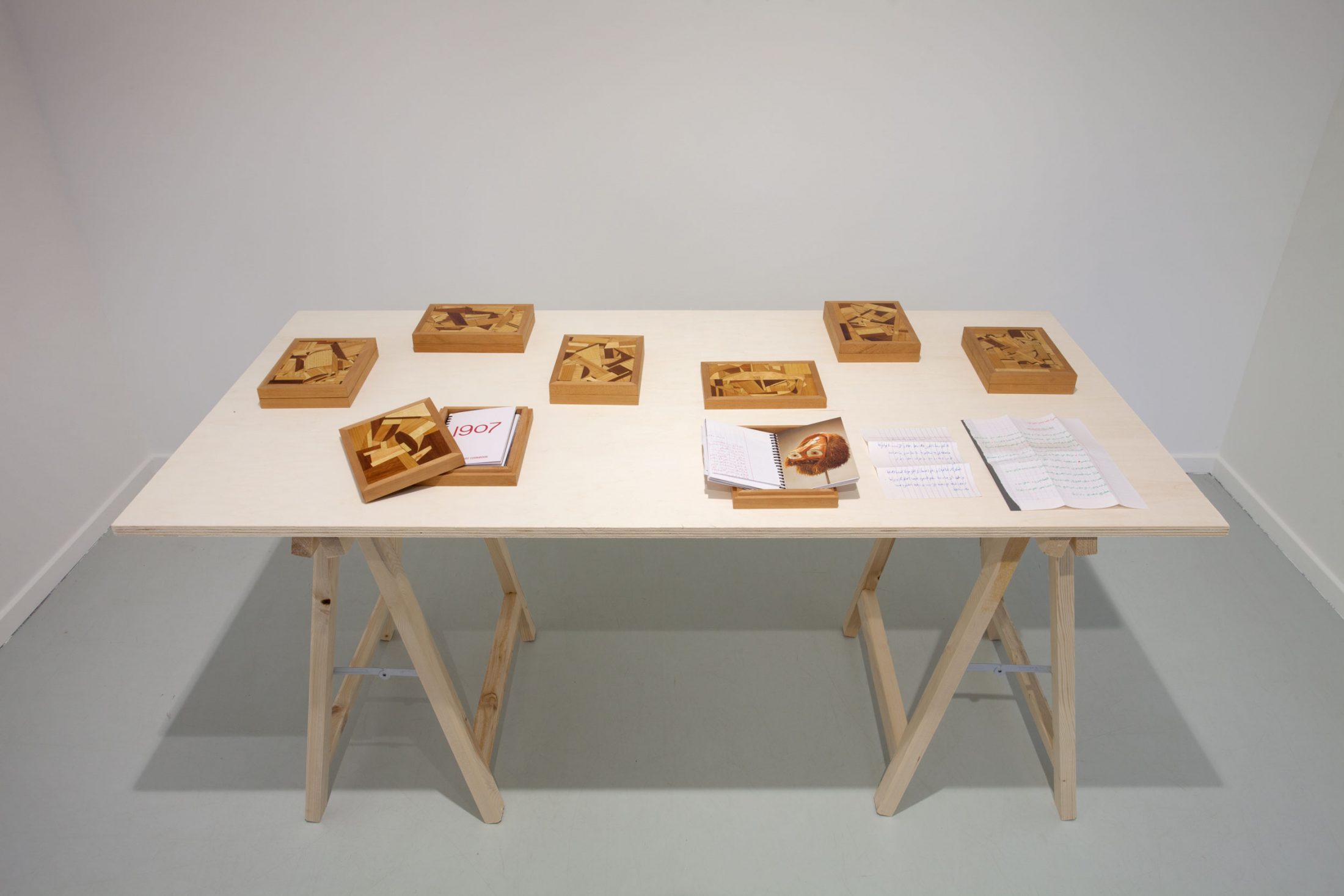 The Raw and the Cooked

The peculiarity of this edition is that it has no subject. In the first place, it is restricted to the study of one myth. And yet in order to do so it must assimilate the subject matter of a hundred others. I am anxious to keep within a clearly defined moment in time. That said, I cannot prevent this book from taking on the appearance of a general treatise on mythology. In other words, this book may well create more myths than it dispels.

I must admit that this generative effect does not alarm me. Rather it seems to be a sign that I have succeeded in depicting certain fundamental properties of my subject. This is thanks to a plan and a method that were not so much chosen by me as forced upon me by the nature of the material. The constant recurrence of the same themes expresses this ineffable mixture of persistence and powerlessness. Mythology has no interest in definite beginnings or endings. Mythology never develops any theme to completion; there is always something left unfinished.

Therefore, it follows that an edition based on myths is itself a kind of myth. If The Raw and the Cooked has any unity, that unity will only appear behind or beyond this edition, and, in the best hypothesis, will only become reality in the mind of the reader. 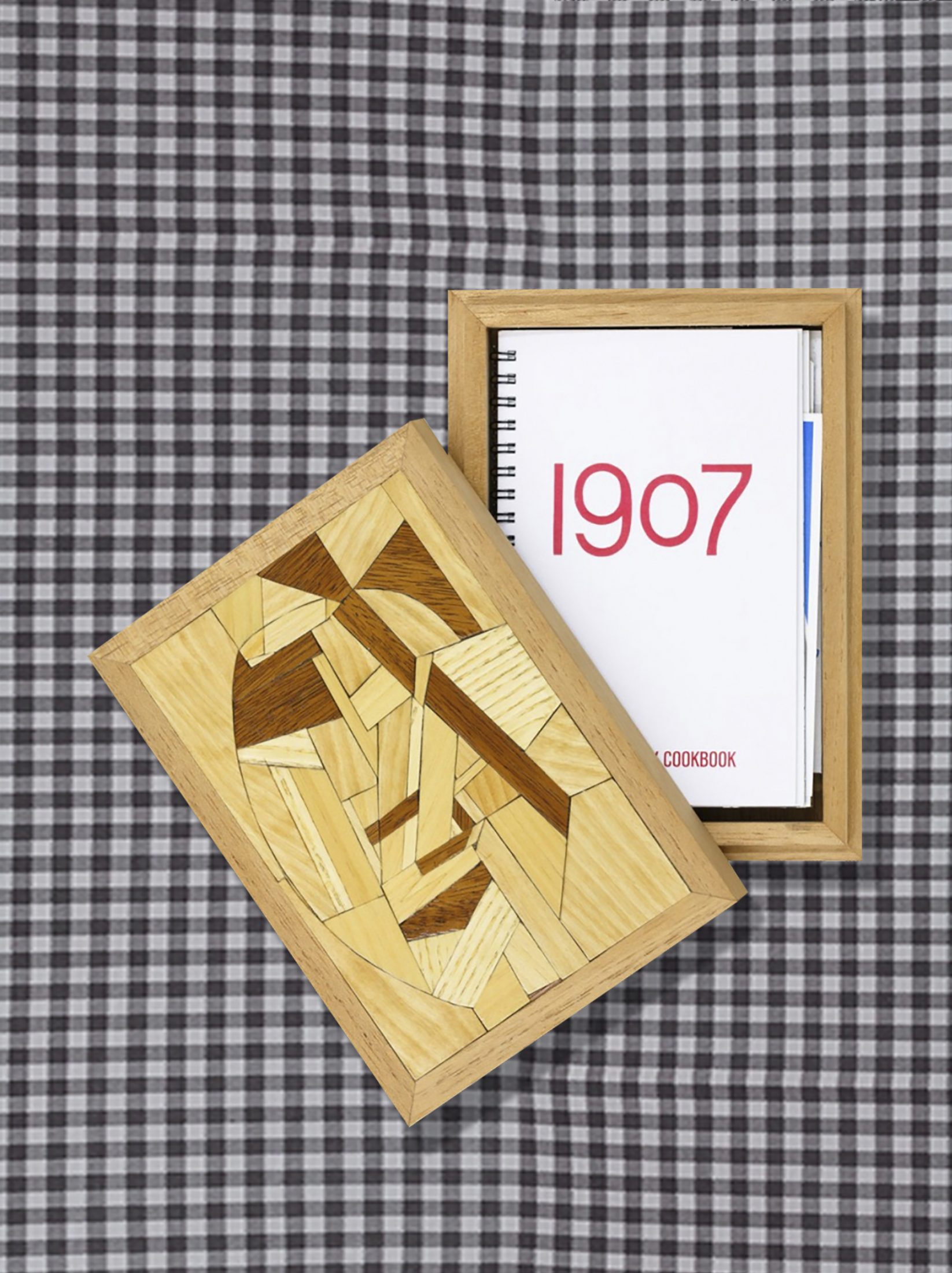