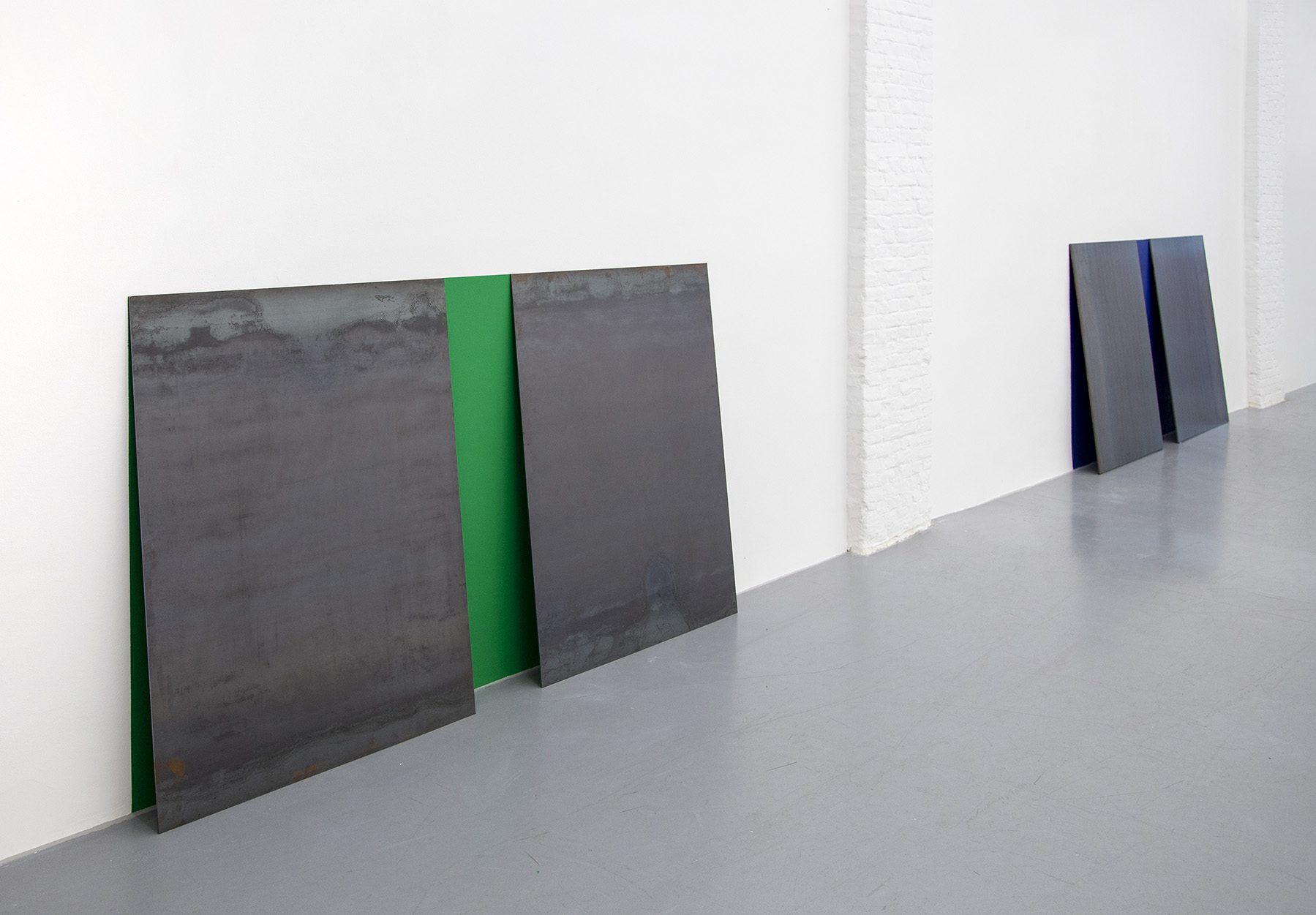 In her work, Dujourie plays with the sensuality and immediacy of materials, emphasises the performative aspect of the artwork (its theatrical and processual dimension), investigates the relationship between nature and culture, and gives decorative and ornamental elements a central role. Her videos, drawings, installations and sculptures speak of the passing (and the weight) of time and move between the figurative and the abstract, generating a sensation of melancholy and searching for an emotional understanding of space.
An online presentation of a selection of 50 years of art by Lili Dujourie. 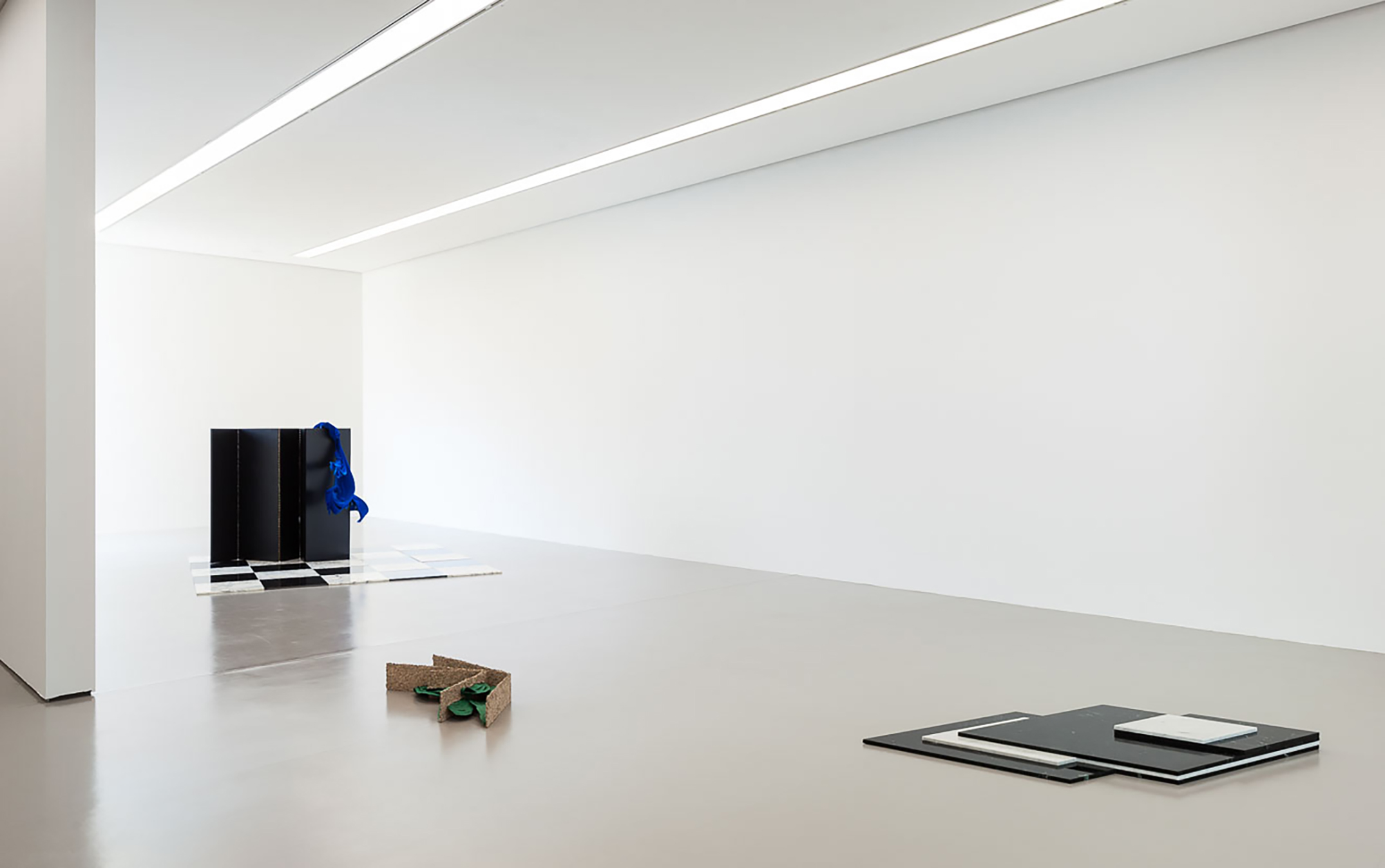 With her first sculptures, at the end of the 1960s, Lili Dujourie engaged in a purified work, in osmosis with Minimal Art and Arte Povera, situating herself as an artist at a time when women were a rarity in a world of men. Later, in the 1970s, she produced black and white silent videos of languorous movements, her own naked body coiled up in an interior window space. Then in the 1980s came majestic sculptural installations. The content of these sculptures involved drapery in trompe l’oeil, plush satin, smoothed plaster folds, checkerboard black and white marble, a broken oval vanity mirror, a gold leaf frame, bas-reliefs with false perspectives, unfolded wind-breakers, torn fragments of photos.

Sometimes romantic, sometimes baroque, sometimes true jewels in the round, clothing and revealing emptiness, Lili Dujourie’s sculptures are conceptually rigorous, finding refuge in a corner of the room, but searching for a less central path to other dimensions. One finds all along this surprising career, in different kinds of developments, a desire to affirm the extreme beauty of employed materials, and to materialise their shadow. It is also a vision of theatrical reality, that swings back on a world of lures, of shimmers and appearances.

The artist innovates a visual modus operandi with sculptural formulations that transgress three-dimensional space. Chosen space is an integral part of the sculptural construction that is not necessarily placed low, on the ground, but may hang high like a stalactite. Overcoming noble materials by strict shapes, ensure that sculptural volume succeeds in making a refuge of intimacy in space, is one of the major concerns in this work. In her recent studies she has condensed sculptural space for even more exclusive shapes; reducing the scope of materials and gests for an increasingly sober and meaningful presence. 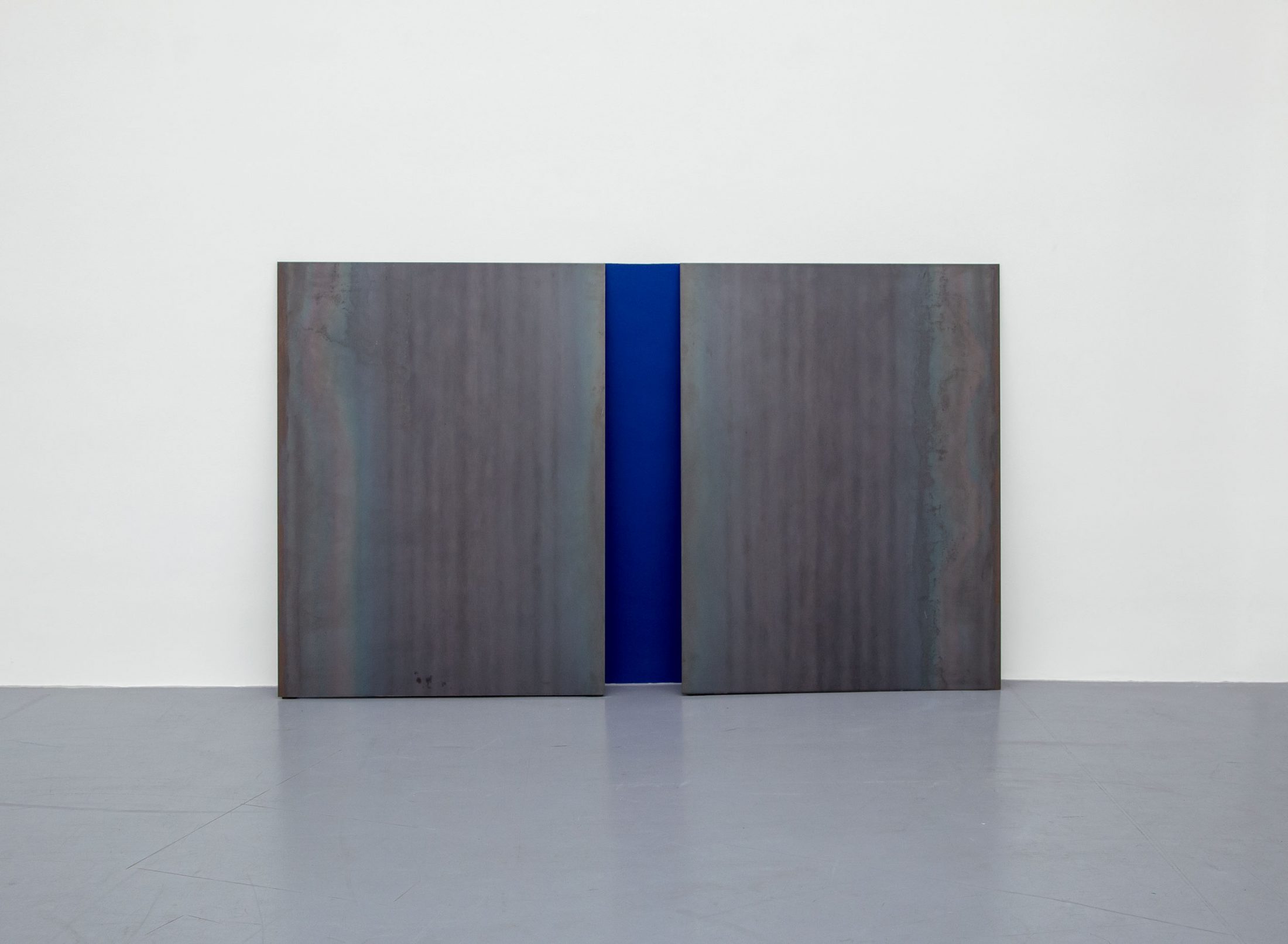 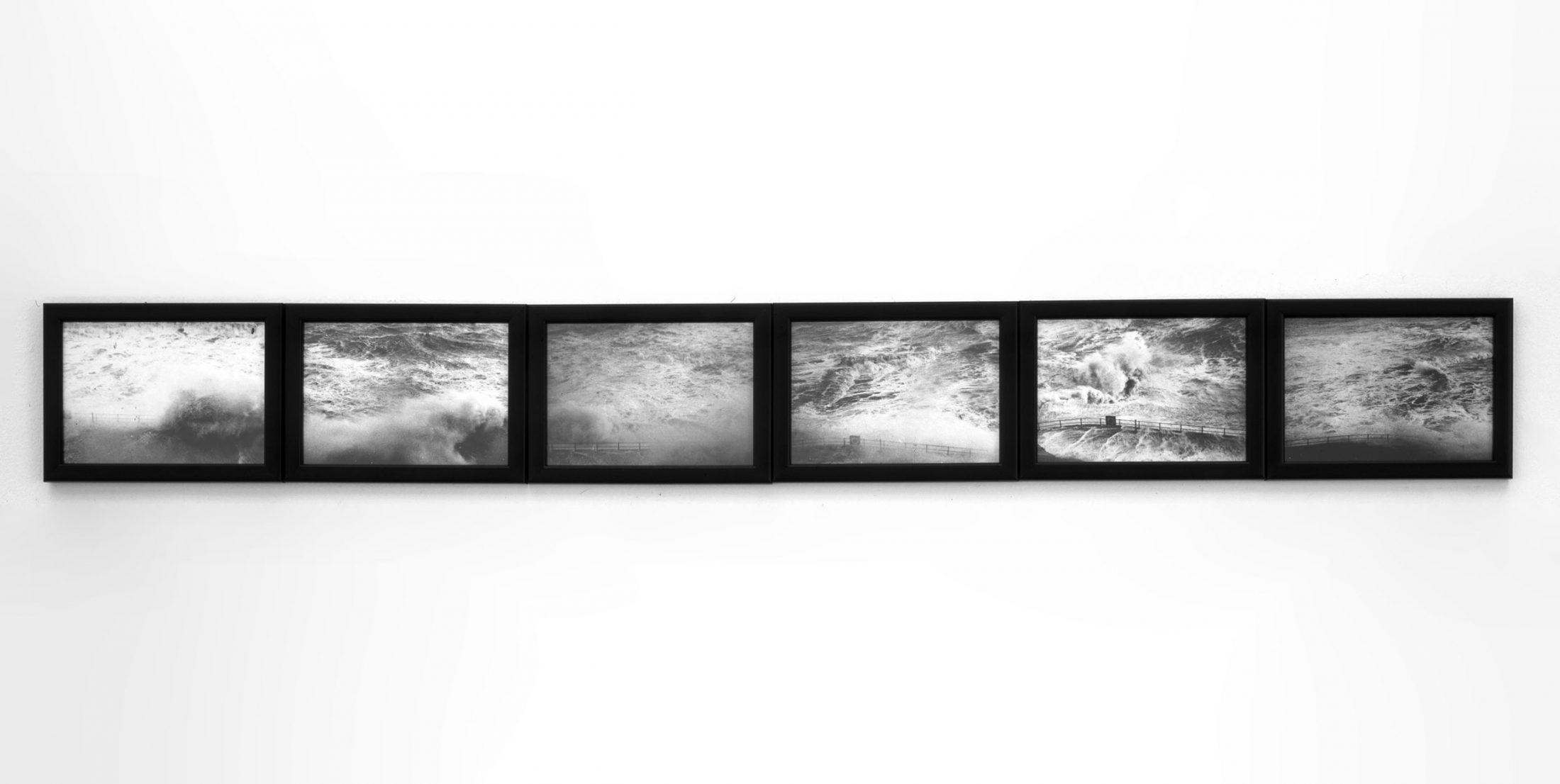 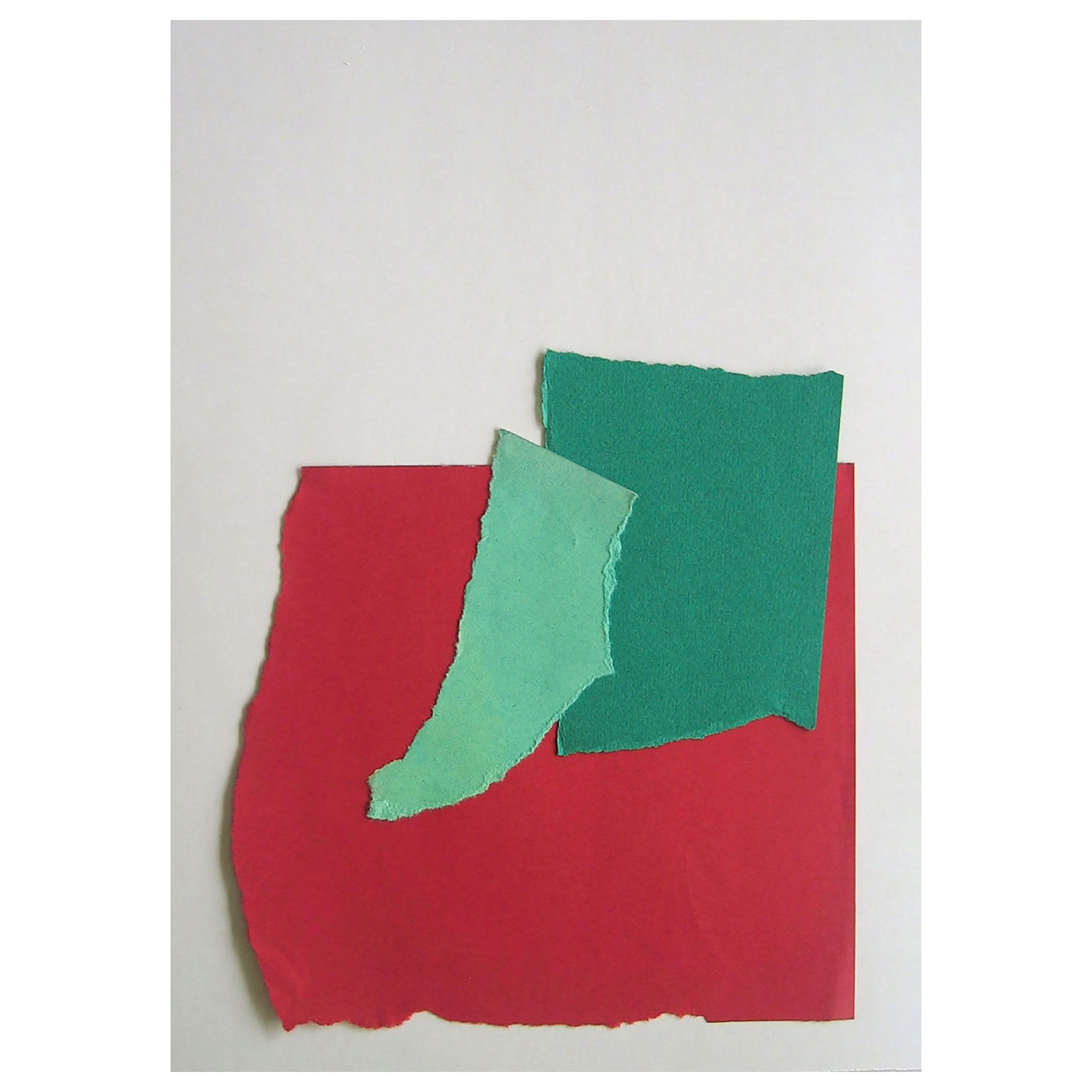 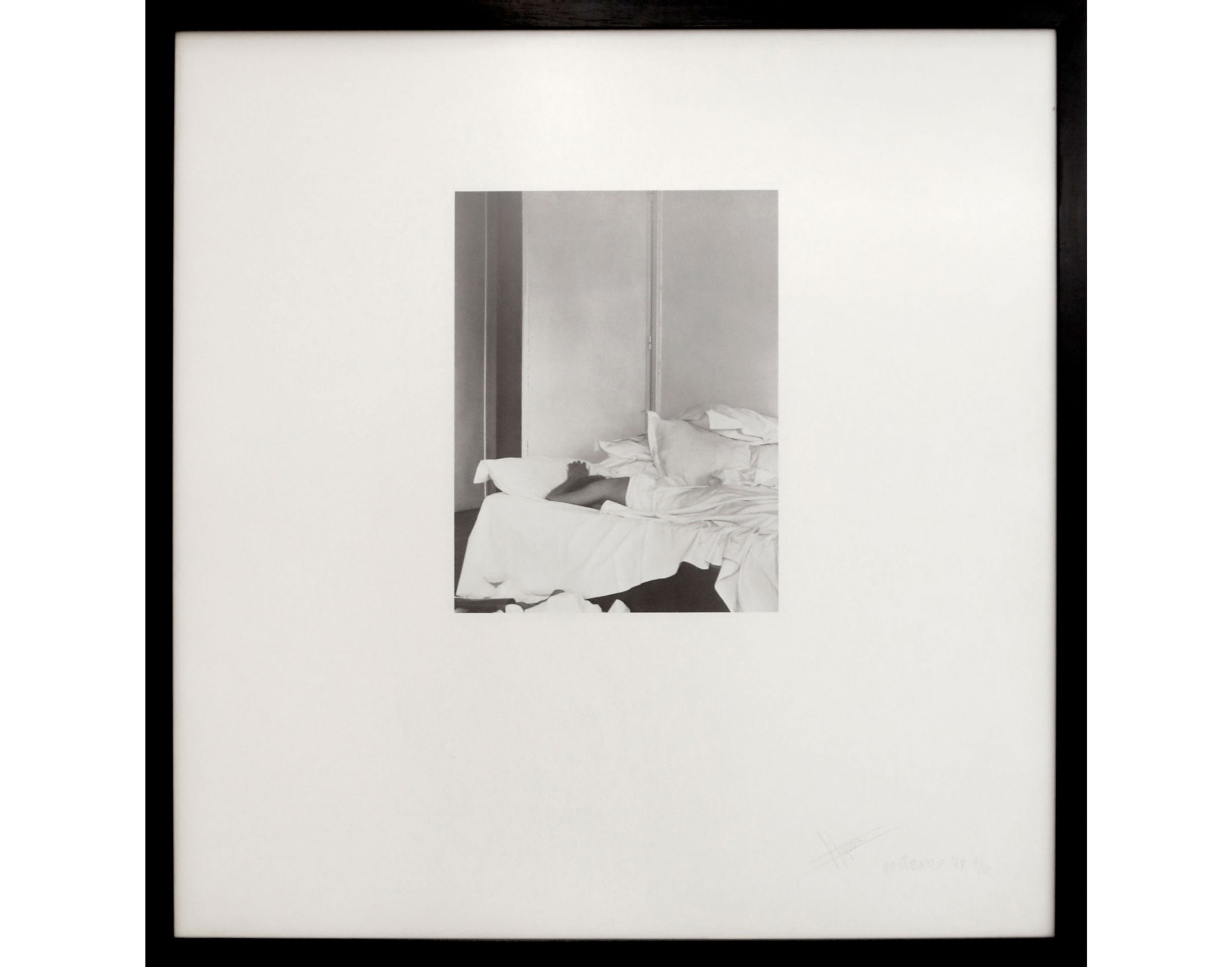 Lili Dujouri was still at school in Bruges when she encountered US post-War abstract art for the first time at the World’s Fair in Brussels in 1958. The city is still marked by the building projects undertaken in preparation for the fair: the three main railway stations, the Mount of the Arts in the city centre and the Atomium and other le”over exhibition pavilions in the outskirts.

Dujourie’s earliest mature body of work, begun in 1967, was shown at gallery X-One in Antwerp in 1970. In period black-and-white photographs (these pieces were later lost), we see metal sheets and rods balancing against each other, lying on the floor or leaning against the wall. Already here, in her first exhibition, Dujourie is speaking in finished sentences, as it were. After discarding earlier attempts, she is offering a coherent visual account of balance and equilibrium that could only have been achieved with those very materials and strategies that she had chosen. This is true of her entire subsequent oeuvre.

The body of the metal is combined with the action of leaning, and both may be enhanced by colour. This makes us see the gap — between the metal plate and the wall, between different plates in a series, between using the floor and the wall for support, between sculpture and painting. It makes us understand that there can be no static frontal point of view, that we — and by extension our thinking — will become de-centred and de-stabilised as soon as we start engaging with the work. 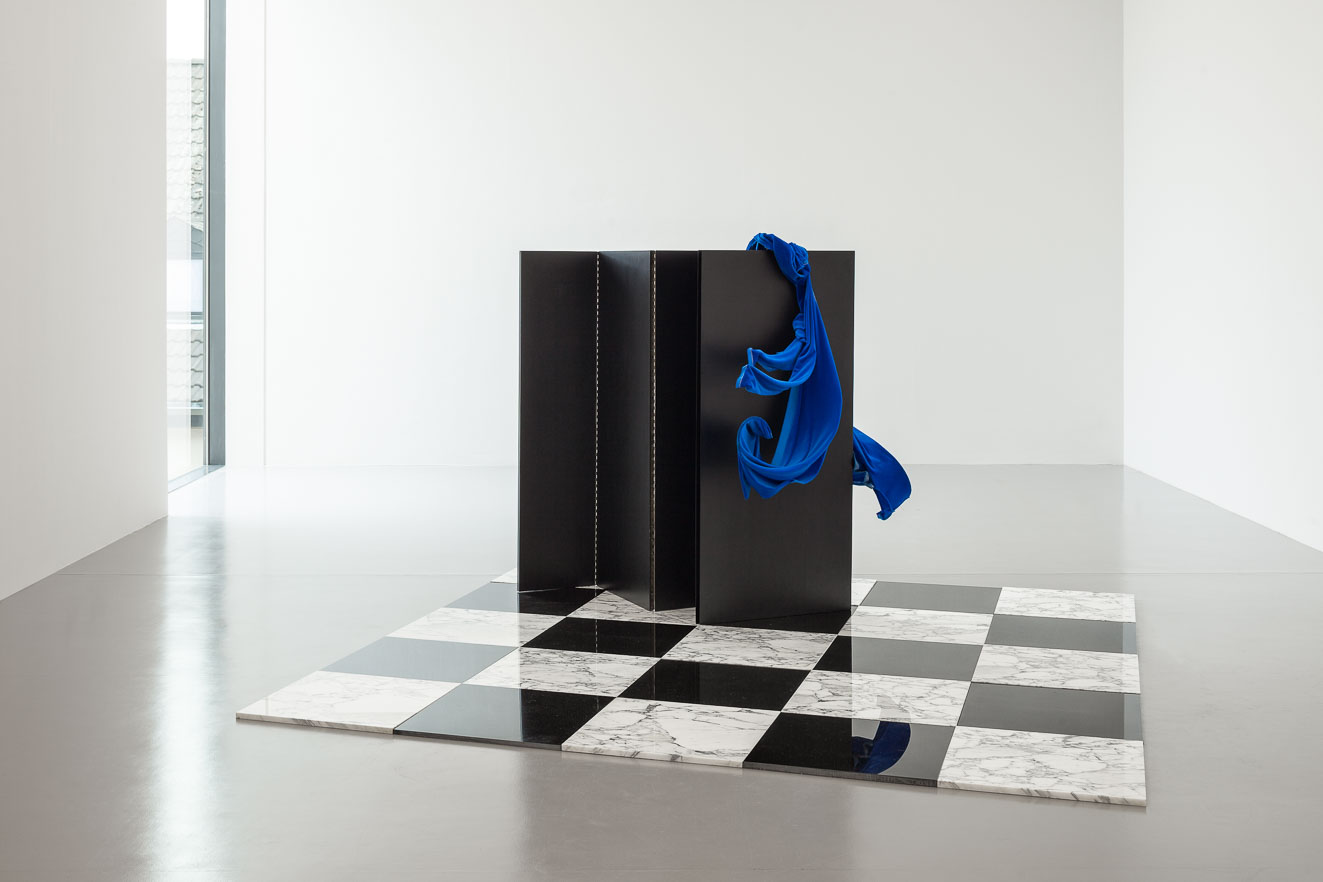 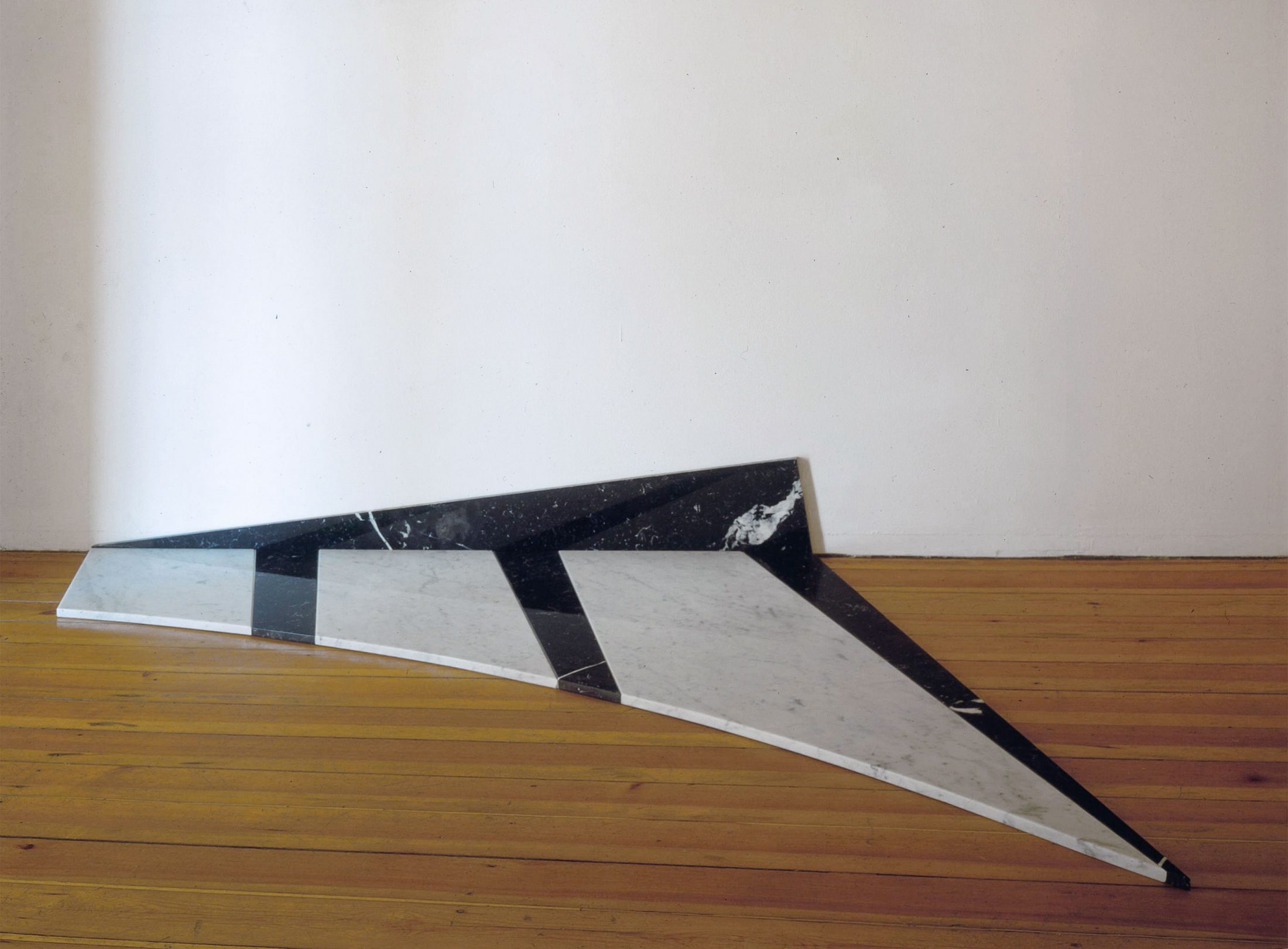 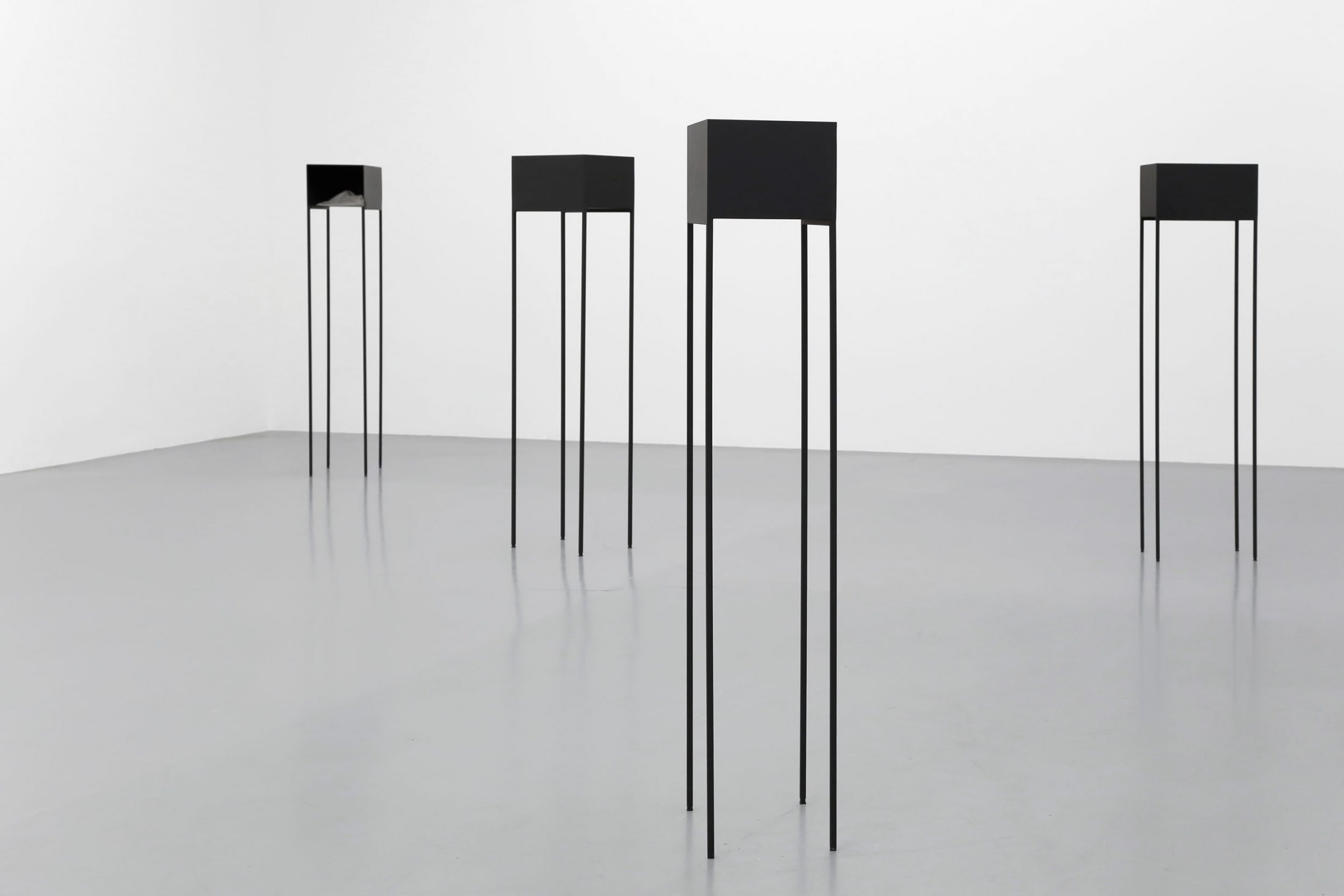 (…) In Jeux de dames (Draughts, 1987), this dialectics of absence and presence is taken even further. On a large marble draughtsboard, a black folding screen stands, on which a twisting ultramarineblue velvet drape rests. !e composition might be said to resemble a vanishing rider trying to mount a horse that has transformed into an obstacle. Movement is frozen in the manner of Umberto Boccioni’s Forme uniche della continuità nello spazio (Unique Forms of Continuity in Space, 1913), but in Dujourie’s work neither form nor content are fixable. In contrast with the strict rules of chess, in draughts the pieces can move in all directions, and Jeux de dames embodies something of that state of infinite potentiality. Whereas in Boccioni’s futurist sculpture the movement is unidirectional, in Dujourie’s installation it is unresolved; the game could go either way.

The absence of action counter-intuitively turns Dujourie’s phantasmagorical velvet series into highly active pieces that do exactly what Fried accused Minimal art of doing — perform. But in these works there is no self-su-cient form that imposes itself on the viewer. Dujourie’s transposition of the industrial, cold and masculine forms of Minimal art into ornamental, opulent and sensual fabrics evokes a more introspective search into European cultural history and its claims on religious and political supremacy.
Think, for instance, of the use of eroticism and sensuality in Baroque art. Such subversion of references, materials and forms can be seen as part of a larger postmodern deconstruction of pure form but it is also a personal bridging of austerity and vanity, of formal experimentation and psychoanalytic journeys into the unknown.

The luxurious fabrics vanish eventually in Dujourie’s work, leading to more sombre contemplation of the vanity of things. This aesthetic shift is again accompanied by a transition in materials — from the lavishness of velvet to the austerity of plaster and the rigidity of metal. The Latin phrase omnia vanitas (‘All is vanity’), often painted in seventeenth-century Dutch still lifes, points to the fruitlessness of humankind’s efforts in this world.

In Dujourie’s series Kabinetten (Cabinets, 1992-93), a similar preoccupation with the transitory aspect of human satisfaction can be found. In this sober and delicate installation, plaster-cast cloths are tucked inside small, black metal boxes standing on tall, thin legs; they look something like a tomb, a drawer or a magician’s toolbox, suggesting both entrapment and liberation, the end of things and pure potentiality. 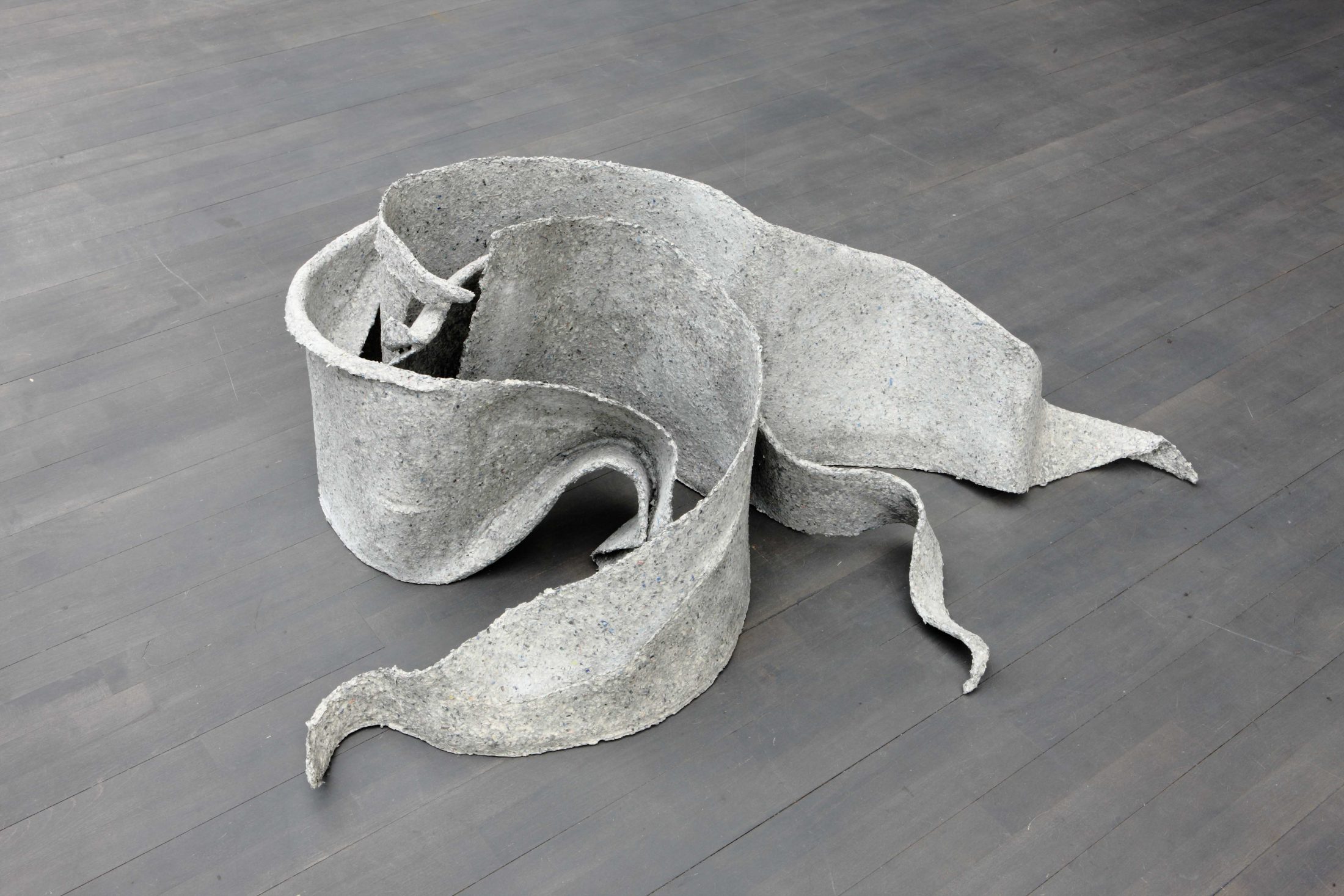 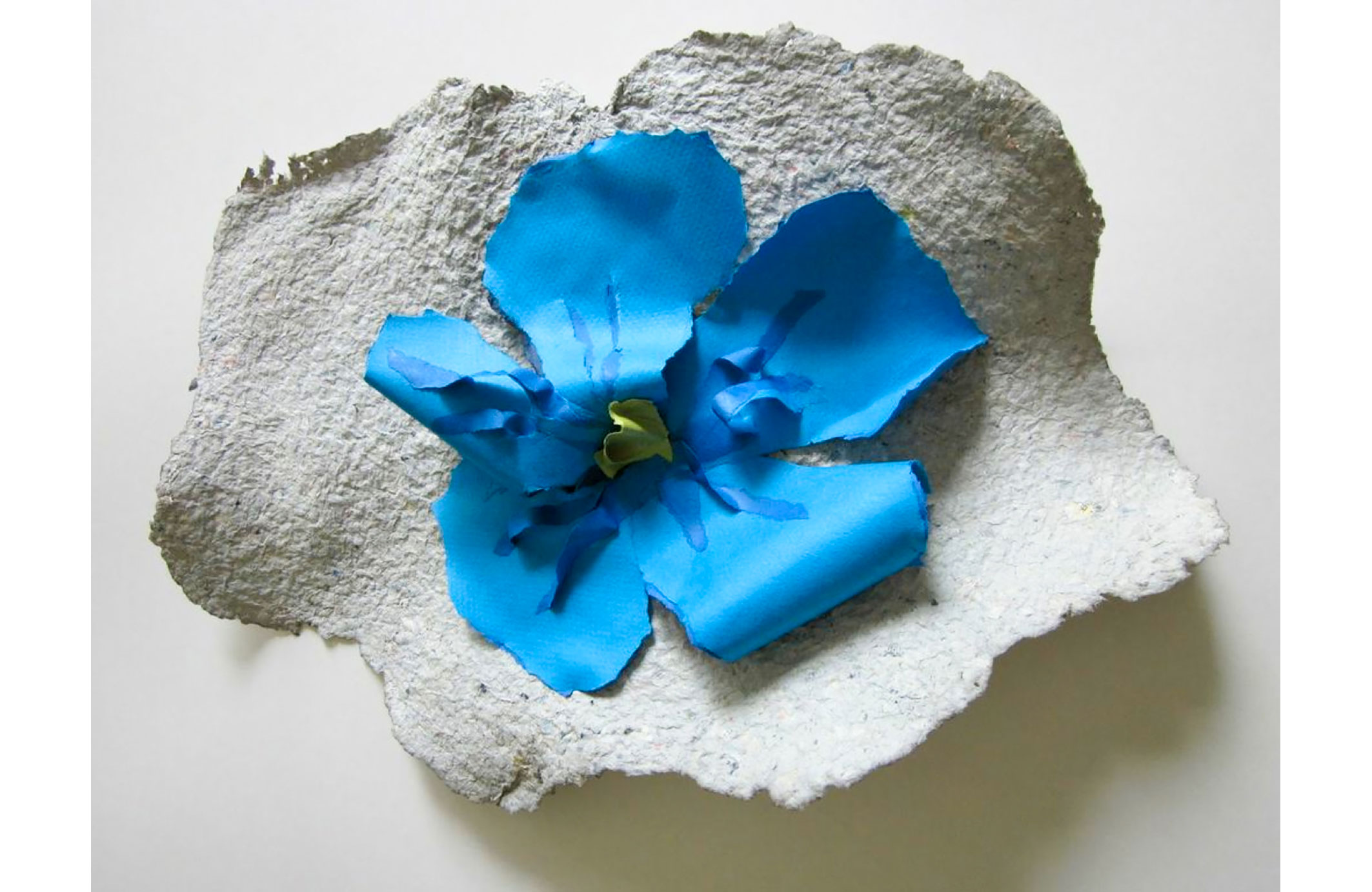 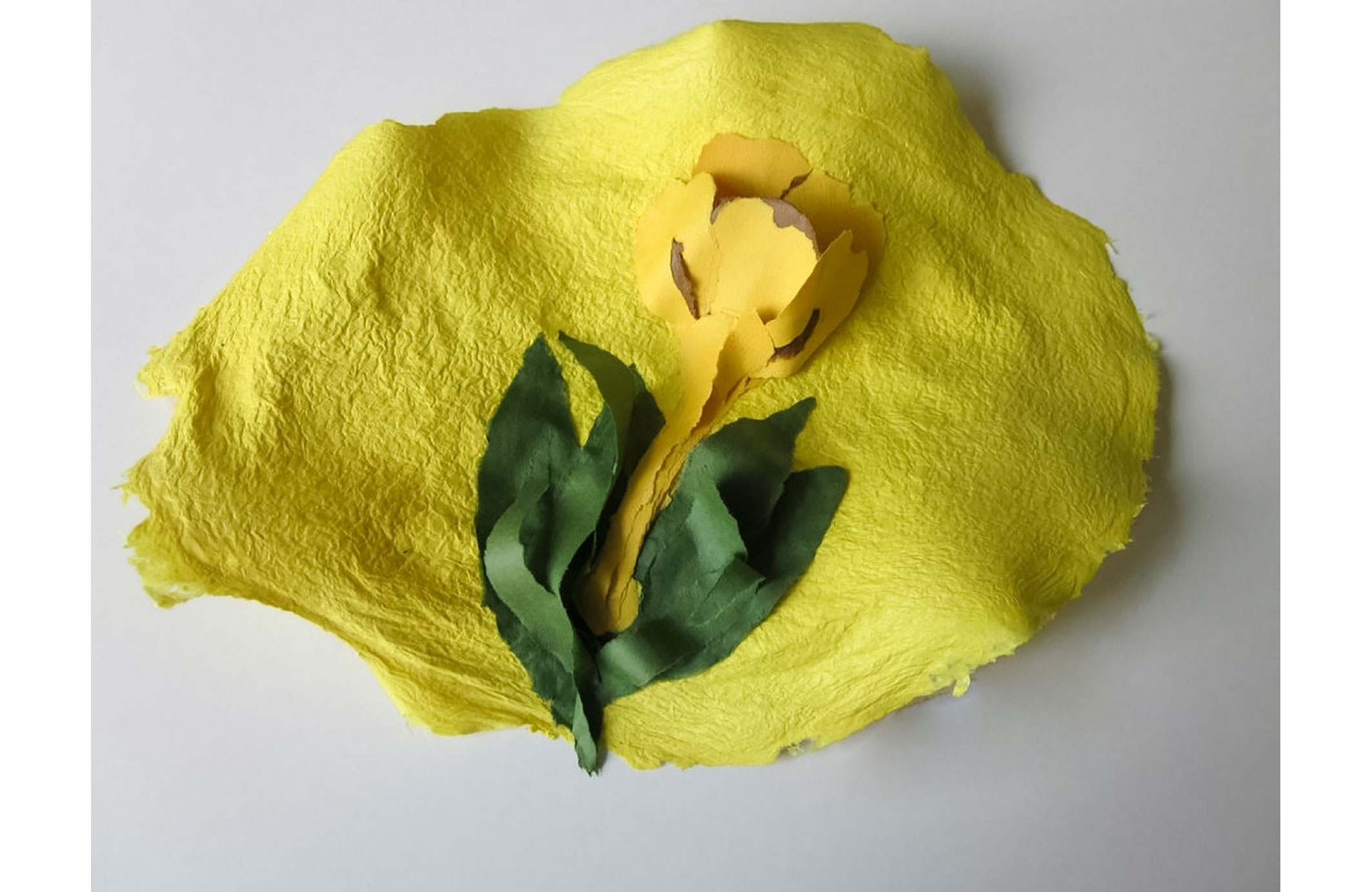 Lili Dujourie’s work is currently on view in the group exhibition
Another Energy: Power to Continue Challenging – 16 Women Artists from around the World