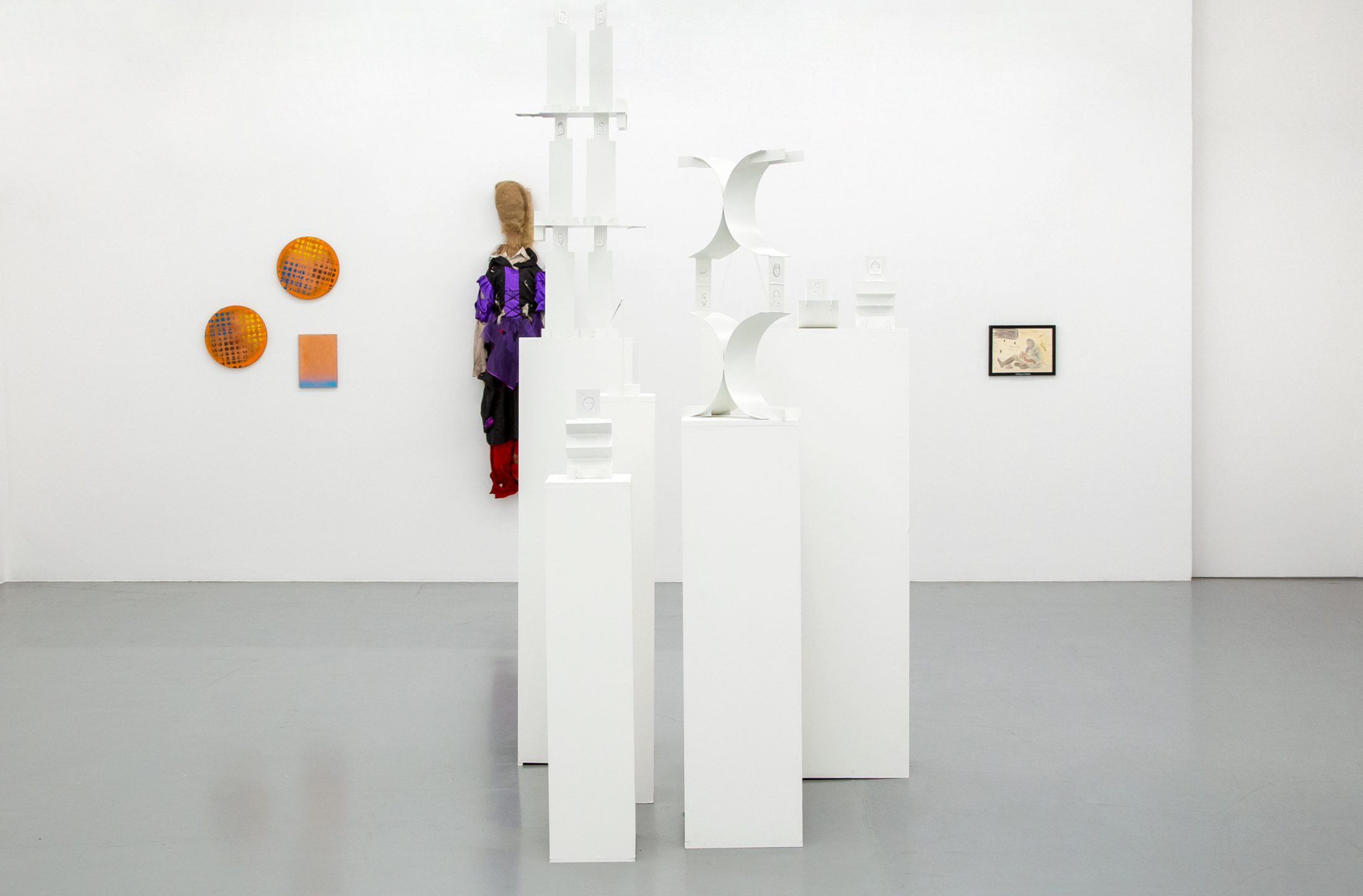 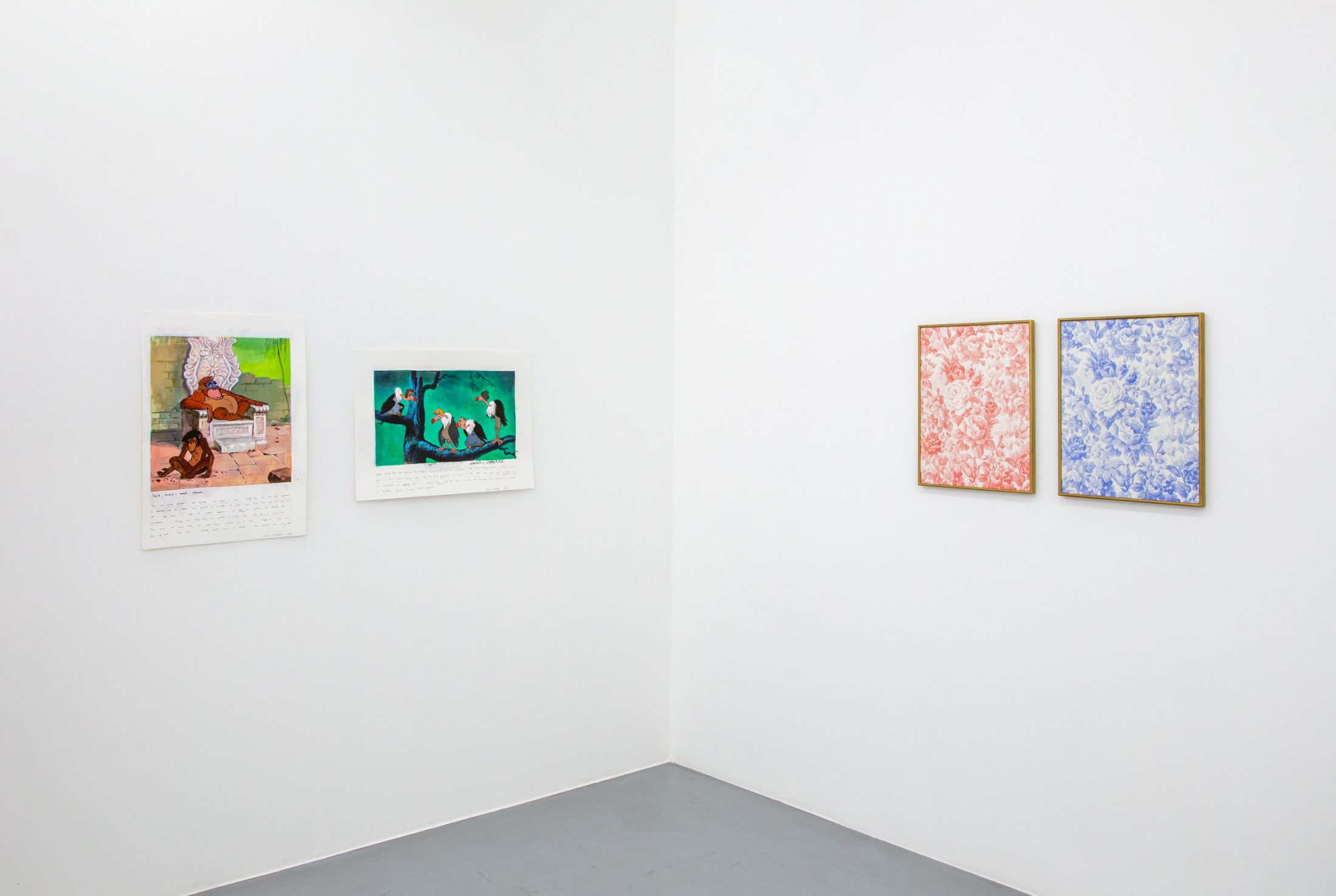 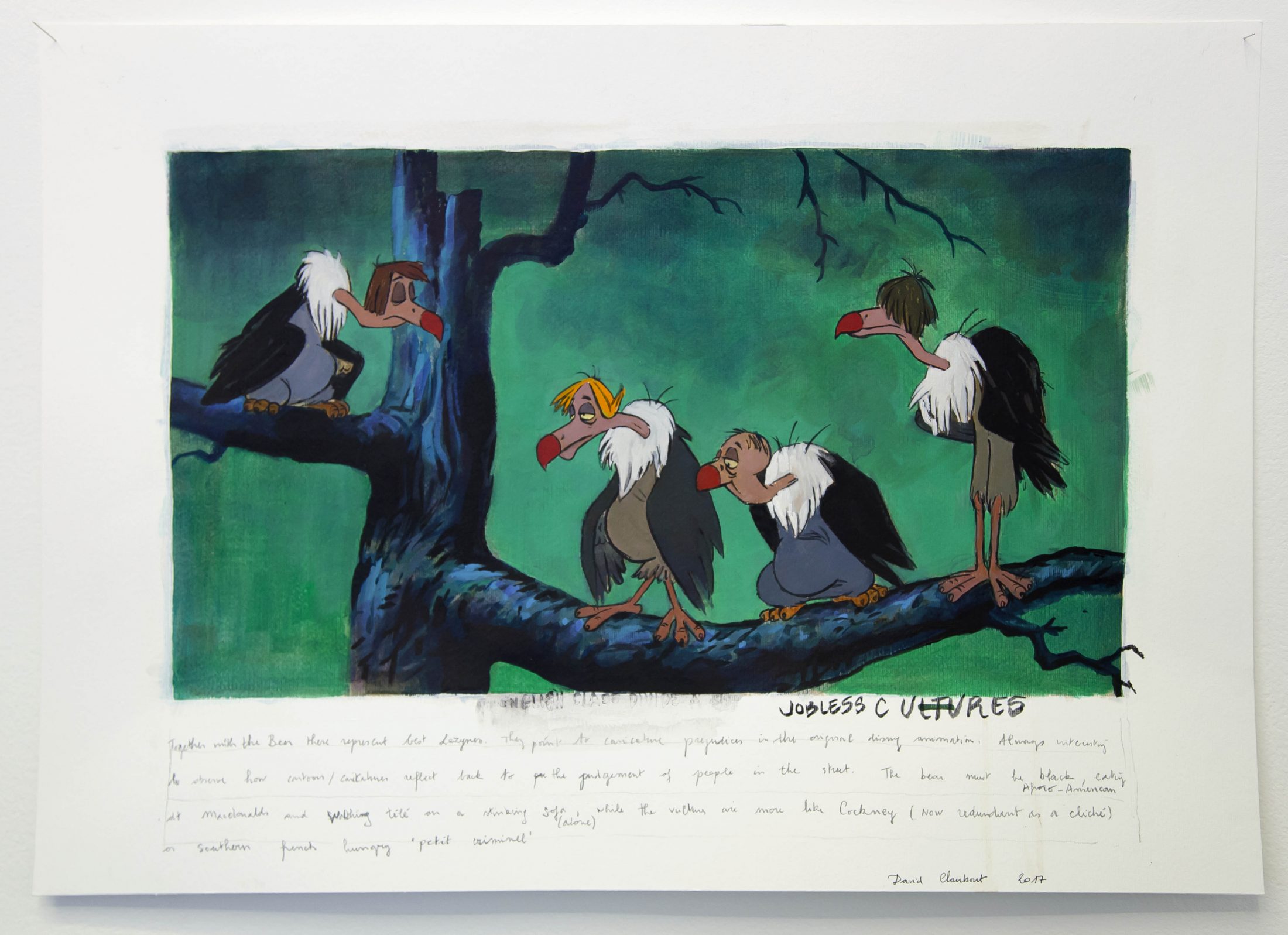 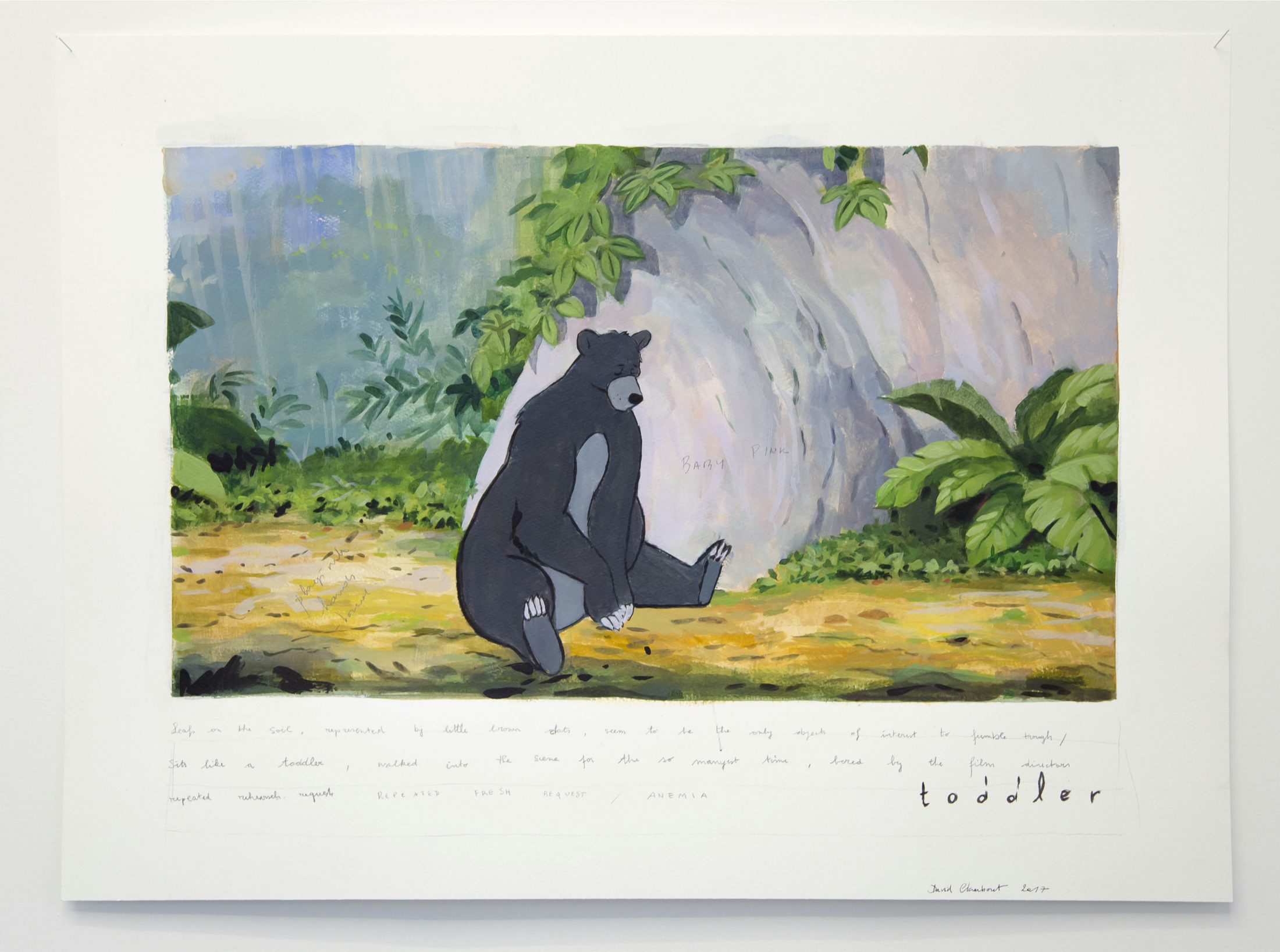 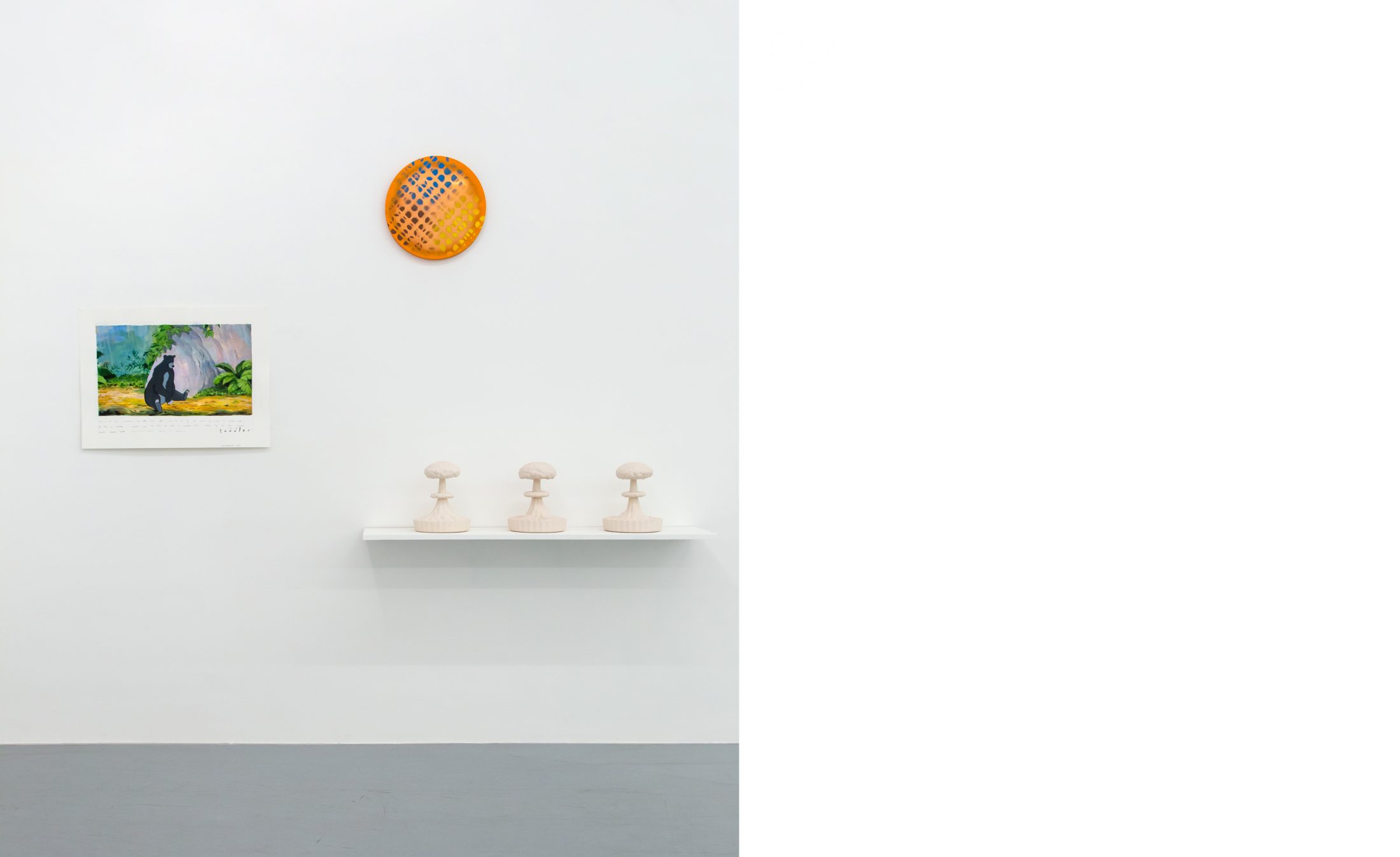 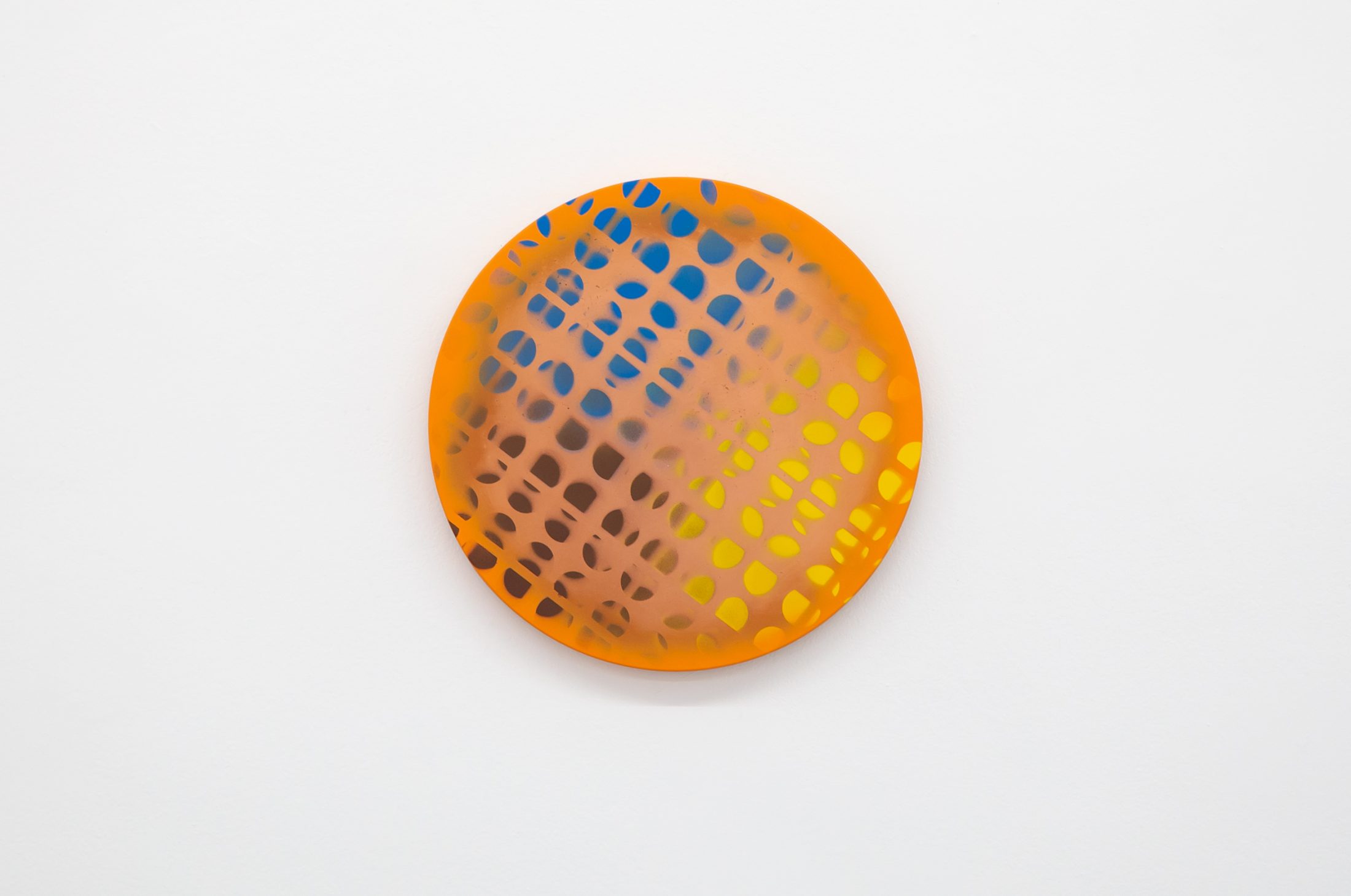 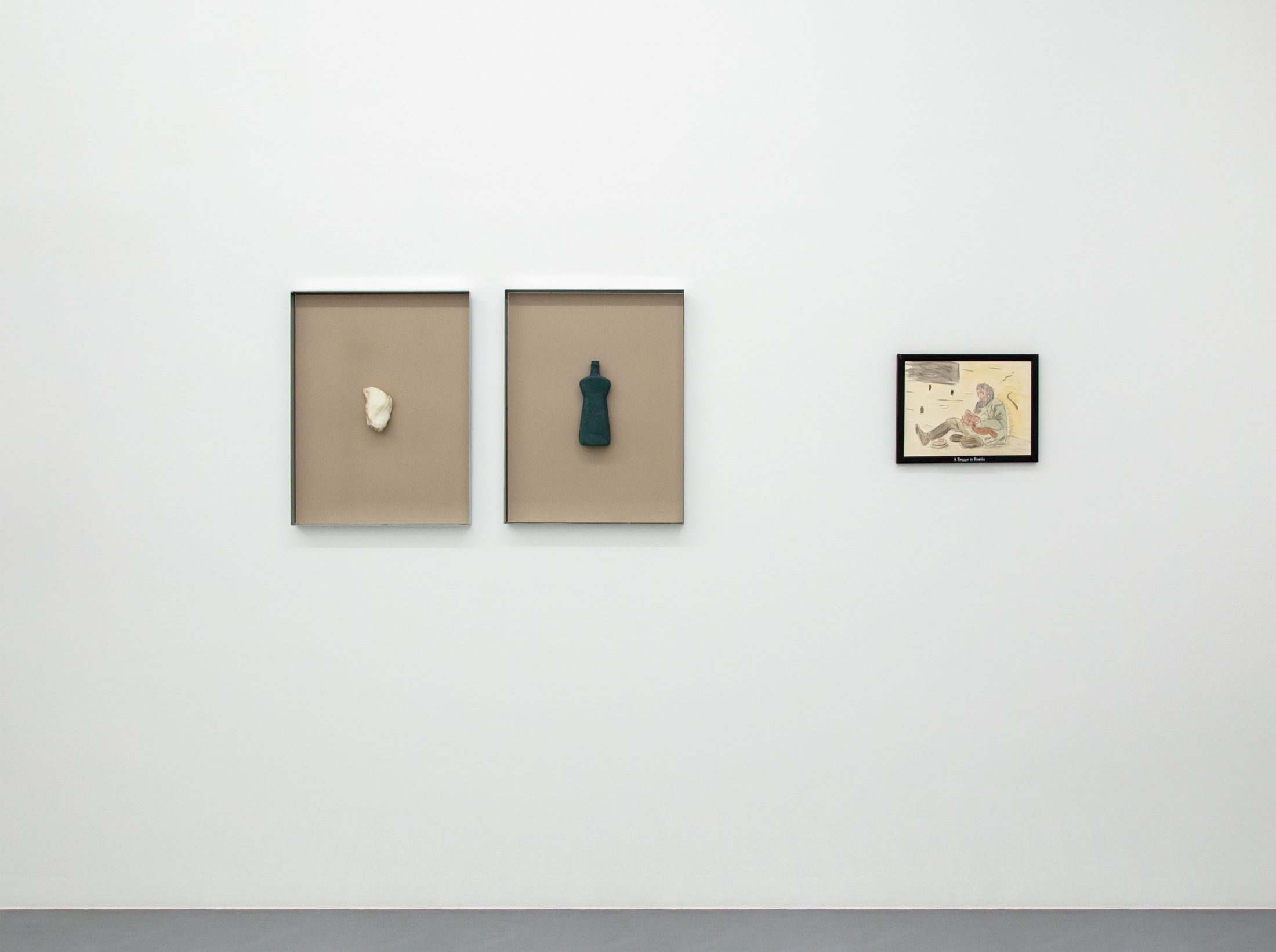 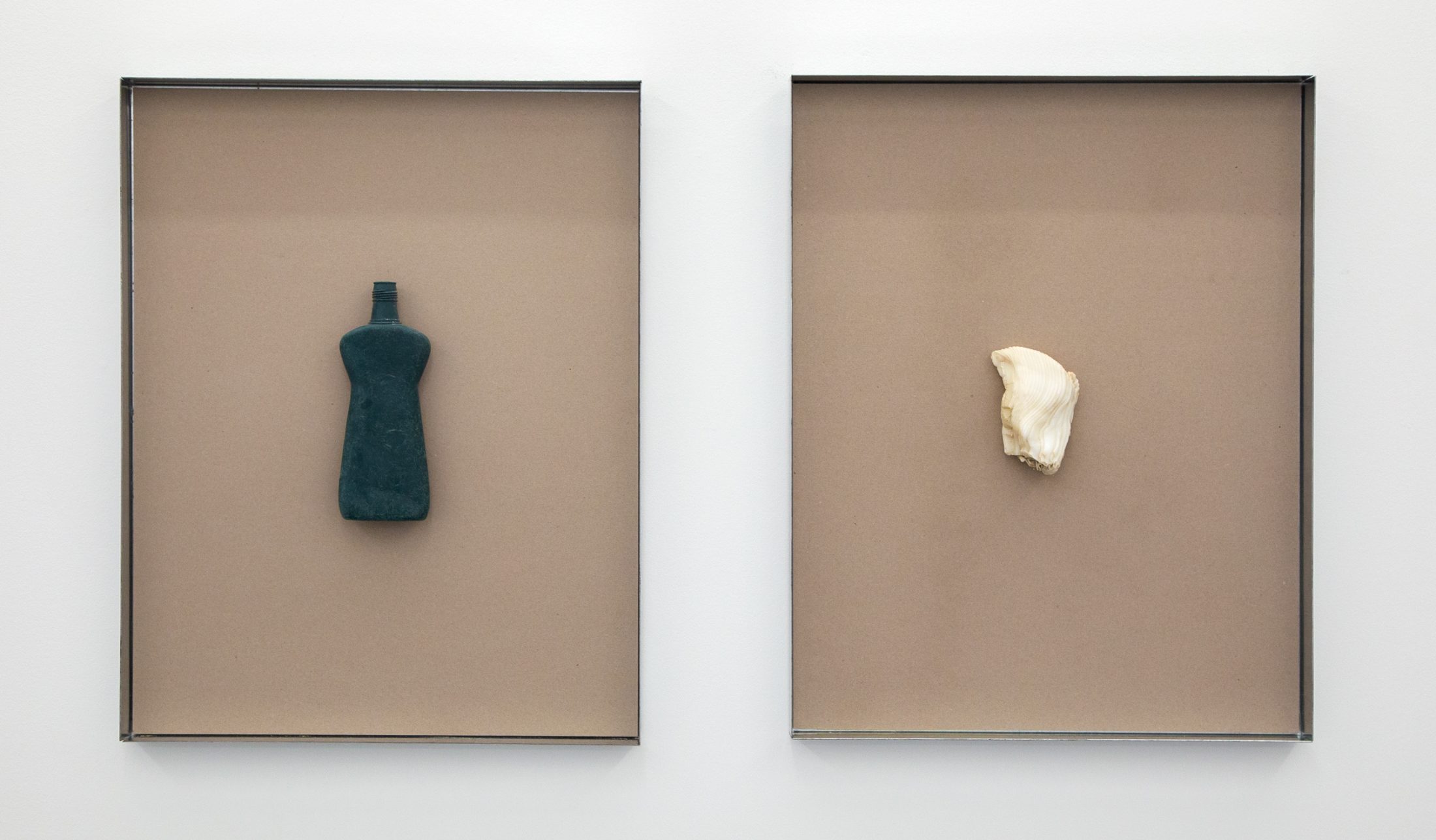 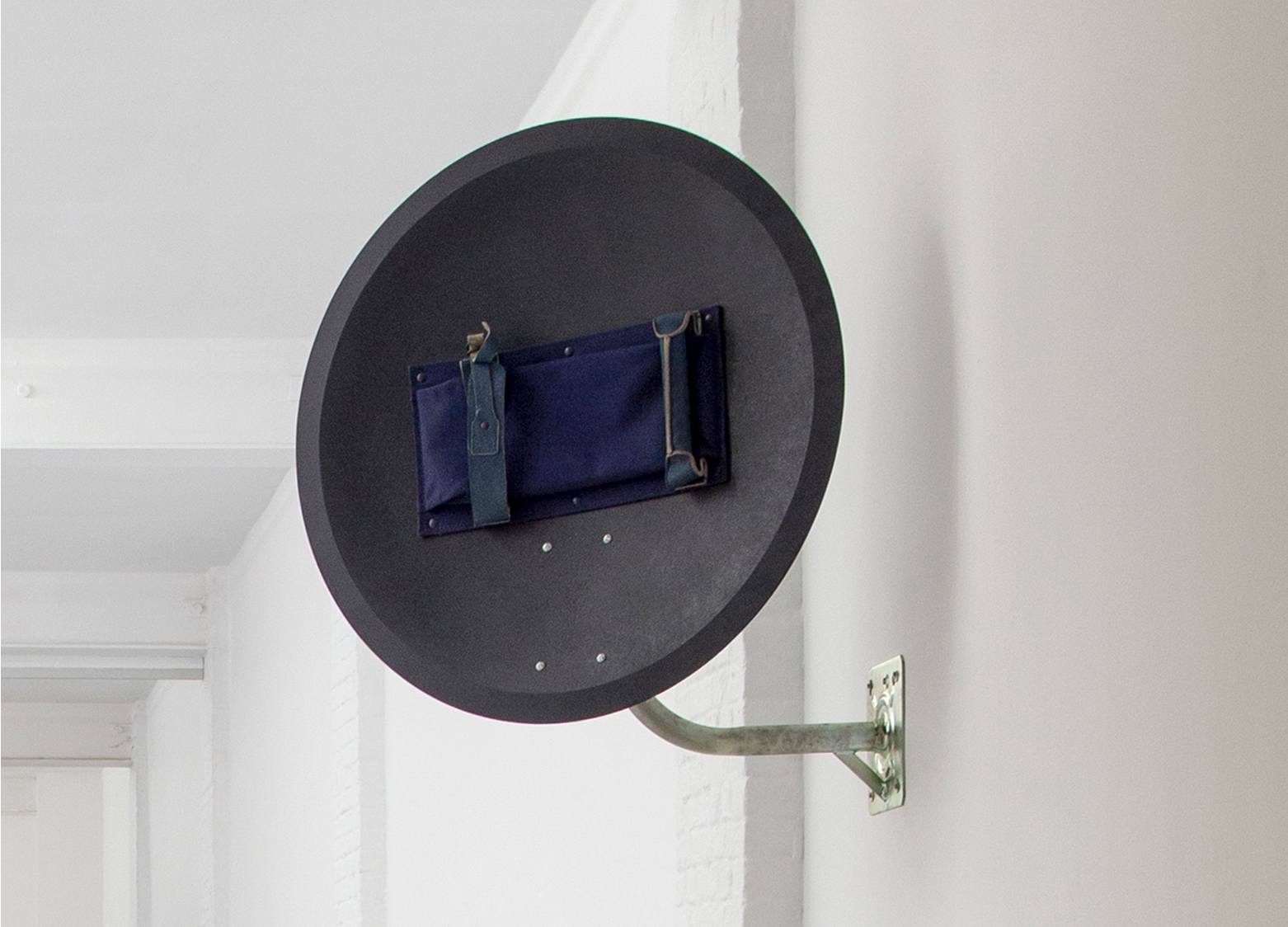 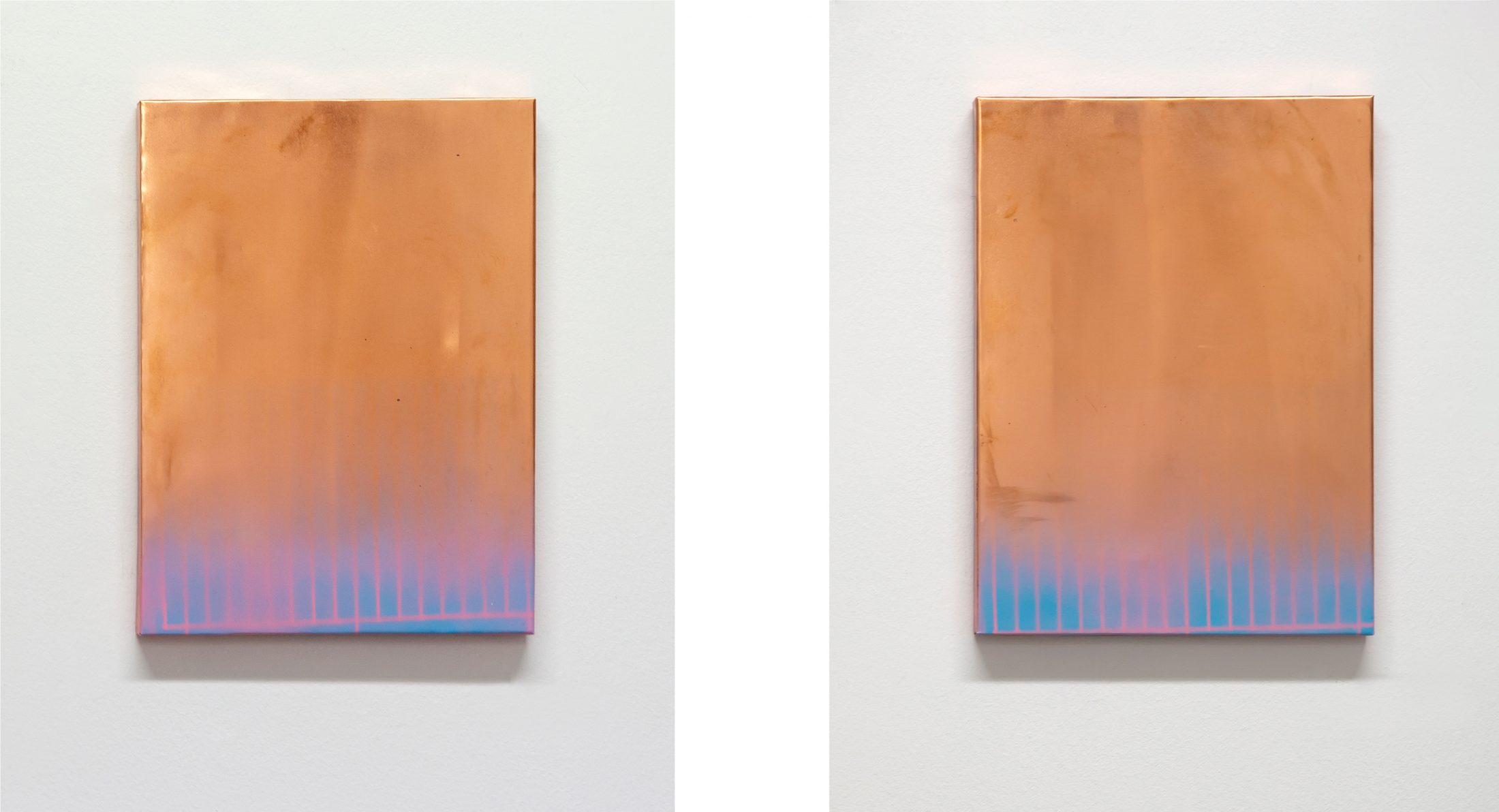 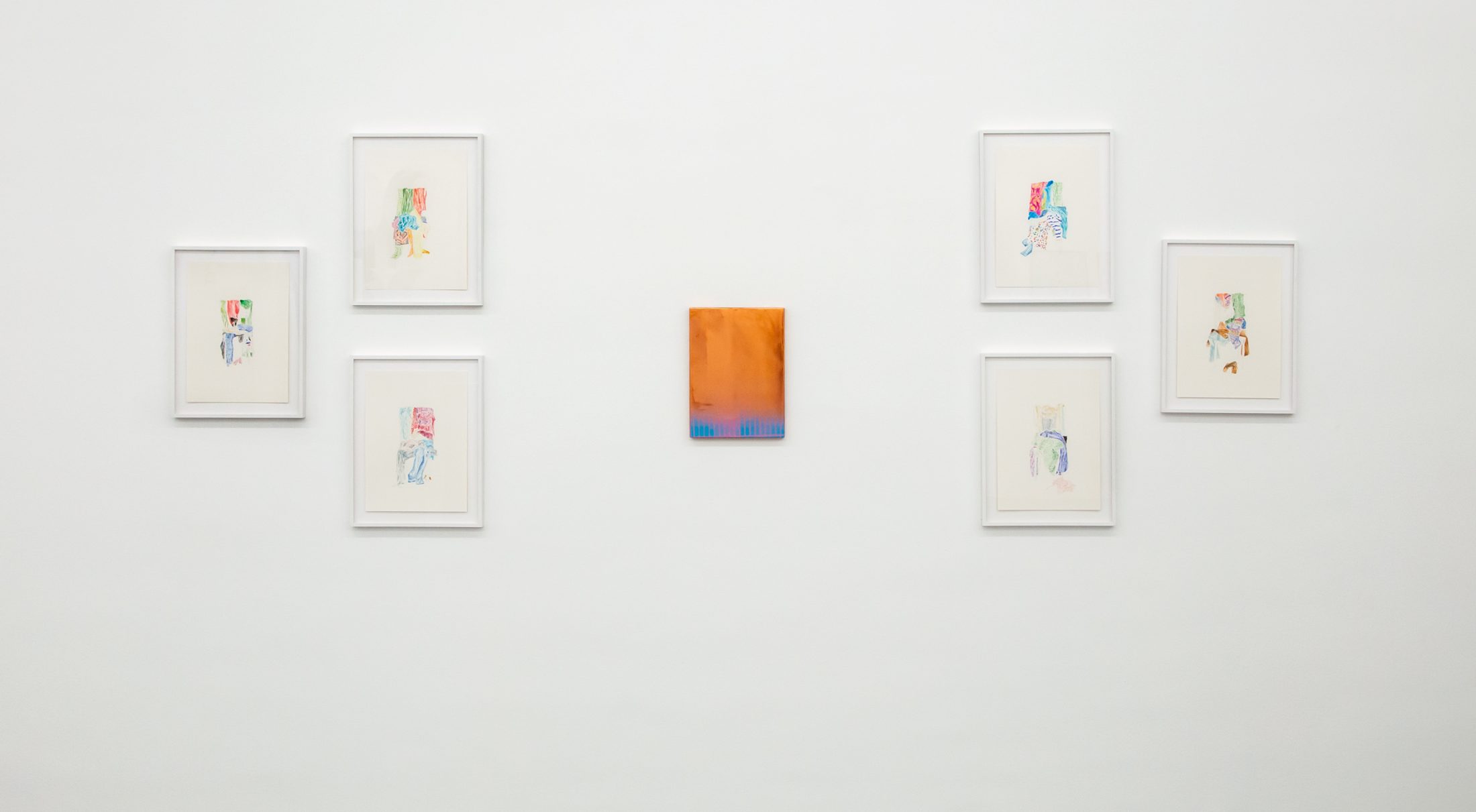 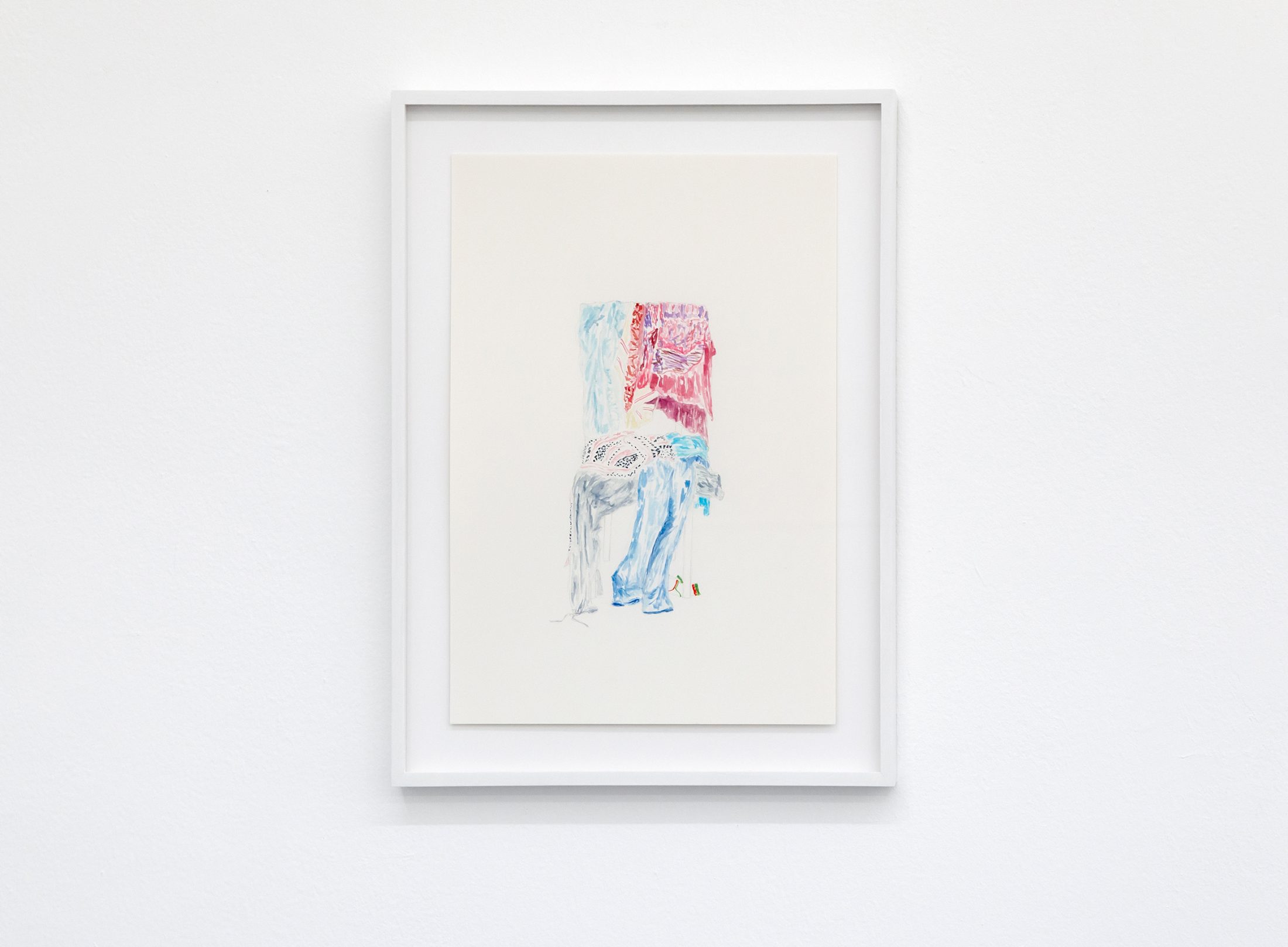 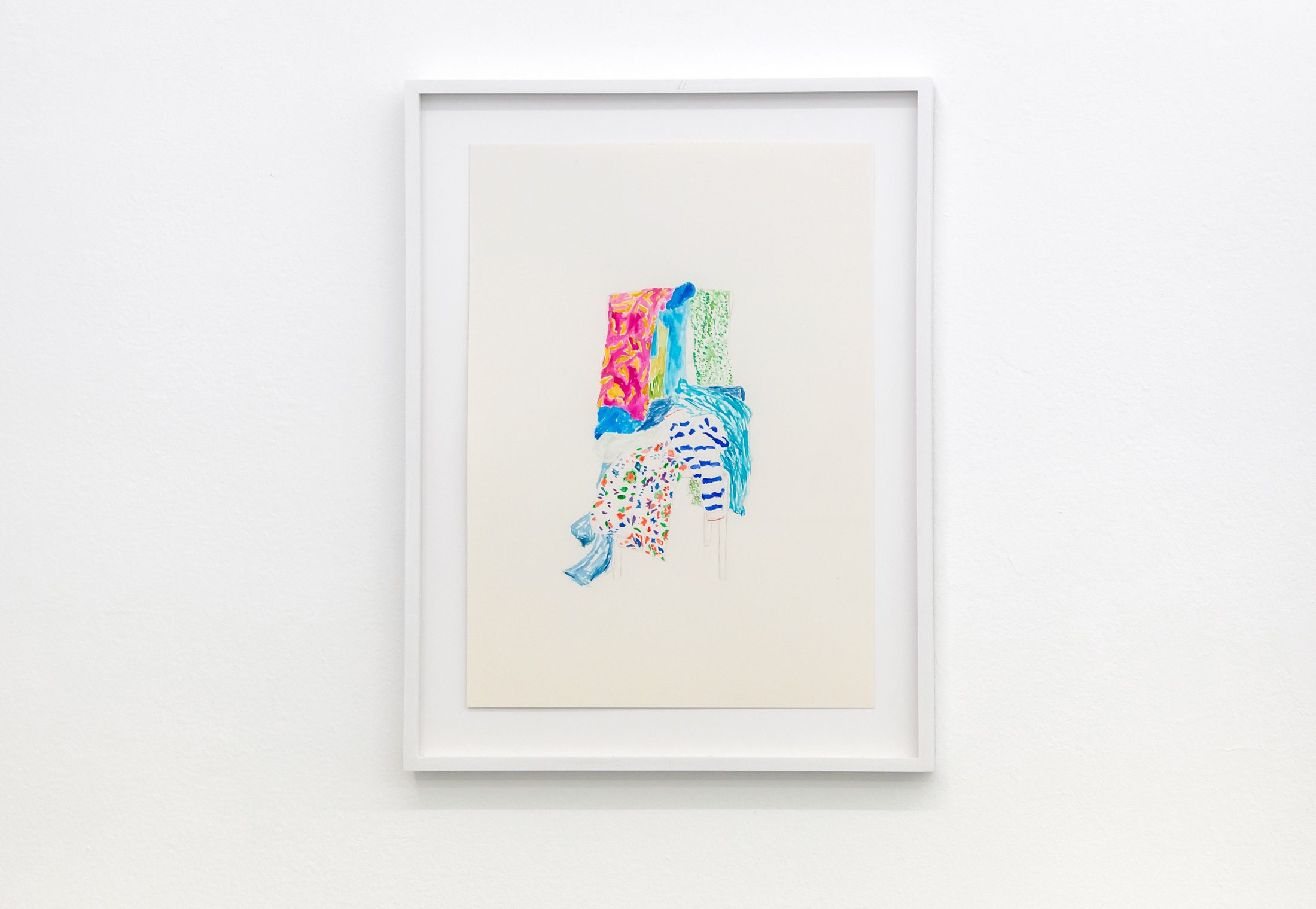 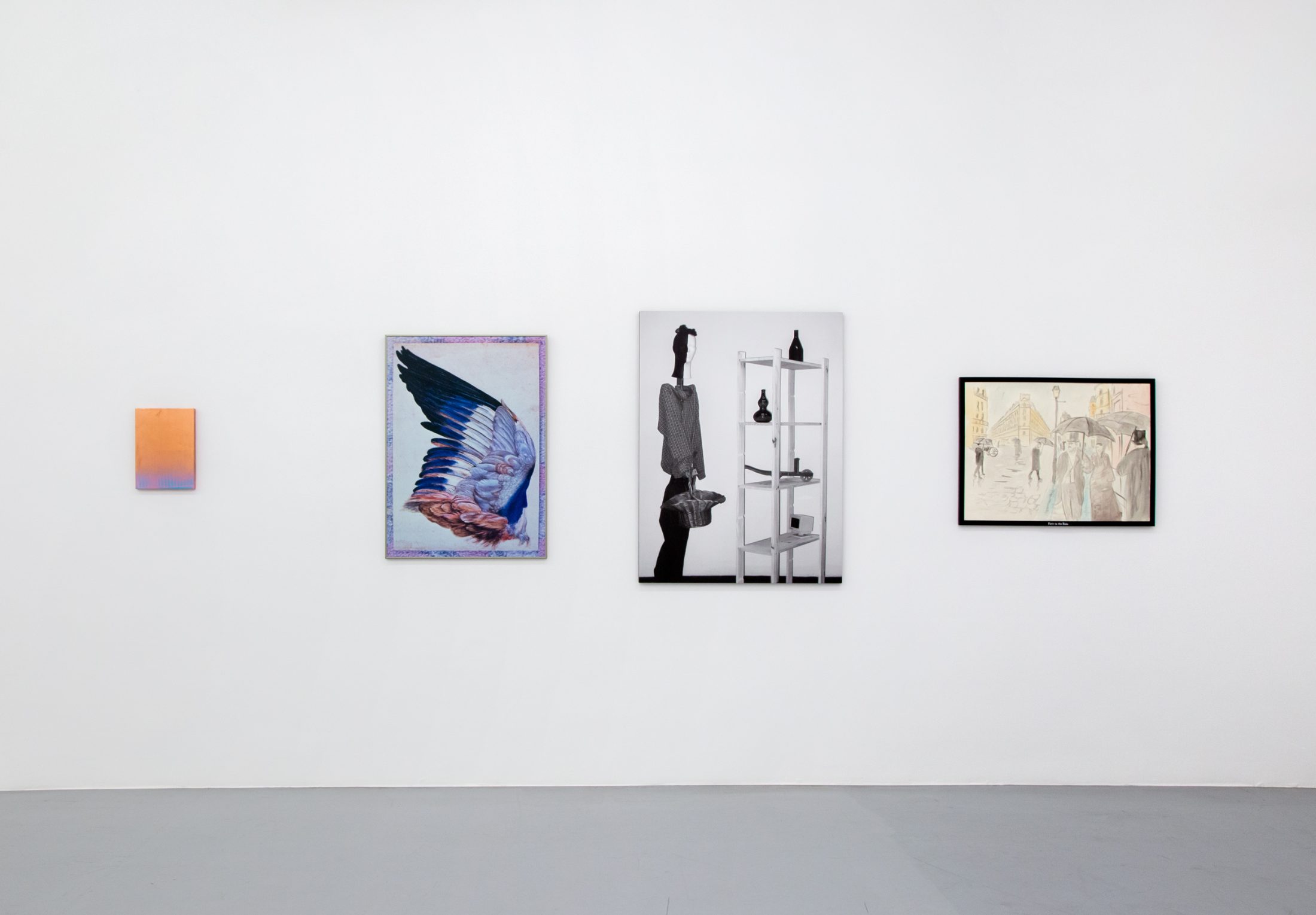 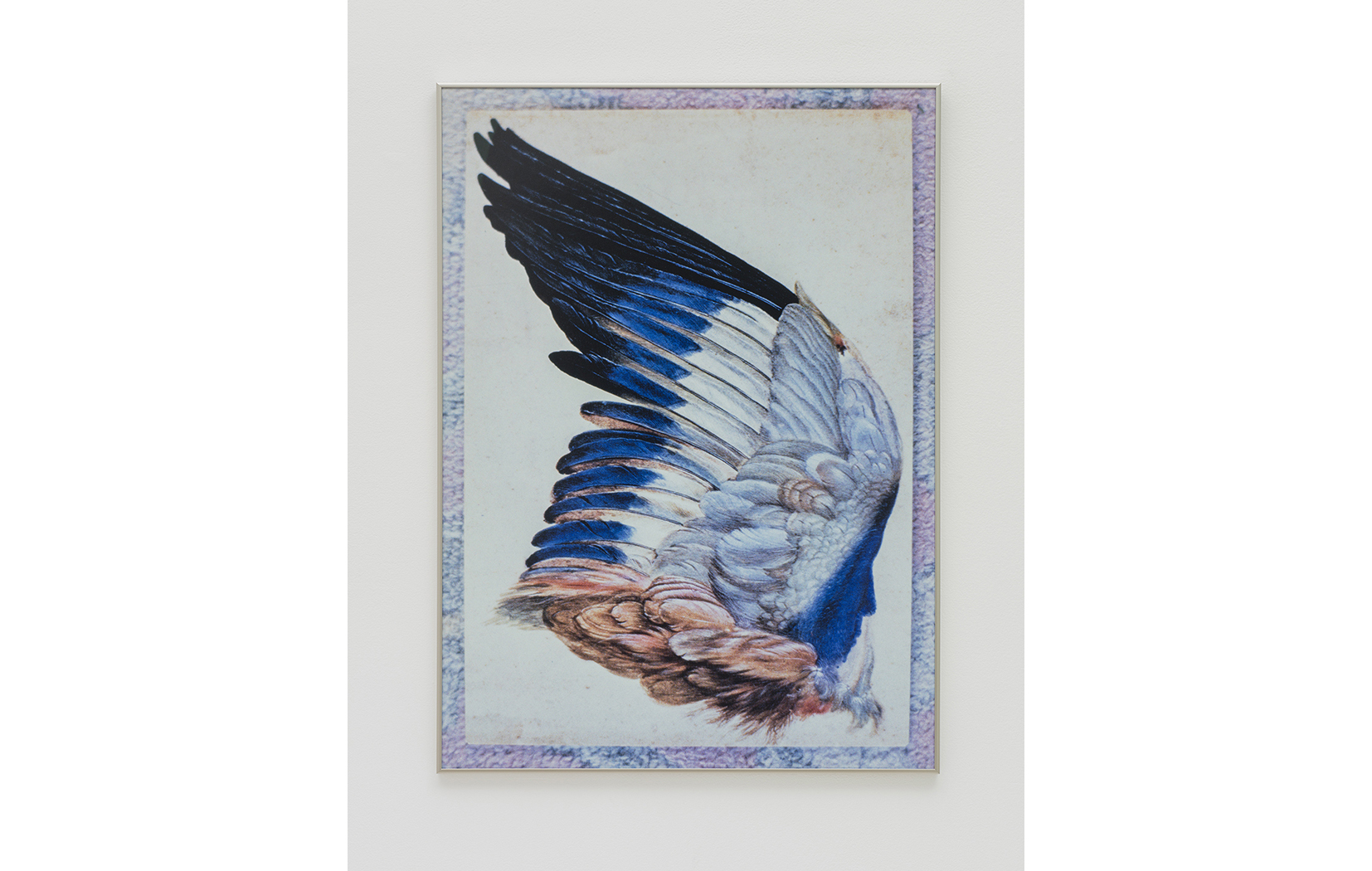 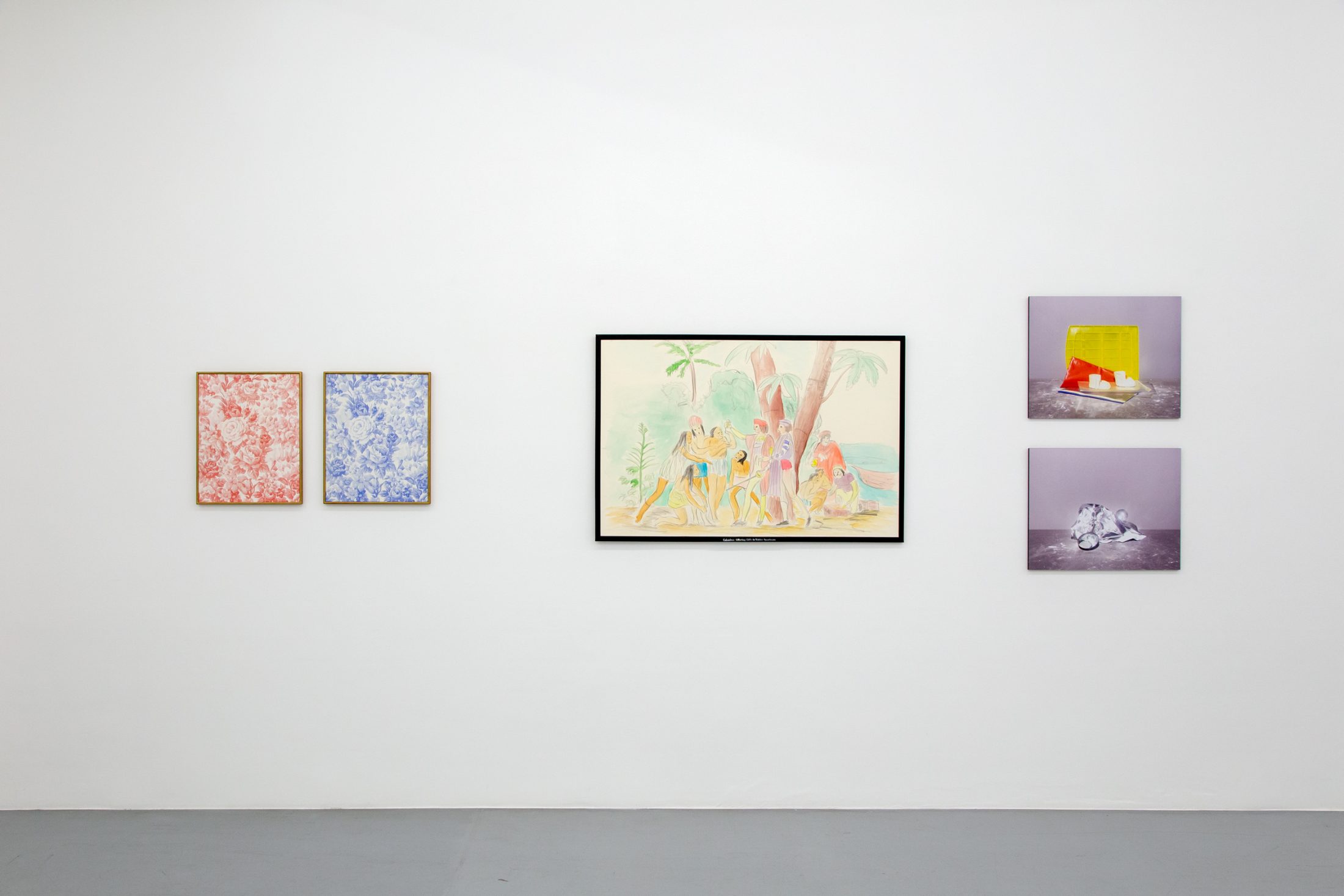 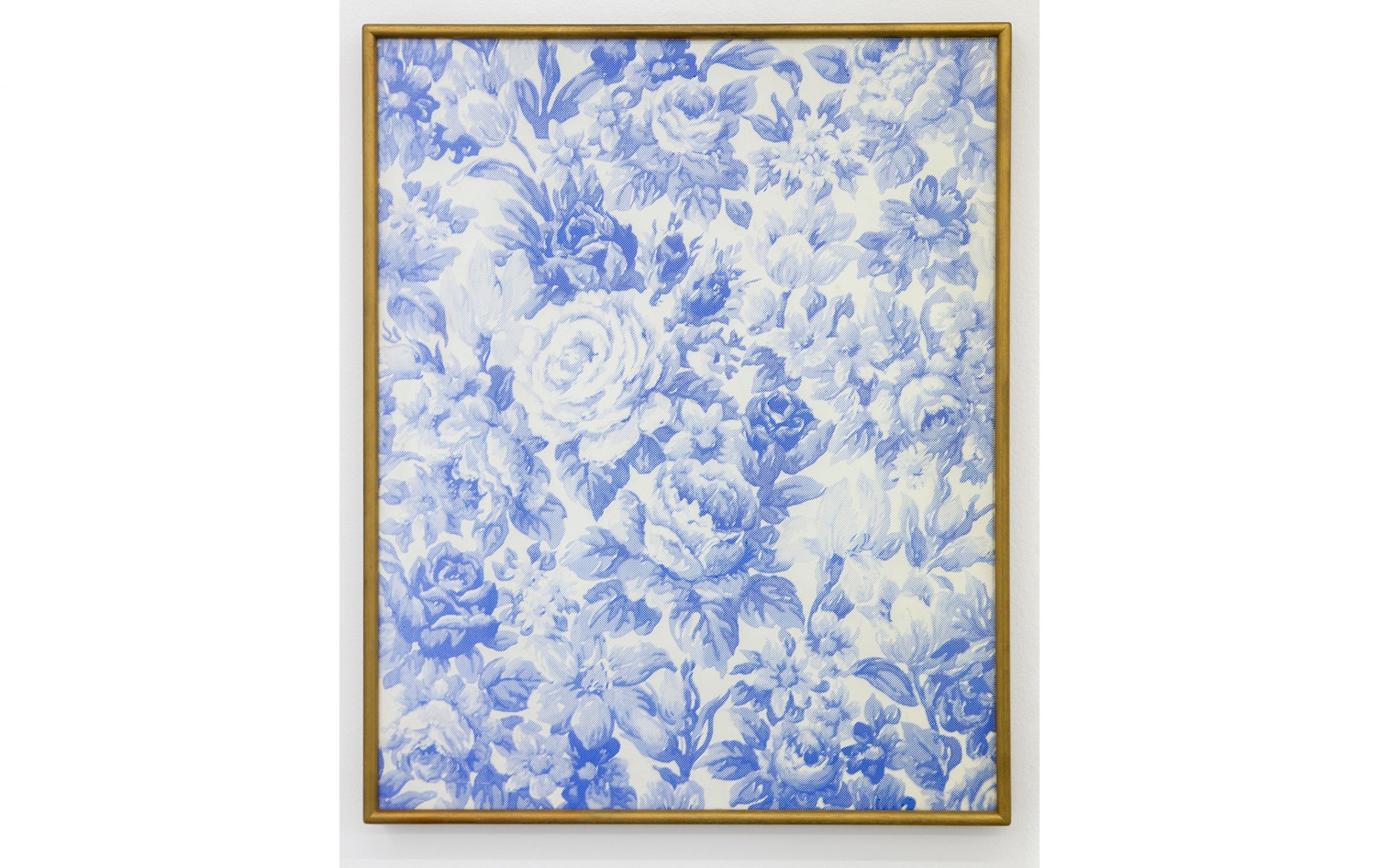 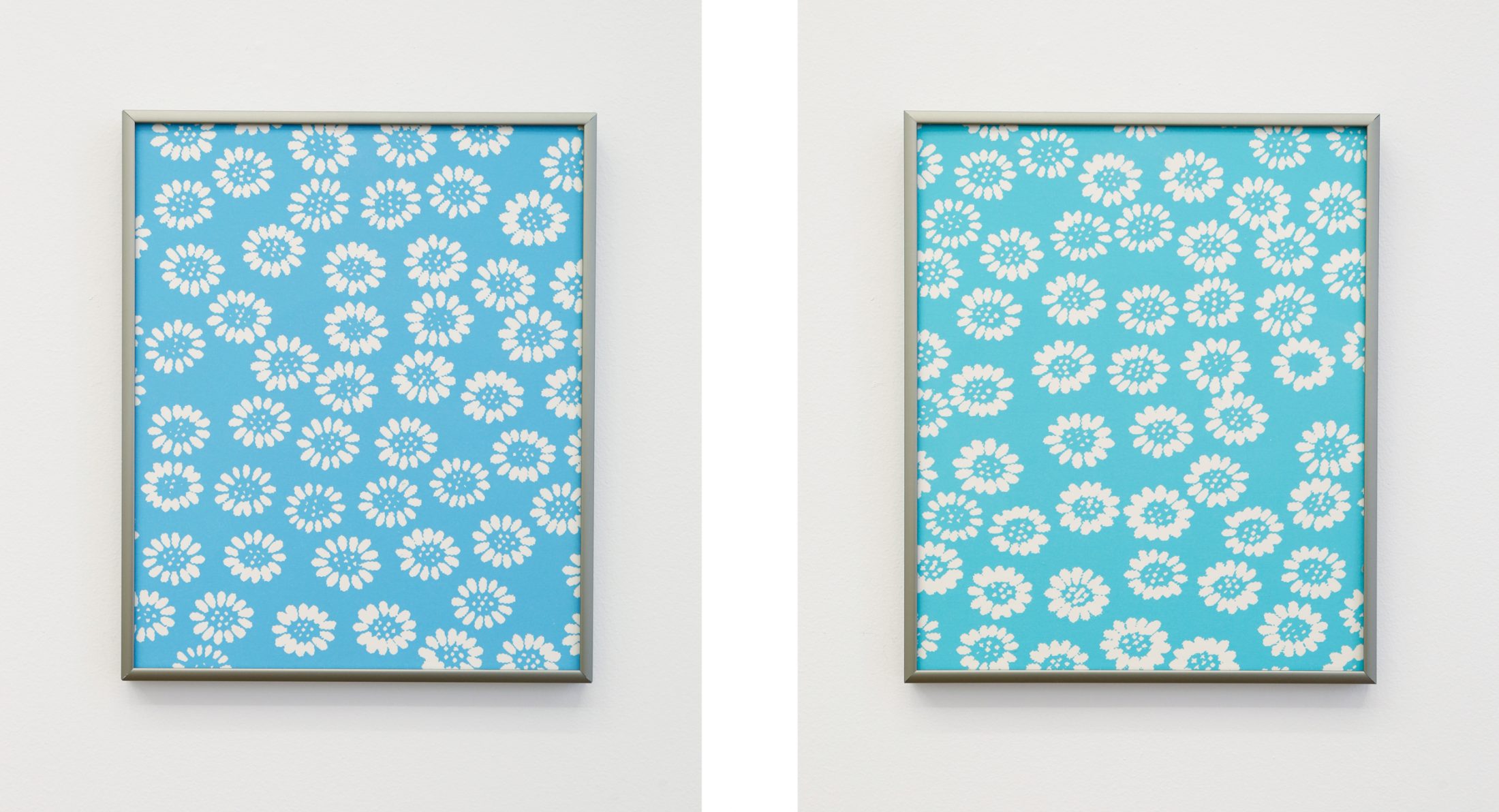 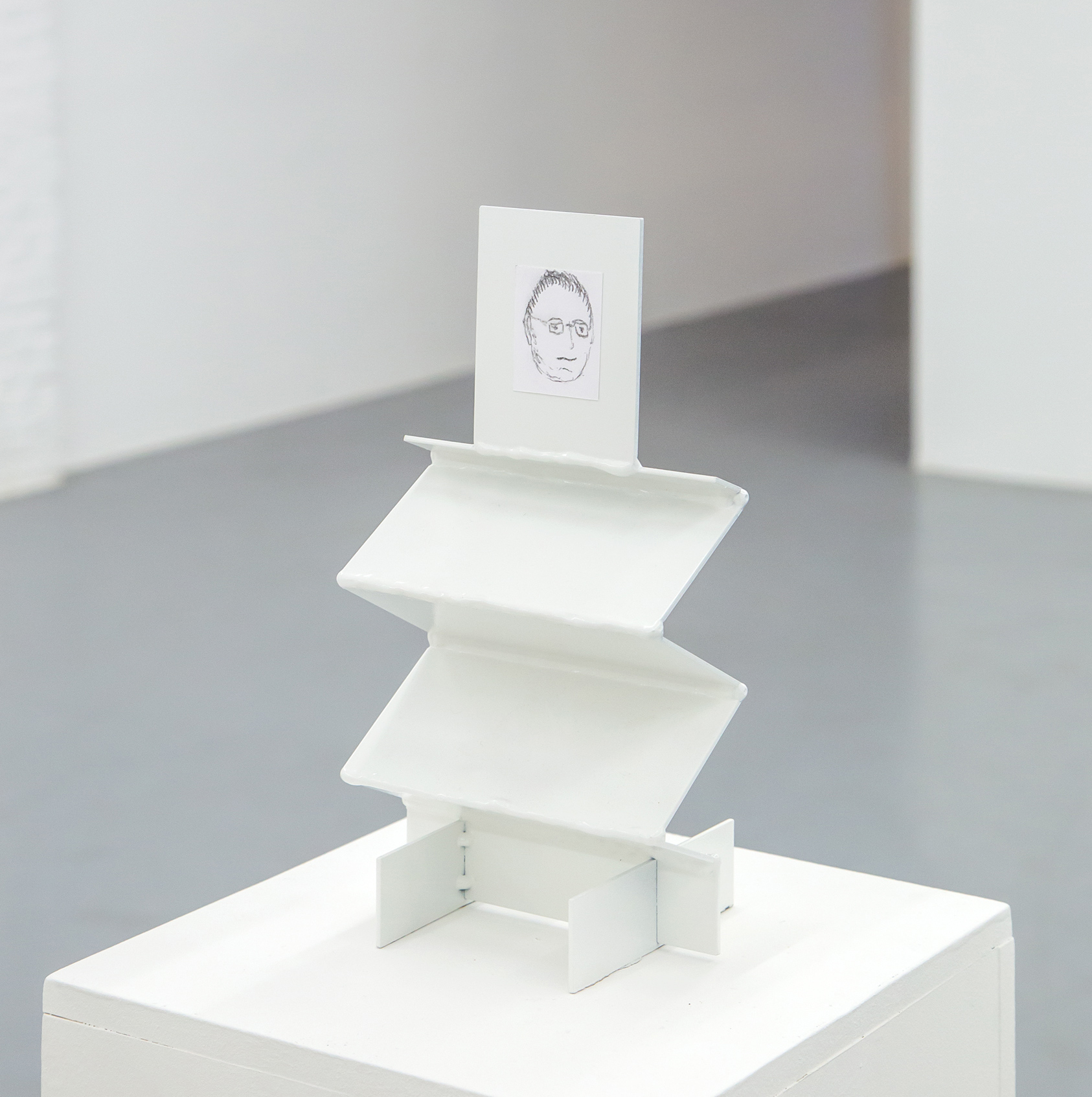 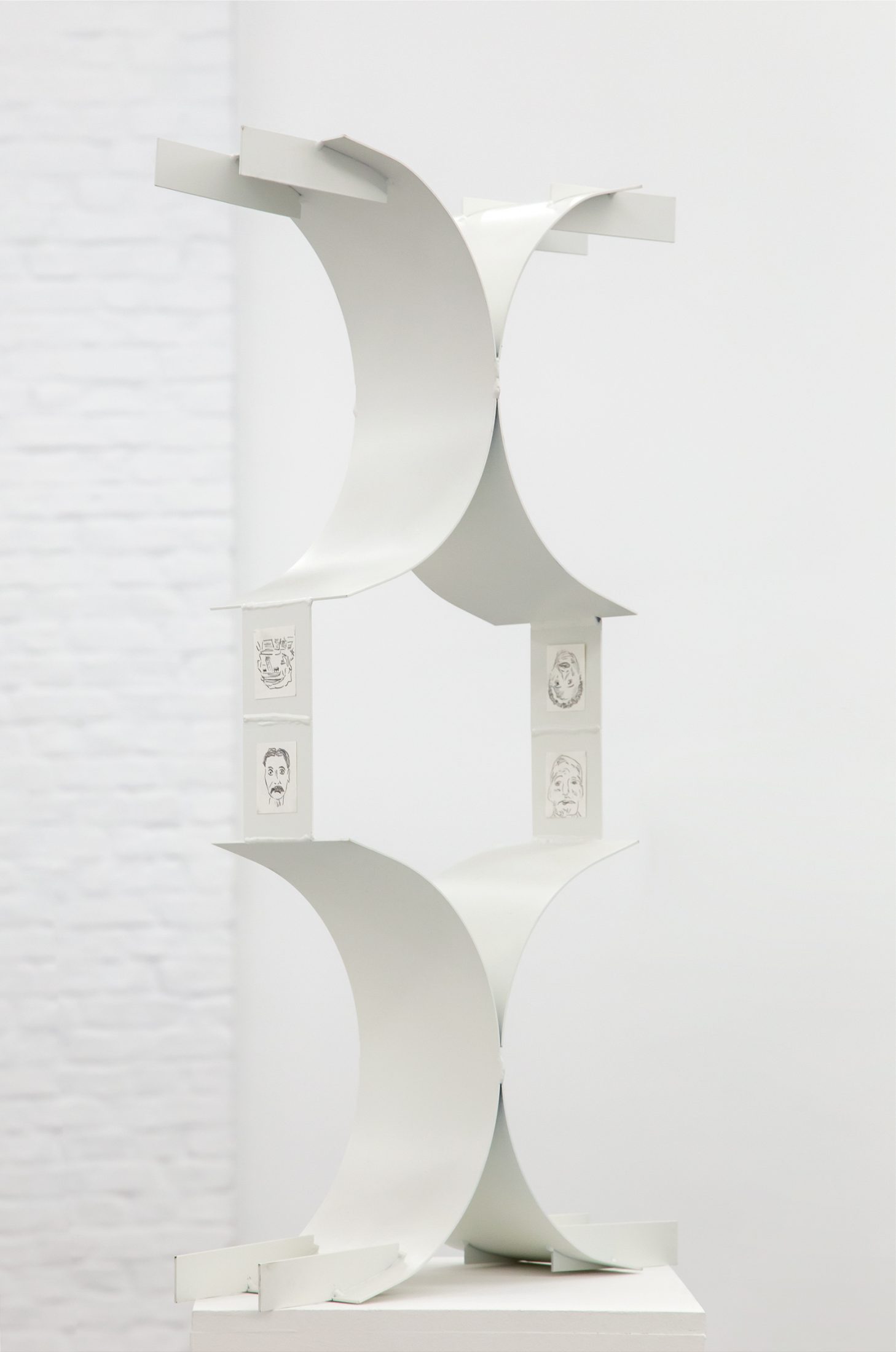 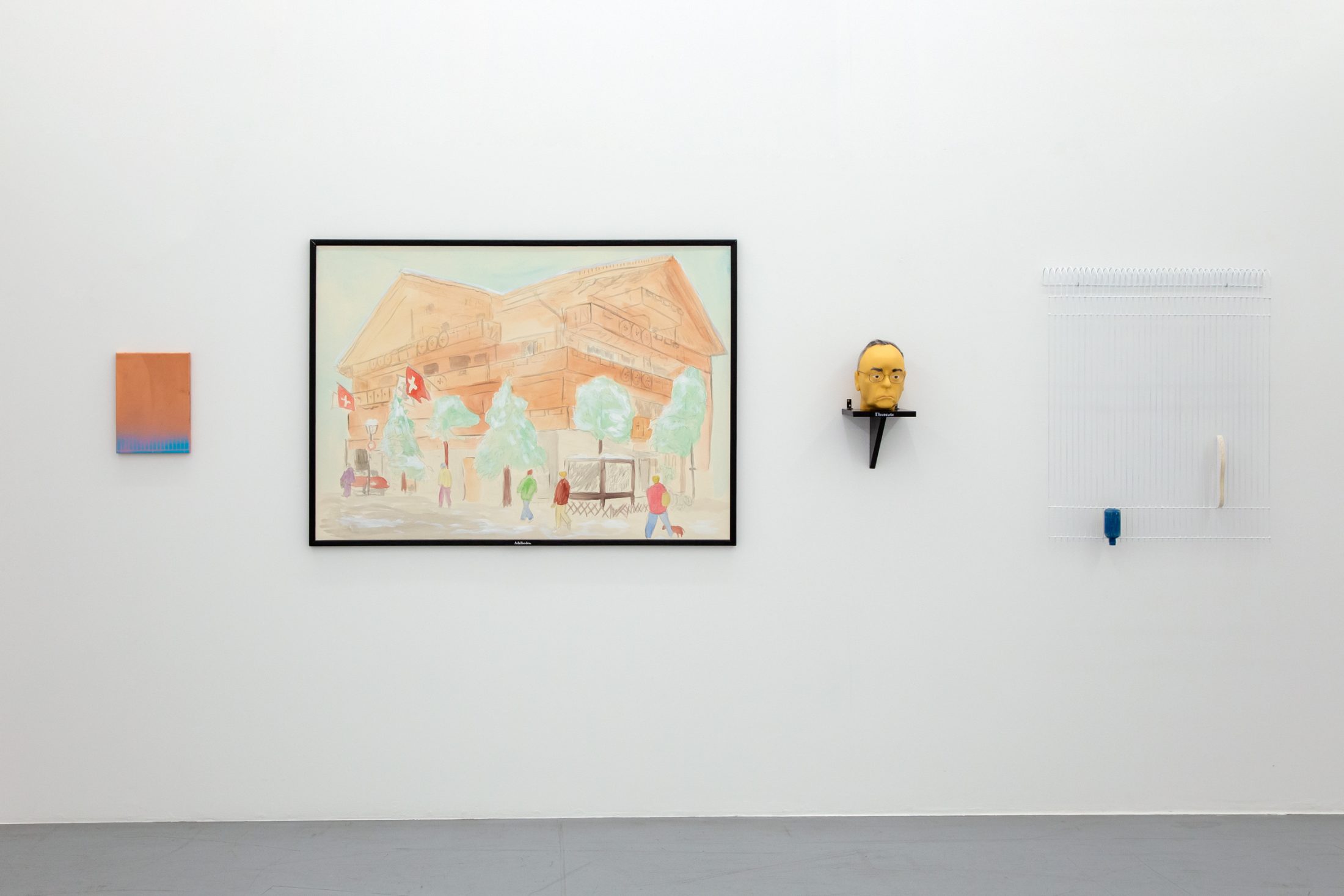 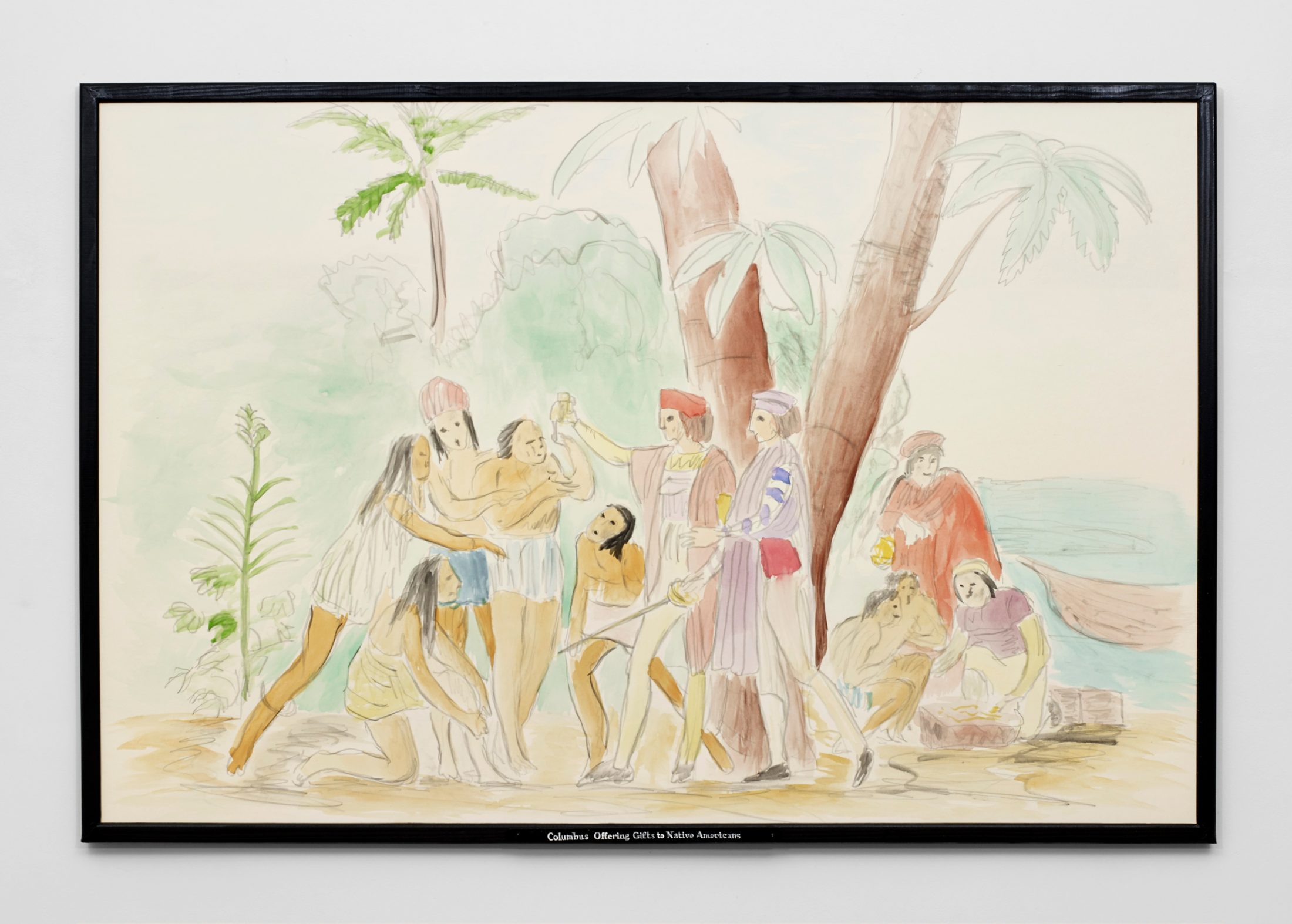 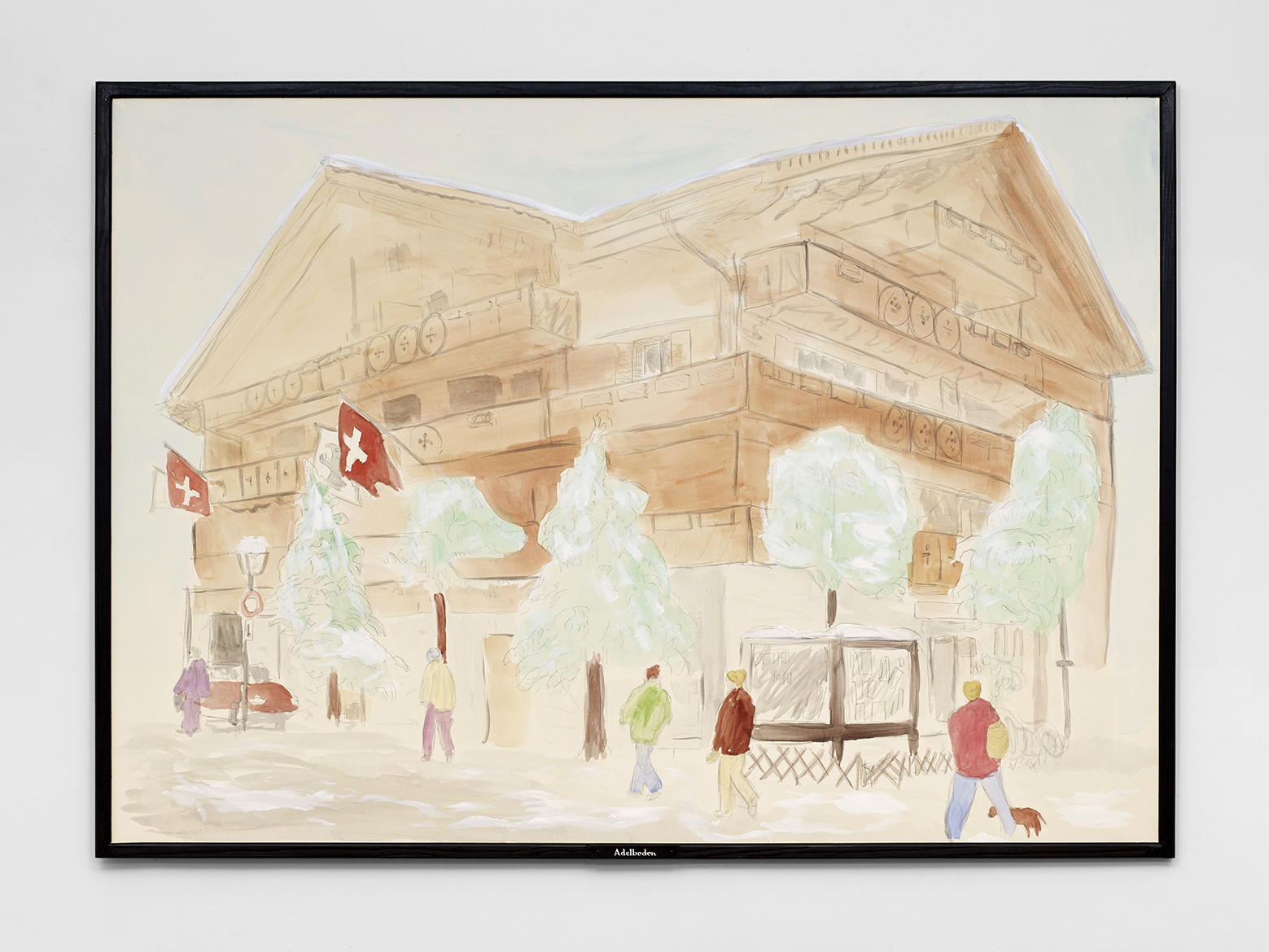 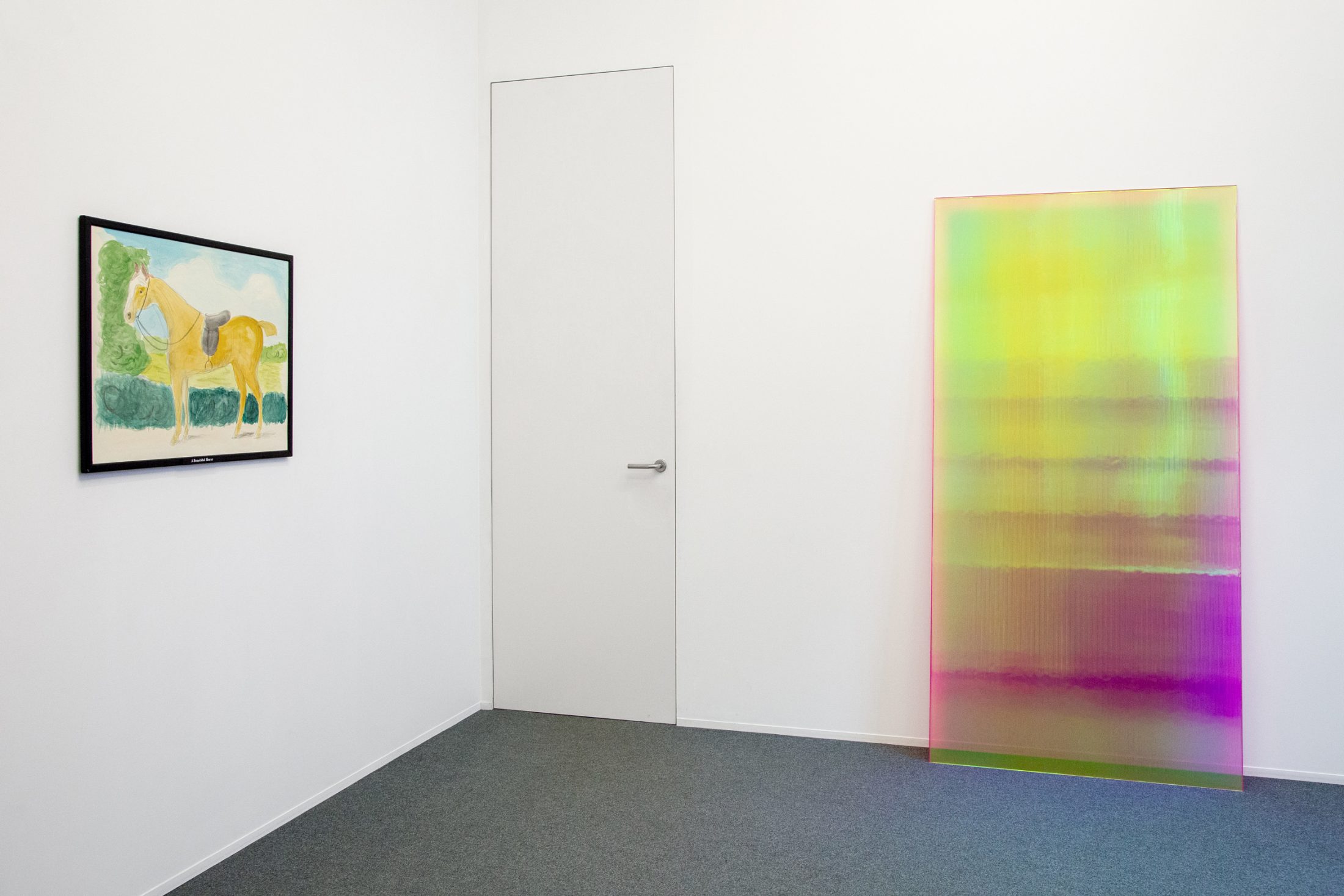 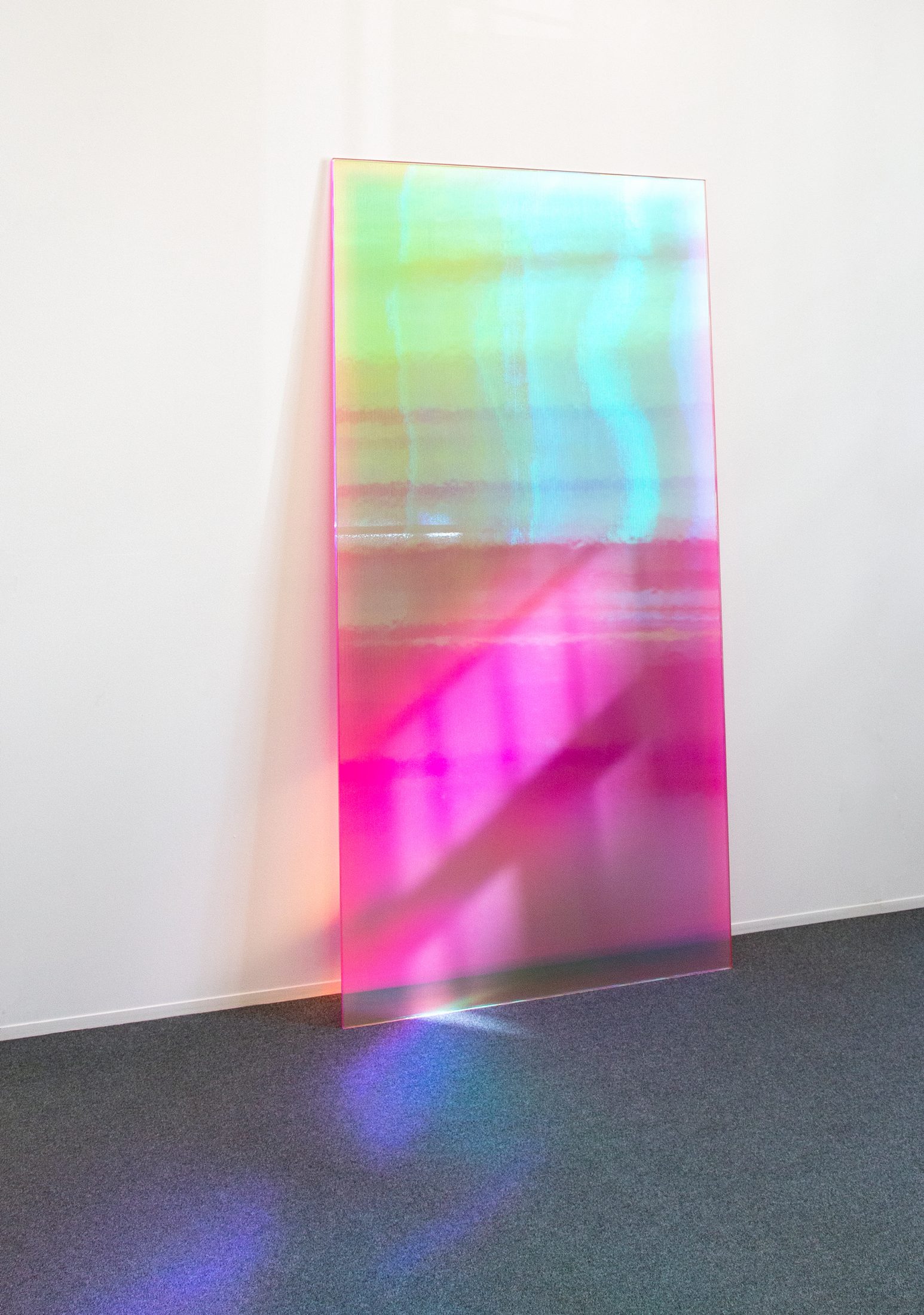 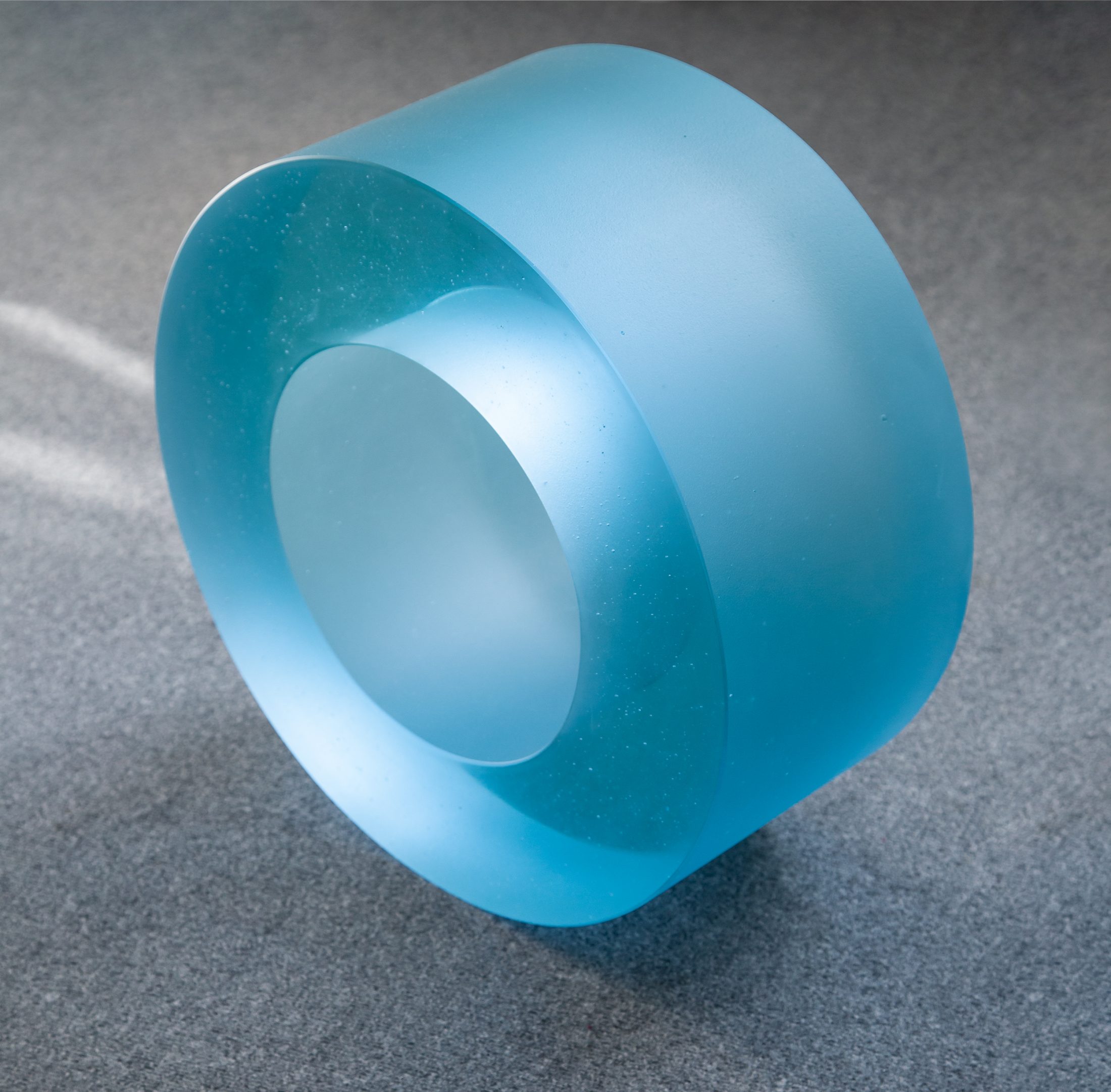 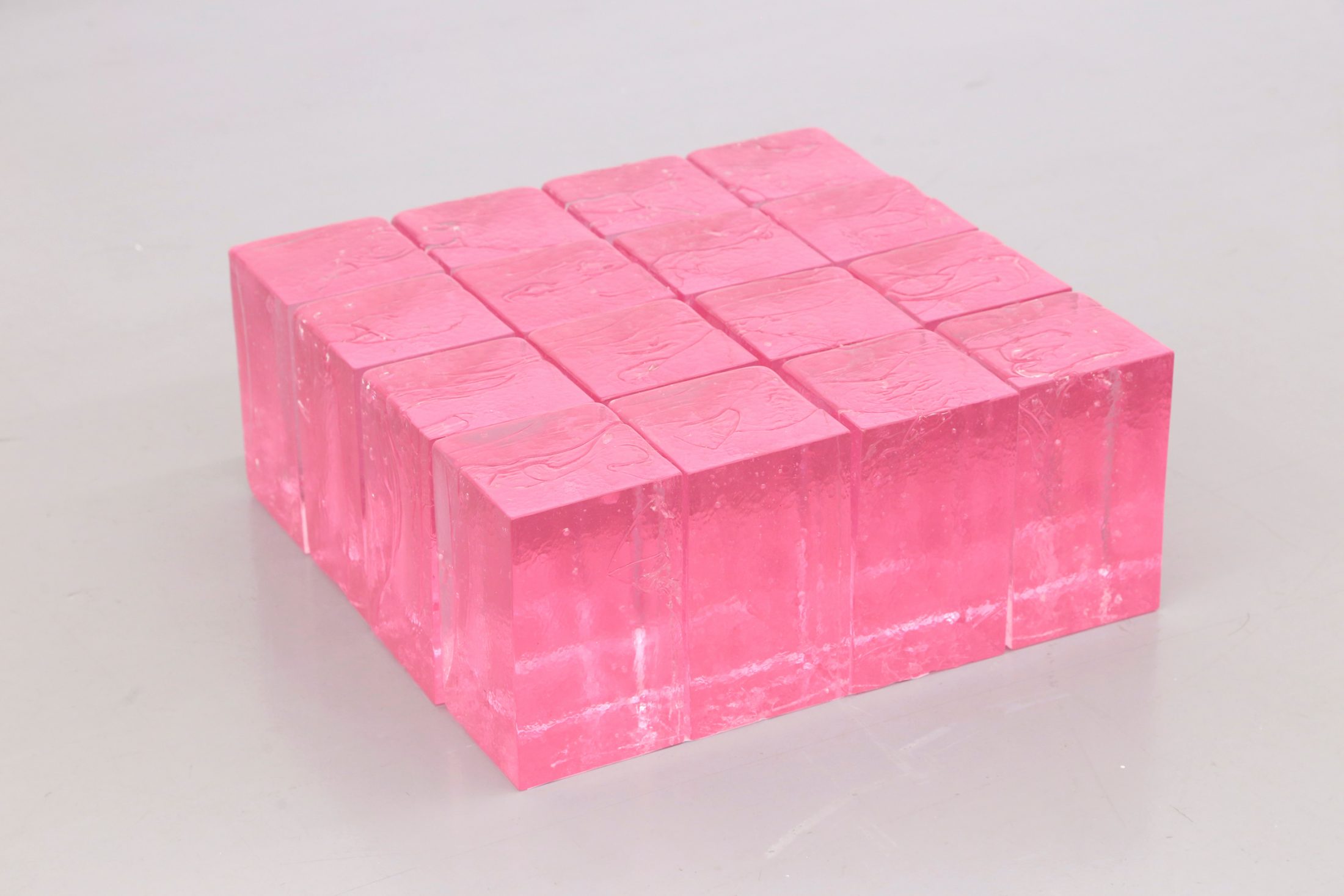 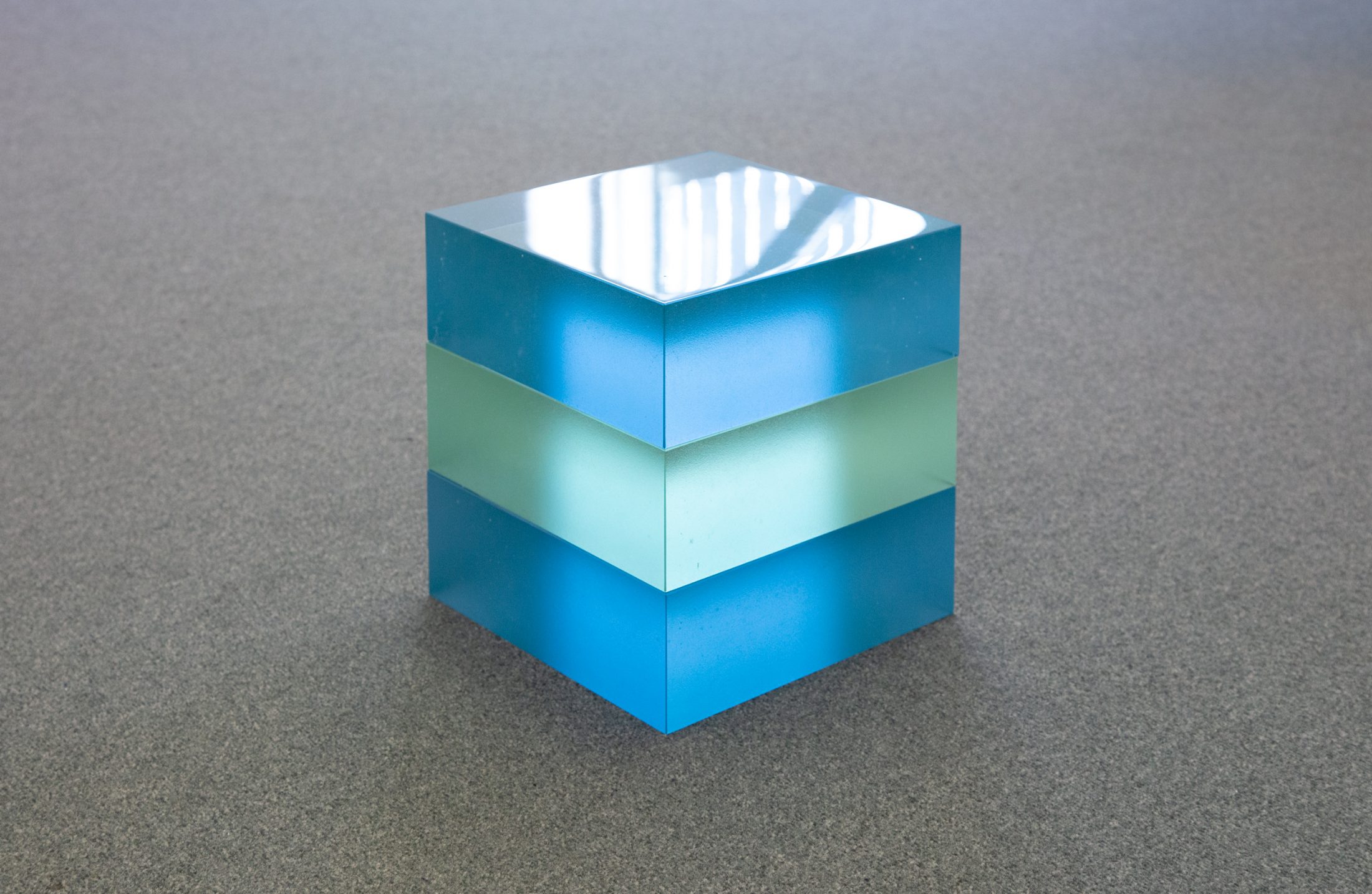 The slug had a forget-me-not in it’s mouth.

‘The slug had a forget-me-not in it’s mouth’ by Anne Daems belongs to a category of works by the artist that are situated ‘inside,’ a secluded private domain far removed from the outside world, just like in the video-installation ‘My Father’s Garden’ from 2008. This time Daems sets off from the (heavily promoted) standardized dream of the contemporary middle-class that yearns for the good life in harmony with nature: a house with a garden. She invokes the mood of this contemporary and private micro-paradise by means of watercolor paintings – a ‘feminine’ and homely medium that by itself conjures up images of gardens in bloom and sun-drenched nature – she even dares to paint flowers, as if she’s a bourgeois lady wishing to complement her ideal house-and-garden life with a fitting artistic activity.
But she infects these idyllic images with the ‘low-life’ world of worms, snails and vegetable waste that remains unseen in the popular vision of the house with a garden. She depicts the garden’s fragile beauty – the flowers – with an equal amount of love as the destroyers of it – the snails. Daems presents these watercolors horizontally on low tables, close to the ground where the world of worms and voracious snails is, covered up out of sight in the classical house with a garden ideal. On these tables are small bowls, plates and dishes where she has delicately placed – as in the opposite of home decoration – pieces of waste for the compost. In this way she slowly transforms the idyllic garden into a micro-dystopia, tilting it into a counter-ideal where beauty and waste, decoration and violence, sugarcoating and rotting have compromised each other.
Text by Dirk Pültau.

In the spring of 2015, the artists went underground for a few months.
Driven by The Three Know-it-alls, they worked on an impressive series of watercolors. Each watercolor was framed in a traditional way and given a title, unlike the five hundred drawings they had made in the framework of Das Wunder des Lebens. Again, a wide range of issues were covered. Images of horses alternated with impressions of nineteenth century London, the Roman Empire, still lifes of flowers, Italian landscapes and medieval monsters. The series can be regarded as a tribute to the old world, a celebration of the metier and also a reference to the aging of Western civilization. The Western individual, who can enjoy a well-deserved retirement after years of working, often grabs a painting brush in the autumn of his life. In an attempt for meaning, this group of people paints, sculpts or creatively manages the sea of time they now possess in one way or the other. When one finally dies these works of art end up with children or grandchildren who forget about them or throw them in the trash.
Fine Arts was only exhibited in its integrity in the Anglo-Saxon world because there, according to de Gruyter and Thys, the nostalgia for the past is greatest.