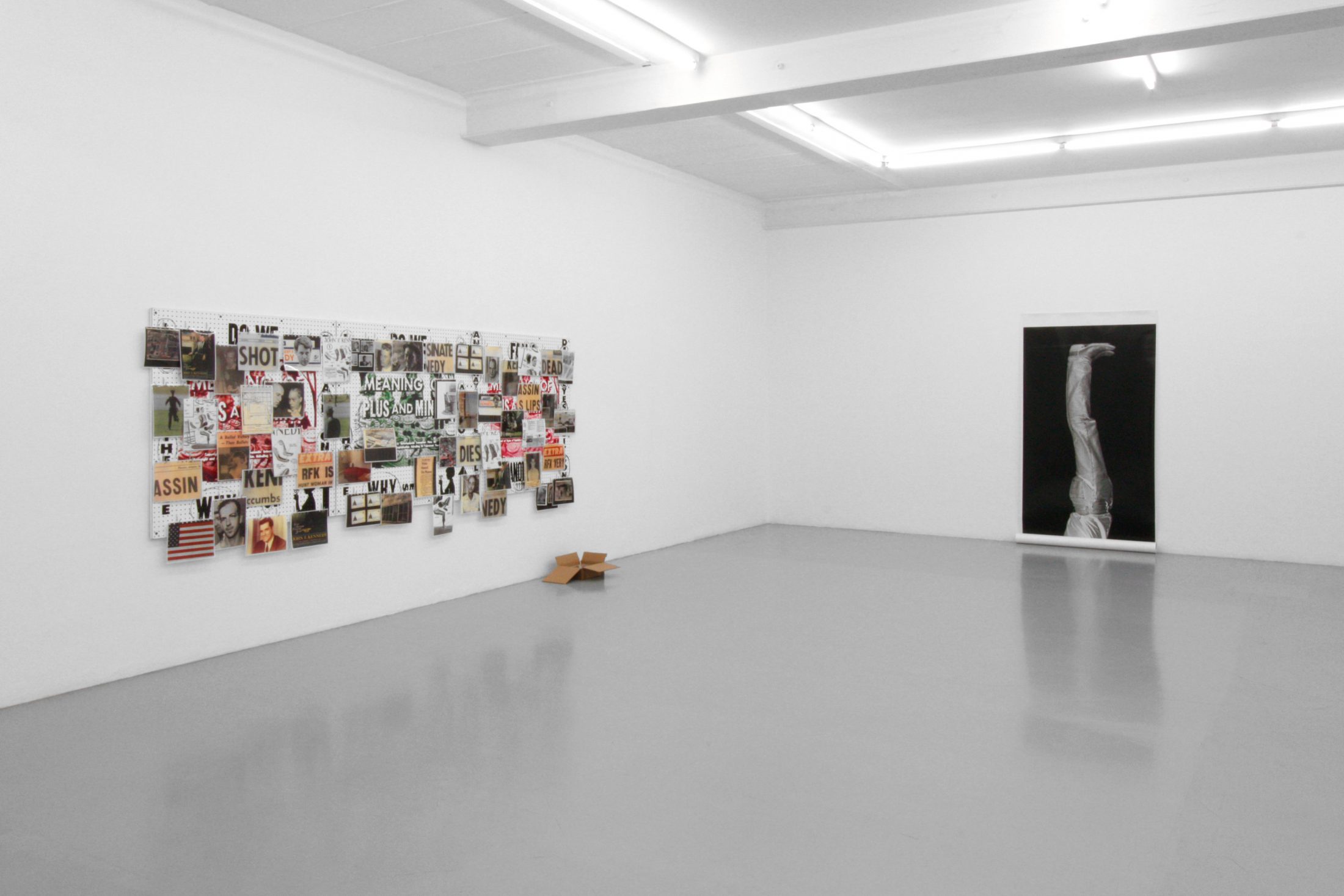 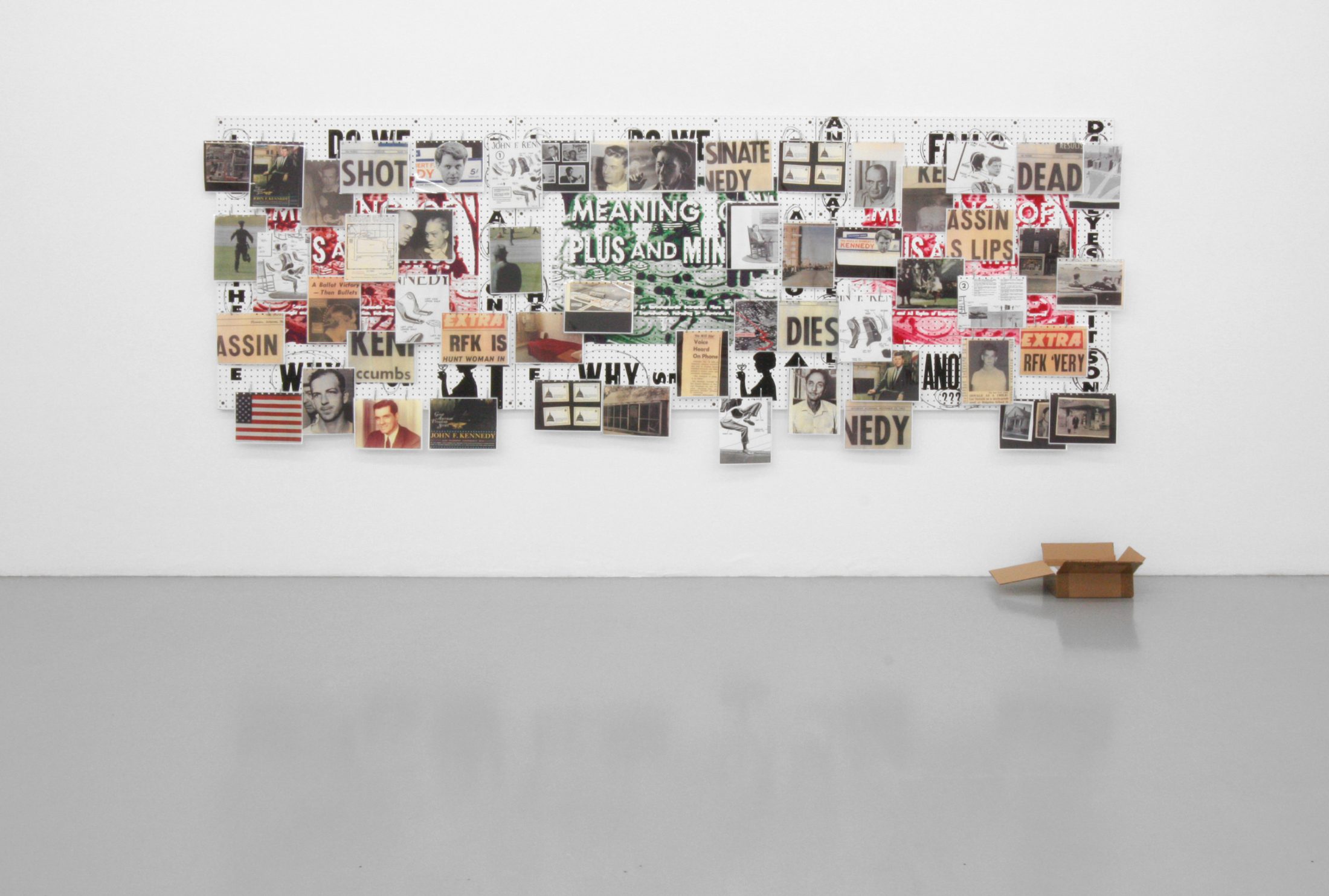 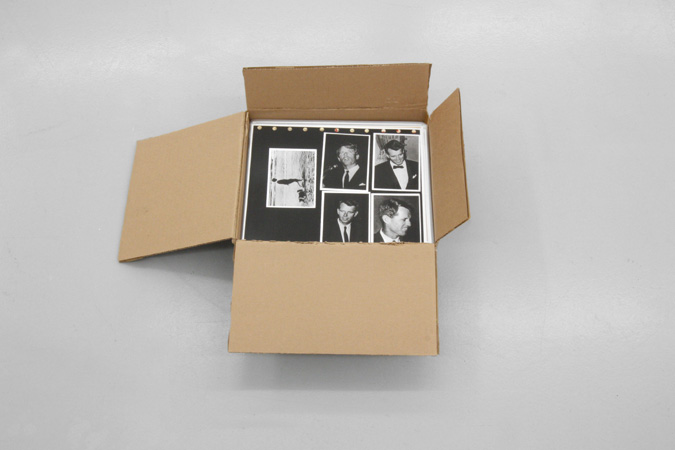 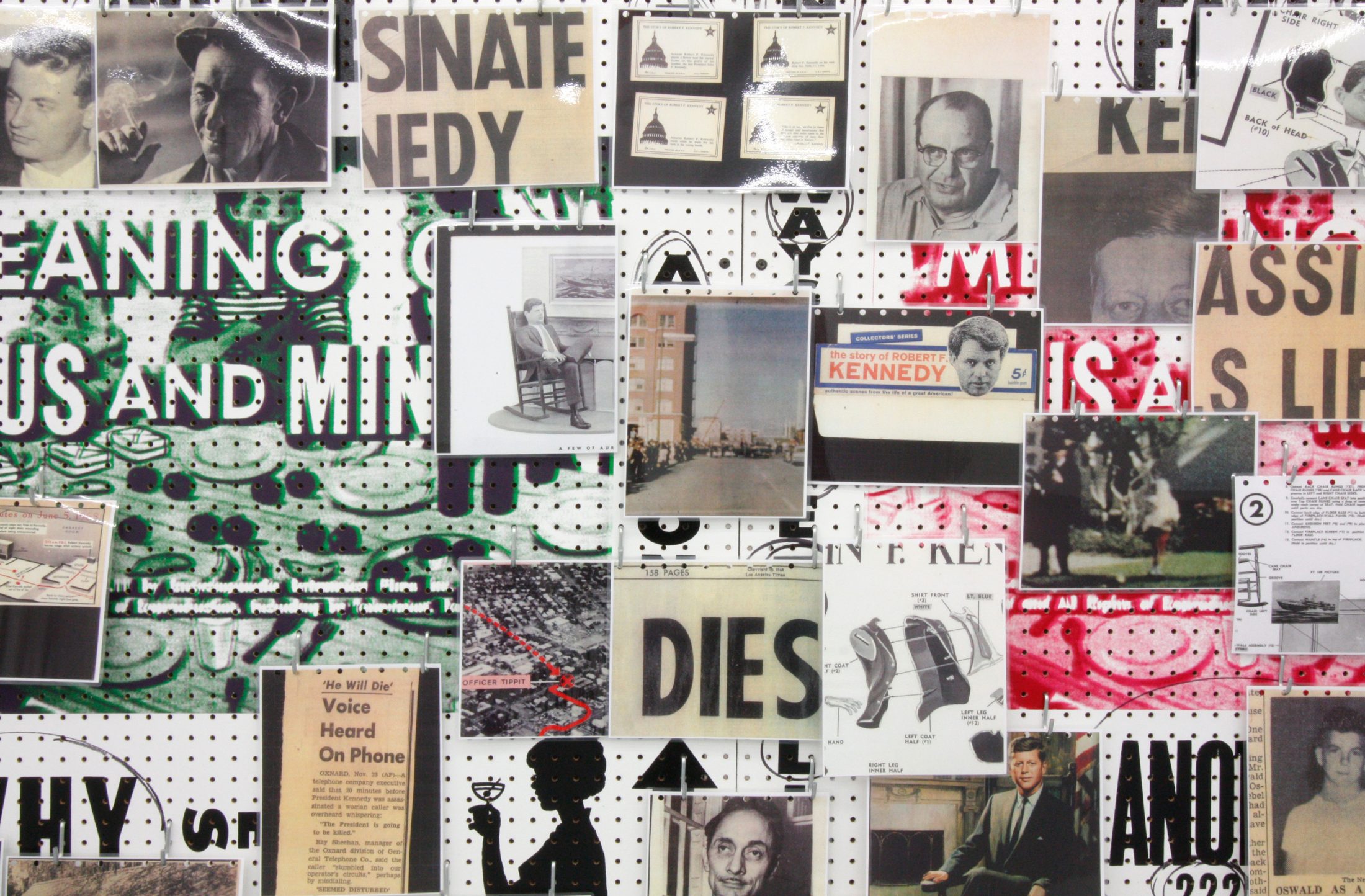 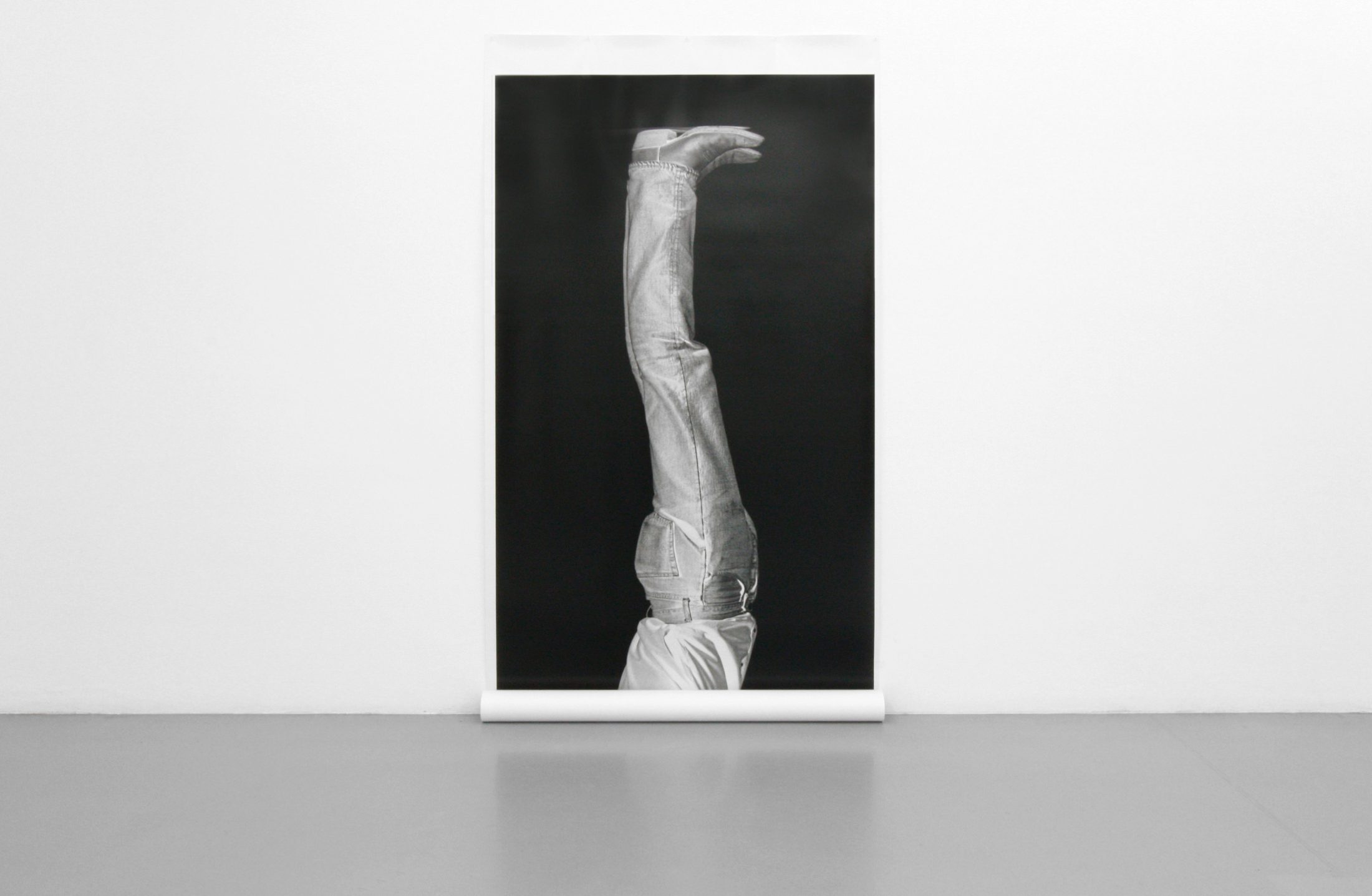 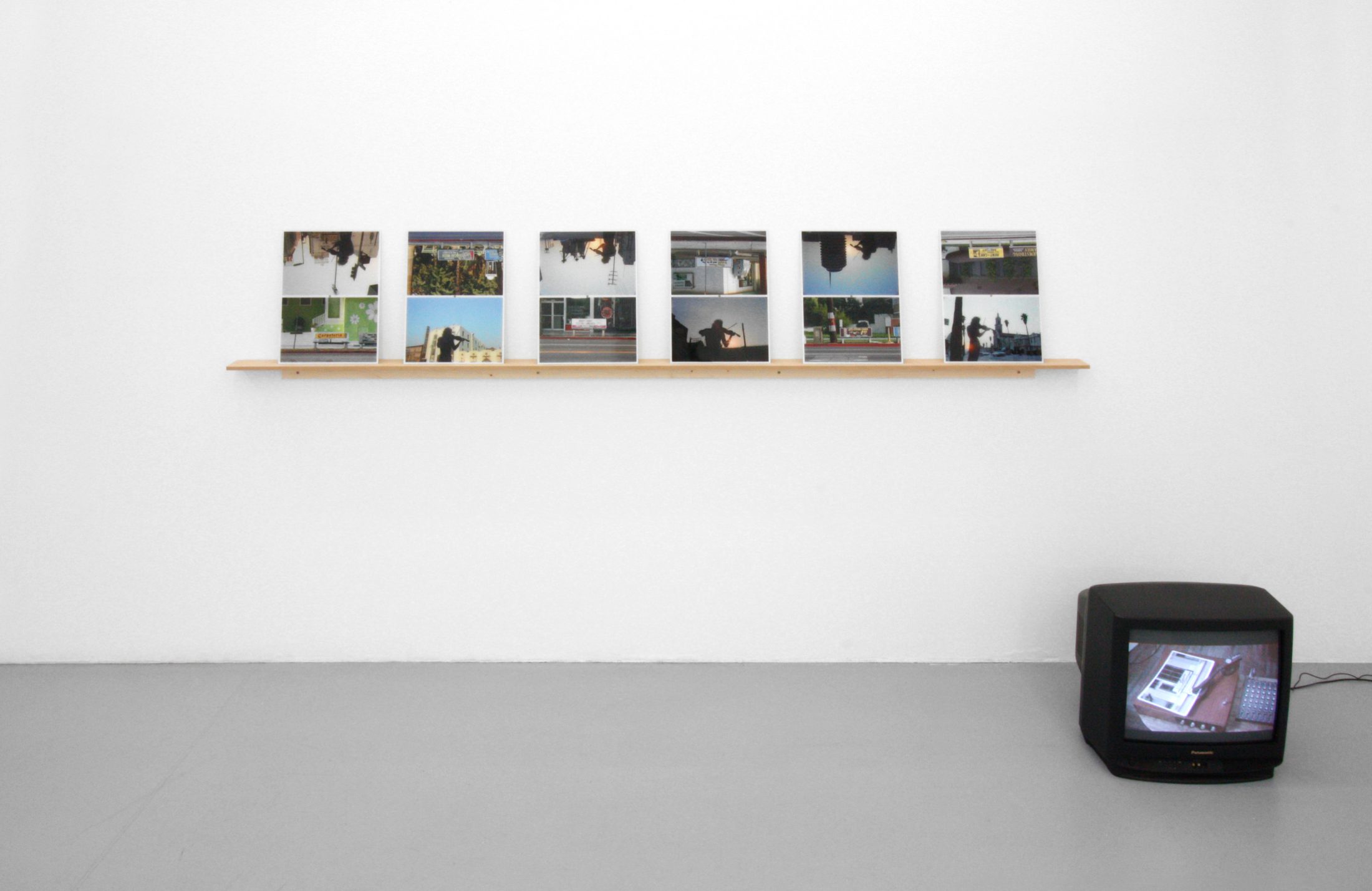 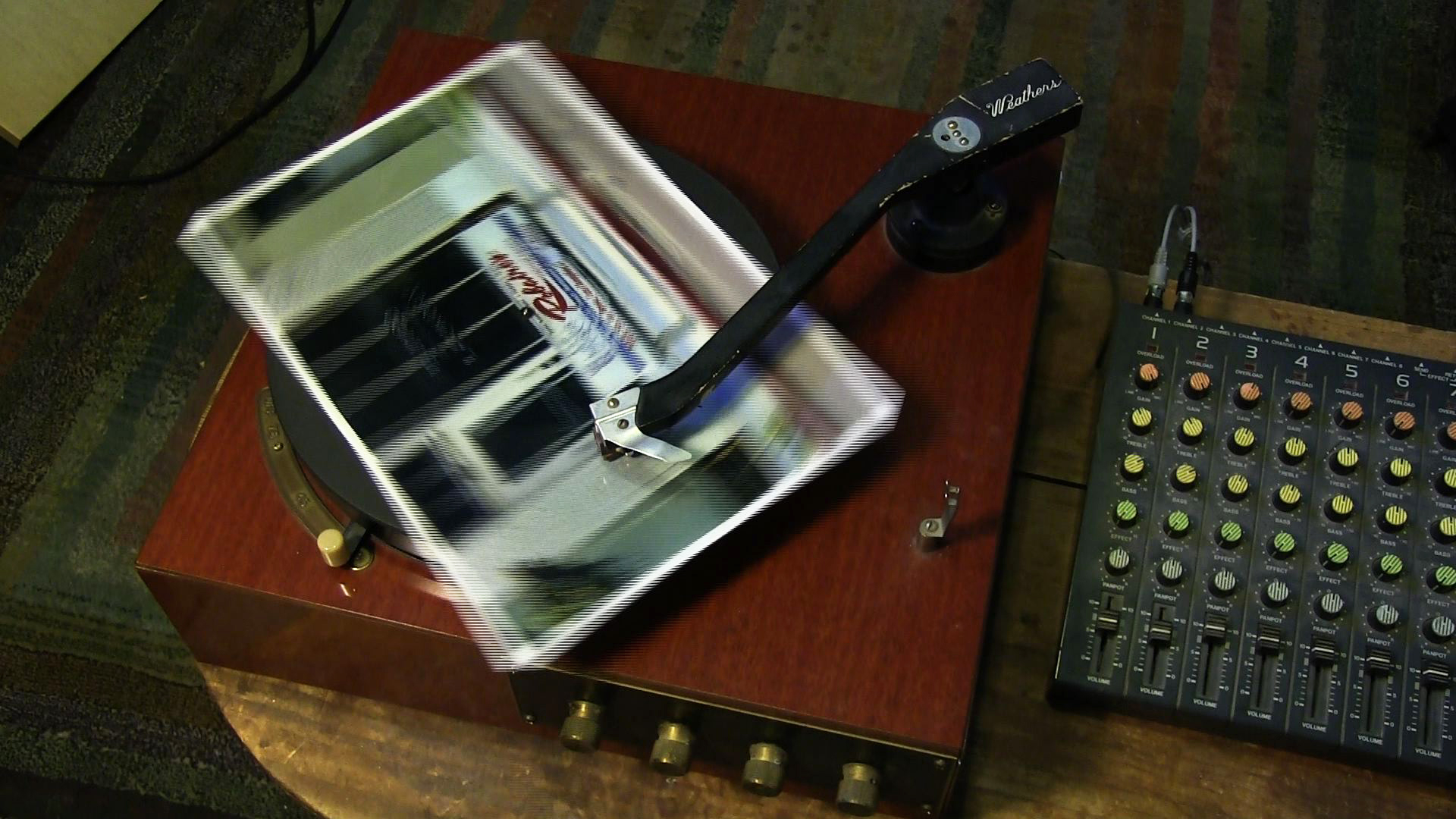 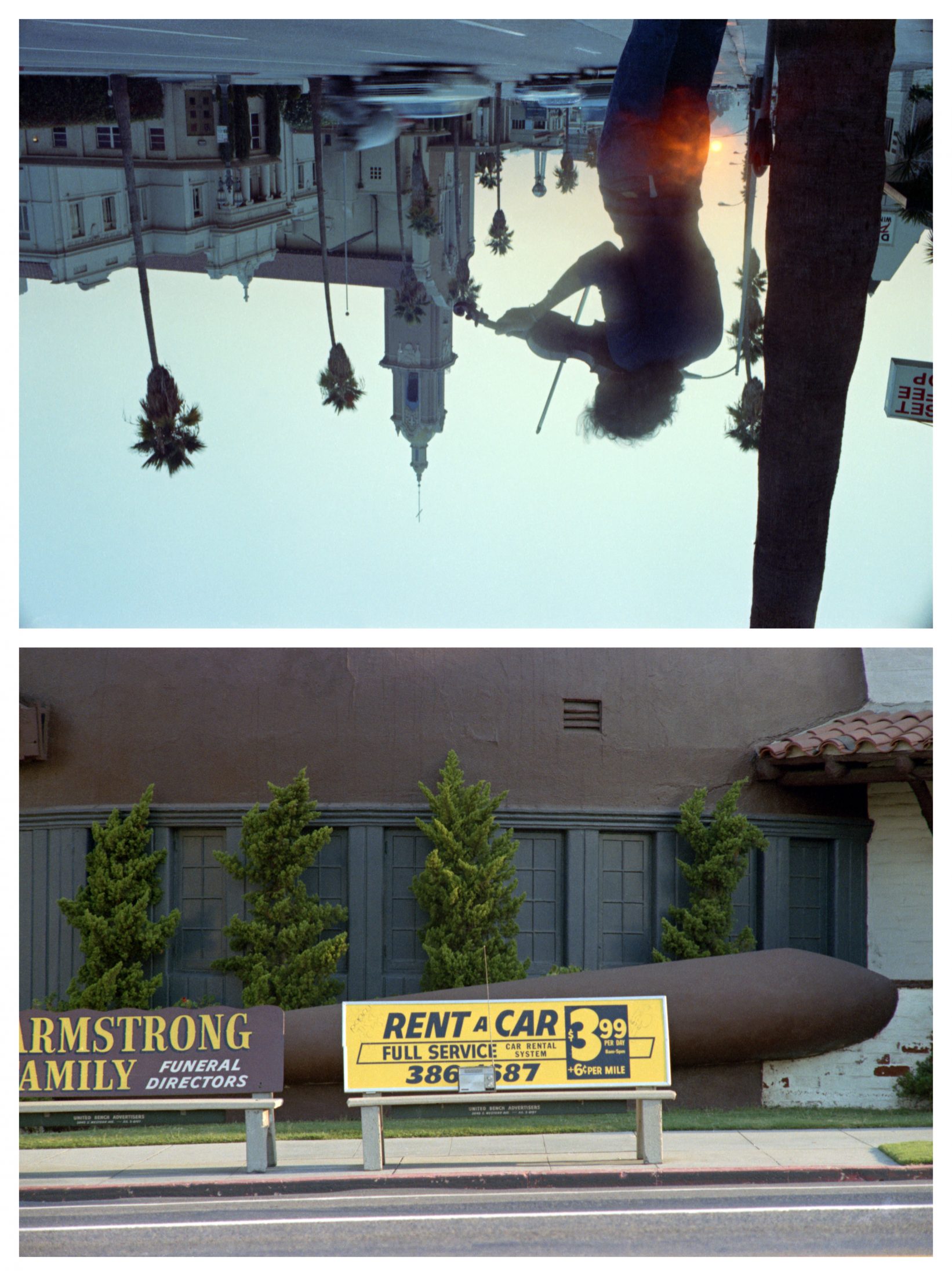 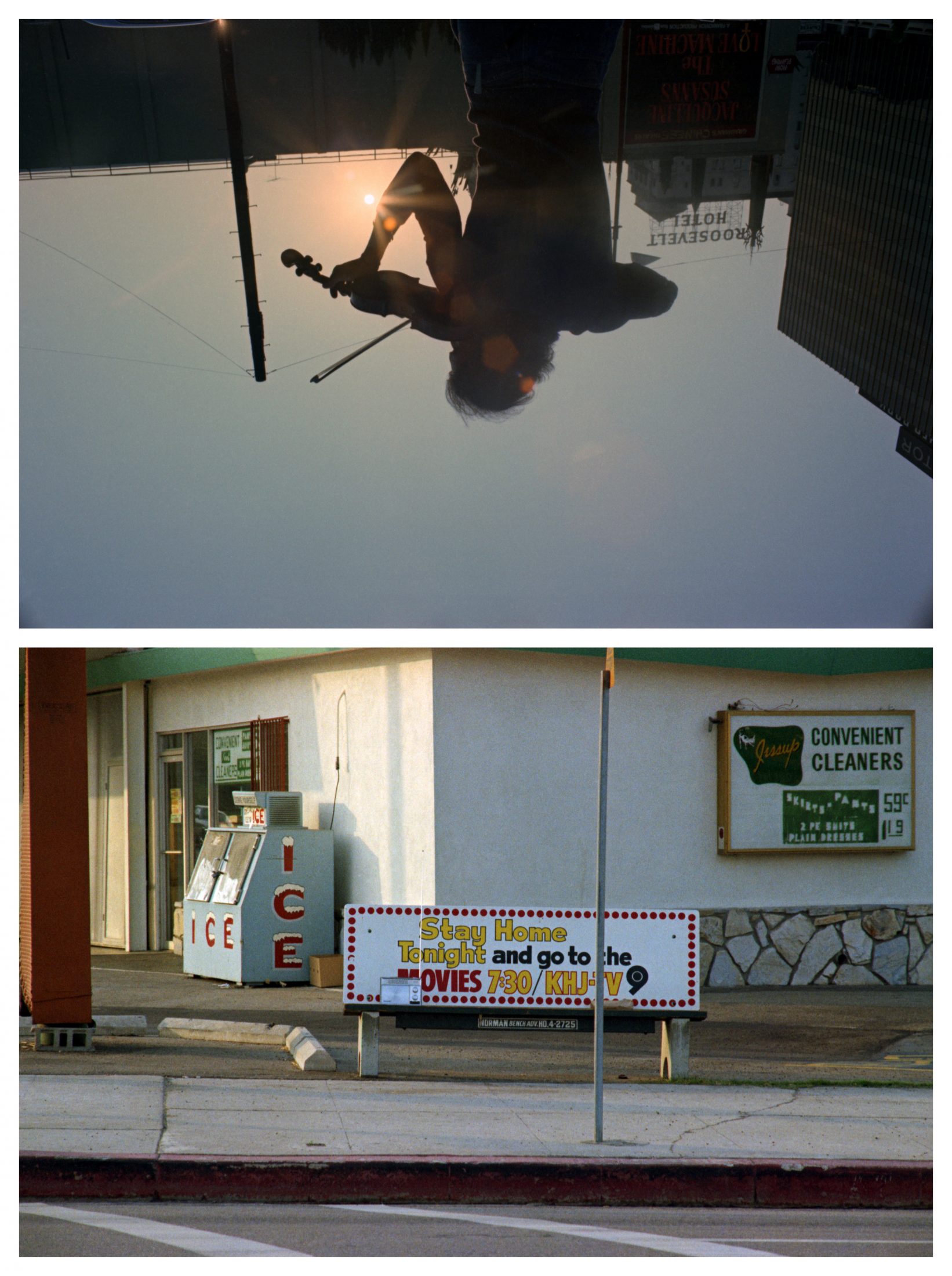 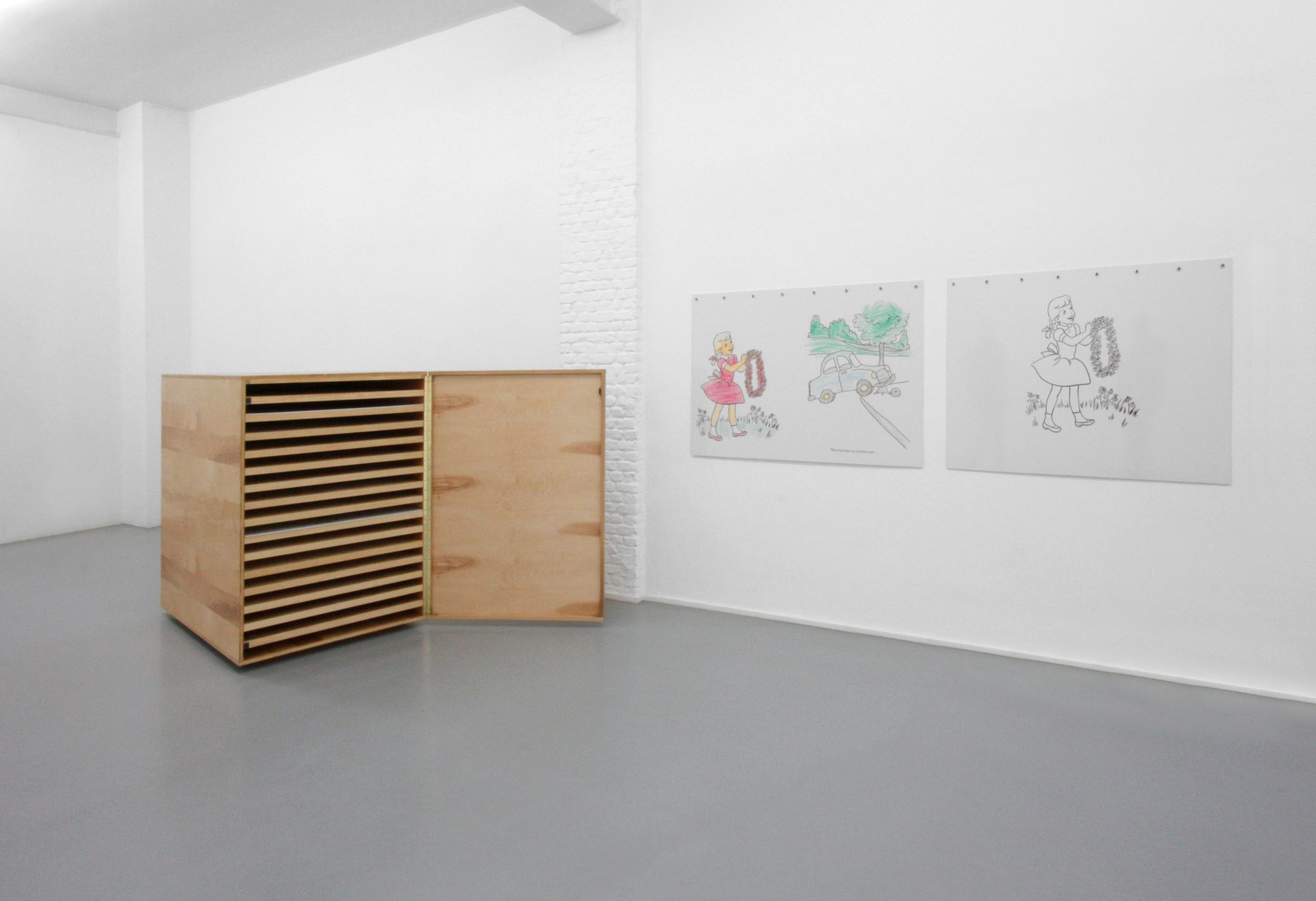 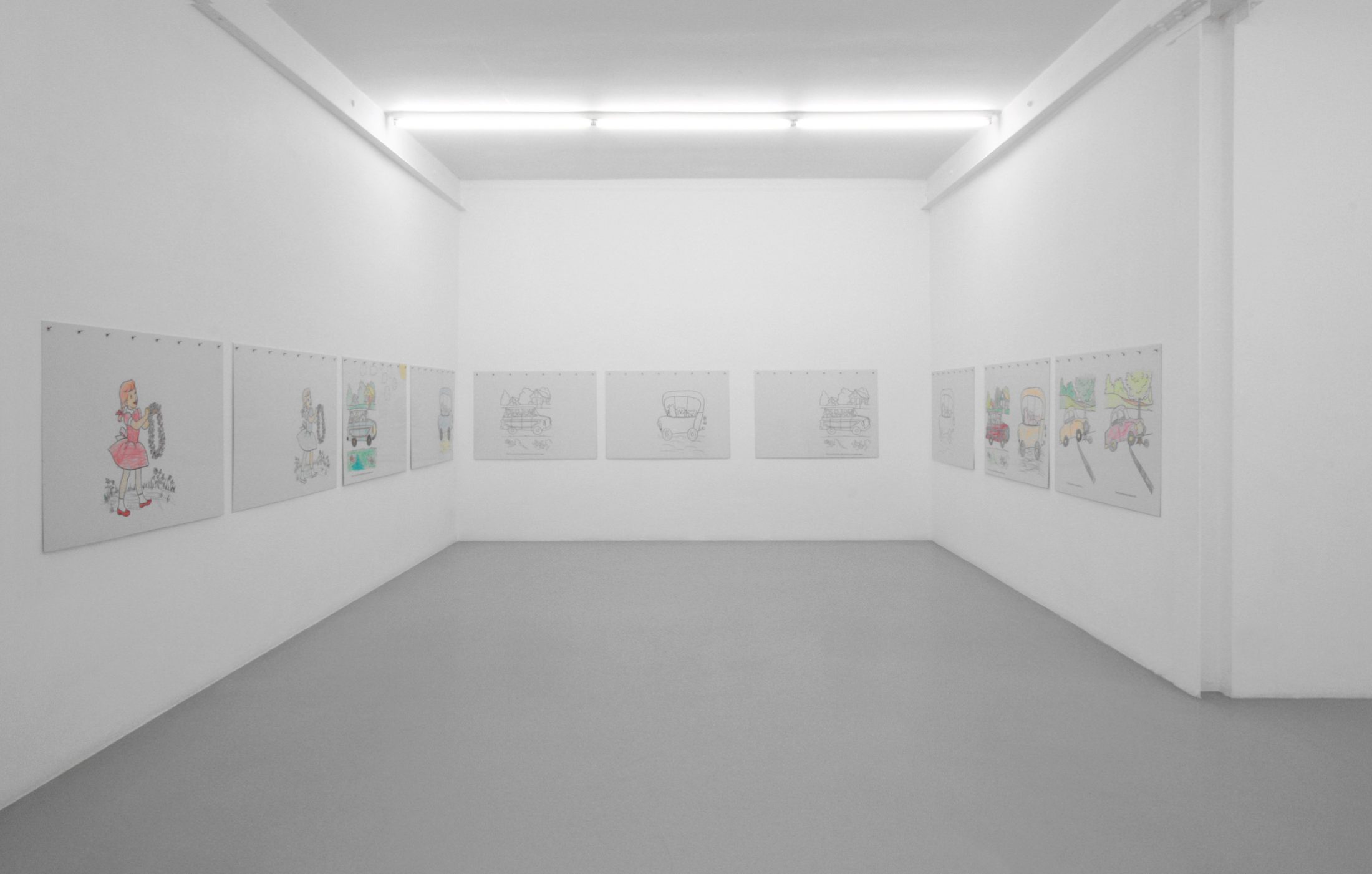 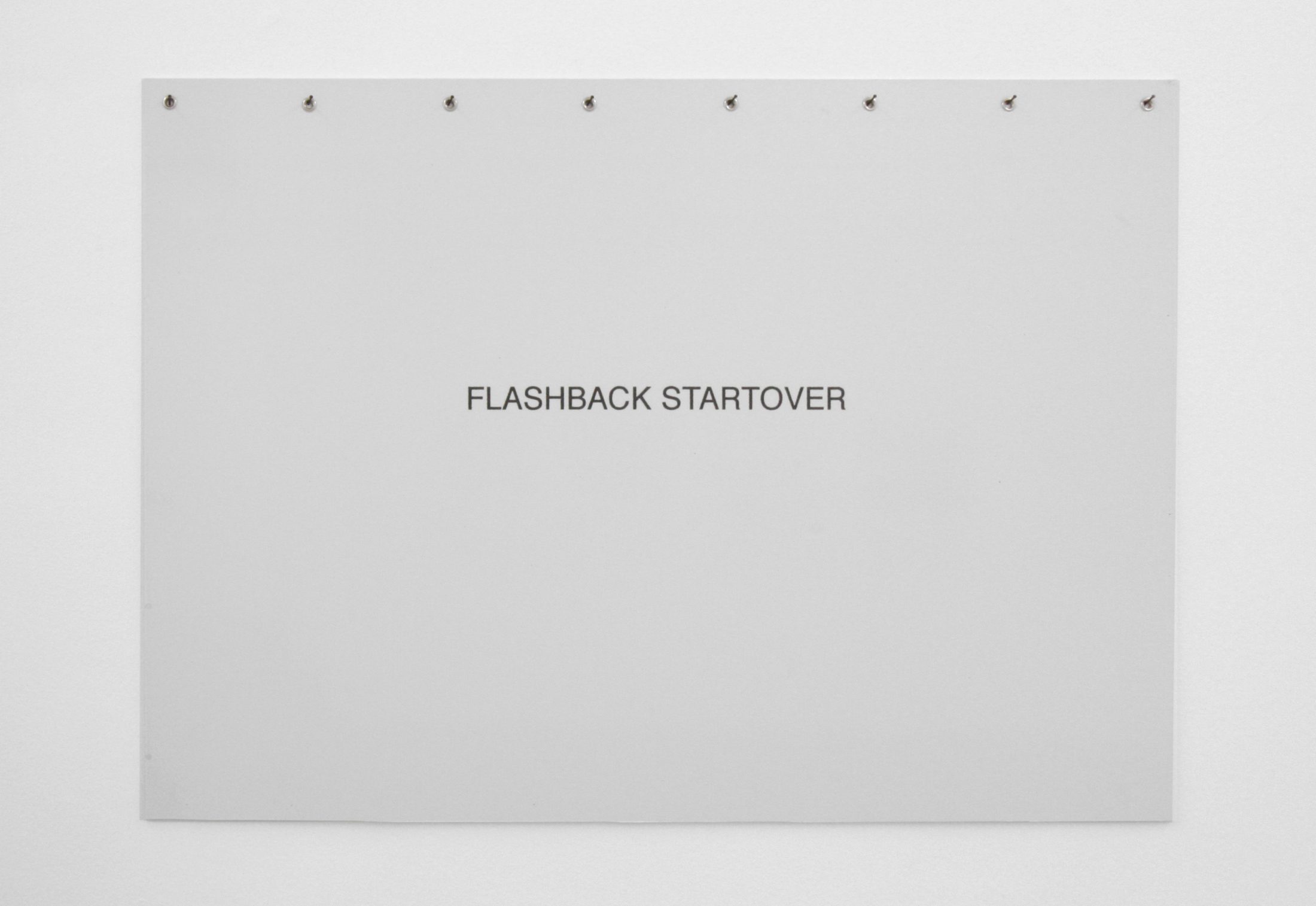 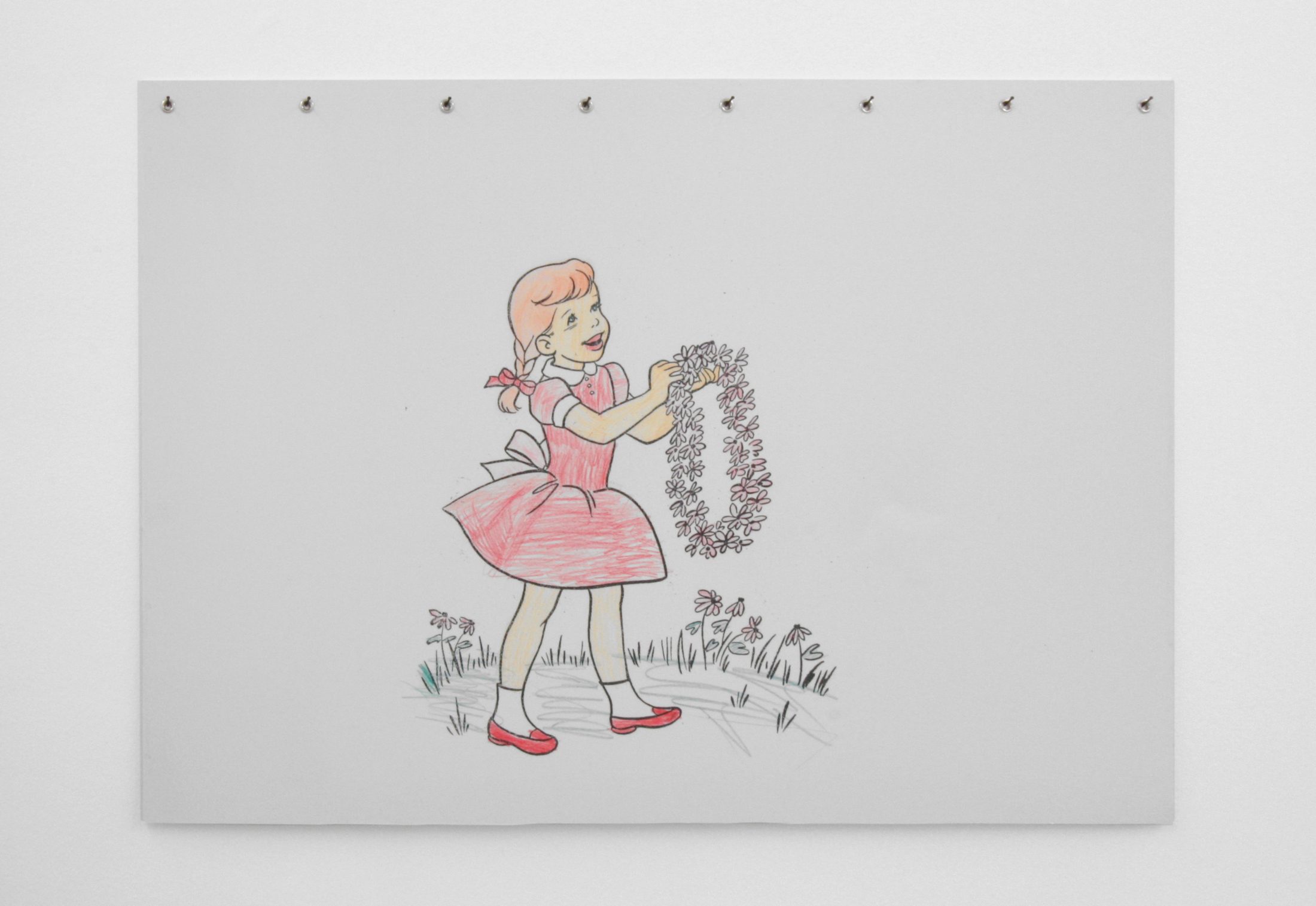 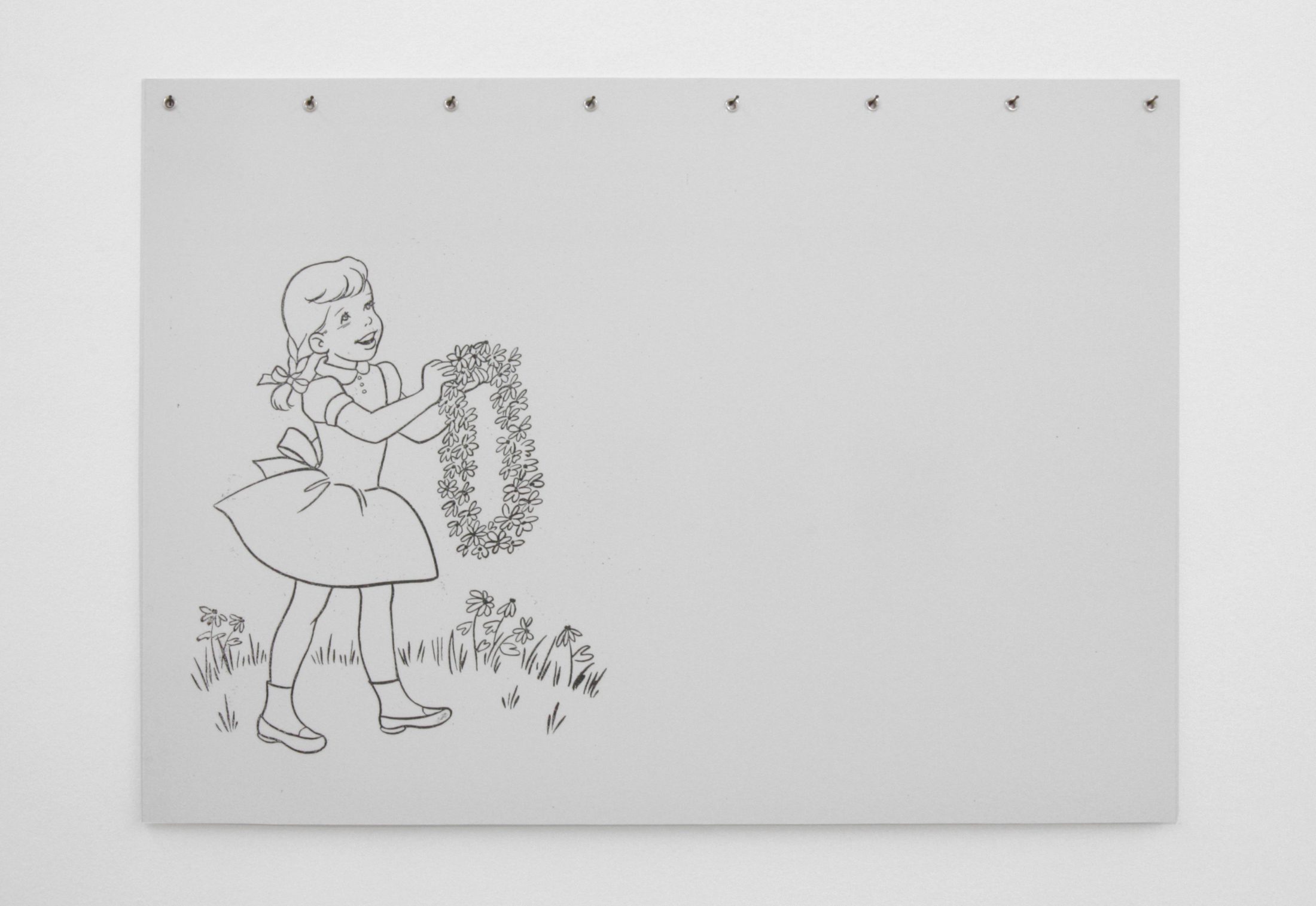 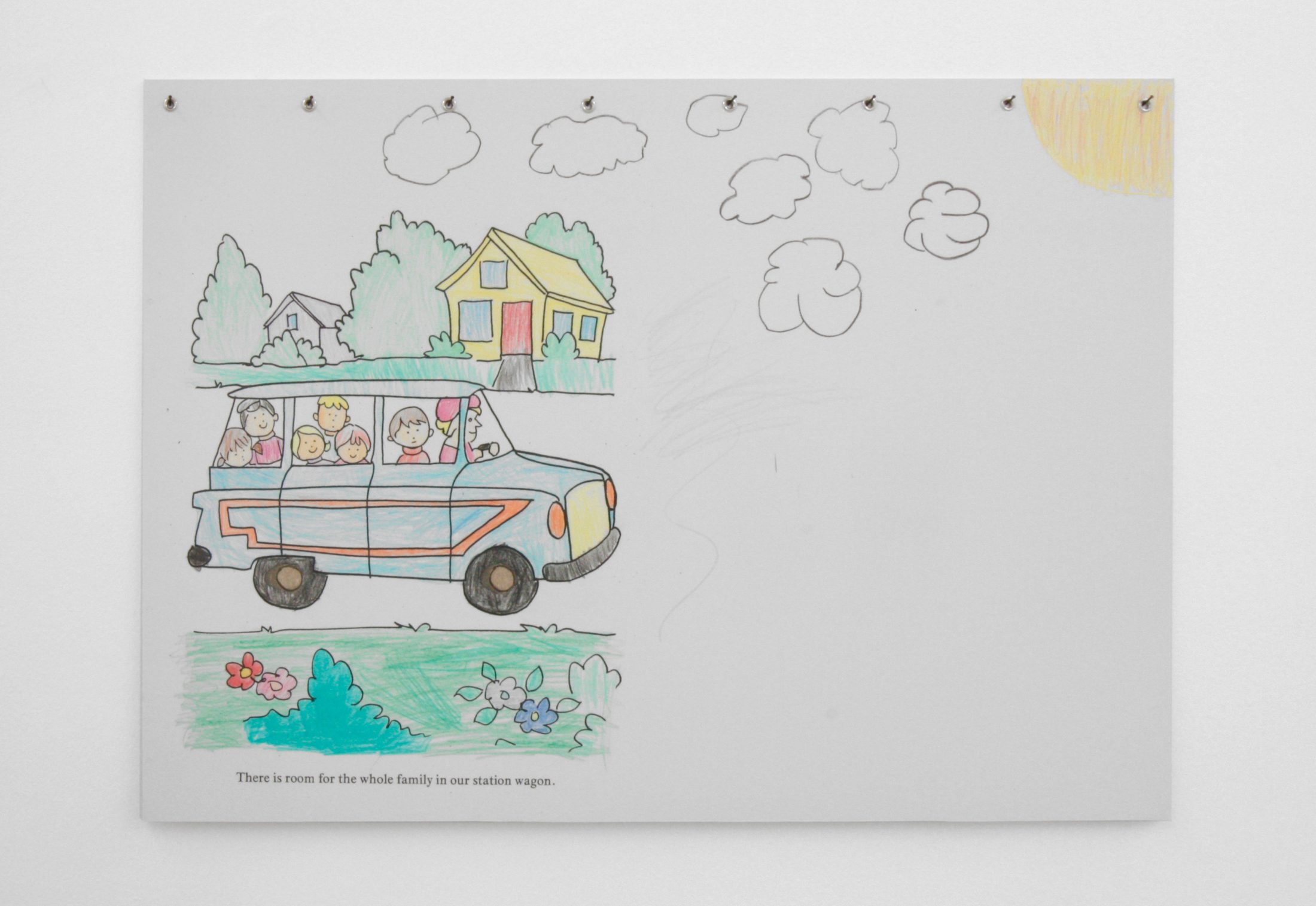 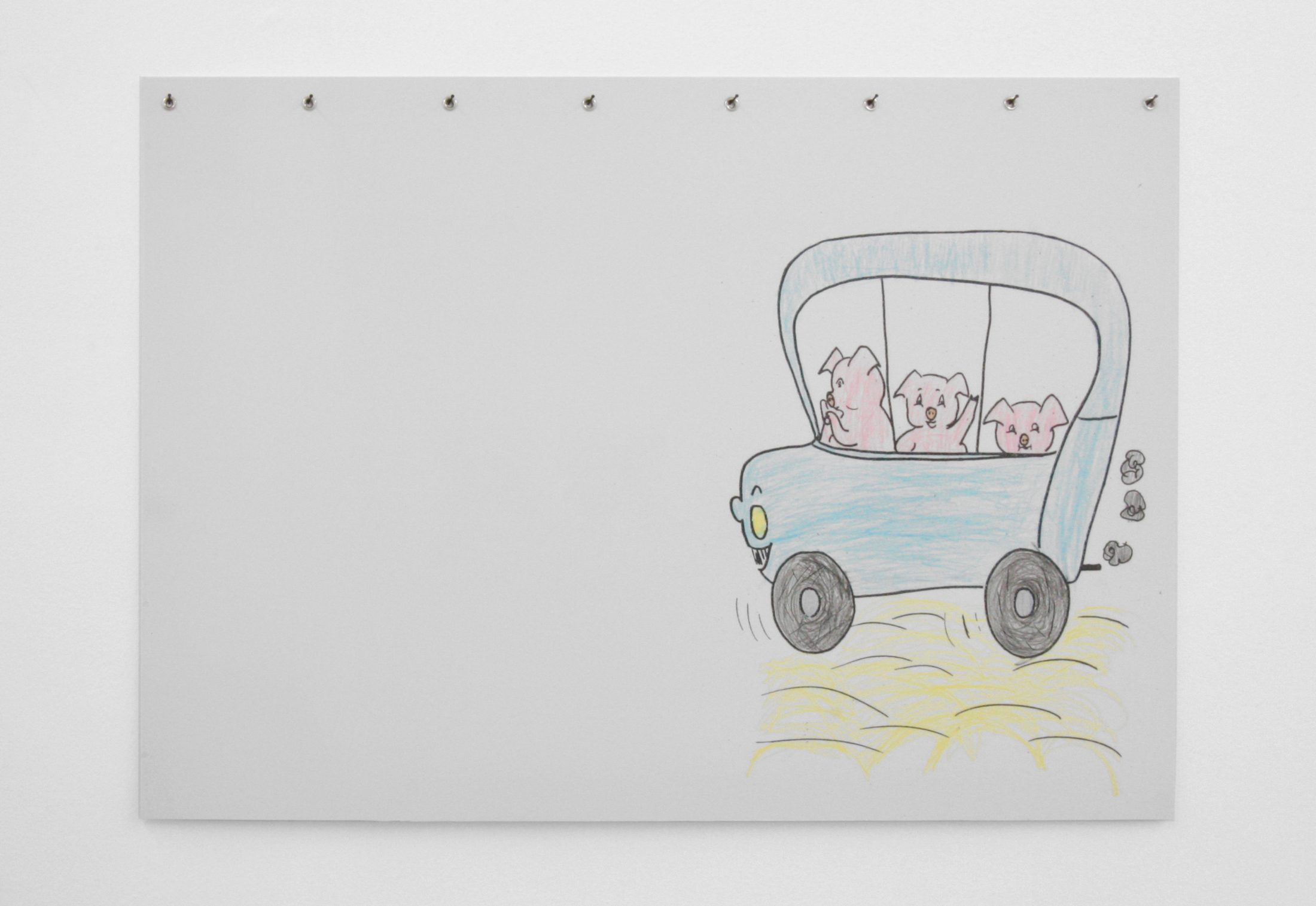 In the installation Who killed the Kennedys? (2012) colorfully silk-screened pegboard panels are covered with various laminated color copies. The material that doesn’t fit onto the pegboards is stacked into a cardboard box below, a visual reminder of the myriad of alternative narratives waiting at the periphery. The pegboards themselves hark back to an earlier time, when they were ubiquitous in hardware and five-and-dime stores.

My Secret Life (1974/2012) is a large black and white photograph which is hung upside down and partially rolled up on the wall like a scroll, revealing only the bottom part of the image: the profile of a man (presumably Ruppersberg) wearing blue jeans and cowboy boots. Its title is reminiscent of, and equally suggestive as, Ruppersberg’s publication The Secret of Life and Death, an entertaining meditation from 1977 on categorization and entropy, each statement beginning with “Some men…” and end with “Others do not.” (“Some men see things others should not and doubt what they hear. Others do not.” Or “Some men use the words of other men. Others do not.”) This structure alternates with versions where the words have fallen out of a sensible order, such as “For cry the some past secretly men. Not do others.”

Poem #1 Flashback Startover (2001/2012), which takes up the second room, consists of a wall of laminated panels. Each panel is one page of the poem, which are extra large blowups from children’s coloring books, hand colored by children of about 7 years old. As Tim Griffin stated: ‘If ever there were an artist whose practice seemed premised on Jacques Ranciere’s idea of the spectator who “makes his poem with the poem that is performed in front of him,” it is Allen Ruppersberg. […] Ruppersberg’s own recasting of language is foregrounded at the same time as the act of reading is activated—the poem placed in the viewer’s body, in effect, as one inevitably must mouth the words in order to recompose and decipher them for oneself.’